As ecommerce increased during the pandemic, so did fraud. According to a new survey by Riskified, in the U.S., more than three quarters (82%) of retailers said that they have seen an increase in fraud attempts since the pandemic began; promo abuse had the biggest impact (46%) on revenues, followed by account takeovers (43%). 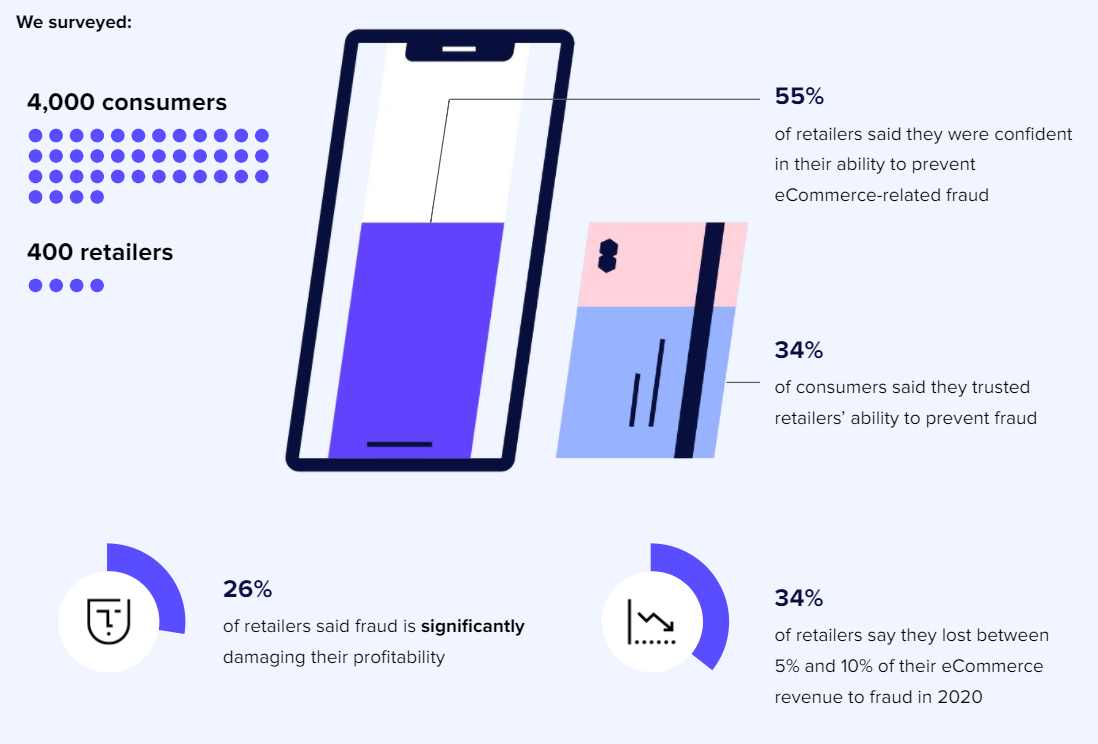 Above: Key findings from Riskified’s eConfidence survey, comprised of 4,000 consumers and 400 retailers.

A confidence gap between retailers and consumers globally was also unearthed; more than half (55%) of all retailers said they were confident in their ability to prevent ecommerce-related fraud, even though only 34% of consumers trust in retailers’ ability to do so. On top of that, 40% of consumers place more blame on the retailer where their account was compromised than on the fraudster.

This information is critical for retailers to understand, as 66% of U.S. consumers said they wouldn’t buy online again from a shop where their account was compromised.

Merchants who opt to leverage fraud-prevention solutions, such as those offered by Riskified, will see increased trust and confidence with their customers, the report says.

Read the full report by Riskified.

"It Is A Universe, Not Just A Game," Todd Howard Talks Starfield

Yonder: The Cloud Catcher Chronicles: A Guide to Getting Started