With a lengthy campaign and unique Enoch planet setting, People Can Fly’s Outriders surely hides a lot of references and easter eggs players have only begun to discover. In one such finding, apparently, the developers hinted at the Dragon Age universe by Bioware, and it’s a multi-layered one.

You can find this easter egg in the Deadrock Pass area, where your Outrider ends up during the first half of the game. If you looking for all the side content in Outriders, you’ll find the guy named Alastair Cullen, who will give you A Free Market mission, Game Informer wrote. You may notice his name already has a reference to Dragon Age’s well-known characters Alistair and Cullen, who were Templars in the dark fantasy world. However, things are becoming even more interesting.

The point is, Alastair Cullen in Outriders spends his time snorting up some drug to help him overcome his other needs, like constant hunger. If you ask him whether it’s legit at all, he just answers this substance “keeps the people of Deadrock agreeable,” therefore, it’s recommended by superiors. What’s interesting is that such an outline makes a direct parallel to Templars and their reliance on Lyrium in the Dragon Age franchise. The members of the order use the substance to keep people agreeable too, only the matter is also the cause for their anti-mage powers. 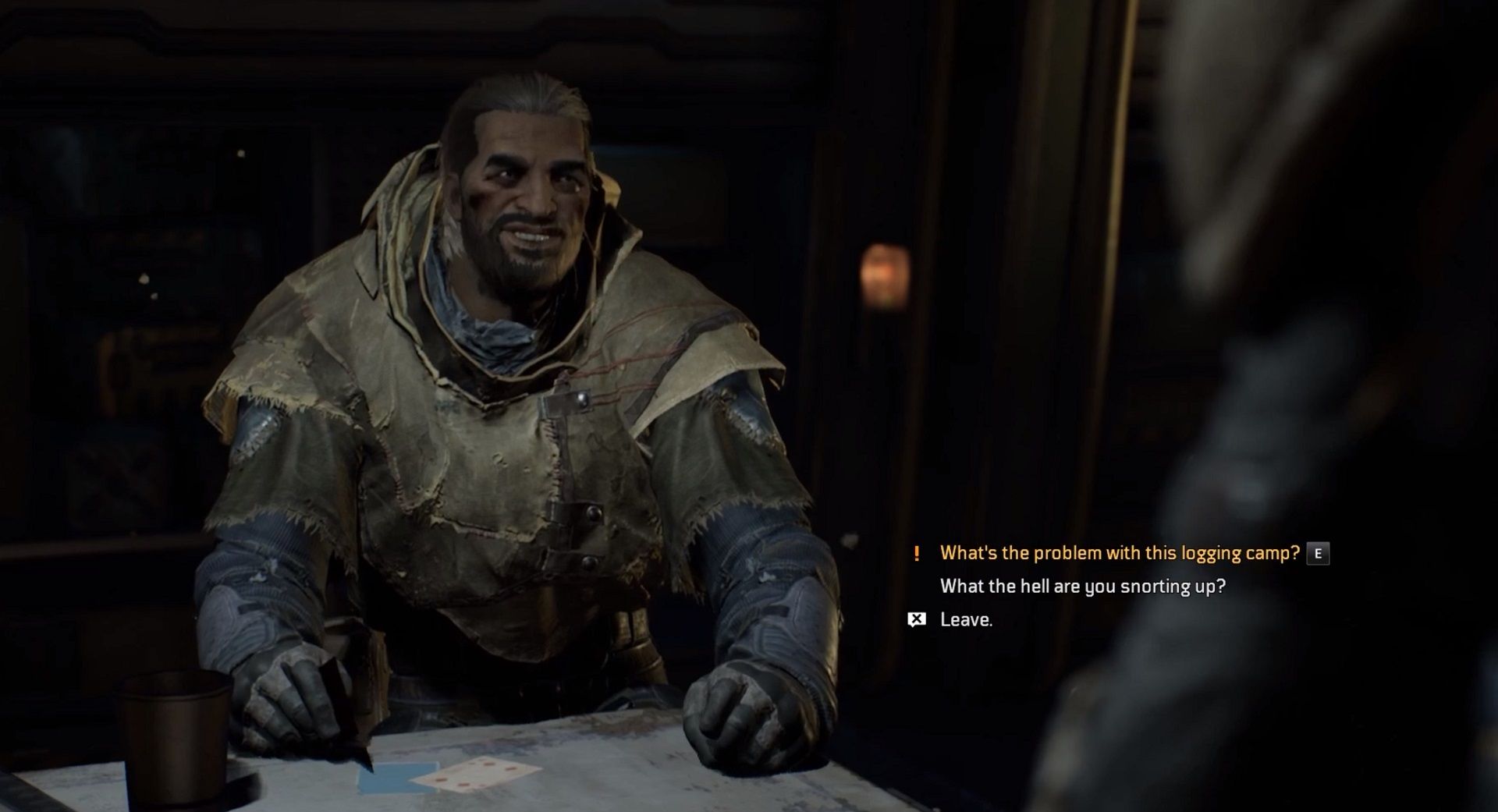 Outriders showed some big numbers for People Can Fly just from the start. The game has surpassed expectations by amassing a concurrent player count of over 125,000 on Steam during the first weekend. Unfortunately, many players experienced troubles with Outriders server disconnects, which hampered the excitement, leading to an array of negative reviews on Steam.

Due to the technical issues, the developers were forced to temporarily turn off crossplay between PC and console in Outriders. The team is hoping to restore the feature in the upcoming update, which will be available next week. The patch will also fix some annoying bugs in the game, like HUD disappearing or players getting stuck on geometry.

For those who enjoy Outriders right now, be sure to check some helpful guides to make your time with this looter-shooter even more pleasing. For example, you can find tips about legendary items farming in the game, or finally decide should you dismantle or sell your gear to free some space.