Home » News » Overwatch 2 Battle for Olympus – what is it and when does it start? 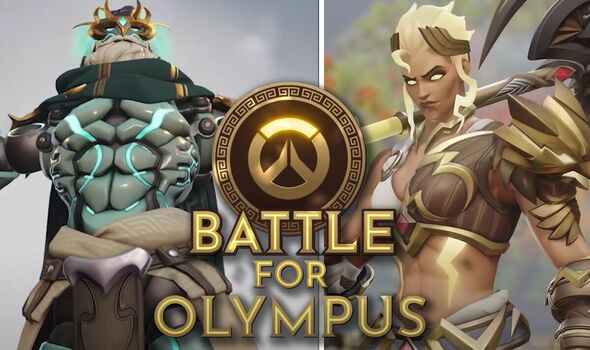 The Overwatch 2 Winter Wonderland event may have come to an end, but Blizzard has a brand new limited-time game mode ready to take its place. As part of the season 2 festivities, Blizzard is getting ready to unleash the brand new Battle for Olympus LTM. If you want to check out the new game mode the moment it goes live, then you’ll be pleased to find out that the Battle for Olympus update has a January 5 release date and a 6pm GMT UK launch time.

As you can see from the trailer below, Battle for Olympus takes its cue from Greek mythology.

This includes new skins and abilities modelled after Greek gods and mythological figures. Hopefully fans will be able to unlock the skins through play.

Widowmaker, for example, takes on the appearance of the Gorgon Medusa, complete with the ability to turn enemies into stone.

Unlike the team-based antics found in traditional Overwatch game modes, Battle for Olympus is a free-for-all deathmatch in which the person with the most eliminations wins.

Blizzard explains more: “Introducing Battle for Olympus, a free-for-all deathmatch mode featuring seven of your favourite Heroes with reimagined abilities that channel the power of the Gods!”

One of the most exciting aspects of the new mode is the opportunity for one hero to become immortalised within the game world.

The hero with the most eliminations when the LTM ends on January 19 will be honoured with a statue in Ilios.

If you have a favourite character from the seven featured in the event, then you can help prove they’re the best by racking up as many kills as possible.

Needless to say, the Battle for Olympus event will have its own set of rewards and challenges, which will be revealed once the update goes live.

Battle for Olympus will be followed by the traditional Lunar New Year event, which starts on January 20.