Home » News » Overwatch 2 May Launch This Year, According To PlayStation Brazil

Overwatch 2 still remains very mysterious, with only a few hints given about the game in the form of character redesigns and a couple of gameplay trailers. However, it seems that the game may be released sooner than previously thought, if a now-deleted tweet from PlayStation Brazil is to be believed. According to the company’s twitter, Overwatch 2 may be released this year.

The tweet, posted by PlayStation Brazil on January 6th, says that “2020 will be the year Overwatch 2 comes to PS4.” The tweet has since been deleted and has not been replaced, which implies that this information was not meant to be posted. However, it is unclear why the tweet was deleted. It seems that either the information itself was incorrect or the account posted the release date ahead of schedule, before any official announcement. 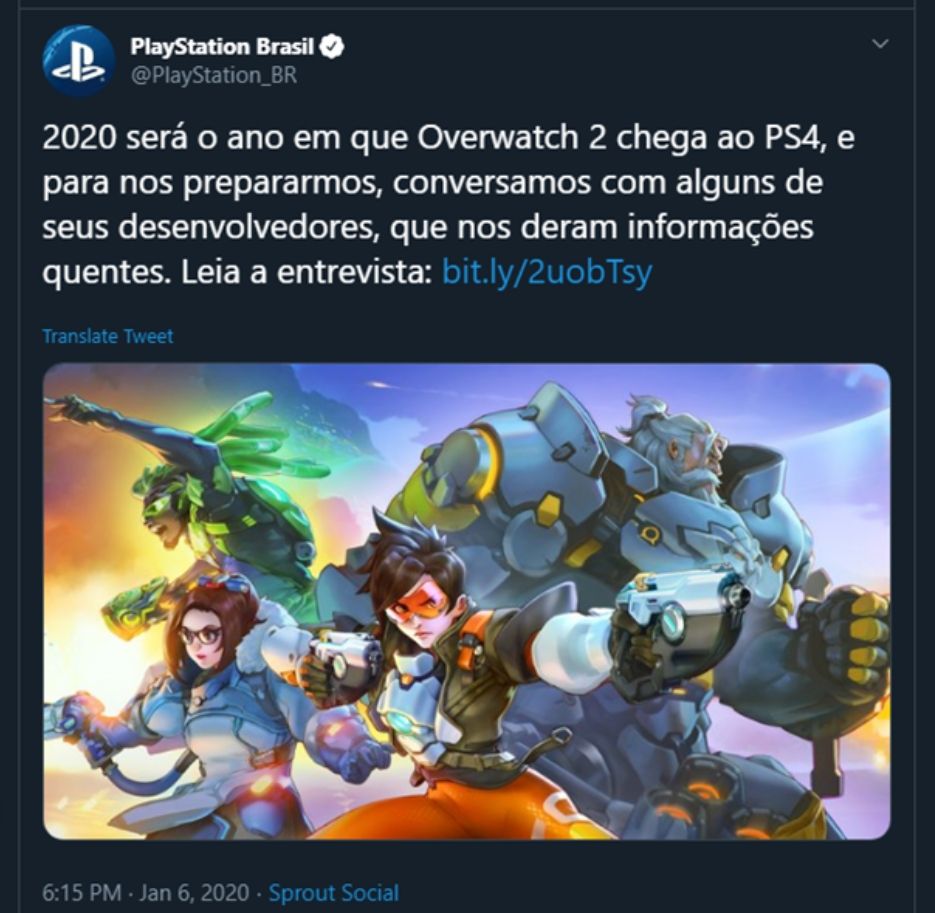 This follows Blizzard’s statement that it is “going dark” on Overwatch 2 news until more is available to share with fans. After Blizzard’s Overwatch 2 reveal at BlizzCon 2019, there has been very little news about the sequel. Unfortunately, this means that fans are unlikely to hear whether this tweet has any truth to it.

If Overwatch 2 is slated to come out as early as 2020, it would lend weight to criticisms that it is more of an expansion than a sequel. However, Jeff Kaplan addressed fan concerns at the BlizzCon reveal, saying that Overwatch 2 is “clearly a sequel,” but that it will still be partially compatible with Overwatch. Overwatch 2 will focus on PVE missions as well as multiplayer, making it more than just an expansion to Overwatch. This also means a lot more work, which calls the 2020 release date into question.Only time will tell whether the leak was correct or not, since it seems like we won’t receive an official statement anytime soon.