Tokyo is massive. I’ve been to Japan three times in my life, and I’m overwhelmed by the size of this metropolis every time. There is nothing else like it in the world – a bustling landscape of technology and culture that few countries can match in equal majesty. Yes, I sound like a giant weeb right now (and I am), but there are few cities out there that make me feel so lost yet safe at the same time, encouraging me to walk in whatever direction no matter where it takes me.

Persona 5, despite its status as a relatively linear narrative JRPG, translates that feeling of scale marvelously, so much so that it is easy to feel overwhelmed the second Joker arrives in his new home. Acting as the inverse of Persona 4, you are a country bumpkin thrust into the big city, given no choice but to adapt to a lifestyle with no friends or family to guide you. Even your temporary guardian views you as a nuisance he needs to supervise, taking every chance he can get to drag you across the coals like the obnoxious millennial you are.

Few of your questions are ever answered, and what scarce responses Joker is able to dish out don’t exactly warm him to the situation. Before we know it, we’re thrown into the wilderness and asked to navigate our way to school with nothing but wits and a smartphone. Obviously, the game dilutes this commute down to a handful of explorable areas and loading screens, although the illusion of traversing an unknowable amount of space is expressed beautifully. 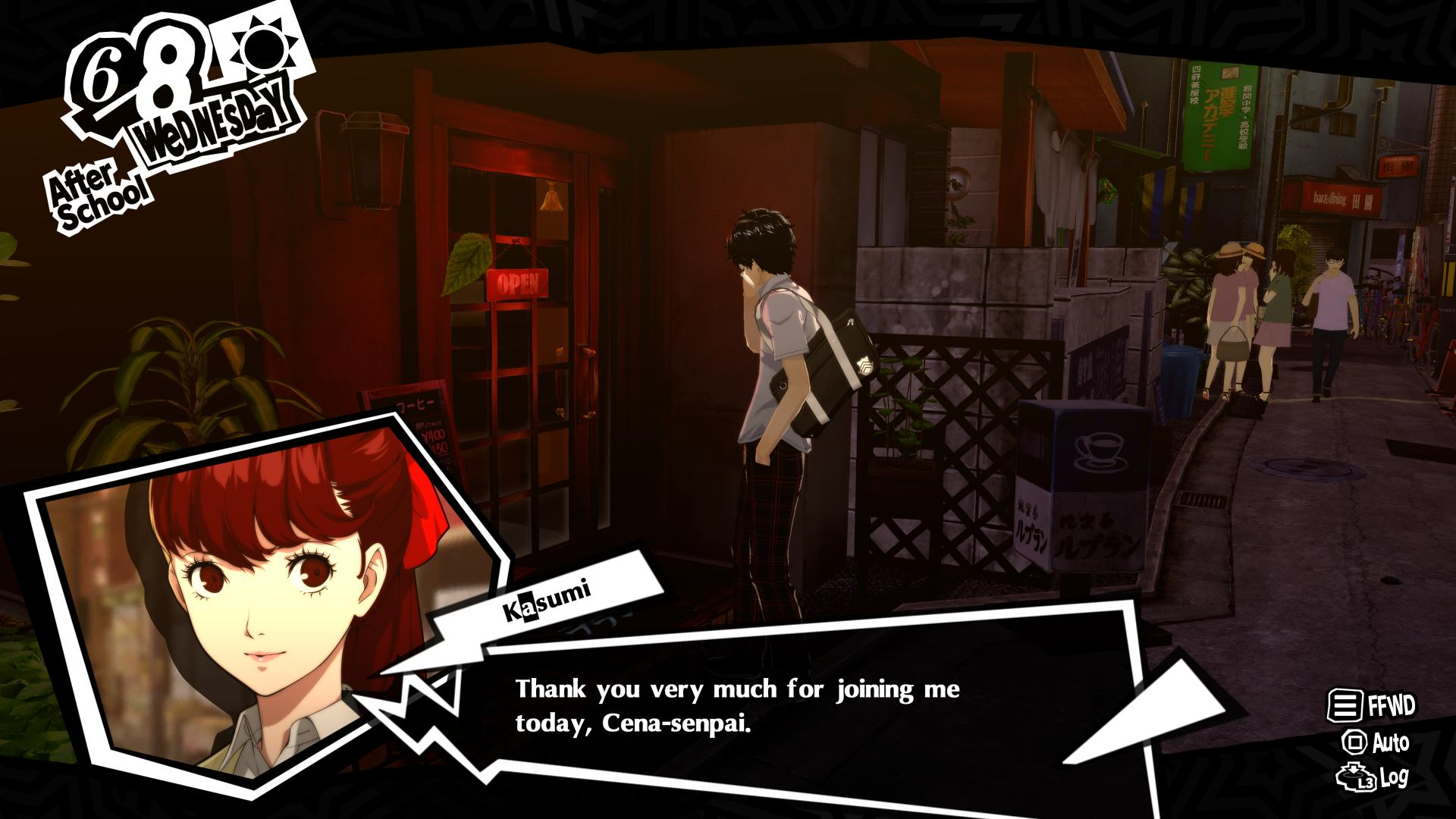 This is largely thanks to the inclusion of Shibuya Station, which is, for lack of a better term, fucking massive. It’s one of the largest transport hubs in the world, a labyrinth of multiple floors, endless platforms, and winding corridors wrought with signage that even locals can struggle with. Unless you’ve memorised your route from experience, have fun getting lost.

Much like Joker, we are newcomers to this place and fumble around awkwardly trying to make sure we’re headed in the right direction without falling over ourselves. Fast travel will eventually be unlocked to alleviate much of the tedium, but the pursuit of social links, new secrets, and storefronts encourages natural exploration, with return trips having no interest in holding your hand. I’m only 18 hours into my playthrough and have taken to ignoring fast travel much of the time, knowing that optional conversations will unlock new opportunities in the real world and Mementos, things I would have missed giving in to convenience.

Whenever I fear the game’s rendition of Tokyo is growing too insular and familiar, a new part of the city opens up, offering a dozen new businesses and characters to interact with, packed with benefits to my progress if I choose to embrace them. I’ve been fascinated with fans and actors uploading comparisons to the game’s depiction of certain locations online, including the voice behind Ann Takamaki on her recent vacation to Japan. Persona 5’s fanbase likely consists of anime nerds and genre enthusiasts with an existing love for the country, but its stylised take on Tokyo and everything it represents is bluntly honest without ever robbing us of the whimsy it tends to carry.

It doesn’t sugarcoat reality, presenting a clear glimpse of a capital with many of its own boons and shortcomings. Our cast of characters constantly talk about being drowned out amidst the noise of adolescence, while their collective culture is behind the times and fails to realise the necessity of moving on. It’s a critique of modern society, albeit one with blunted teeth and an oddly transgressive view on social diversity. Joker is a fly on the wall, detached enough from Tokyo’s invasive grip that he can effectively deconstruct it all as a newcomer soaking up this city for the very first time. I welcomed that position, even if the game was never afraid to make me feel so lost and small in the grand scheme of things. 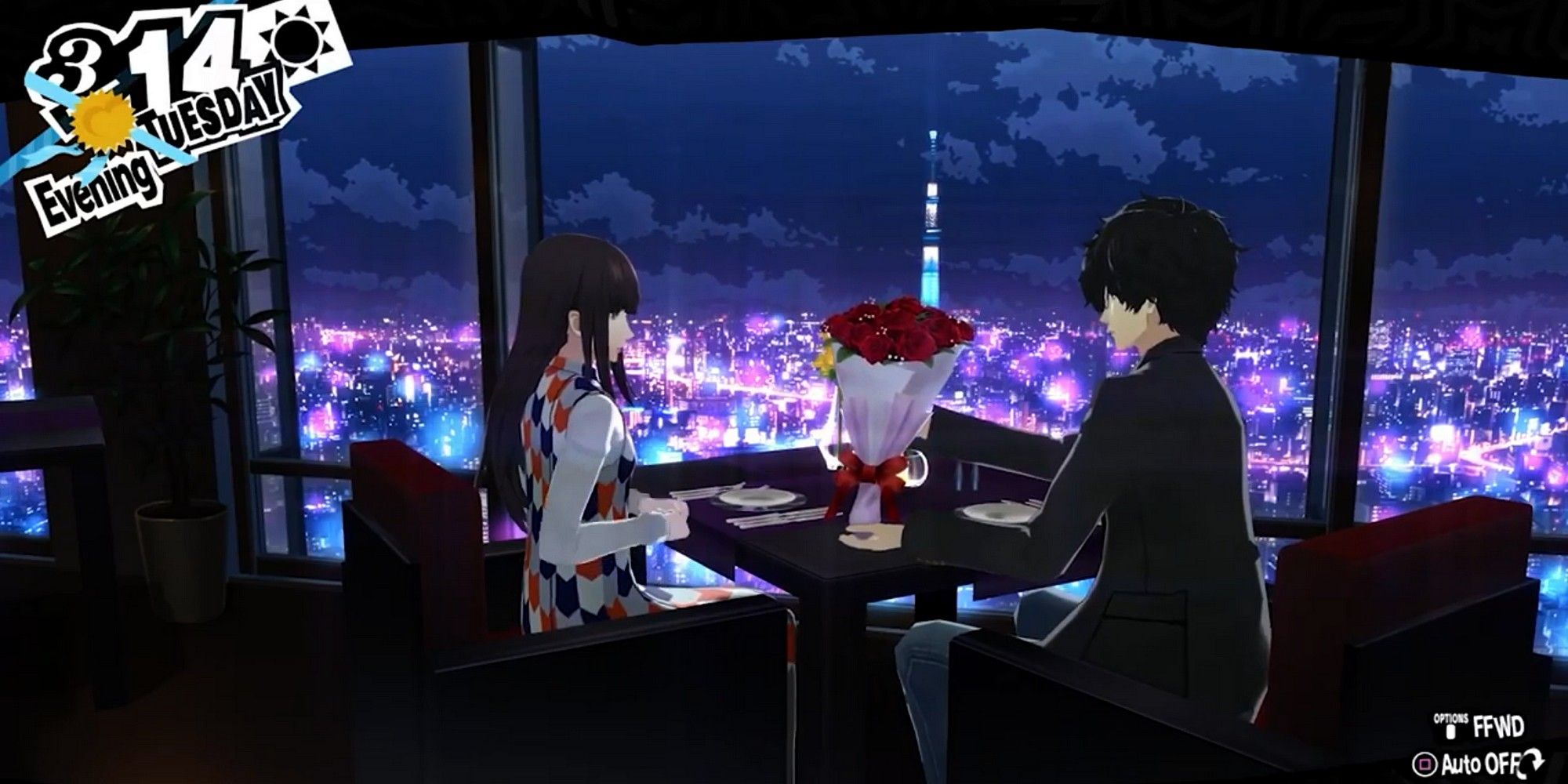 Even after 18 hours, Persona 5 is just getting started, and I can’t wait to see how it expands its horizons once again to provide a greater virtual playground to wreak havoc upon. I might only be catching a train or tracking down a school friend outside a local diner, but finding my own way there serves to reinforce everything this game does so well. Phantom Thieves are all about fighting for the little guy, even if it means never receiving the credit we deserve, so it makes perfect sense to blend into the crowd like those we seek to liberate.

The challenges of applied machine learning