The brief reveal trailer for Phantom Hellcat shows its main character, Jolene, attacking possessed enemies while listening to music on a Walkman. The combat certainly looks "Nier-inspired", with quick movement and sword-play, but those inspirations also stretch to other parts of the game, as we also get to see a bit of 2D platforming that looks straight out of Nier.

One of the more interesting elements of Phantom Hellcat is its setting, a haunted theatre. Several sections in the trailer make that setting clear, such as the constant spotlight on Jolene during combat sections, the background scenery changing mid-platforming sequence, and the main antagonist laughing from the seats. This all combines with a neon glow that makes Phantom Hellcat stand out. 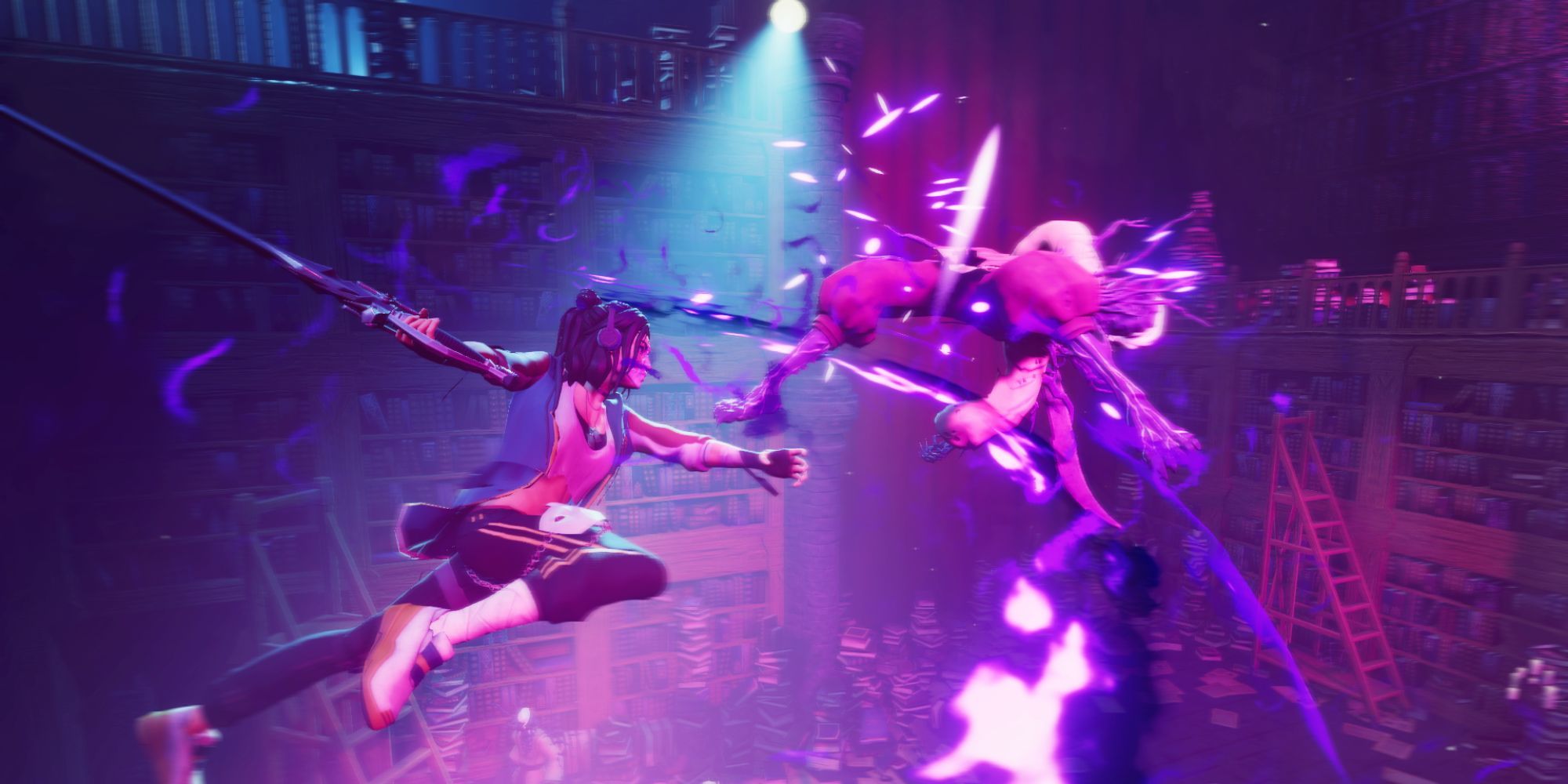 According to the press release for Phantom Hellcat, players will be able to use their surroundings as a weapon during combat, upgrade a skill tree, and replay levels to find collectibles and treasures, implying that the levels will be fairly open and explorable. Thankfully, it also explains the mask that Jolene was wearing – according to the press release, players will be able to disguise themselves with upgradeable masks, which will then give you new abilities to use throughout the game.

It also gives a little more detail on the game's story, which will feature Jolene fighting through hordes of evil forces that have broken loose and captured her mother, who is described as the "lonely overseer" of the theatre. To rescue her, Jolene will have to figure out how to master "her mother's craft".

Phantom Hellcat is the first game to come from Ironbird Creations. Norman Lenda, the studio's creative director said this about Phantom Hellcat, “Ironbird Creations was established in an effort to create high-quality new action IPs. The team has a lot of nostalgia for the era of action games from the 2010’s and wanted to revisit it together. Lately action games have leaned more toward the ‘souls-like’ and ‘rogue-like’ subgenres and are missing the classic DNA. Phantom Hellcat will bring hack-n-slash titles back to their roots!”

Wordle Site Visits Have Increased By 900,900% Thanks To Twitter Bragging

Returnal is GOTY and the best PS5 exclusive (especially with update 2.0)