The player going by the name of Chapuzas recently managed to acquire almost every single Magic: The Gathering booster pack. While a dedicated player, Chapuzas also happens to be a committed collector, so absolutely none of them have so far been opened.

“This is how 99.4% of all the English Magic: The Gathering sealed booster packs to ever exist look like,” Chapuzas mentioned on Twitter along with a picture of several hundred sealed booster packs. “I’m right now at 575/ 580. I’m missing the Summer Edition, saving that for the last, easy to find, just a bit expensive.” The player is also lacking the “Starter 2000 Greek/ Turkish rules Demo Game, 6-Card Pack Worldwake, and 6-Card Pack Magic 2011.”

Chapuzas mentioned how a couple of the booster packs have been misplaced over the years. “The picture is missing Rivals of Ixalan Standard Showdown (somehow lost and now reordered), Guilds of Ravnica and War of the Spark Mythic Edition (both in a sealed product), and Innistrad: Midnight Hunt and Innistrad: Crimson Vow Welcome Packs (ordered, too).”

The player claims to be “super happy and proud of this collection” despite having never actually touched even a single one of their cards. 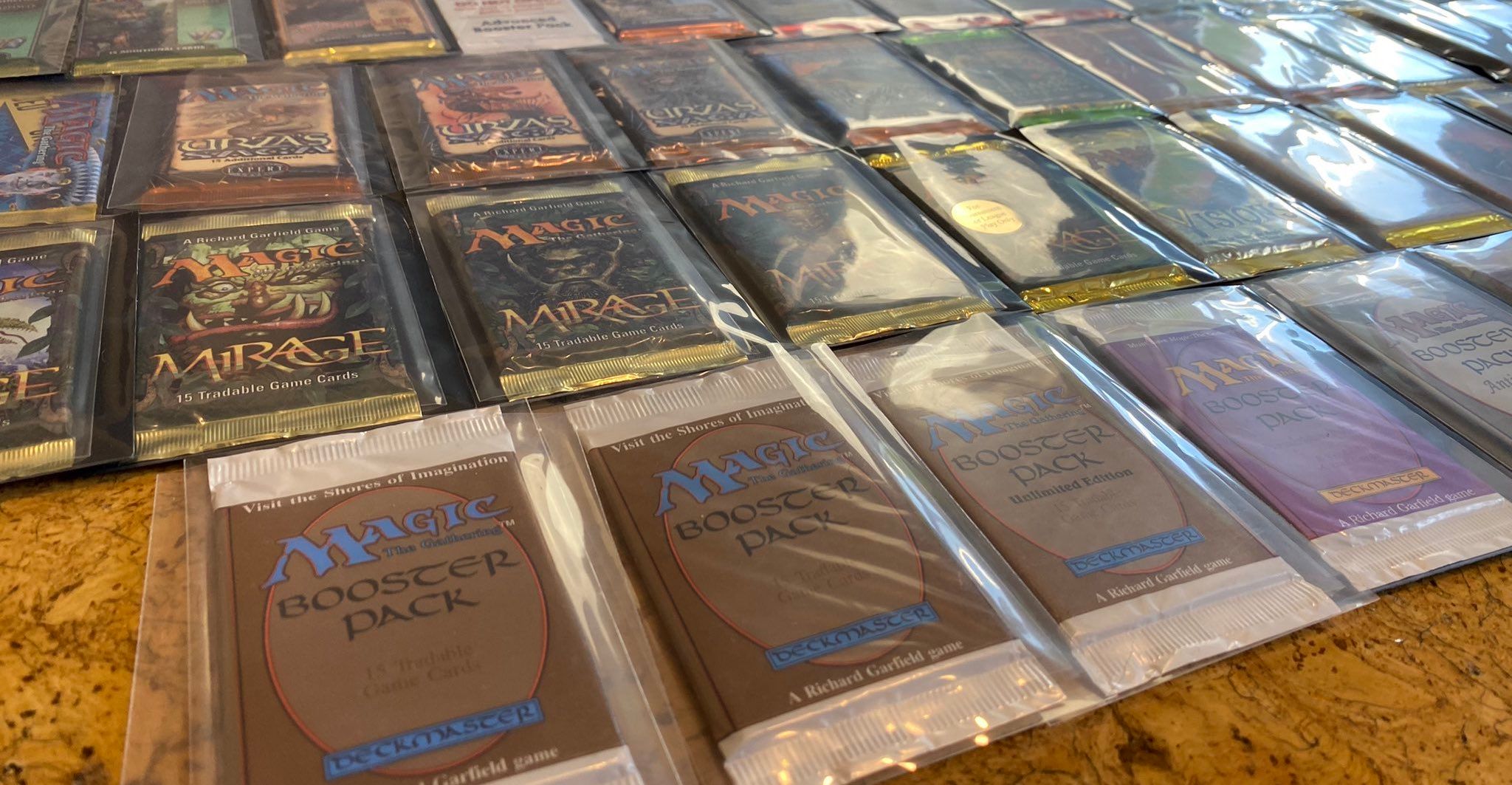 These hundreds of booster packs only represent a fraction of the total collection that Chapuzas currently owns. “As impressive as this looks, this is just a small part of my booster pack global set, consisting of all the boosters to ever exist from every set, language, art, and variant.” The player is “right now at 4,354 of 4,507.” Chapuzas apparently has entire cupboards full of nothing but cards.

In other Magic: The Gathering news, former World Champion Carlos Romao has apparently retired from the game. The player managed to rack up several big wins over the course of their career including at the 2002 World Championship. Romao took to Twitter for the announcement. “The last draw. The last spell. The last round. The last dance. Thanks Magic: The Gathering for everything, you will always be my first love. See you, my dear game. Bye bye.”

The 10 Best Games Set In A School, Ranked

Sega Genesis Mini retro console is half off at Amazon