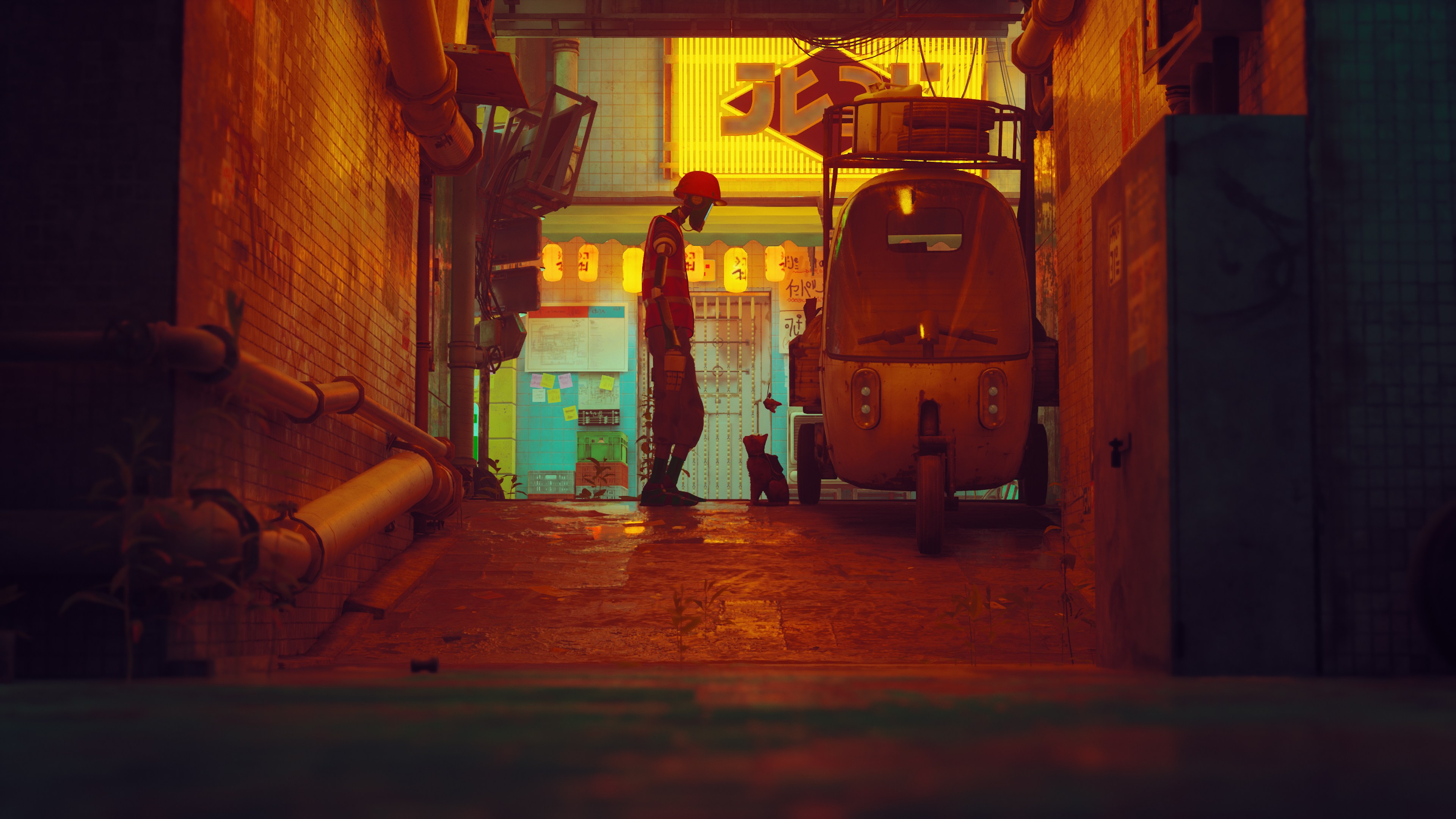 From rollerblade action in Rollerdrome to Persona-esque dating sim/action game Eternights, here are all the indie games from the recent State of Play.

Amidst all the big reveals from last night’s State of Play, like the Resident Evil 4 remake and Final Fantasy 16’s release window, a number of indie games were also either announced or received updates.

Perhaps the most notable of the bunch was Stray, Annapurna’s adventure game which became immediately popular for letting you play as a cat.

It was announced as part of the PlayStation 5 reveal back in 2020 and is now scheduled for release on July 19.

The other interesting detail is that it will be a free download if you’re subscribed to the Extra or Premium tier of the revamped PlayStation Plus service, which arrives in the UK on June 22.

We can likely expect more scenarios like this in the future, but it’ll only apply to third party games like Stray. Sony has already explained why it won’t add its own first party games as free downloads.

The decision was possibly influenced by Stray being a PlayStation console exclusive. It’s currently only slated for PlayStation 5, PlayStation 4, and PC with no Xbox release in sight.

Although this then raises the question of whether any future free PS Plus downloads need to be platform exclusive.

Aside from Stray, Scavengers Studio’s Season: A Letter To The Future was given an autumn release window and will be out for both PlayStation 4 and 5.

You play as a young woman named Estelle, who explores and records the world around her with a camera and microphone, while also chatting with the locals.

It’s certainly a very pretty looking game. However, the studio has previously been accused of creating a toxic work environment. A GamesIndustry.biz report from last year describes it as a place where women employees are regularly degraded and harassed.

The Legend Of Zelda inspired Tunic was also confirmed for PlayStation 4 and 5 and is out on September 24. It arrived on Xbox and PC earlier this year and was an immediate hit with players for its visuals, puzzles, and in-game manual mechanic.

Two new games made their debut during the showcase. The first, Rollerdrome, comes from Roll7, the creators of OlliOlli World, and trades skateboards for rollerblades.

Obviously inspired by the 1975 film Rollerball (also a major influence on Speedball), you use your rollerblading skills to dodge and defeat enemies while also performing tricks, racking up points, and unlocking new weapons beyond your standard twin pistols.

It looks a lot like a battle royale game, but the PlayStation Blog makes no mention of multiplayer, suggesting this is purely a single-player experience.

Secondly, we have Eternights, the debut game from Sai Studios. Described as a hybrid of action game and dating sim, you explore dungeons in a post-apocalyptic world while also romancing cute anime girls. So, you know, the usual.

We wouldn’t blame anyone for mistaking this for a Shin Megami Tensei or Persona spin-off. In fact, the studio’s Twitter account openly admits it’s inspired by the Persona games, specifically Persona 3 and Persona 5.

It doesn’t have an exact launch date yet, with its PlayStation Blog post only saying it’s coming early 2023 for PlayStation 4 and 5.

Apex Legends’ Forge Was Only Created To Fool Dataminers

How To Earn Every Achievement In Tiny Tina’s Wonderlands