The official Pokemon Day website has just opened up, and there’s no better way to kick off the 25th anniversary of the world’s most beloved video game series and franchise by holding a Pokemon popularity contest. The website is even showing the votes of people’s favorite Pokemon in real-time, as Twitter users participate by voting for their favorite Pokemon using a special hashtag.

By special hashtag, we mean you have to use a Japanese hashtag as the website is only available in Japanese, so your Google Translate extension won’t help very much. To vote for your favorite character in the Pokemon Day poll, preface the hashtag with the Japanese name of the Pokemon of your choice followed by the word にきめた (Translation: “I decided”). For example, if you want to vote for Pikachu, use its Japanese name ピカチュウ and tweet your vote like so: #ピカチュウにきめた.

Unless you speak and write Japanese fluently, you can take the guesswork out of writing out the appropriate Japanese characters of your Pokemon’s name by going to the Pokedex on serebii.net and just copy and pasting the Japanese name into your tweet.

The Pokemon Day website updates frequently, with Pokemon entering and leaving the top 30 depending on how many people cast their votes. As of this writing, Dedenne, Buzzwole, Magnemite, Pikachu and Eevee are ranked in the top five. 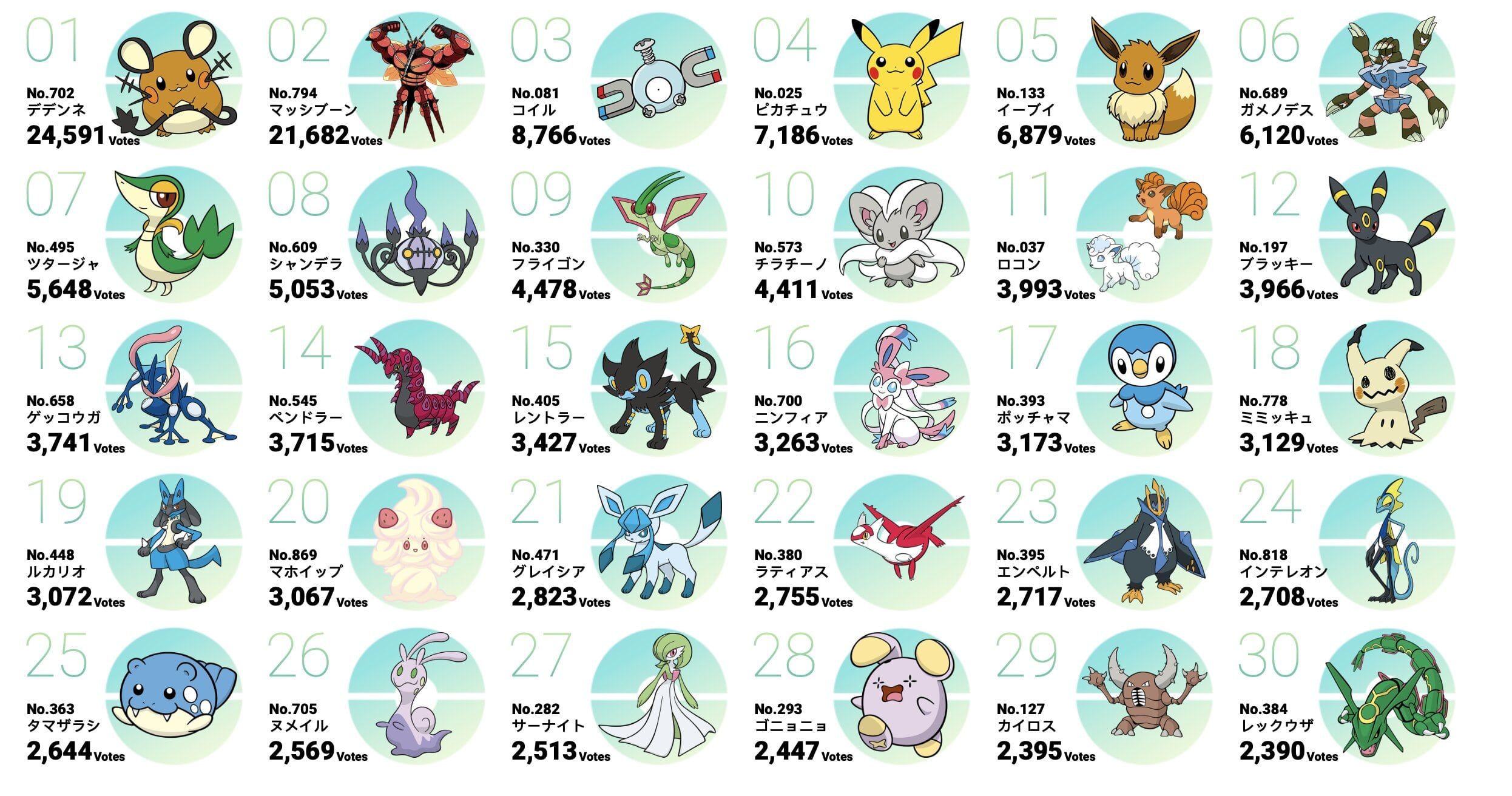 The final results of the Pokemon popularity poll will be announced at a later date. The website itself will continuously update until February 27.

In addition to the favorite Pokemon poll, the Pokemon Day website is loaded with bits of Pokemon trivia that will be uploaded through next week. If you scroll to the very bottom of the website, three Poke Balls will pop up that contains a random factoid about Pokemon inside. For example, the Pikachu mini shuttle bus for kindergarteners is the most expensive Pokemon-related product sold in Japan for 12 million yen (equivalent to US$110,00). There’s even an ASMR video of Grimer’s sticky walking, which sounds like listening to your own stomach growl if you sit in the most silent room in the world.

Game review: Deadly Premonition Origins is one of the weirdest games ever