Imagine a sheepdog with a candle in their head that devours your soul if you play with them – that's Greavard. They look adorable, but like any ghost-type, it's a big facade to trick you into untimely death. But fans have found a little workaround that might let you boop their nose without turning into a shrivelled, soulless husk: get yourself a Togepi.

"SOLVED IT!", YouTuber Zoe Two Dots tweeted. "Get Greavard a Togepi for a symbiotic relationship. Greavard's a happy lad but sucks the life-force from those around it. Togepi uses positive emotions of friends as it's energy. They can create an infinite loop and Greavard doesn't have to lose any more friends".

You don't have to weld them together or chain them at the heel. Just make sure you have a Togepi in your party alongside Greavard and you should stay alive. And if you don't, at least you went out playing fetch with a cute little hell dog. Maybe your ghost can pal around with them. 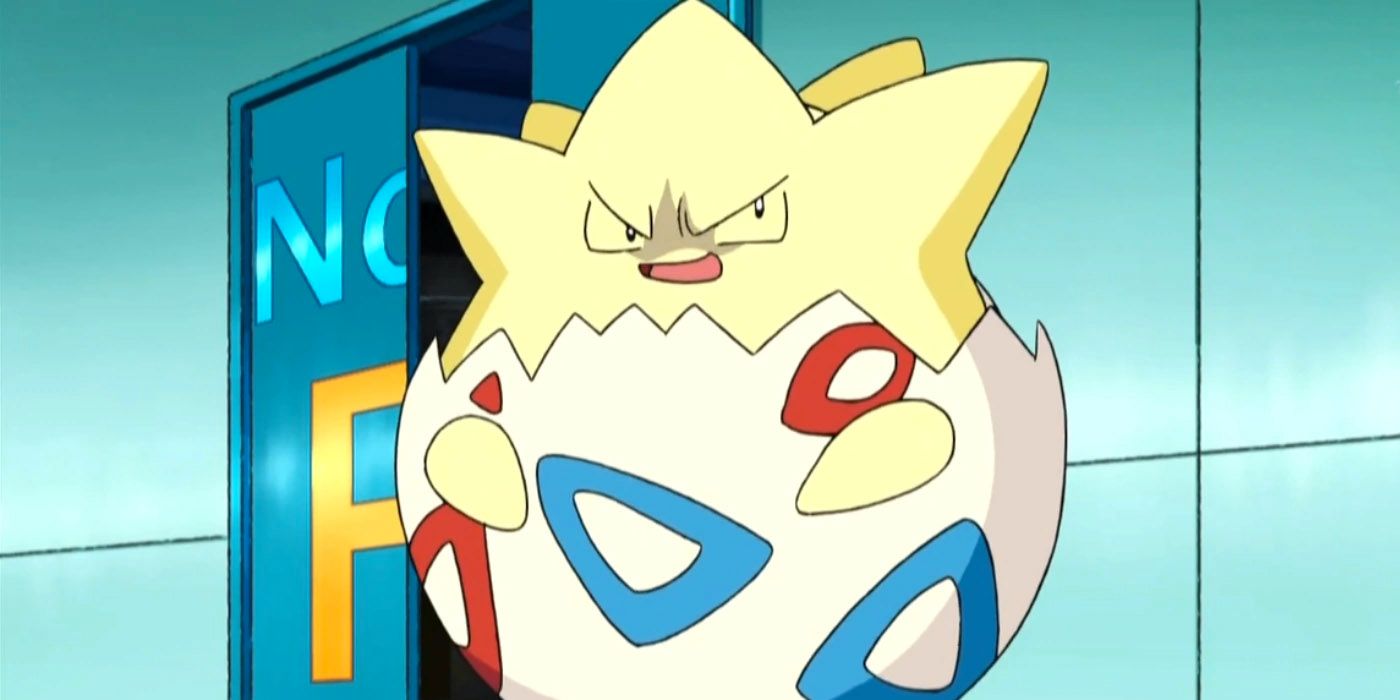 Houndoom is another terrifying dog Pokemon you're probably best avoiding. Wounds from their fire will never heal, and their howl scares most 'mons back to their nests. And because of their grizzly reputation, they developed an urban legend, that their howl was the call of the grim reaper. But they're just a big cute baby, so plenty of fans are understandably desperate to risk it all for a little boop on the snout. Even if they have horns, breathe fire, and hunt in packs like wild demonic wolves.

But, as one commenter points out, in the anime, Togepi was used to curb Houndoom's evil too. We already have a precedent for settling down dogs that would definitely kill you for getting too close. And some dogs can even be trained to carry fragile objects – like eggs – in their mouths, so you could probably train a Houndoom or Greavard to carry Togepi around for you, keeping that cycle going. But if your Togepi ever, sadly, passes away, runs away, or faints, you'll want to stay clear of Greavard. Maybe carry two Togepi for safe measure, eh?

At least Greavard is a friendly ghost type. They're not like Drifloon who kidnaps children – they just want to play and make friends. Giving them attention makes them so happy they'll follow you around everywhere, but they're cursed to kill anyone who loves them back. Really, bringing a Togepi along with you is the kindest thing you can do.

That being said, Greavard is built to defend themselves with a bear trap-like jaw that can "shatter bones", so even if you don't want your soul devoured, you'll have to play nice. And those powerful jaws might make it a bit hard to carry around a Togepi. On second thought, chaining them together isn't such a bad idea.