If you’re curious about how to check IVs and EVs in Pokemon Sword and Shield, you’ve come to the right place.

First things first, though, you’ll need to know what IVs and EVs actually are. Individual Values and Effort Values, respectively, are metrics in Pokemon that determine how a close any given Pokemon is to its maximum potential. They go far beyond a Pokemon’s overall level, and are pretty much essential for anybody interested in taking up competitive Pokemon battling.

However, and this is important: IVs and EVs are only necessary for people who want to breed highly-desirable Pokemon for trading, or for those who want to participate in competitive Pokemon online. It is not only possible to beat Pokemon Sword and Shield’s main story and DLC without having great IVs ane EVs — it’s actually pretty easy. So, if you’re a casual player and don’t care too much about the competitive side of Pokemon, IVs and EVs aren’t necessarily something you need to be overly concerned about.

Anyway, here’s how to check IVs and EVs in Pokemon Sword and Shield. 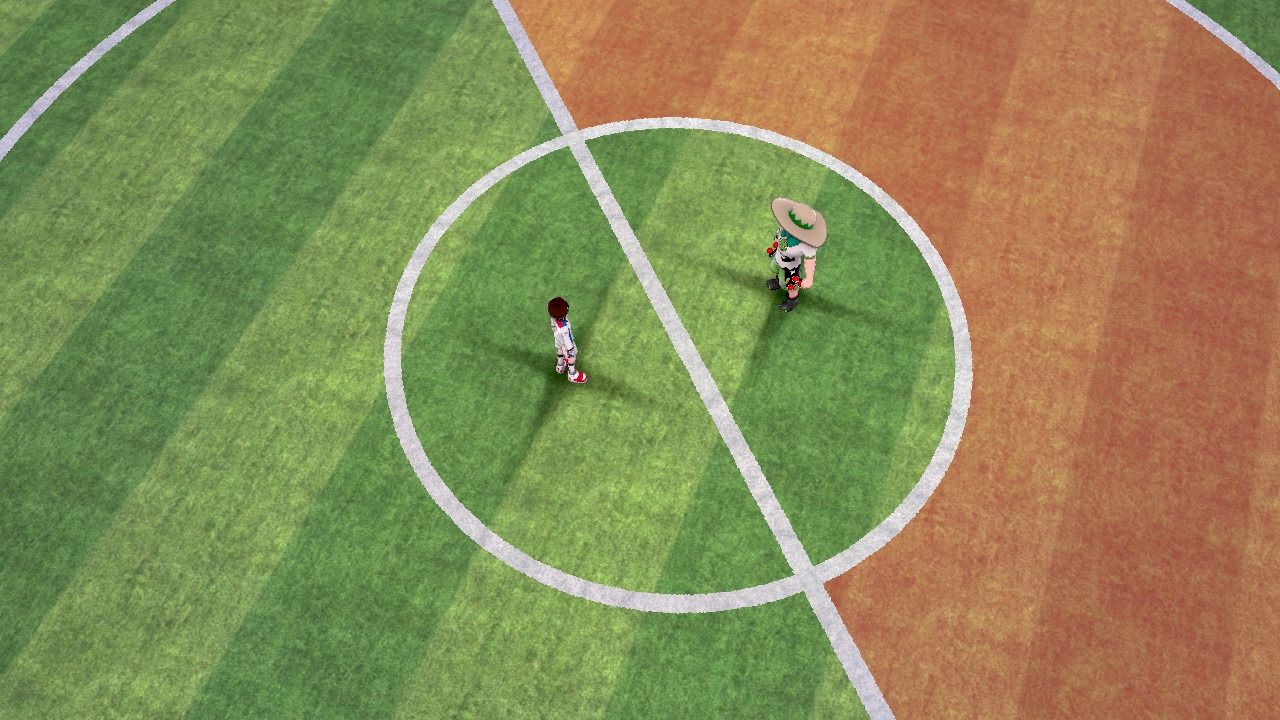 Pokemon Sword And Shield – How To Check IVs

IVs, or Individual Values, are hidden variables that ultimately determine a Pokemon’s own unique stats. They are innate to a Pokemon and, for a long time, couldn’t be changed — however, you can “hyper train” Pokemon in Pokemon Sword and Shield in order to increase their IVs past their supposed cap.

To check IVs in Pokemon Sword and Shield, you’ll need to have already beaten Leon. On top of that, you need to win at least six matches in the Battle Tower, located at the northernmost point of Wyndon.

After this, simply visit a Rotom PC in any Pokemon Centre and check your boxes as you normally would. When you press the “+” button to check their stats now, however, you’ll see a word as opposed to a number that is relatively arbitrary to those not 100% in the know. What you want to see here is the word “Best,” which implies that the Pokemon in question has the maximum amount of IVs for its species.

Again, you can hyper train Pokemon past this cap by speaking to the relevant NPC in the Wyndon Battle Tower, so even if your Pokemon doesn’t have great stats to begin with, you can always raise their IVs here — and again, it only really matters if you’re super into competitive play. 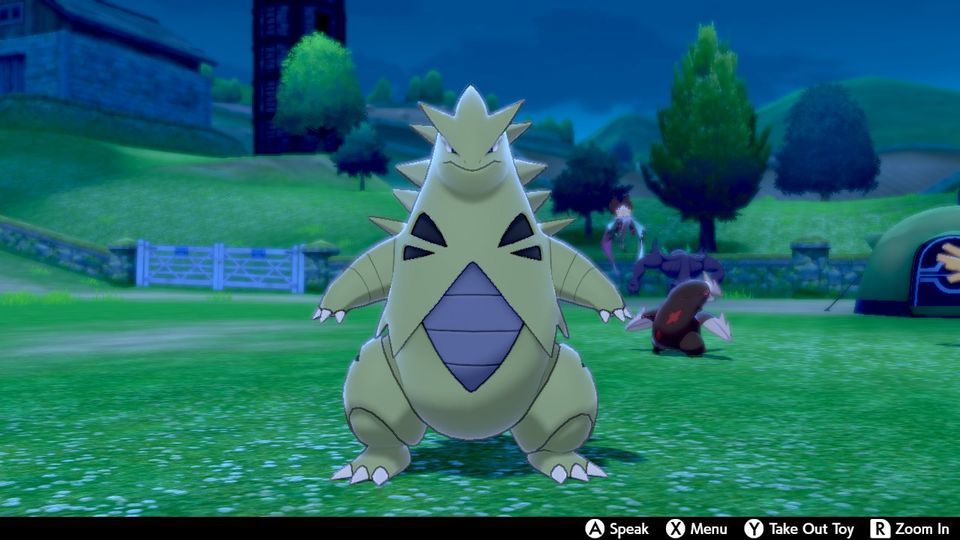 Also, if you’re using a physical attacker like Tyranitar, you don’t need max IVs in Special Attack — a Pokemon like this, unless they’re what’s known as a “mixed sweeper” and are using moves from both physical and special pools, should always focus on their strengths, meaning Tyranitar should know moves like Crunch as opposed to Dark Pulse. As a result, it’s only important that Attack is at “Best,” while Special Attack is far less important.

Pokemon Sword And Shield – How To Check EVs

Checking EVs in Pokemon Sword and Shield is much easier. Simply press X when you are viewing your Pokemon’s ordinary stats page from Party select and it will pull up a diagram devoted to EVs, or Effect Values.

Effect Values, unlike Individual Values, are determined as you progress through the game. Each time you defeat an enemy Pokemon, you will gain Effect Values in one particular stat as a result — each species of Pokemon, meanwhile, always yields EVs in the same stat pool. For example, beating up a Magikarp will net you 1 Speed EV, while defeating a Machoke yields 2 Attack EVs.

You can see the EV interface below. A stat highlighted in blue has already been maxed out. Dark yellow implies that you’re approaching max, while bright yellow denotes your base stats. 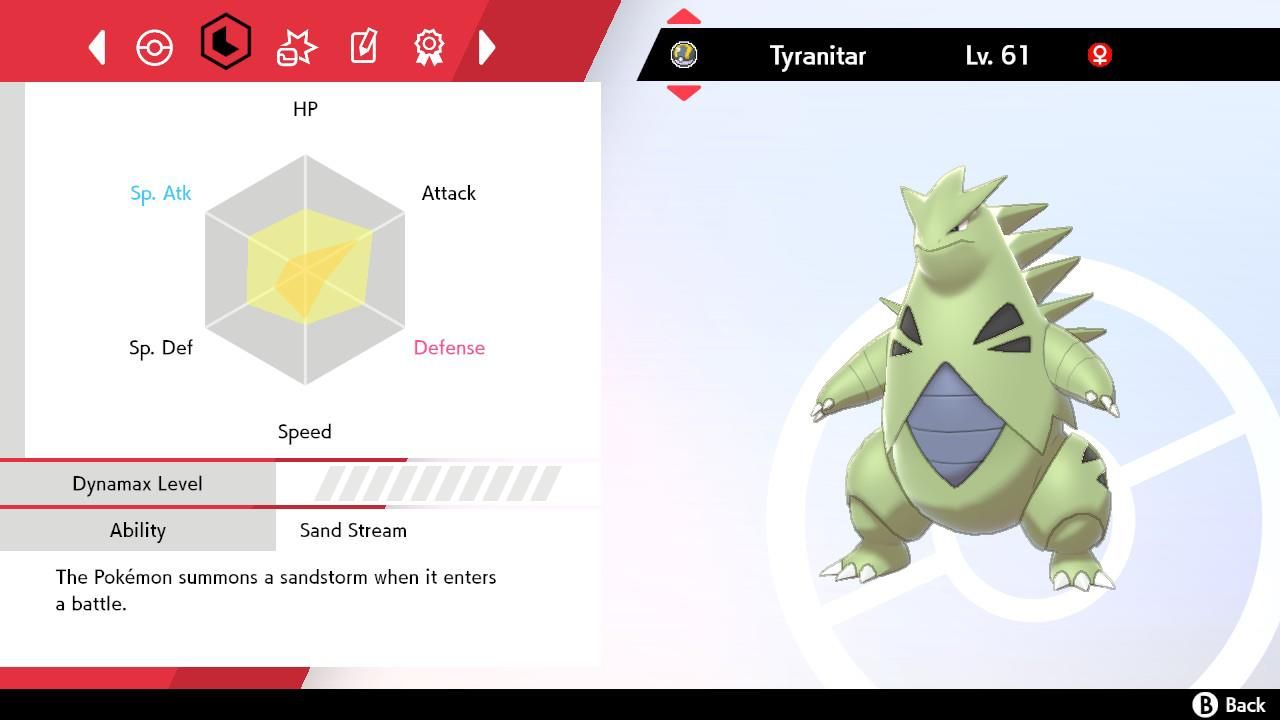 There you have it — everything you need to know about how to check IVs and EVs in Pokemon Sword and Shield. Just remember not to get too caught up with either metric if you’re just playing on your own for fun — unless you want to be esteemed as a Pokemon Master in online circles, they’re largely irrelevant to standard moment-to-moment play.