Home » News » Pokémon Sword & Shield: What Are League Cards And What Do They Do?

Trainer on The Front, Statistics on The Back

The trainer, and the trainer’s name, level, and star rating, are depicted on the front of the League Card. Trainers may choose to reprint their League Card (or not) after making changes to their appearance in a Boutique or Salon. This allows players to design a League Card and either update it along with their style changes or keep a specific League Card look while independently changing current appearances. 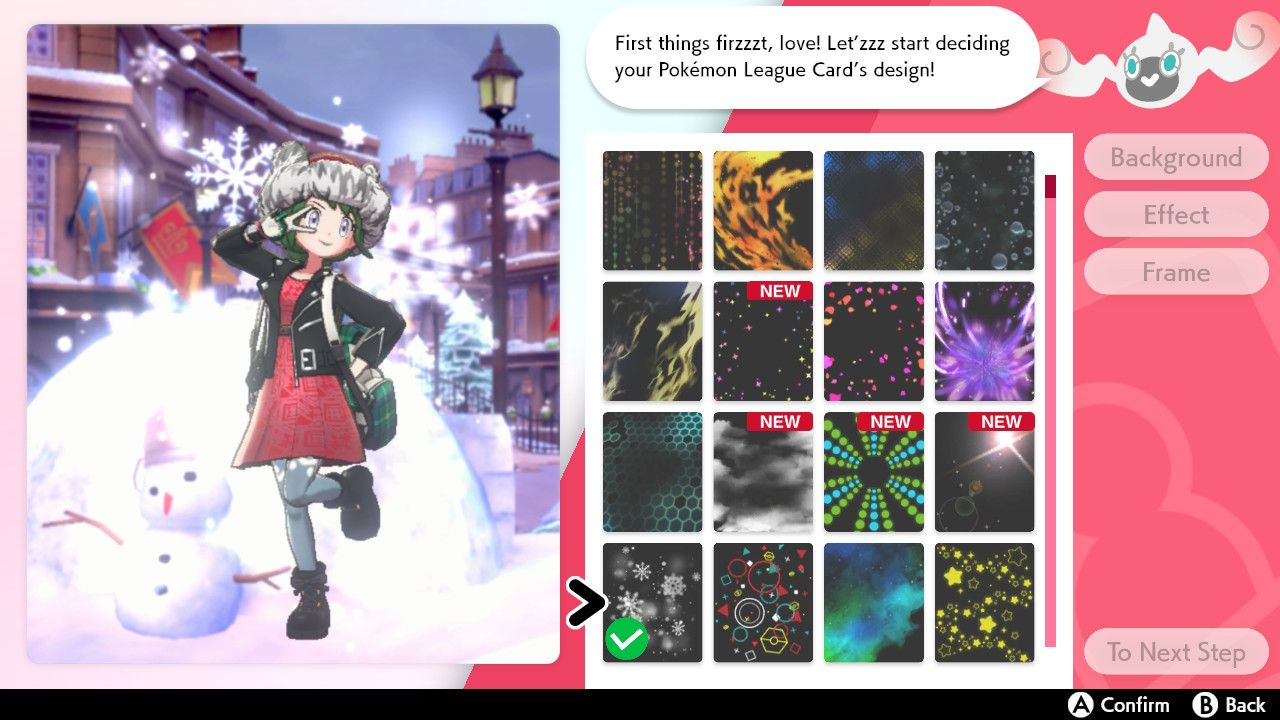 The League Card maker is accessible through Rotomi computers, located in every Pokémon Center throughout Galar. Simply walk up to the Rotomi and press “A”, then select “Use Card Maker.” Trainers are brought to a screen with the options “Background,” “Effect,” and “Frame” listed down the right side. These each display a respective selection of customizations to the left. To scroll through and test out the selection displayed, press “A.”

Background offers various patterns and scenes from throughout Galar. Players may pose their Trainer avatars amidst a favorite Galar city backdrop or try out a wide range of fun designs.

Effect applies a layer of graphics over the background. Available graphics include sunspots, snowflakes, flames, and many more effects unrelated to weather conditions.

Frame applies a border to the card. A variety of borders to match the various backgrounds, some line the bottom of a card while others provide a full border or act as additional graphics such as graffiti, gems, or gears.

When all is satisfactory with the card graphics, players may continue onto the next step at the bottom of the screen. The next page allows players to alter the trainer’s pose expression, and positioning on the card including size and rotation. The controls for manipulating each aspect are listed next to them; The Joy-Con and “R” to zoom, move, and rotate, “x” to change expressions, and “Y” to switch the trainer’s pose.

After the trainer is posed for their snapshot, the player moves onto the final step. The last page hosts a selection of foiling for the League Card. Clear and Matte Coatings are free, but the other options may look rather steep in price and the cost only rises as more options are unlocked. Though foiling seems rather pricey, the player owns a foil option after buying it once and may use it repeatedly, free of charge. All aspects of the Card Maker unlock more customization options as players progress through the game, so check back after completing things like Gym battles and cut-scenes. 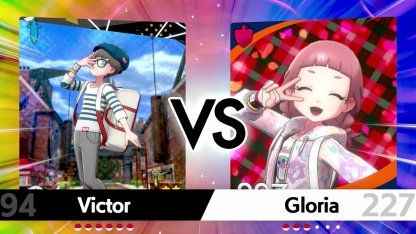 League Cards aren’t just pretty to look at or a pointless way to kill time, they serve multiple functions as well. Apart from collecting League Cards from trainers and Gym Leaders, players can trade cards with fellow trainers as well, via the Y-Comm. League cards also serve as a player’s photo during PvP battles over Y-Comm. This shows off the player’s individual style and is way more unique than a small selection of avatar presets.

Additionally, Rare Gym Leader cards may be obtained through the post-game. These exclusive League Cards can be used to invite the trainers to the post-game tournament; a battle royale that may be held again and again.

League Cards are more than just fancy foil-lined trading cards, though it’s definitely fun to browse over the collection from time to time. Highly-customizable, a trainer’s League Card is a great way to boost individual personalities through PvP and put a unique stamp on the Pokémon world.

Wanda Will Become Scarlet Witch in the WandaVision Series