Pokemon Unite has just added Dragapult to the game, a new Attacker added to their roster, currently the role with the most playable Pokemon in the game. This category of Pokemon are defined by their high damage stats, balanced by their low overall survivability.

More specifically, Dragapult is a Ranged Attacker, specializing in dealing significant damage to other Pokemon from a safe distance. Although this Pokemon isn't the most ambitious when it comes to its unique set of moves, there is a lot to learn if you wish to master their latest addition on the battlefield.

When To Pick Dragapult 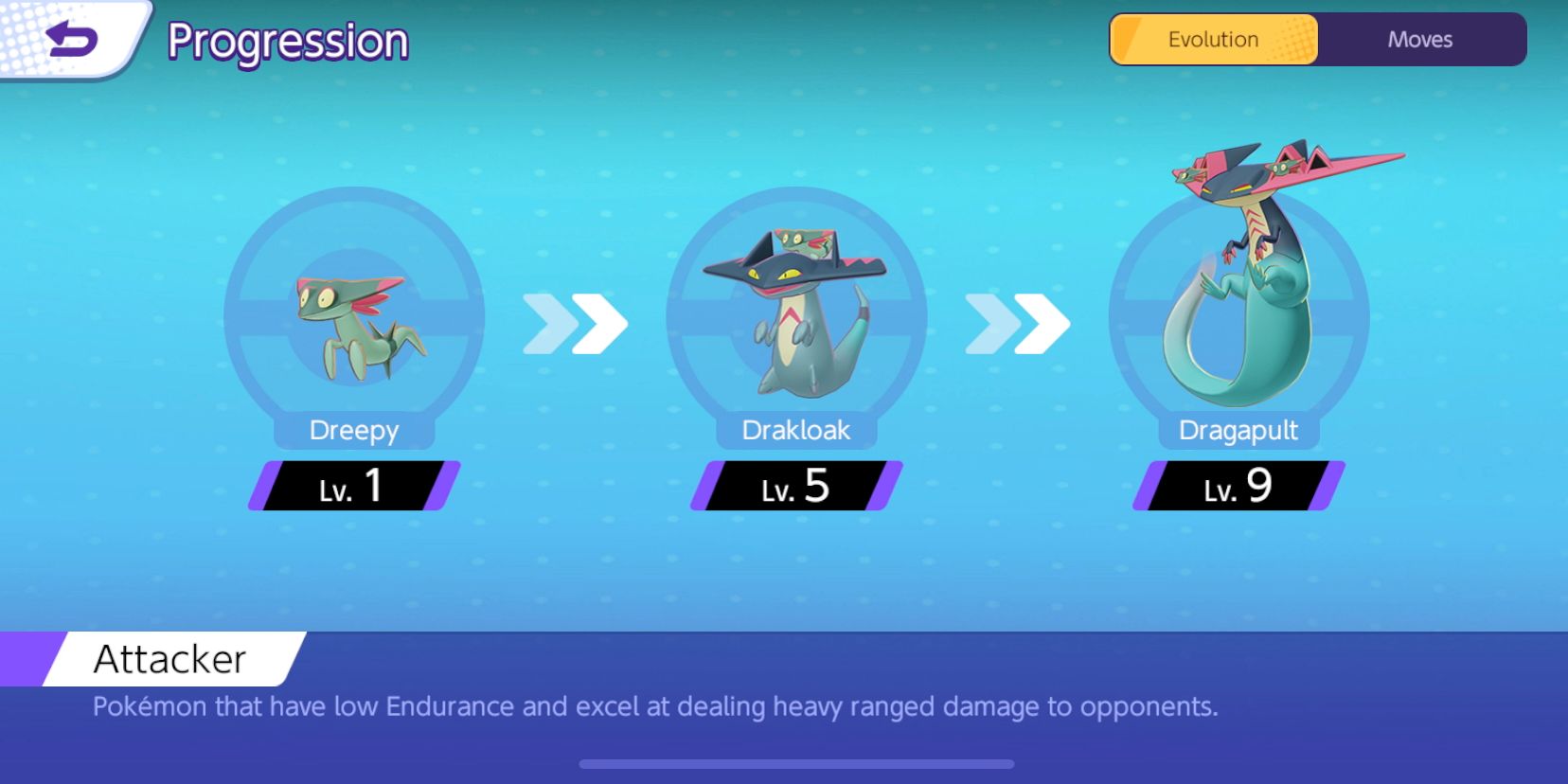 As a Ranged Attacker, you'll want to take advantage of its high damage output while also making sure you're doing so from a safe distance. This is crucial due to this Pokemon's low endurance stats, proving to be relatively easy to knock out. If you are mindful of this, staying alive should be no problem, as Dragapult outranges most other Pokemon with its moves.

When it comes to deciding which area of the map to play on when choosing Dragapult, it is best if you opt for the central lane. This is mostly due to this Pokemon's underwhelming nature when it is at a lower level, dealing relatively low damage and easily being knocked out.

With this in mind, you should knock out the wild Pokemon in this area of the map, giving you the opportunity to quickly gain levels uncontested. Once you have gained enough experience to evolve into Dragapult, you'll be able to truly take on your role as a Ranged Attacker, easily knocking out opposing Pokemon with your powerful moves.

That being said, it is important that you are doing this from a distance due to Dragapult's lack of endurance, even at higher levels. This should be no problem with the availability of different mobility moves, giving you the tools to quickly engage and then disengage from enemy encounters when necessary. 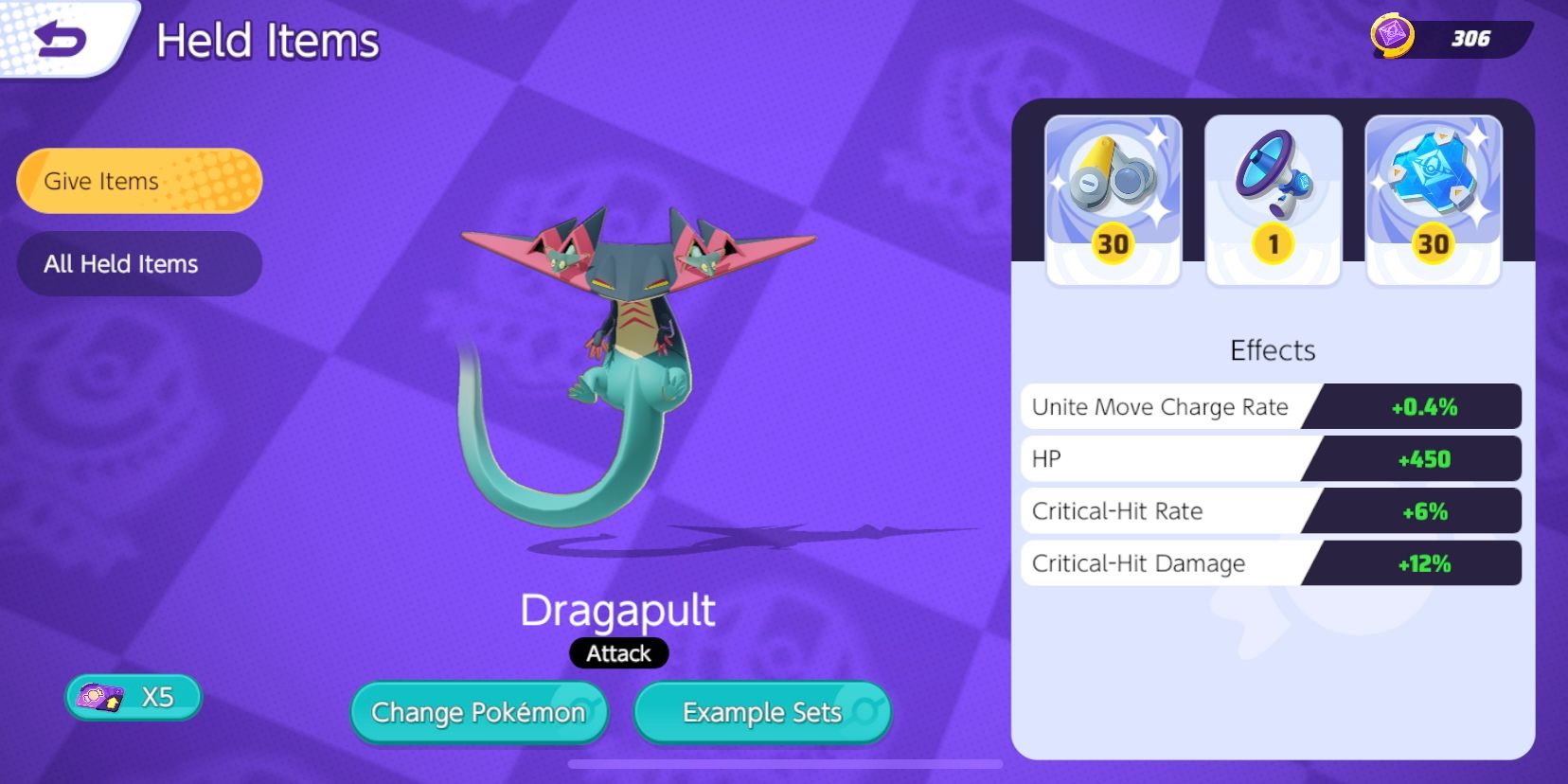 This build takes advantage of Dragapult's stealthy and high damage-dealing abilities. With this play style, sneak up on opposing Pokemon that are in vulnerable positions, giving you the opportunity to quickly knock them out with your powerful attacks.

Opt for Phantom Force here, increasing Dragapult's movement speed and making them invisible to enemy players. While using this move, Dragapult's boosted basic attack gauge will increase, allowing you to continually deal increased damage in an area of effect once this gauge is filled. On top of this, your basic attack speed will be increased once you have exited Phantom Force.

Pair this attack with Shadow Ball, a powerful ranged attack that leaves the target marked. When attacking Pokemon that are marked, your attacks will deal increased damage and recover your HP, so make sure to focus on these Pokemon. With Phantom Force selected, knocking out opposing Pokemon will reset this move's cooldown, in addition to increasing your overall damage for the rest of the match.

Dragapult's Unite Move functions differently than others in the game, available to use frequently as opposed to others that can only be used a handful of times during a match. Because of this, the Energy Amp and Buddy Barrier Held Items prove to be extremely effective with this Pokemon, benefiting from their effects each time your Unite Move is used.

Use Scope Lens as your third Held Item, increasing the critical-hit damage and rate of your basic attacks, a type of attack that is used more frequently with this Pokemon specifically.

Due to the assassin nature of this build, the use of the X Attack Battle Item is recommended. Use this before engaging with an opponent, boosting your overall attack power, increasing your chances of securing important knock-outs. 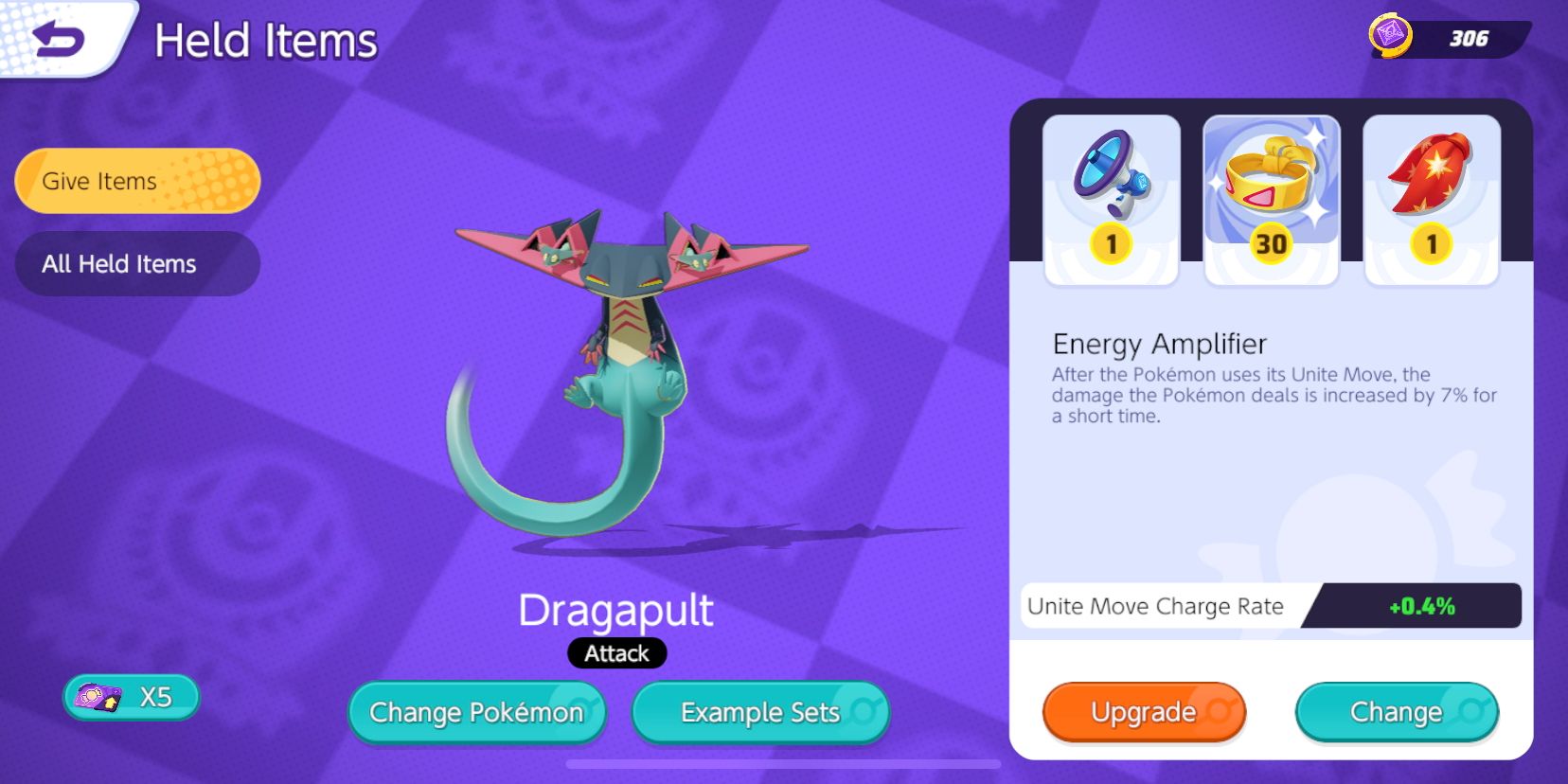 This build uses Dragapult's moves to constantly attack and deal damage to opponents around you. This play style proves to be extremely effective in larger team fights, so it can be successfully used in both the center lane and the top and bottom lanes.

For this build, choose the move Dragon Breath, an area-of-effect attack that deals damage and slows opponents that are hit by it. After using this move, the area it was used on will continue burning for a brief time, dealing damage over time and continuing to slow those who are hit by it.

Pair this with Dragon Dance, having Dragapult quickly move in a circular path, using your basic attacks on nearby enemies at a quicker rate. The cooldown of this move will be reset if an opposing Pokemon is knocked out, and will be reduced if you assist in the knocking out of an opponent.

Due to the constant availability of Dragapult's Unite Move, the use of either Energy Amp or Buddy Barrier is still recommended with this build. Combine this with the Rapid Fire Scarf and Muscle Band, further increasing your basic attack speed and damage when using Dragon Dance.

The use of the X Attack Battle Item is recommended for this build as well. Use this before entering a large team fight, increasing your overall damage when executing the lethal Dragon Breath, Dragon Dance combo. This proves to be extremely effective with this build due to the rapid use of your different attacks with this combo. 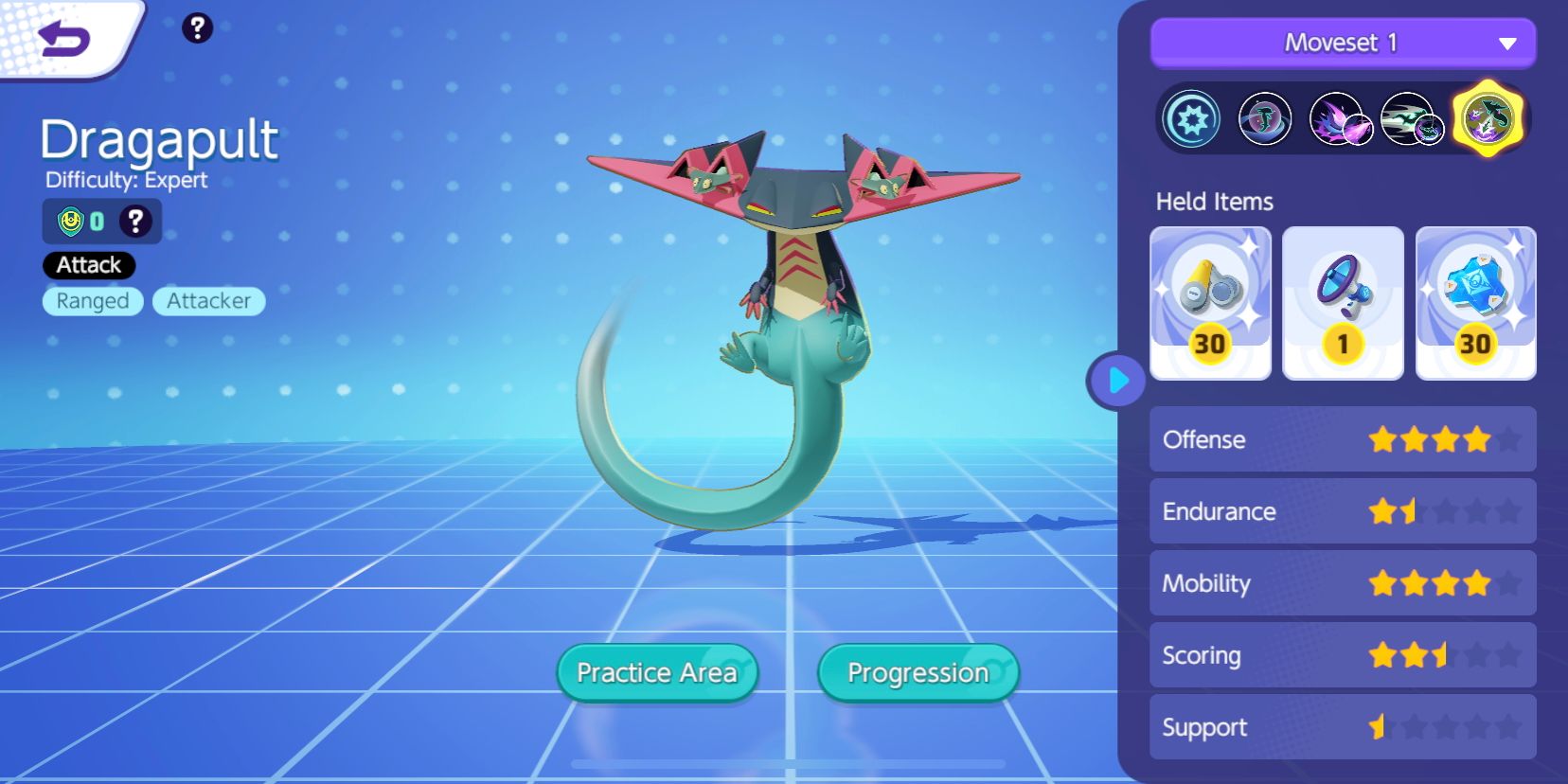 How A Truck Simulator Made Me Finally Believe In VR