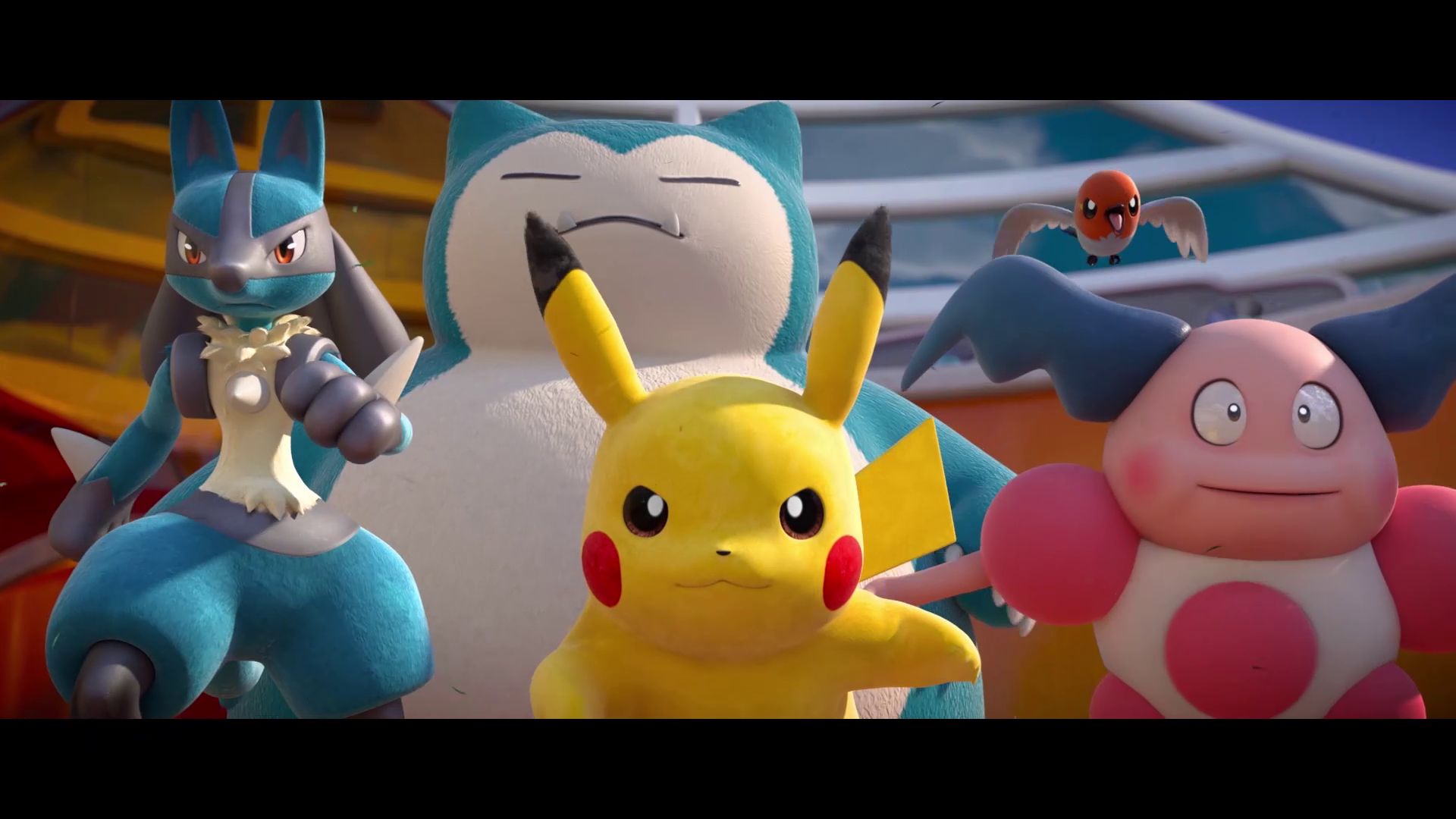 Pokémon steps into new territory with a free-to-play MOBA inspired by League Of Legends, with surprisingly fun, if janky, results.

When you take into account the sheer breadth of Pokémon spin-offs, from on-rails photography to detective puzzlers and pinball outings, a MOBA (massive online battle arena) doesn’t feel like such a strange leap for the franchise. The likes of League Of Legends and Dota 2 are among the most popular games in the world and with Pokémon’s huge roster of monsters, all with their own unique abilities, the translation to a team-based multiplayer sport with identifiable ‘heroes’ feels like a natural extension of the stadium-sized turn-based battles we’re accustomed to.

For Pokémon fans who aren’t avid PC gamers though, Pokémon Unite is perhaps intimidating new territory. Taking place inside a battle arena, the game sees two teams of five battle to score points by banking them in the opposing team’s goal zones. You rack up points by taking out either the opposing team or wild pokémon scattered around the map and collecting pokéballs they drop, which need to be scored in the enemy’s goal zones to be counted. Score 100 points in a zone and it’ll explode, allowing your team to push forward to the next goal and seize better control of the map.

Unlike League Of Legends, where the winner is the first team to take down the other’s base, Pokémon Unite’s winner is calculated on who scores the most points. As matches are timed at 10 minutes, there’s more emphasis on racking up points quickly and efficiently than planning coordinated attacks, as in other MOBAs. Although, as the name suggests, those who do unite as a group will often gain the upper hand. In a rarity for Switch, there’s also in-game voice chat, but it’s weirdly integrated, requiring you to turn it on every match within the menu once the action kicks off.

While it doesn’t lean as heavily on team coordination as other MOBAs, there’s plenty of options to consider. There’s 20 characters to unlock at launch (including Zeraora who is available to anyone who logs in before August 31) split into five character classes: Attacker, All-Rounder, Defender, Supporter, and Speedster. Each character has their own unique stats and move-sets, the latter you earn within each match as your pokémon levels up.

If you select Charizard, for example, you’ll start the match as Charmander, with only basic attacks at your disposal. You’ll want to farm points by taking out weak, wild pokémon at the outset, levelling up and evolving your character with stronger moves so that you’re more capable against human-controlled opponents.

Certain wild pokémon will grant temporary buffs. Ludicolo increases damage against wild pokémon, allowing you to earn points faster. Drednaw, meanwhile, who is far harder to take down, will grant your whole team a shield. Matches are about weighing up the risk/reward of encounters, knowing when to strike head-first and when to retreat and buff up, so you can overcome the odds later.

Coupled with unlockable items your pokémon can hold to increase stats, and understanding when’s best to unleash moves in battle, there’s a lot of depth for those who seek an experience comparable to the mainline Pokémon role-playing games. Similar to those games, Pokémon Unite does a great job of rolling out its intricacies in accessible fashion, presenting new mechanics and items at a steady pace as you rank up your trainer.

As you’d expect from a free-to-play title from Tencent-owned developer TiMi Studios (Call Of Duty: Mobile and Arena Of Valor), microtransactions do play a role in Pokémon Unite’s DNA. There’s a baffling five different currencies to get your head around, including AEOS tickets and coins which unlock Unite licenses for new characters, Fashion Tickets for trainer cosmetics, Holowear Tickets for Pokémon cosmetics, and Gems which can only be bought with real money. While you can fast-track your way to better items and certain characters by buying them, they can all be earned by simply playing and accumulating in-game currency.

How long that takes, however, might be the most egregious issue here, especially for a franchise marketed towards young children. Pokémon Unite is deceivingly generous at the outset, giving you regular rewards and a quick succession of characters across the various trainer level and battle pass trees.

Beyond the opening hours though, the huge grind to unlock all 20 characters becomes apparent. Each character’s cost varies from 6,000 to 10,000 AEOS coins from the shop, and after a three-hour session, we’d accumulated just over 2,000, including rewards from daily challenges. It becomes worse once pokémon are exhausted, with the game capping the amount you can earn each week from simply playing matches to 2,100 coins.

While Pokémon Unite is designed with longevity in mind, the amount of hours required to unlock the entire roster does feel steep. Once you factor in inevitable future additions, which might be behind steeper pay walls, it gives Pokémon Unite a sour aftertaste, even if this has become par for the course in modern free-to-play titles.

There’s other free-to-play trappings which affect Pokémon Unite too, namely jank. Menus often lag, sound effects frequently cut out during matches, and we encountered a bug which stopped our pokémon from moving altogether (although you will be loaded back into the same match if you exit to the Switch menu and return). For how enjoyable and addictive the core gameplay is, you might be left wishing for the ability to pay for a more polished experience.

There’s kinks to iron out in the roster too. There’s a definite lean towards aggressive classes like Attackers and Speedsters, with Zeraora standing out as an overpowered outlier with too much manoeuvrability. This will likely be addressed in future updates, but at the time of writing, it does cheapen the game’s push for balanced team compositions when certain pokémon clearly rule the roost.

Even with all its problems and ethical concerns, it’s hard not to see Pokémon Unite becoming another successful Pokémon spin-off. As an entry point into MOBAs it’s a success – adapting familiar Pokémon concepts in a way that makes an otherwise intimidating genre easy to understand and rewarding for long-time Pokémon fans. It’s just a shame the wonky package, tied to its free-to-play model, takes the shine off its best qualities.

In Short: An addictive and accessible MOBA which takes advantage of the Pokémon license to great effect but is hampered by an abundance of free-to-play irritations.

Pros: Gameplay is very fun and offers some of the best online action on Switch. Lots of depth and each character feels distinct and unique to master. Matchmaking is quick and easy.

Cons: A ridiculous amount of in-game currencies which are confusing and messy. Unlocking characters is a huge time investment, if you’re not willing to pay. Frequent bugs.