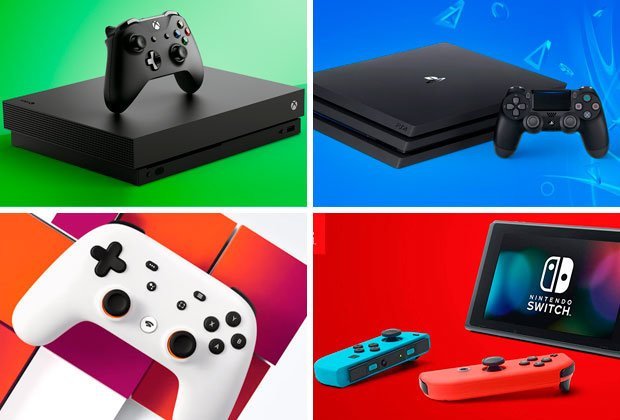 There has been much speculation regarding Google’s latest news, which many thought would be a console.

Instead, it was revealed during a Game Developers Conference keynote in San Francisco, it was to be a cloud gaming platform.

Google Stadia will allow users to stream games to any device.

It’s no surprise whenever a tech giant releases anything it can be intimidating for “smaller” scale businesses.

In a world where goods and services are increasingly online it can be difficult for stores selling physical products.

In fact, at the start of the year the Entertainment Retailers Association said that of £3.86bn generated by the video game market in the UK in 2018, £3.09bn was from digital and £770m was from physical sales.

That means 80 per cent of UK video game sales are now digital.

Despite this, GAME Digital boss Martyn Gibbs has welcomed the launch of Google Stadia, a service which would look to put more pressure on physical sales.

He does not see Google Stadia as a threat to the physical software and hardware market.

“We’d err on the side of excitement”

In fact, Gibbs does not see Google Stadia as a threat to the physical software and hardware market.

In an interview with GamesIndustry earlier this week the CEO talked about the importance of Google’s new initiative.

Gibbs explained how “any major investment that goes into video games is welcome, if Google can attract more people to play more often, obviously, we will benefit from that”.

At the same time, Gibbs admitted and warnerd that he thinks Stadia is going to take some time to succeed.

“There are so many unanswered questions, it is difficult to understand what the size of this would be” said Gibbs.

“We’d err on the side of excitement that there is so much more development money being pumped into games.”

So Gibbs believes Stadia will be good the gaming community – and it sounds like this is what Google wants too.

Speaking about the new project, Google VP Phil Harrison said: “Powered by the best of Google, Stadia is built for gamers to ‘stick around’ – where gamers watch and play.

“Game communities that watch gaming content and gamers that play games, and the developers that make those games, are often segmented.”

Google wants to brings all the gaming communities into one place.

If you own these PlayStation, Nintendo or SEGA games you’ve just got richer