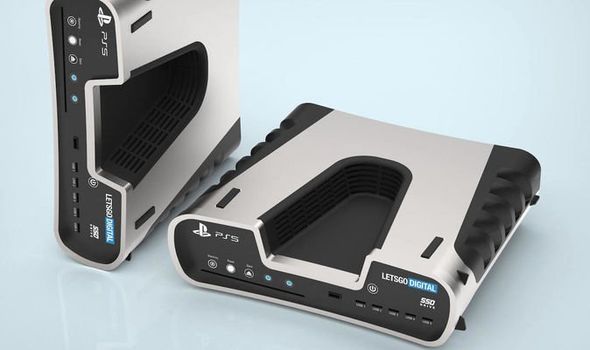 Earlier this week it was confirmed that Sony’s next-gen console would indeed be known as the PS5 and would have a late 2020 release date.

The belief is still that the console will be officially unveiled next February, followed by select showcases throughout the year as we countdown to launch.

But despite the launch of the PS5 being roughly a year away, one retailer has opened pre-orders for the next-gen device.

Dutch retailer Game Mania is offering fans the chance to pre-order the console by putting down a €50 deposit.

Unfortunately, however, we’re still no closer to finding out the exact price of the PS5, although it’s tipped to launch at around £400.

The news was revealed by Let’s Go Digital, alongside a first-look video preview of what the PS5 could look like.

The stunning PS5 prototype is based on a Sony patent filing discovered earlier this year, and is said to resemble the dev-kit currently being used by developers.

Take a look at the next-gen PlayStation 5 video preview below.

The countdown to the launch of the PS5 is really starting to get exciting, as hype builds for the new console.

Instead of working at a software level, Cerny confirmed that the console would gave ray-tracing acceleration in the GPU hardware.

The PS5 will also feature a completely redesigned user-interface, where the emphasis will be on seeing your options and instantly joining games.

“Multiplayer game servers will provide the console with the set of joinable activities in real time. Single-player games will provide information like what missions you could do and what rewards you might receive for completing them – and all of those choices will be visible in the UI.

“As a player you just jump right into whatever you like.”

But perhaps most exciting of all is the new controller, which will benefit from adaptive triggers and haptic feedback.

The adaptive triggers will provide varying levels of resistance depending on the in-game experience. Tension will increase when firing a bow, for example.

The controller will be able to provide different sensations when running in sand compared to swimming in water or moving over a wooden bridge.