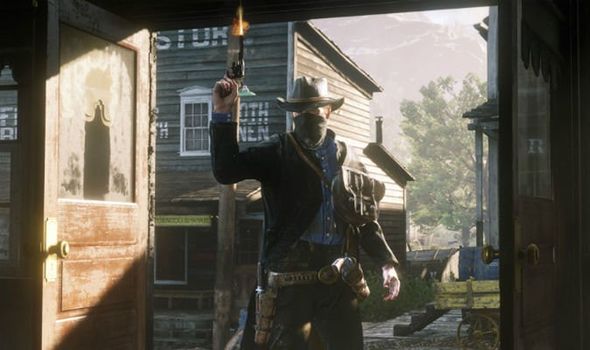 Red Dead Redemption 2 Online is getting a massive expansion next week on PS4 and Xbox One.

The Red Dead Online Summer DLC was announced months ago and is being launched on September 10.

As revealed earlier this year, the new Frontier Pursuits DLC features three new Specialist Roles, each with their own unique paths and activities.

“Do the law’s dirty work and bring some of the most dangerous criminals to justice as a Bounty Hunter, partner with Cripps and turn your camp into a burgeoning business as a Trader, and search for valuable treasures across the five states as a Collector,” a message from Rockstar Games teases.

“As you progress through each Role you’ll rank up, unlock new items, benefits and skills to enhance your experiences across the world, from gun spinning tricks to improved Eagle Eye and much more.”

But this won’t be the only new content and features being added to the game next week by Rockstar. Another Battle Pass style product was also revealed this week, called the Wheeler, Rawson & Co. Club.

This is set to be available to all players starting with the upcoming Red Dead Online update.

It will run until November and will include free unlockable items for gamers who play frequently.

“An automatic and free way to unlock and acquire Rewards as you accumulate XP (including Role XP) in Red Dead Online,” Rockstar describes the club.

“Just by playing you’ll receive new clothing and accessories, a special gun wrap, bonus cash, free tonics and more. As a Wheeler, Rawson & Co. customer, you’re automatically enrolled in the Club and everything you unlock during the Club Membership period – from September 10th to November 18th, 2019 – will be yours to keep in perpetuity.”

This appears to be the free part of the Battle Pass, with another also available to those who are ready to spend Gold Bars.

The Outlaw Pass will cost Gold Bars to unlock and will feature different rewards to those found in other parts of the game.

“The Outlaw Pass is a purchasable upgrade that offers even more Rewards across 70 ranks including exclusive clothing items, unique cosmetic modifications for weapons, accessories for your horse and much more as you progress. You can also earn Gold Bars and RDO$650,” the message from Rockstar adds.

“All Outlaw Pass Rewards up to your current Wheeler, Rawson & Co. Club Membership Rank unlock instantly once The Outlaw Pass is purchased.”

The Outlaw Pass will cost 35 Gold Bars, with members receiving “an abundance of Pass Rewards” including exclusive clothing, distinctive styles for your armaments, adornment for any campsite, bonus cash and special vouchers.

This was announced today alongside a new trailer for the big Summer expansion coming to PS4 and Xbox One on September 10.

Rockstar Games has long experimented with different techniques in trying to keep players engaged with games like GTA Online and NBA 2K.

And while it may seem surprising to see Rockstar adopt something like a Battle Pass, it has been proven many times over to be a great tool for keeping player attention.

Will it be enough to keep gamers engaged in Red Dead Online? Only time will tell when it comes to later in the year and we find out its impact from Rockstar Games.

Call of Duty Modern Warfare update: When is BR Quads coming back to Warzone?