Home » News » Resident Evil 7: How To Complete The Bedroom DLC

After years of downplaying the survival horror roots that originally defined the series, Resident Evil 7 was an important return to form for Capcom’s premiere franchise. Inventory Management was once again important, scares went beyond the surface level jump scare, and more passive gameplay made it easier to appreciate instances where Ethan is forced to fight back. Resident Evil 7 juggles a balance between horror and action better than any other game in the series.

Part of this stems from how comfortable Resident Evil 7 is playing with all types of horror – whether that be body, psychological, or downright visceral. While Ethan Winters is Resident Evil 7’s main character, Clancy Jarvis suffers more than anyone else throughout the story. The Sewer Gators’ cameraman, Clancy’s time with the Baker family is fleshed out in the Banned Footage DLC.

Resident Evil 7’s Bedroom DLC focuses on Clancy’s night with Marguerite Baker, locked up against his will and forced to use his wits to escape. Like most of Banned Footage, Bedroom is a puzzle centric DLC that tests players’ observational skills while also building up palpable tension through Marguerite’s presence. 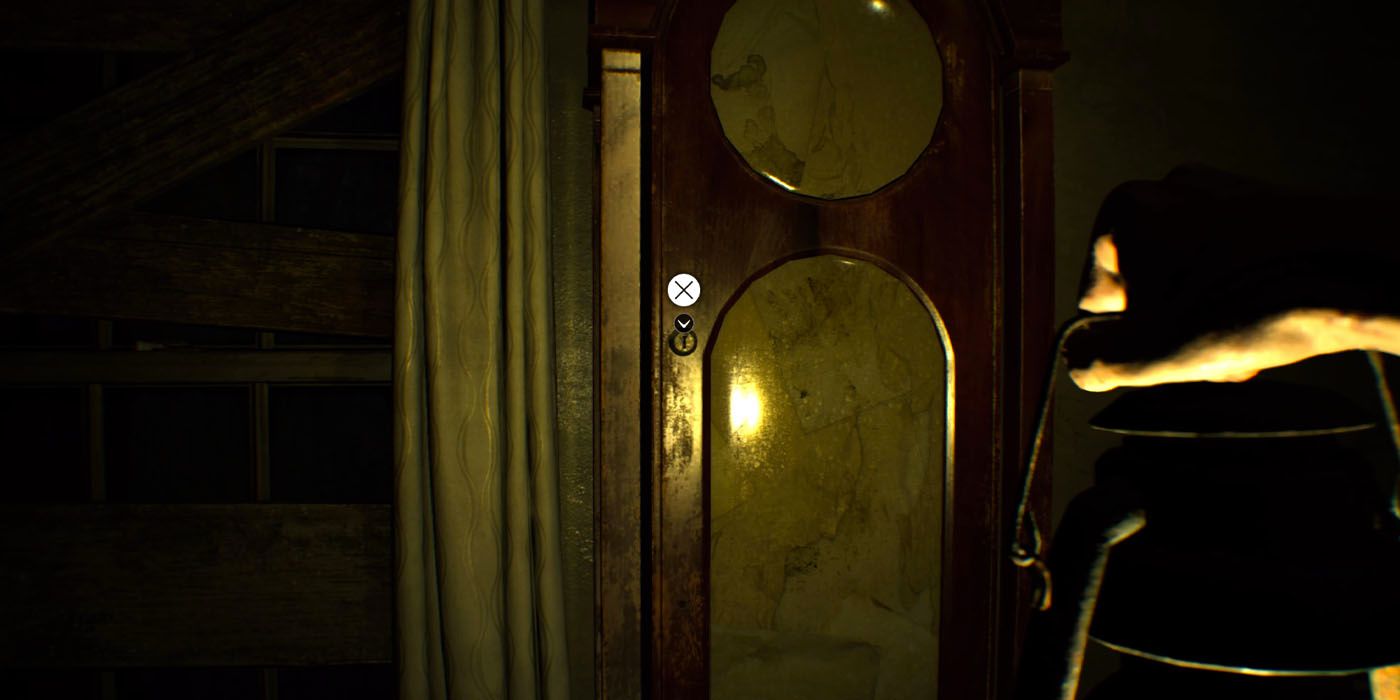 The Bedroom DLC opens with Clancy waking up in a pitch black room before Marguerite enters with her lantern and some supper for him. Marguerite expects Clancy to eat up so he can become Eveline’s new big brother, but players never actually need to interact with the food (and trying to eat some actually deals damage). Make sure to lie to Marguerite about the food looking delicious. Before leaving the room, Marguerite will hang a lantern by Clancy’s bedpost.

The goal of the DLC is to explore the bedroom in order to find a way out. Certain actions will make noise, prompting Marguerite to run back up and check on Clancy. If this happens, a timer will start ticking down and players will need to rearrange the room exactly as it was or else Marguerite will attack Clancy.

Once ready, grab the Spoon on the table and unlock Clancy’s restraints. Pick up the Lantern by the bedside and check the vase on the dresser to find a Lighter. Do not pick up any of the Paintings in the room, but make note of them. Untitled Painting C is on the wall directly across the bed and Untitled Painting B is blocking some spiders next to Clancy’s bed. 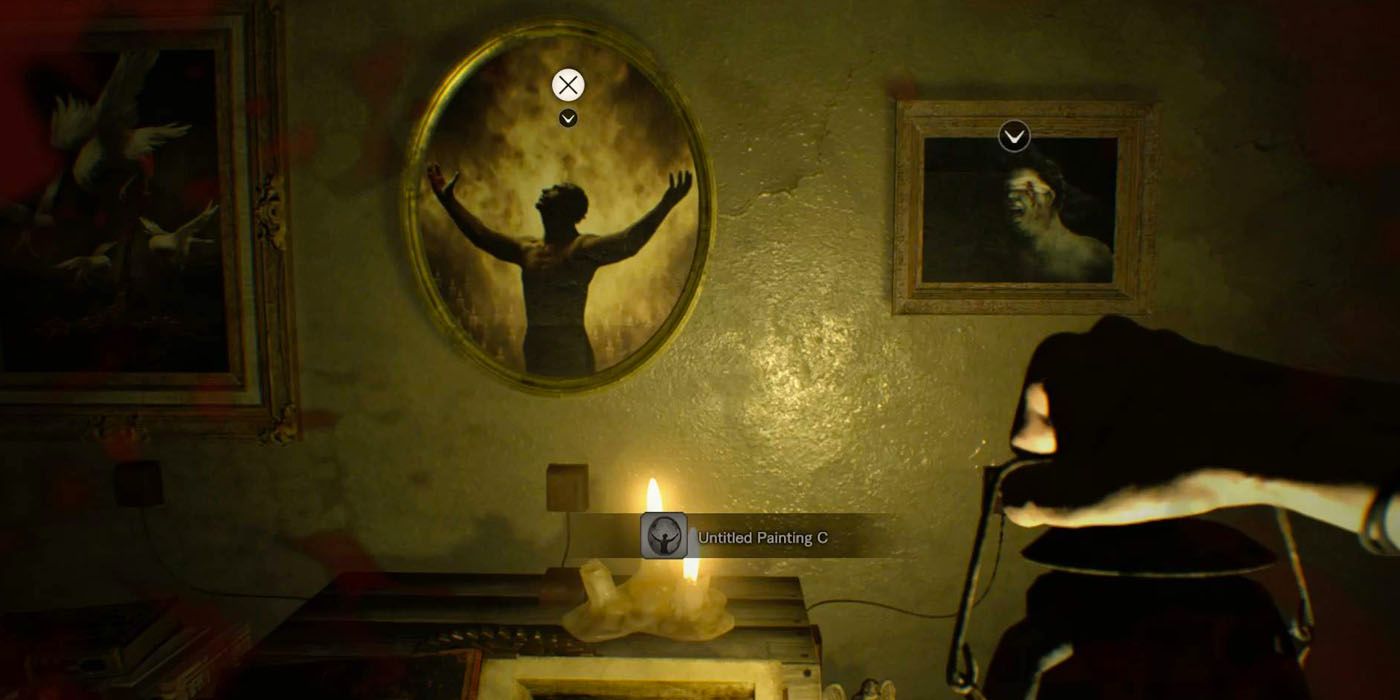 So long as players set the room back exactly as it was, Marguerite will leave Clancy to his food and head back out after checking up on him. Take off Clancy’s restraints and grab the Lantern again to start exploring the room. Grab Untitled Painting C off the wall and Untitled Painting B by the bed to solve the Painting Puzzle. From left to right on the wall where Untitled Painting C was, the three paintings should be set as: 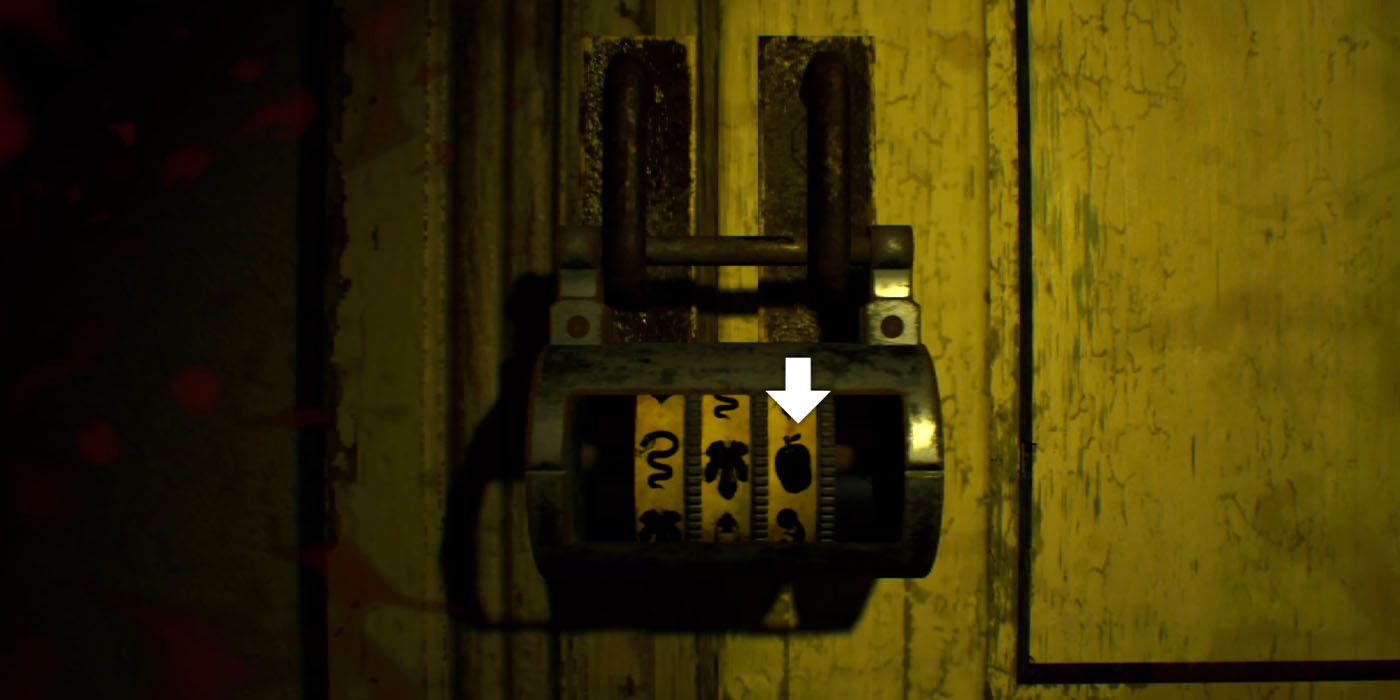 If all the paintings have been placed back to their original spots, Marguerite will once again spare Clancy. This time, however, she’ll have a new tray of food for him. Grab the Fork and Stove off the plate, then unhook Clancy’s restraints and pick up the Lantern. A note actually slid out from under the bed when it opened, reading:

This riddle actually refers to the paintings, not the three character lock leading into the Storage Room. Hang up the paintings in ABC order and the book will reveal a doll with a Fig Leaf on its chest. Inspect Spoon and Fork to find an Apple and Snake on them respectively. Input Snake, Fig Leaf, Apple into the lock and open the Storage Room. Make sure to place all the paintings back to where they belong before heading inside. 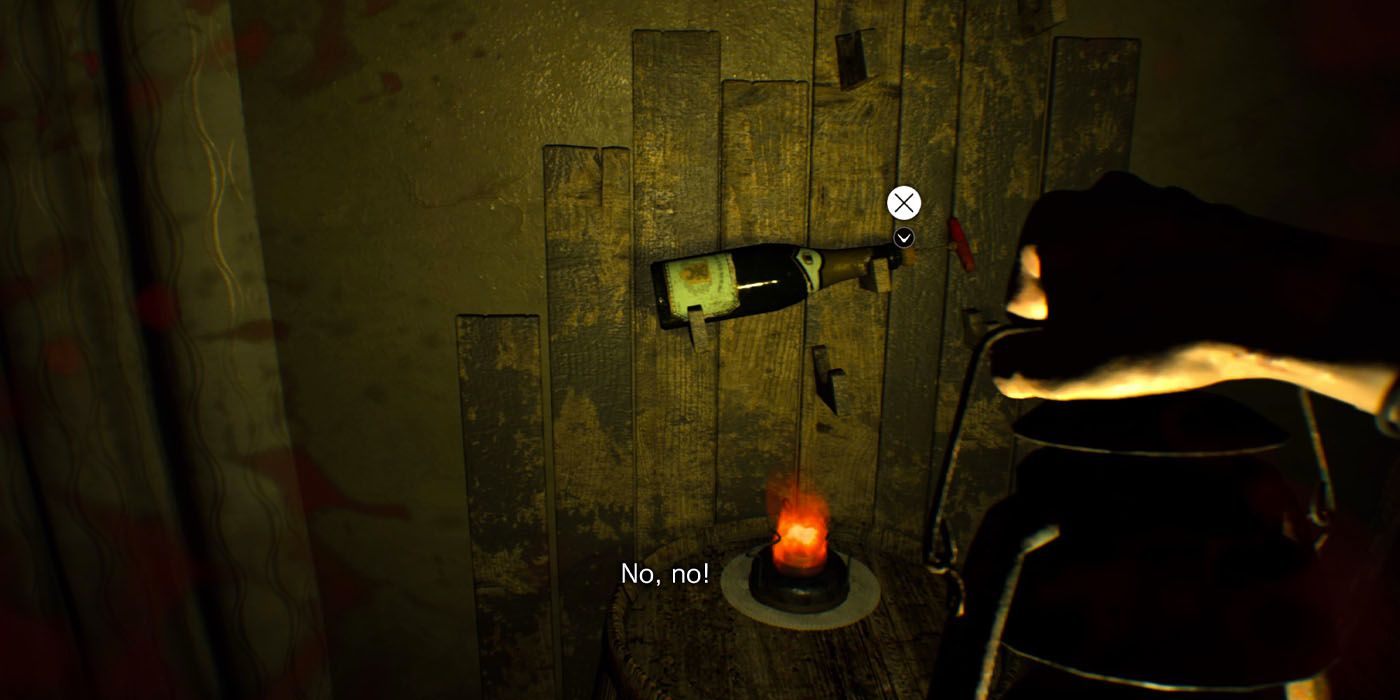 Before Clancy can get the Snake Key and unlock the hatch beneath the bed, he needs to solve a shadow puzzle. Grab the knife hidden behind the dresser in the Bedroom and use it to unlock the shadow box. Don’t place the Lantern into it yet, though. Instead use the Knife on the paneled up drawer inside the Storage Room to find Solid Fuel. Combine the Fuel with the Stove and head back to Untitled Painting B.

Pick up the painting and place the Stove beneath the spiders. Use the Lighter on the Stove to kill the spiders, causing a wine bottle to explode in the process. Quickly grab the Corkscrew the spiders were guarding, hang up Untitled Painting B in front of the mess, and hang up the Lantern before heading back to bed (make sure the Storage Room door is closed too). Ideally, this should be the last time Marguerite comes to check up on Clancy. Once she’s gone, it’s time to make Clancy’s great escape. 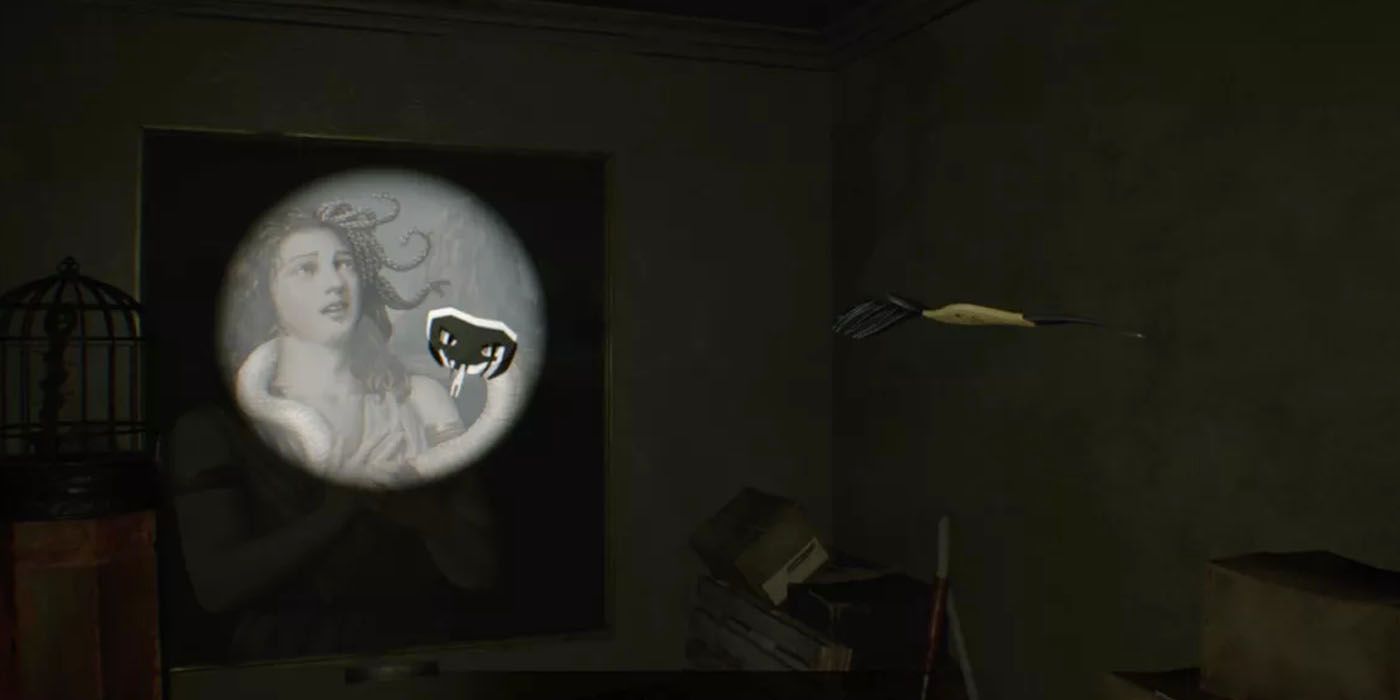 Then use the Fork on the podium closest to the shadow box and rearrange it to look like a snake. This one might take some time to figure out, but think of the Fork’s prongs as the snake’s fangs. Once both shadow puzzles have been completed, grab the Snake Key to alert Marguerite one last time. Before heading back into the bedroom, equip the Knife and open the door. Clancy will automatically stab Marguerite, buying him enough time to trigger the clock, unlock the hatch with the Snake Key, and escape from the Bedroom – only to find himself in a new nightmare.

Next: Resident Evil 7: Every Treasure Photo Location & Their Reward

Genshin Impact: Every Catalyst User in The Game

What You Should Know Before Playing Fire Emblem: Shadow Dragon & The Blade Of Light