Hello again intrepid adventurers! At least, hello again if you are returning. I’ve been playing through Pokemon Blue again these past few months, trying to explore the region afresh to understand why it holds so much magic. Many of you have joined me thus far, but for any newcomers, welcome aboard. You can catch up on the story so far here. Last time, I left Fuchsia Town behind.

Fittingly for a weekend when we saw the first trailer for The Little Mermaid movie they’re making for some reason, this week we’re heading to the sea. On the swim (or Surf) from Fuchsia to Cinnabar, we hit the Seafoam Islands, but we’ll wait until next week to add that adventure to our diary. Today, just like All Saints, all we’re concerned with are the pure shores – and the water in between. Bon voyage!

Part of the reason I’m documenting my return to Kanto is to try to think about what I’m doing from a different angle. When I played the game the first time, chunky manual by my side, I was fumbling around trying to figure out not only how to progress in this specific video game, but how video games themselves worked. 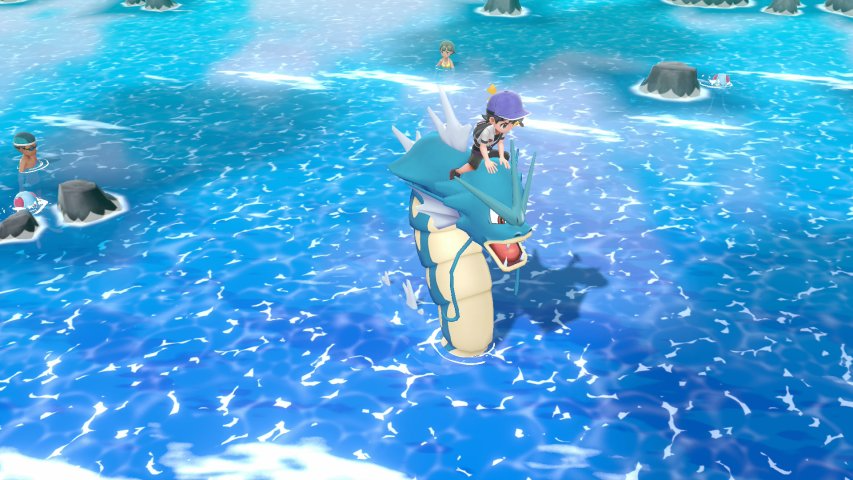 Pokemon Blue was the very first video game I ever played (much of my life since has been a disappointment), and so the language of video games themselves still needed to be deciphered. Things as simple as tapping A for ‘okay’ we’re discovered on the plains of Kanto. I was too busy learning how to play to think about how strange some of the game’s ideas are. And then returning for subsequent playthroughs, I knew the game so well that it was on autopilot. Going back to the game now, it’s bizarre that how we get across the ocean is by standing on Gyarados’ back and hoping we don’t fall off.

‘You’re not standing, you’re sitting!’ I hear you say, you hypothetical creature I’ve invented for the purposes of this article. Sure, on Gyarados I guess you’re standing. But much smaller creatures use Surf and it feels impossible that we’d be sitting on them without getting a very soggy bottom in exchange. That’s nothing though compared to what happens when we battle. Throughout our journey to Cinnabar, we encounter Swimmers. Treaders is probably more fitting, given that they don’t move, but after they met me they couldn’t move any more forever. Why? ‘Cause they’re dead!

I haven’t been talking too much about the individual battles I’ve been having in this journey, as I think it goes against the idea of what this adventure is about. I haven’t even talked about my Pokemon, except passing mentions of Bulbasaur, Gyarados, and Jolteon. It’s ol’ Jolty back in focus here. When the Swimmer/Treader wades over to us and continues to tread water while initiating the battle, I chose Jolteon. Being an Electric type, Jolteon uses Thunderbolt and sweeps all challengers aside – but let’s have a think about how that works in person. 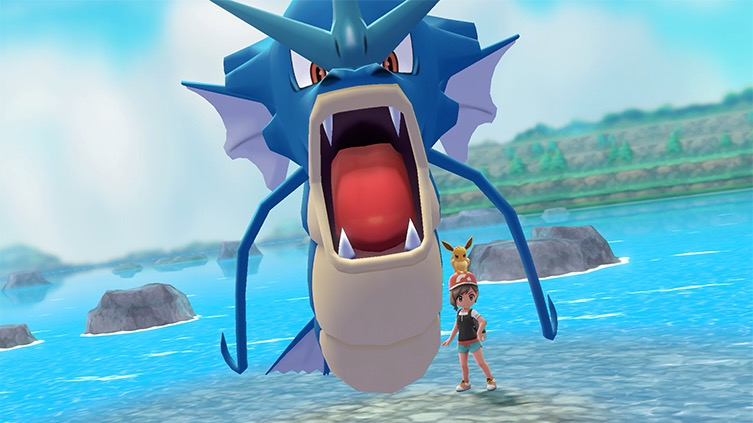 I’m standing on Gyarados, or possibly sitting. I throw out Jolteon, who lands also on Gyarados, or possibly in the water. The Swimmer, while in the water, throws out Tentacool, who lands in the water. Jolteon hits Tentacool with Thunderbolt. It says Tentacool faints, but having been zapped with a powerful electric current while submerged in water, it almost certainly dies, as does the Swimmer and most life forms nearby. I survive, somehow grounded by Gyarados. The Swimmer answers me, but I think it’s clear they’re not long for this world after I’ve done my worst.

While I do feel a pang of regret at killing the Swimmer, not so with Tentacool. Zubat tends to have the reputation for being Gen 1’s most annoying vermin, but for me the constant presence of Tentacool while Surfing is far more irritating. By wiping them out, I’m performing my civic duty.

I'm never even quite sure how to feel about Seafoam Islands, always under the impression it was a first draft of Gen 2’s Whirlpool Islands. Next week we’ll explore with aplomb, but until then, see you soon space Pokemon trainer.

BioWare Is Setting The Modding Community "Up For Success" With Mass Effect: Legendary Edition