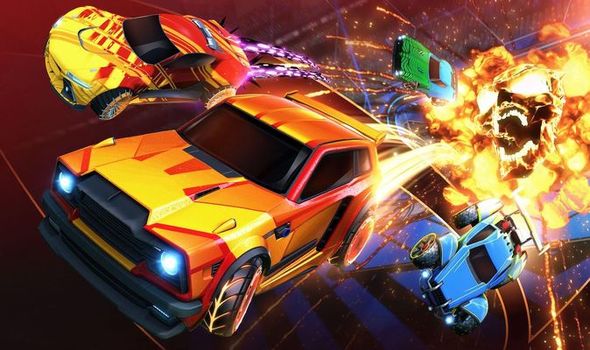 Rocket League Season 4 is about to begin on PS5, PS4, Xbox Series X/S, Xbox One, PC and Nintendo Switch.

The new Rocket League season has an August 11 release date and a 4pm BST launch time in the UK.

Developer Psyonix has released an update ahead of the new season, which adds a host of new features and rewards ready for the big event.

“The latest car, Outlaw, is on the loose, and is wanted for boost stealing and demo hunting,” reads a Psyonix post.

“Capture it in Rocket Pass Premium along with 70+ Tiers of the shiniest loot this side of Deadeye Canyon, including No-Name Topper, Tanker Wheels, Amikoo Decal, and Lava Boost.”

You can see some of the new rewards – including Octane – in the image below.

As you can see from the Rocket League Season 4 patch notes, Rocket League now has a streamer safe music option, which will prevent streamers from receiving strikes while broadcasting.

Other new features include harsher penalties for quitters in casual mode, as well as player to player trading improvements.

– ‘Streamer Safe Music’ can be found under Settings > Audio

– Once enabled, Rocket League will remove or replace any tracks that may lead to a DMCA violation

– To improve the average match quality in Casual playlists, we are introducing penalties for players who quit Casual games early.

– Similar to the matchmaking bans for Competitive Playlists, players who leave Casual Playlist matches early may be subject to a short matchmaking ban.

– You can now “Vote to Concede” a Casual Match once enough time has passed, similar to Competitive play if your team wants to leave or simply proceed to the next match.

– We’ve made the following changes to backfill behavior

– If a player leaves a Casual match, they will not be backfilled into the same match

– Casual matches with a score difference of three goals or more will not be backfilled. Bots will replace any players who leave the match.

– To help preserve balanced competitive play, parties of two playing in 3v3 Standard in Competitive or 3v3 Tournaments must be within 3 Ranks of each other

– Once both players have entered items and accepted terms, a new trade review screen will appear

– This screen will display all items involved in the trade

– All item details are visible at all times on this screen (Painted color, Certification, Special Edition type, Esports affiliation)

– No new items can be added once this screen appears

– Similar to current ban messaging, and Report Feedback, this message will appear as a pop-up once Rocket League is started

– The way player population is displayed in-game is changing

– Playlist population display has been changed. Based on a playlist’s population, players will see one of the following

• [PC] Fixed a crash when loading into Utopia Coliseum (Snowy)

• Fixed appearance of several Trails when previewed in the Garage

• A loud, quick beat of music heard at game startup has been removed

• FPS improvements to some Arenas

• Fixed players logging on, receiving a “Syncing Failed” message, and missing their inventory

The next gen Xbox is just called Xbox says Microsoft