Upon starting my first game of Roundguard, I couldn’t escape a sense of surprise that this hasn’t been done before. At first glance, Roundguard looks like a copy of the hugely popular Peggle, but with a fantasy theme. That might have been enough to propel Wonderbelly’s debut to success, but it’s the integration of roguelike elements that propels this new project into its own orbit, transforming what could have been a shameless knock-off into a simple but rewarding game with an identity all its own.

Players control a rotund warrior, rogue, or wizard as they descend into the dungeons beneath a castle. On each turn, you launch your intrepid adventurer into a field of monsters, gold pots, and potions, then watch as your character bounces and rebounds from one end of the stage to the other. Along the way, you deploy spells and skills that alter trajectory, damage baddies, and boost your gains. Thanks to the varied skills of each class, a healthy balance emerges between the unpredictable careening of your character and when you choose to activate abilities. Like in Peggle, there’s something deeply satisfying about the Pachinko-style descent through a stage, watching with anticipation to chart a path to the bottom.

I enjoy all three classes; Wonderbelly has done a good job emulating classic RPG archetypes, from the wizard’s screen-nuking lightning bolts to the rogue’s versatile double jump. I spent most of my playtime going back and forth on my favorite, which is a sign of strong balance. Three classes at launch feels good but not great; without a broader selection of heroes, it’s easy for the choice to grow stale. As it is, I felt like I’d seen much of what each option had to offer after a few hours of play.

Thankfully, roguelike elements lend additional replayability. The layout of stages and the interconnected map between them changes each time, so you’re rarely left with the sense that you’ve witnessed the exact same playthrough before. On each run, you also collect and equip various weapons and armor pieces that accentuate a given playstyle. That’s a fun addition, but it is sometimes disheartening when random equipment drops hold you back from success because they don’t jive well with your abilities. Without broader flexibility to collect and keep items to equip at my leisure, it’s hard to reach an optimized build. Being forced to toss an item early in a run (only to wish for it back three stages later) sometimes left me frustrated.

Stackable trinkets have no limit, which is a fun way of building power over the course of a playthrough. You’re assigned a random trinket at the start of a run, which you acquired at the end of your last. That’s a smart incentive for continued play, but without any choice for that trinket, it sometimes feels like a meaningless gesture, with a bonus that doesn’t help your preferred playstyle.

Meanwhile, relics offer a longer form of engagement for dedicated players. Acquired for completing a full run, you can only master them by completing a second run with the relic equipped. The often challenging modifications provided by these relics can be mixed and matched for any given run, changing the flow for experienced players, and further extending the life of the game. I had a lot of fun trying to eke out a win with challenging relic combos in effect.

Roundguard is charming and engaging, both in extended sit-down plays and in shorter intermittent play sessions. Silly characters and nemeses draw heavily on established fantasy tropes, and strike the right tone for the light nature of play. Peggle veterans who have longed for a sequel should definitely play this clear homage. But even newcomers to this style of bouncy-ball fun will find a lot to smile about in this friendly dungeon descent. 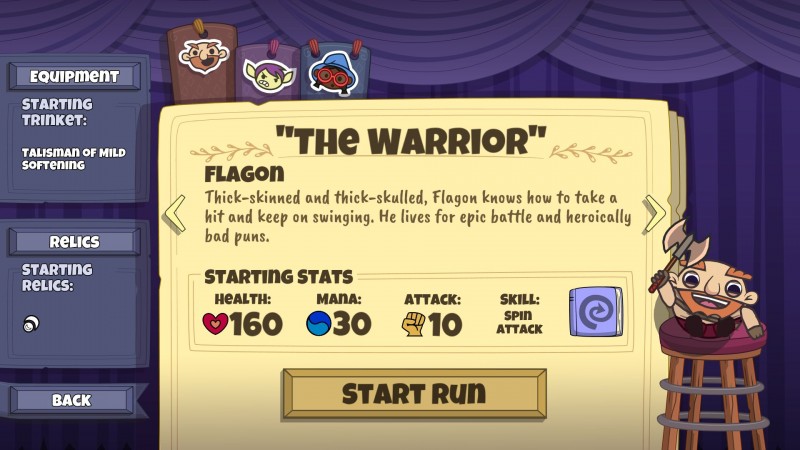 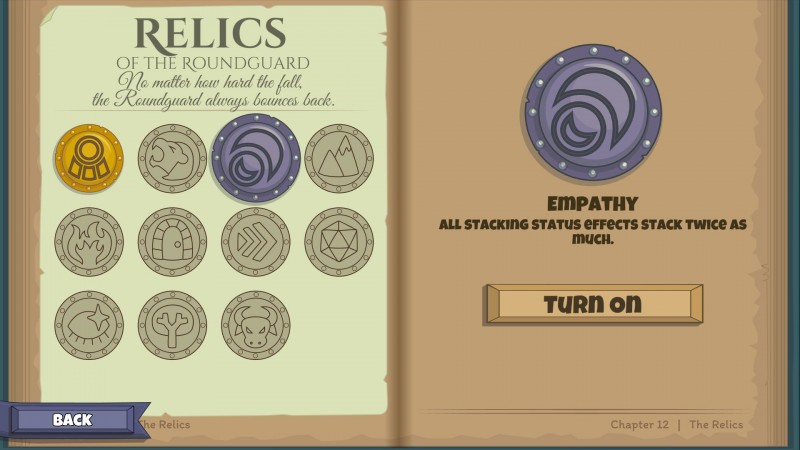 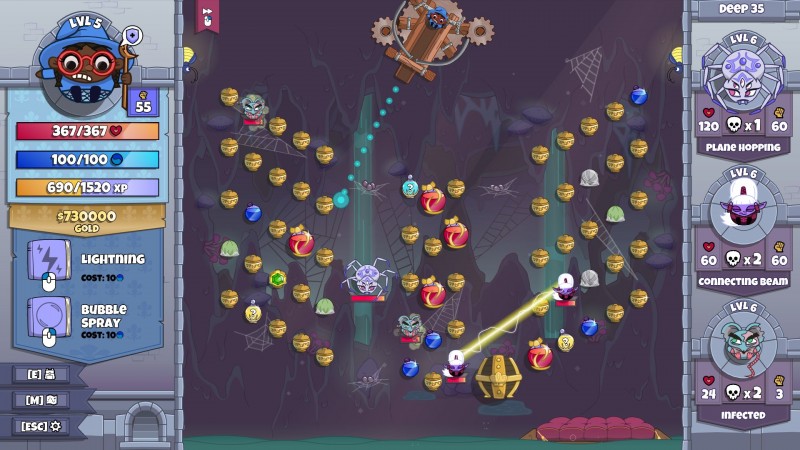 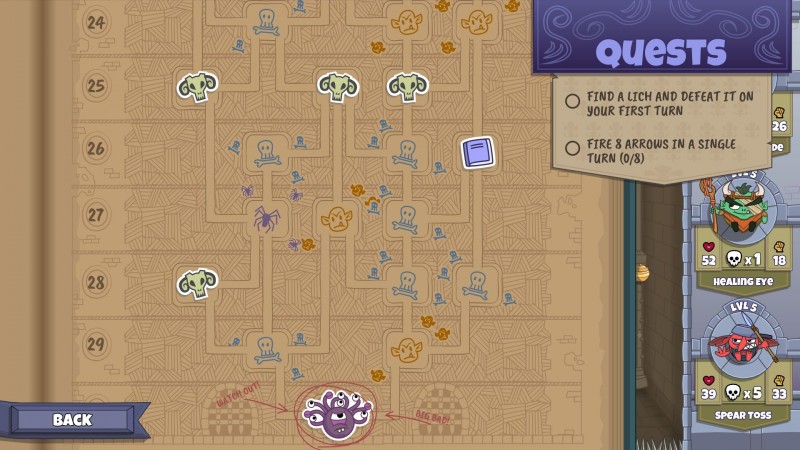 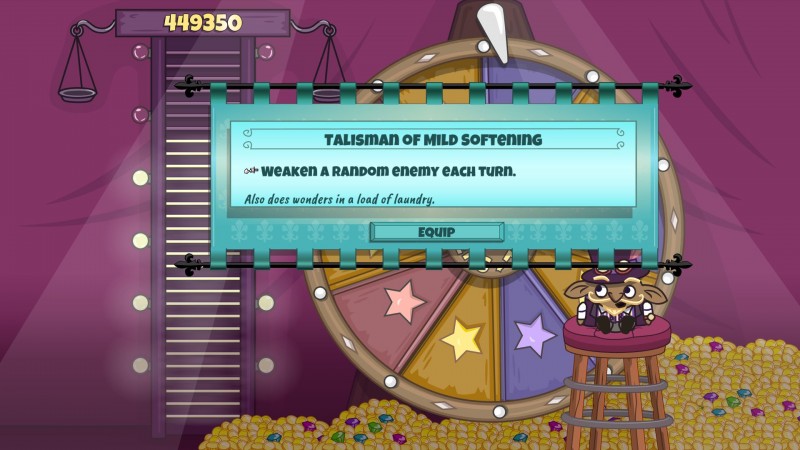 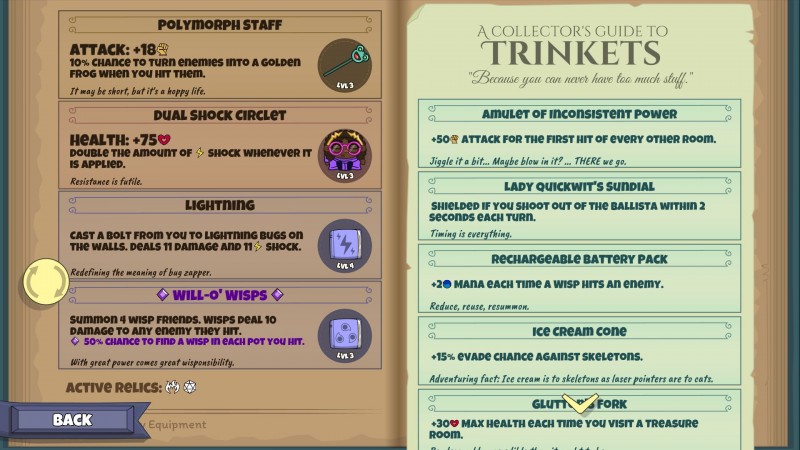 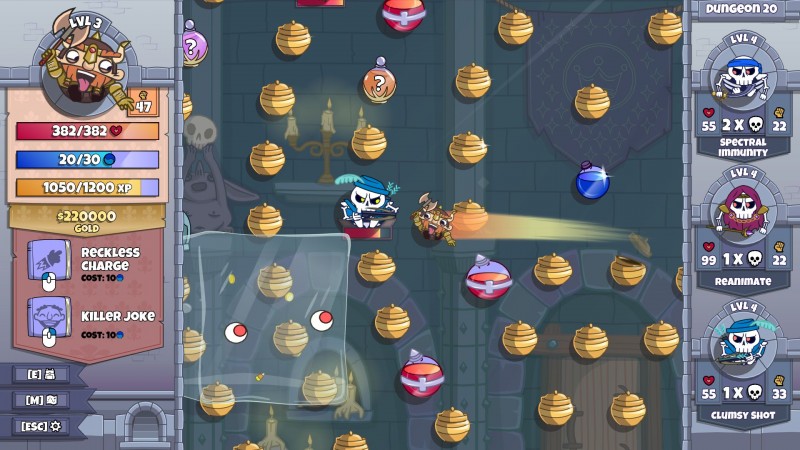 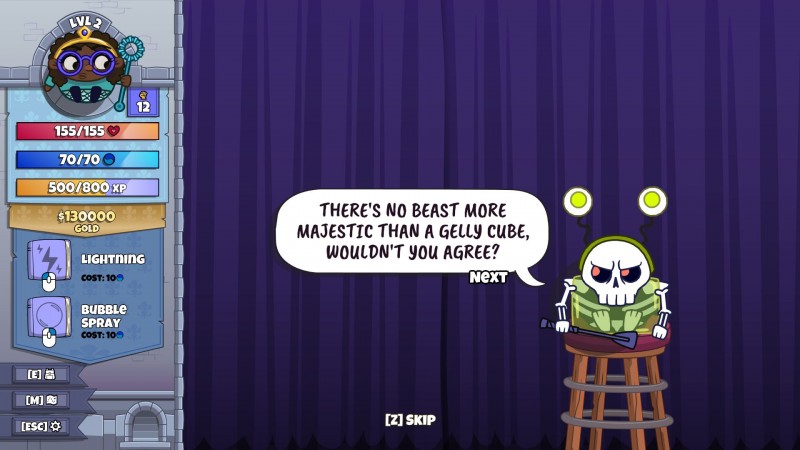 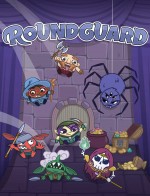 Wonderbelly riffs off Peggle and rogue-like dungeon crawlers, and manages to find some of the most addictive elements of both.

Below PS4 review – explore at leisure