Join Transform 2021 for the most important themes in enterprise AI & Data. Learn more.

Open source software development is often driven by passion, with little expectation of financial rewards. But a new analytics company called Scarf is taking the first step toward changing that by giving developers greater insight into their work.

Founded by Avi Press and Tim Dysinger, Scarf is launching a service that helps developers track downloads of their projects in order to gain a better understanding of the end users adopting them. The hope is that this information will allow developers to connect with commercial users and discuss paid services, such as support and customization.

“It’s shifting the power dynamics in open source and who owns the software distribution channels and having it be much more friendly to the people who are actually building it,” Press said. “We think that when we align ourselves with maintainers, it’s something that is going to benefit everybody.”

As part of the announcement, Scarf also disclosed that it has raised a $2 million seed round from Wave Capital and 468 Capital, as well as angel investors Scott Belsky and Kevin Hartz.

The idea evolved from Press’ own experiences as an open source developer, which included exhilarating highs matched by the crushing pressure to continue maintaining a project.

“I’m watching some of these projects grow, and people are using it from all over the world and contributing changes and stuff,” he said. “But after not much time, I’m in a position where nights and weekends are just gone maintaining this project because people are pinging me at all hours of the day being like, ‘Oh, this isn’t working, that’s not working.’ And a lot of these people were clearly at big companies, which put the pressure on me to make sure that everything that I was putting out there was working all the time.” 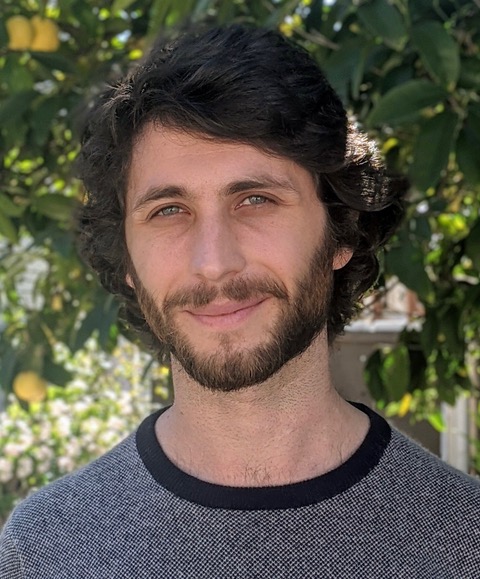 Press considered quitting. What really frustrated him was that open source registries didn’t share much in the way of data. He had no real way of knowing who had downloaded the code or pulled updates or used which updates.

“There was clear potential,” he said. “I was providing value to a big company. I could provide support to them or custom features. But all I knew was the total number of downloads. And it was just that feeling of drowning under the notifications and not being able to keep up with them.”

After hearing from open source developers who felt the same frustrations, Press began working on a way to solve it. First, he created a small piece of JavaScript that could be inserted into the software to send an analytics call. It was an interesting start that eventually led to the product Scarf has now released.

Called the Scarf Gateway, the platform sits in front of the registry and acts as a kind of static redirect. The gateway redirects traffic to wherever the code is being hosted. This way, developers can change registries at any time but never have to worry about breaking the links to their projects because those sit with the gateway.

In addition, the gateway collects more detailed analytics about who is interacting with the project. Those analytics are all accessible to the developers.

“That gives developers more control over that distribution channel,” Press said. “Users of the Scarf Gateway have that visibility into their distribution pipeline.” 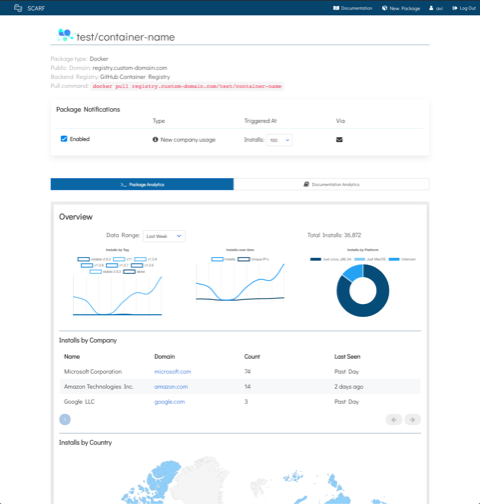 Press sees the launch as the first step toward a larger and potentially even more interesting opportunity: a marketplace for developers.

“The marketplace idea is something that we are laying the groundwork for now,” he said. “As an example, we can broker support agreements at scale much more easily because we have that foundation of data.”

Because Scarf will facilitate the delivery of software, Press believes it will be able to provide access to custom and proprietary features. Developers will know how and how much a company is using their code.

“Right now, that’s a total black box,” Press said. “The distribution mechanism for open source these days, it no longer is a very tenable thing to just have no visibility.”

The marketplace will eventually benefit both developers and the companies that are increasingly relying on open source software for mission-critical operations.

“Even when a company is not paying you a dime, or even really telling you very much about how they’re using the software, they have all of the demands and expectations of someone who is paying you,” Press said. “That’s one of the things that makes being an open source maintainer such a mentally taxing position to be in — because of those expectations. And they have those expectations because the software is so valuable to them. A lot of the developers that I’ve talked to would be thrilled to be working more directly with commercial users and want to be, but they just don’t have the tools to actually make that happen.”