Sega is going to bring “new games” for Sonic’s 30th anniversary in 2021, and we have no idea what they might be.

Sonic is about to leave his late 20s and enter his 30s. He’s an adult now. Probably has a mortgage and a minivan. But Sega isn’t done with Sonic just because he’s turning 30.

According to a new advertisement recently discovered in Licencing Source Book Europe (perhaps the most boring-named magazine of all time), Sega has big plans for Sonic’s 30th birthday.

Besides touting Sonic’s accomplishments, such as $6 billion in global franchise revenue and 920 million games sold, the ad also notes that Sonic’s recent film debut also busted box-office records for a video game and made over $300 million.

It then goes on to provide us with what Sega has in store for Sonic’s 30th anniversary. “A year of celebration – new games, digital content, events, major announcements, and a tailored licensing program.” 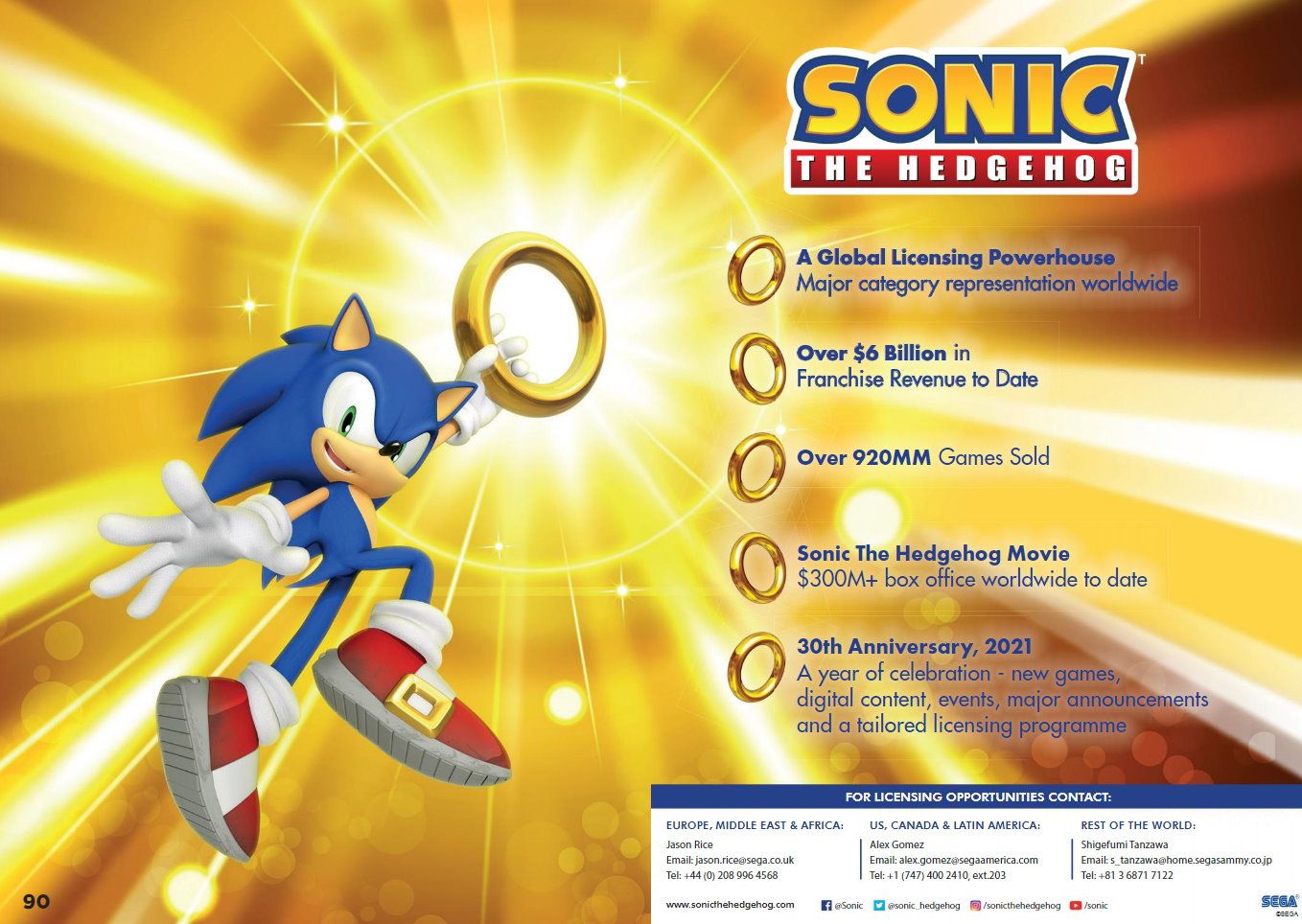 We can ignore the “tailored licensing program” as something that’s mostly aimed at folks in the marketing world, but the rest of that list is groovy, especially the part about new games. We don’t know what those games could possibly be, but maybe Sega as another classic+modern combo game like Sonic Forces in store for us?

A seriously underrated game, that one.

The Perfect Picks For Halloween Board Game Night

PS4 update 6.51 patch notes: New PlayStation download out TODAY, here’s what it does

Legends Ultimate Arcade Review: Classics As They Were Meant To Be Played
PC