There are lots of quests to complete in Skyrim's Thieves Guild questline. Some missions are optional while others are necessary to finish the faction's story. Not every quest you complete for the Thieves Guild is directly about stealing. Instead, you may encounter missions where learning information is the objective.

"Scoundrel's Folly" is a quest that has the Dragonborn traveling to Solitude to investigate people that are enemies of the Thieves Guild. Here's how to complete Scoundrel's Folly and every reward you can earn from it.

How To Complete Scoundrel's Folly

There are a couple of essential steps in "Scoundrel's Folly," however, there are also a few optional objectives you can complete. 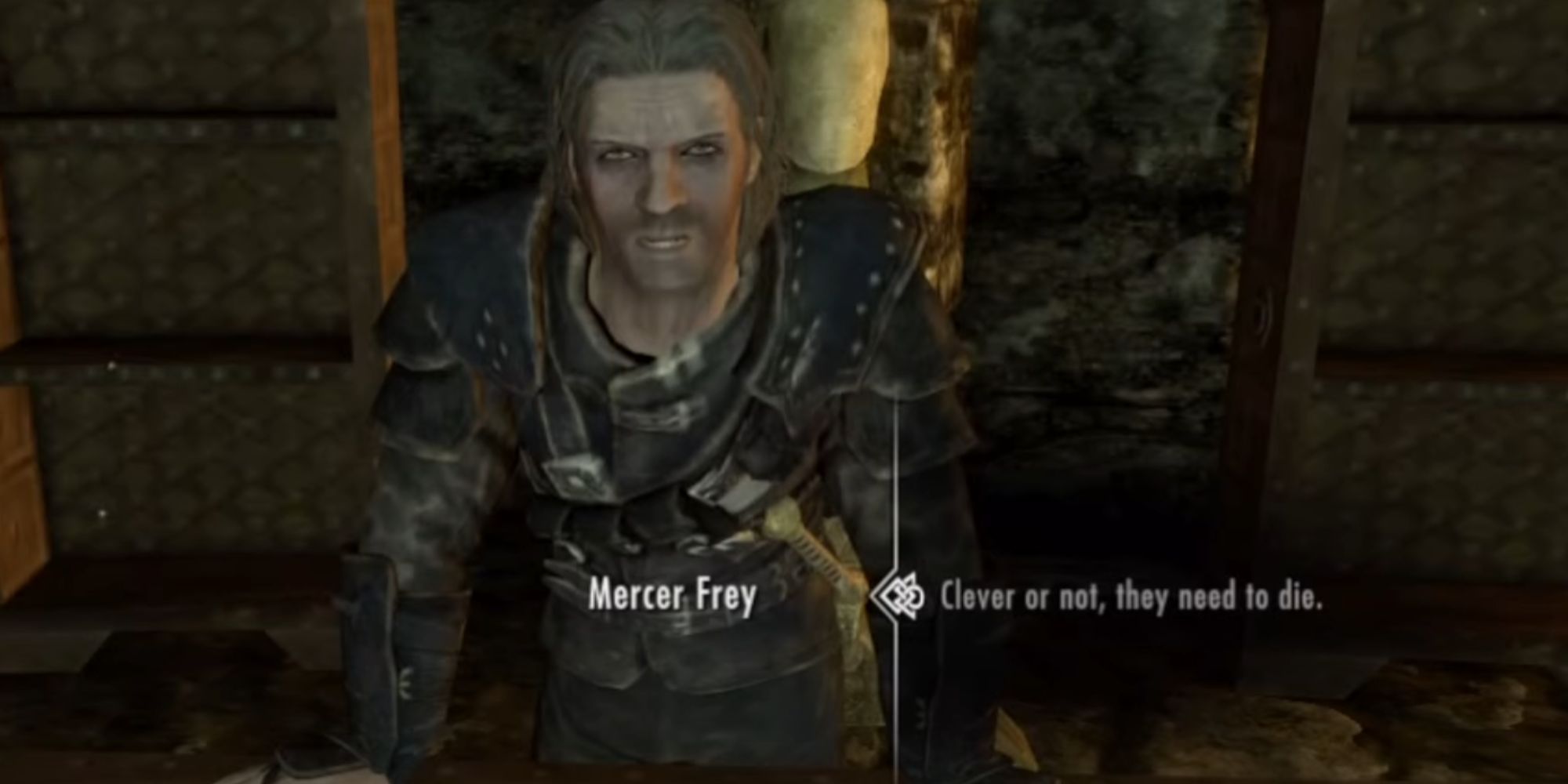 Speak to Mercer Frey in the Ragged Flagon, and he'll inform you about a person named Gulum-Ei, a previous ally of the Thieves Guild. Mercer needs you to investigate him and gain information about a possible culprit working against the thieving faction. Gulum-Ei is in Solitude, so that's where you need to travel. Solitude is at the spot on the map below.

You can optionally talk to Brynjolf before leaving the Ragged Flagon, and he'll give you more information about Gulum-Ei. Brynjolf will tell you to follow or bribe Gulum-Ei to get intel. 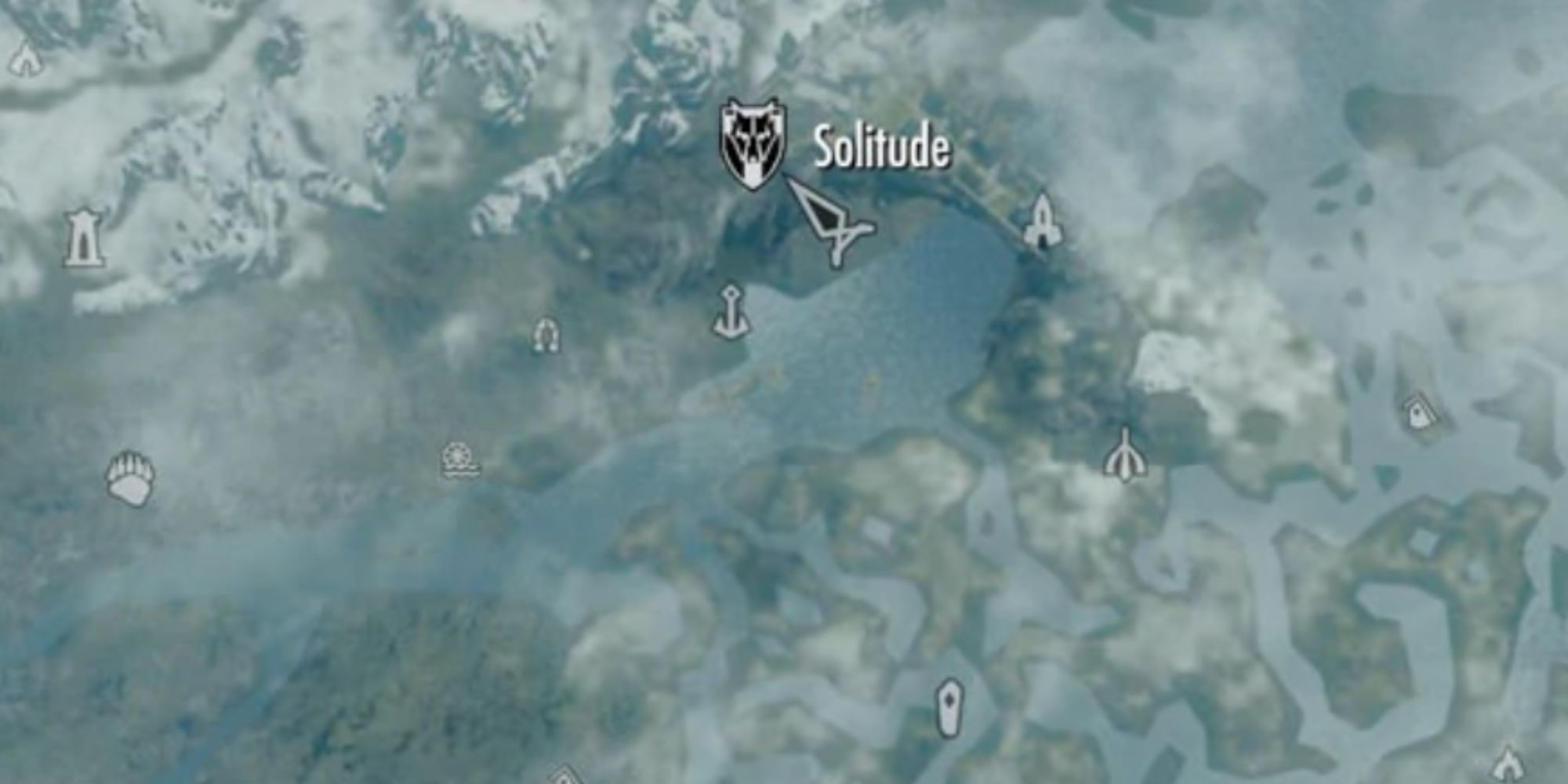 Speak to Gulum-Ei and persuade or bribe him. Bribing him requires a lower Speech skill, so it may be your only option. If you bribe Gulum-Ei, then you'll need to retrieve Firebrand Wine from the Blue Palace in Solitude, which will show up on your map through a quest marker. 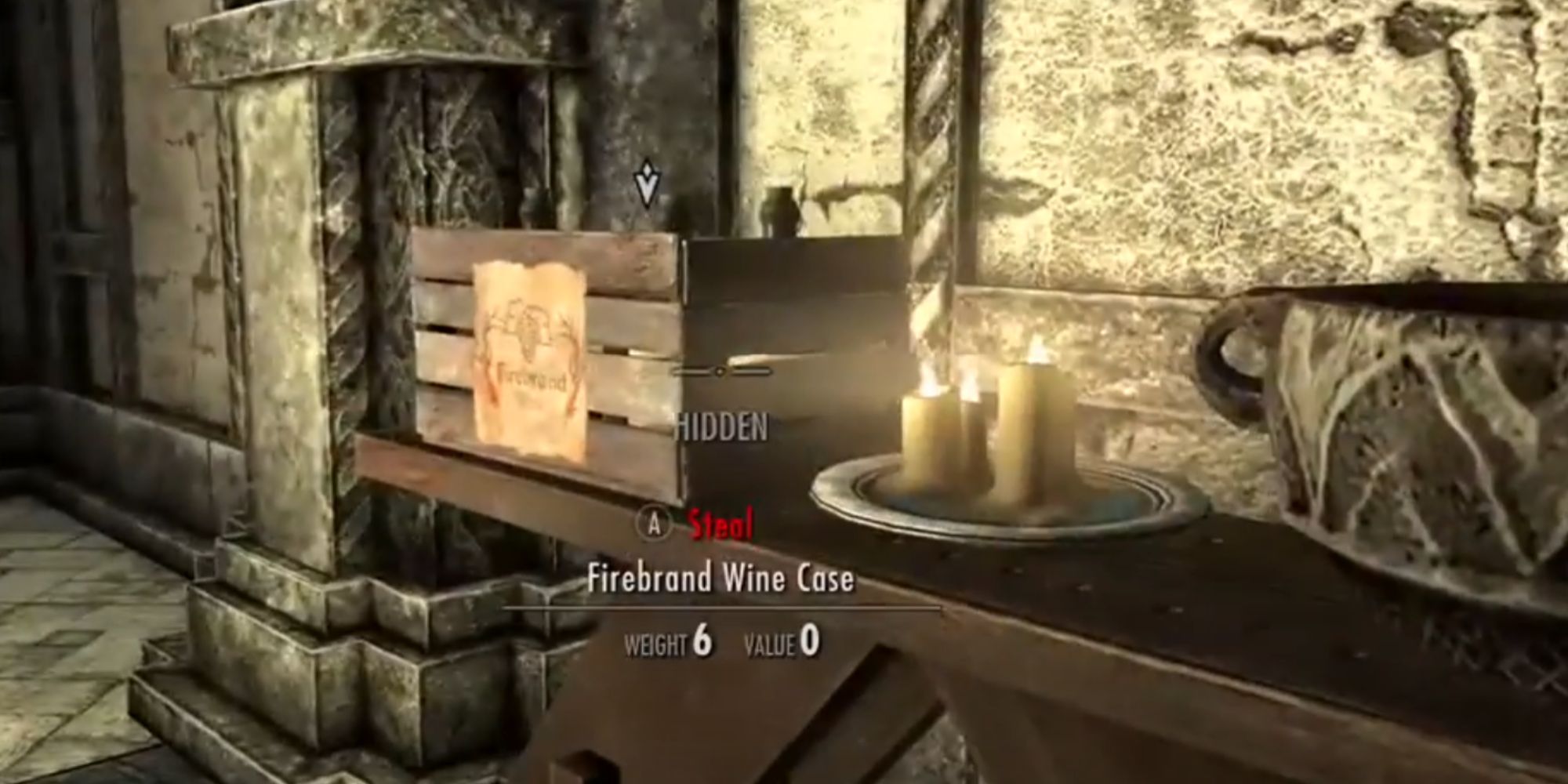 Once you bring the Firebrand Wine Case to Gulum-Ei after the bribe or successfully persuade him, he'll tell you that the woman working against the Thieves Guild doesn't like Mercer Frey.

Unfortunately, that's all Gulum-Ei will tell you, so you have to follow him inside the East Empire Company Warehouse next to the Solitude Docks, which is where he goes after finishing the conversation. 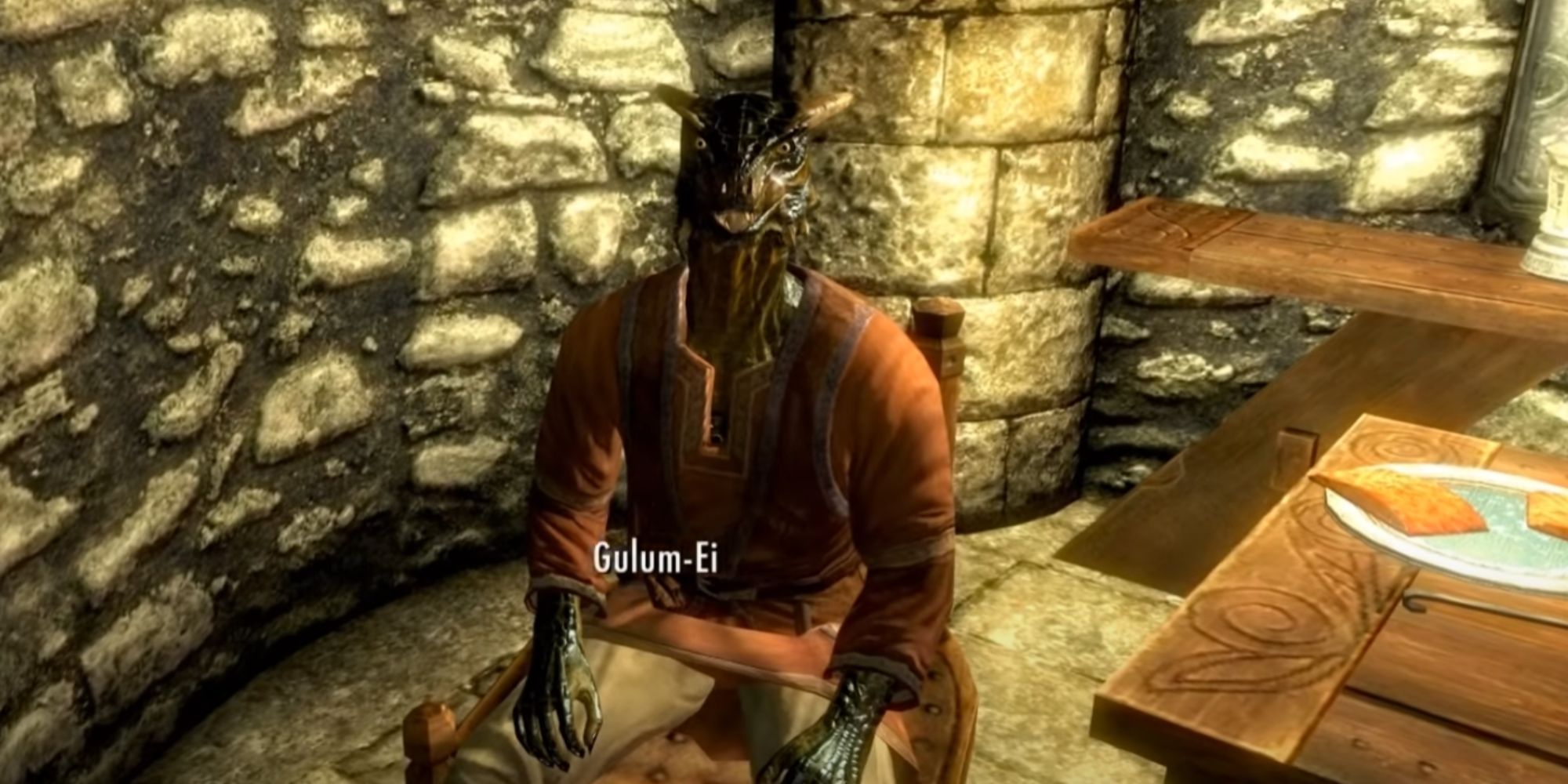 There are guards inside the warehouse that will turn hostile if they see you, which is also true for Gulum-Ei, so you need to follow him using stealth.

If your Sneak skill isn't high enough to avoid detection, then you can use the water in the warehouse to hide from guards while slowly following Gulum-Ei. This is one of the easiest ways to avoid provoking the guards. 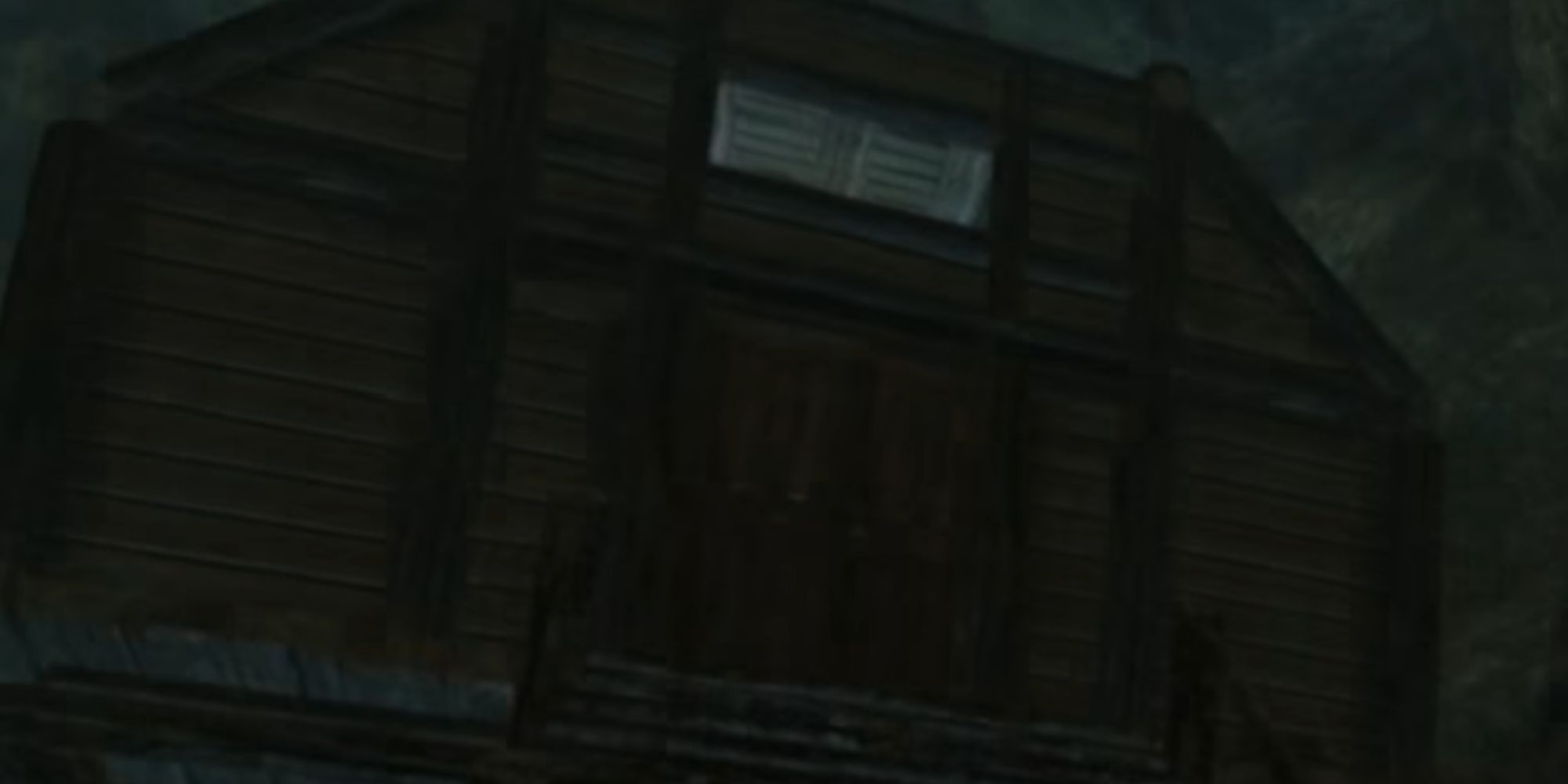 There's a building above the docks that contains the East Empire Shipping Map, which you can sell to Delvin Mallory, in the Ragged Flagon. You need to follow the staircase on the left of the docks up to the building, which you can see in the picture above.

Next, follow Gulum-Ei through a secret door, and you'll enter Brinewater Grotto.

Follow Gulum-Ei through the entrance to Brinewater Grotto, and you'll immediately notice bandits. The bandits are hostile towards you, so you need to sneak past them to avoid confrontation.

There is water inside Brinewater Grotto, but it's difficult to use it for sneaking because a bandit is swimming within it. Use the objects throughout the path as cover.

If you can't avoid drawing attention, then follow Gulum-Ei underwater and try to avoid the bandit by swimming under them. You can kill the bandits without getting a bounty, but it's easier to sneak past them to avoid Gulum-Ei turning hostile. 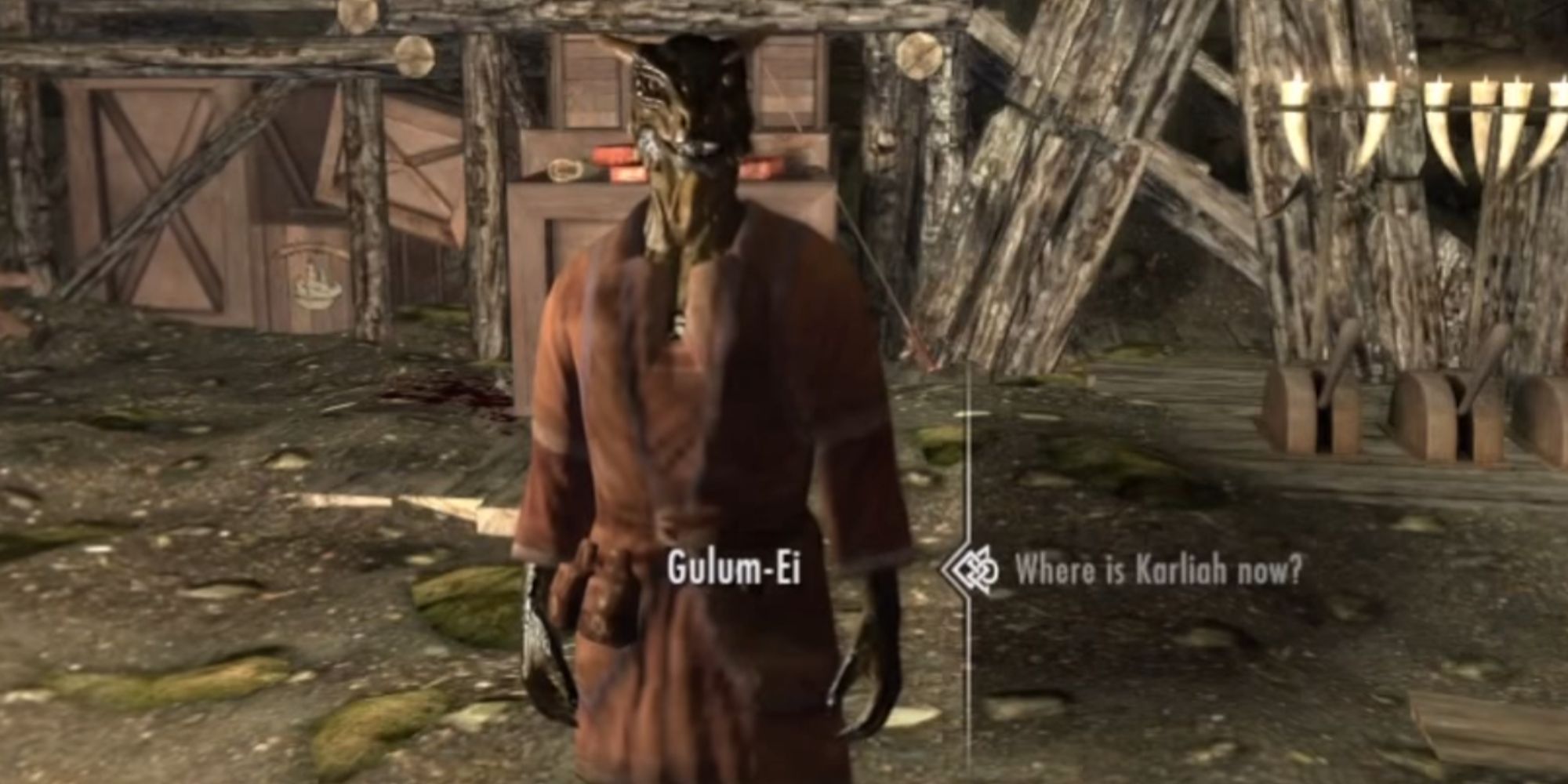 Once Gulum-Ei reaches his final destination, you can speak to him to learn the location of a woman named Karliah, who apparently wants to kill Mercer Frey. After learning the information, don't kill Gulum-Ei; otherwise, you won't earn a reward. Additionally, Gulum-Ei is now available as a merchant that will buy your stolen items. 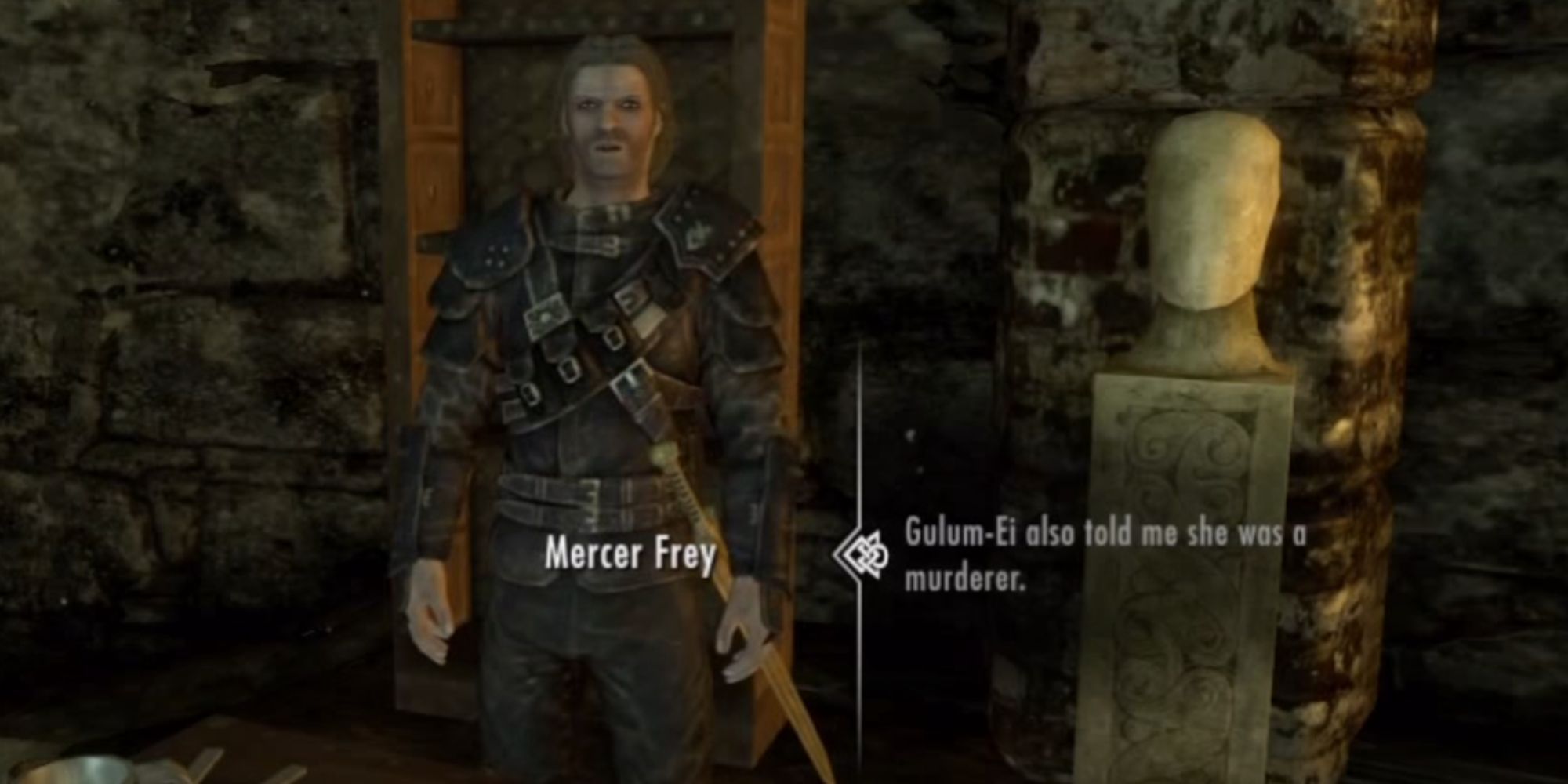 Once you learn where Karliah is going, return to Mercer Frey at the Ragged Flagon, and you'll receive the next mission in the Thieves Guild questline.

Every Reward For Completing The "Scoundrel's Folly" Quest 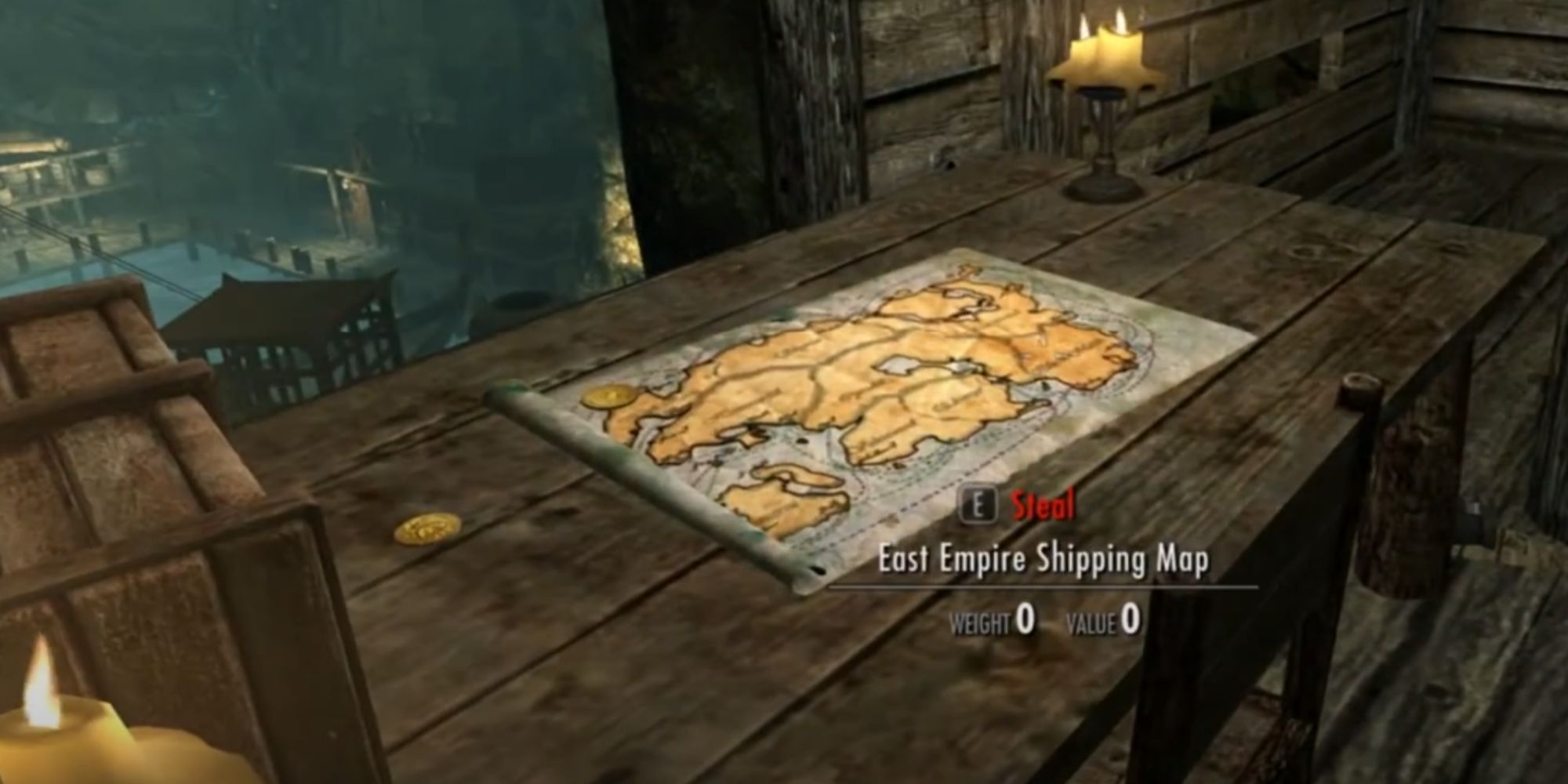 Scoundrel's Folly offers a few rewards. The first reward is an upgrade for one piece of your Thieves Guild Armor set by talking to Tonilia in the Ragged Flagon.

The second reward is the ability to sell stolen items to Gulum-Ei. However, this is only possible if you don't kill him.

Pokémon Center London store is open now (and we’ve been)