There are lots of great stealth games, but Sniper Elite 5 is up there in terms of unique level design and difficulty customization. There are multiple ways to approach any situation, and lots of weapons at your disposal. In total, there are nine main missions, but Festung Guernsey presents a major turning point in the game's plot.

Below you'll find a walkthrough for each objective you can complete in Festung Guernsey, and the easiest way to do so. We'll also point out the optional objectives in this level and show you how to complete them.

How To Start Festung Guernsey 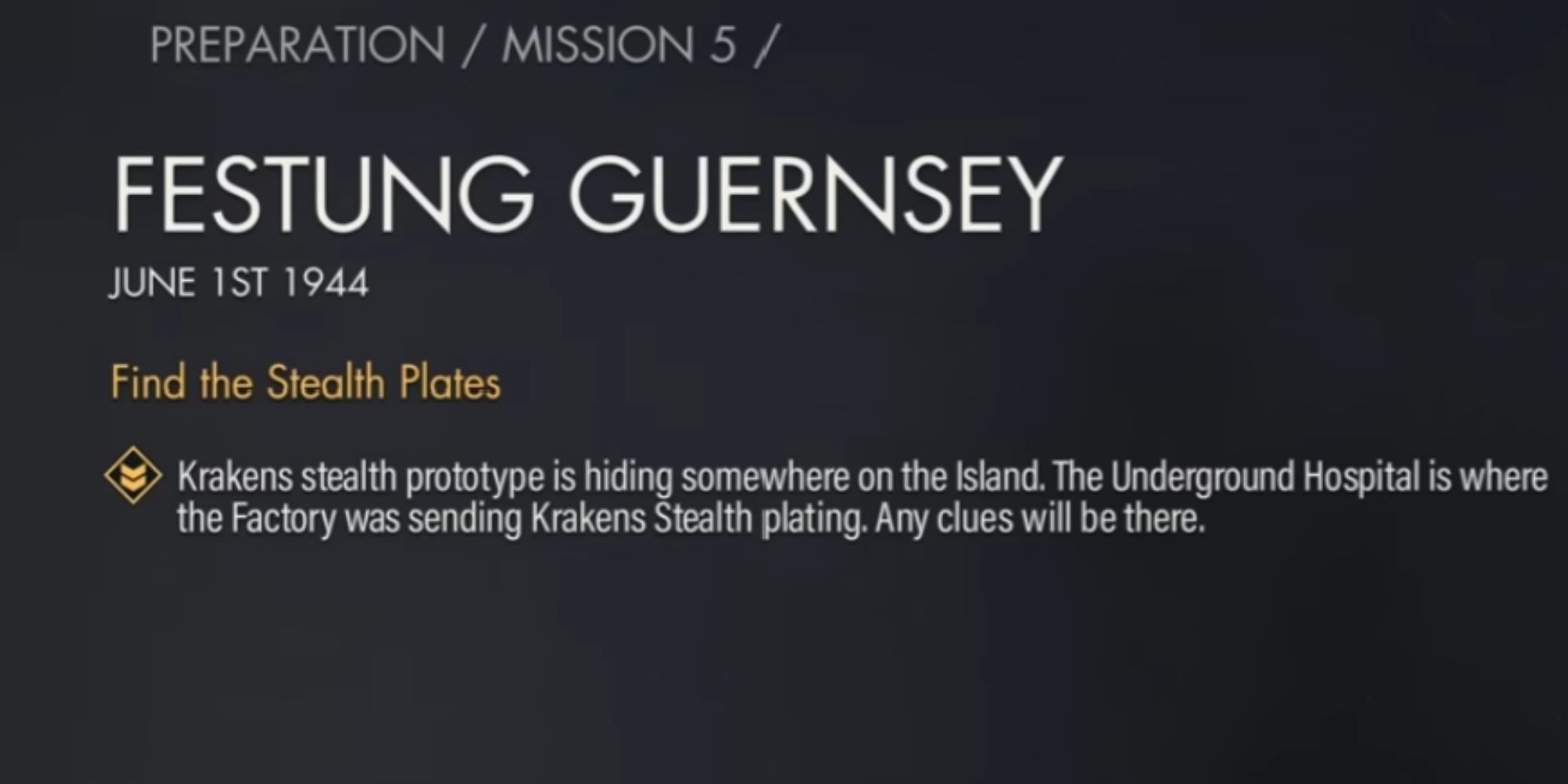 Launch Sniper Elite 5 and select the Campaign option on the main menu. You'll now see a screen where you can select your loadout, customize the mission's difficulty, and tinker with other settings.

Make sure you turn Axis Invasion off to restrict another player from joining your mission as an online enemy. 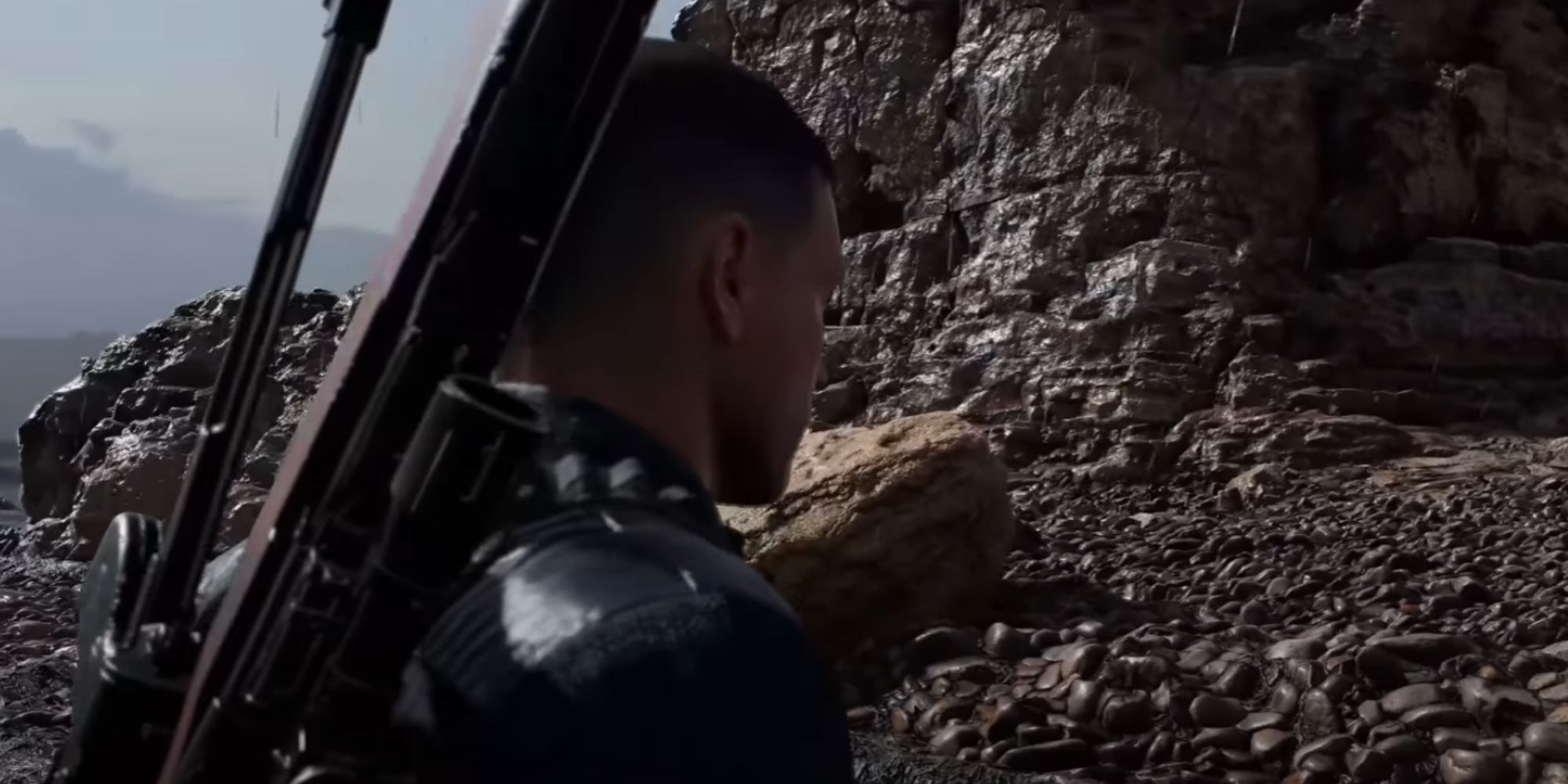 Upon customizing your settings and starting the mission, you'll start off on a beach after a short cutscene.

Start off by heading down the short cave, after which you'll come upon a radio building. Your first optional objective is to destroy this radio building. There's also a small stash of supplies in a makeshift shelter next to the beach. 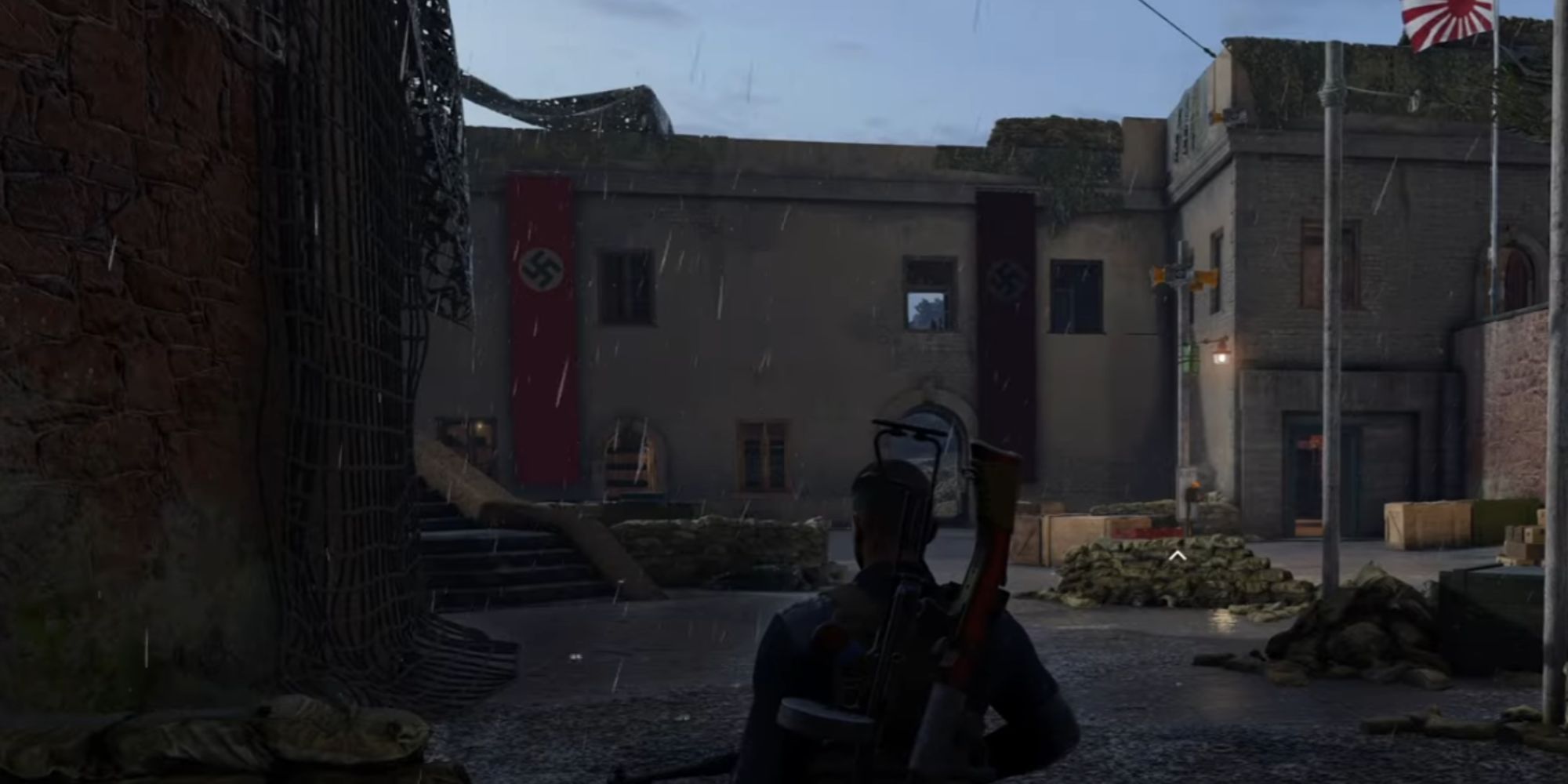 Sneak into the courtyard, where there will be only a few soldiers on guard duty. You can hide behind barricades and other objects to make your way toward the soldiers unnoticed and use stealth melee to kill or incapacitate each of them. 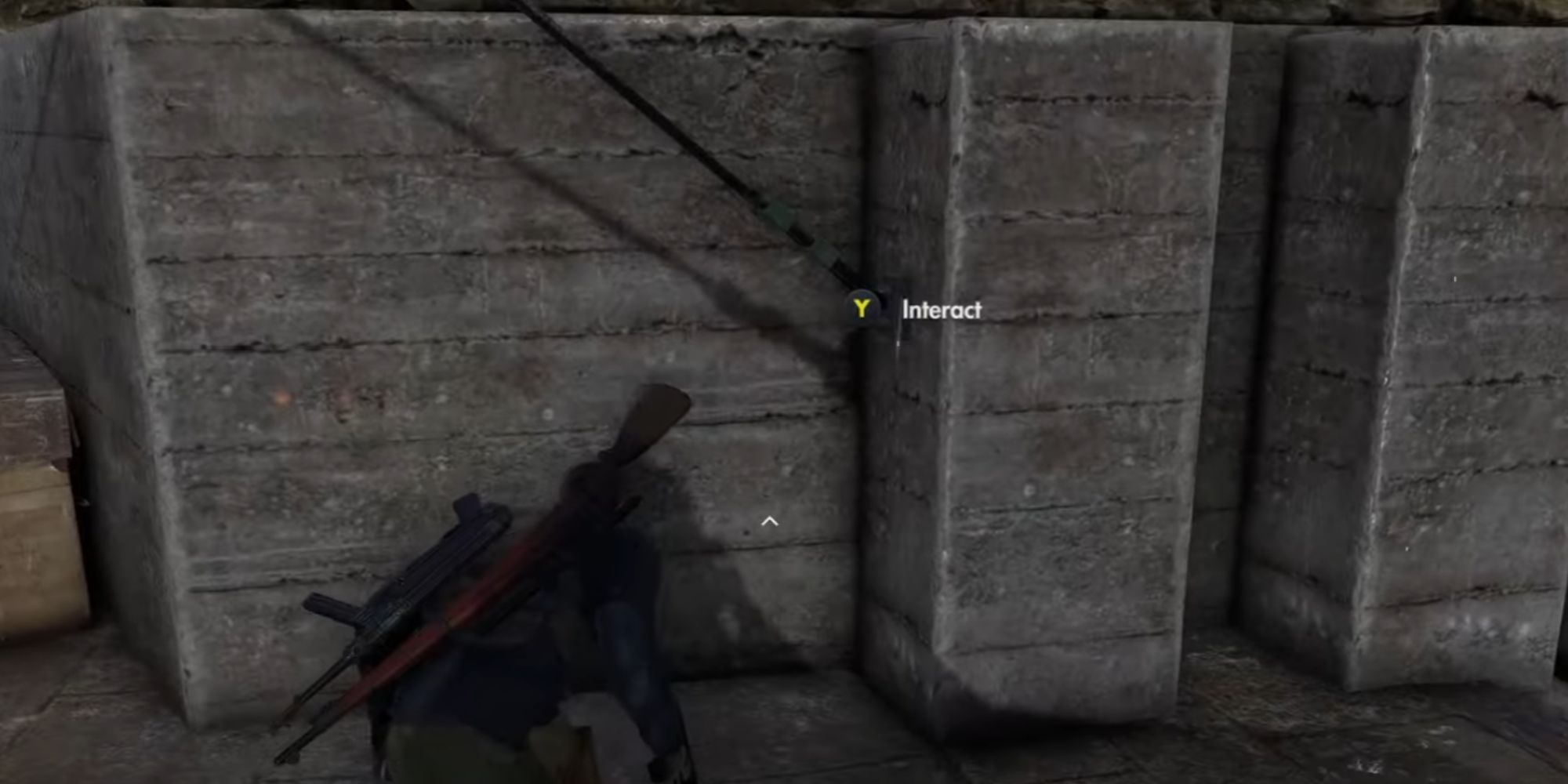 Walk up the staircase on the left side of the courtyard, then head right and pick up the Bolt Cutters.

Turn around and cut the first wire connected to the radio tower. Then, travel back to the staircase but don't go down; instead, walk through the door on the second floor where you can cut the second wire. The radio tower will fall down, and you can move on to the next objective. 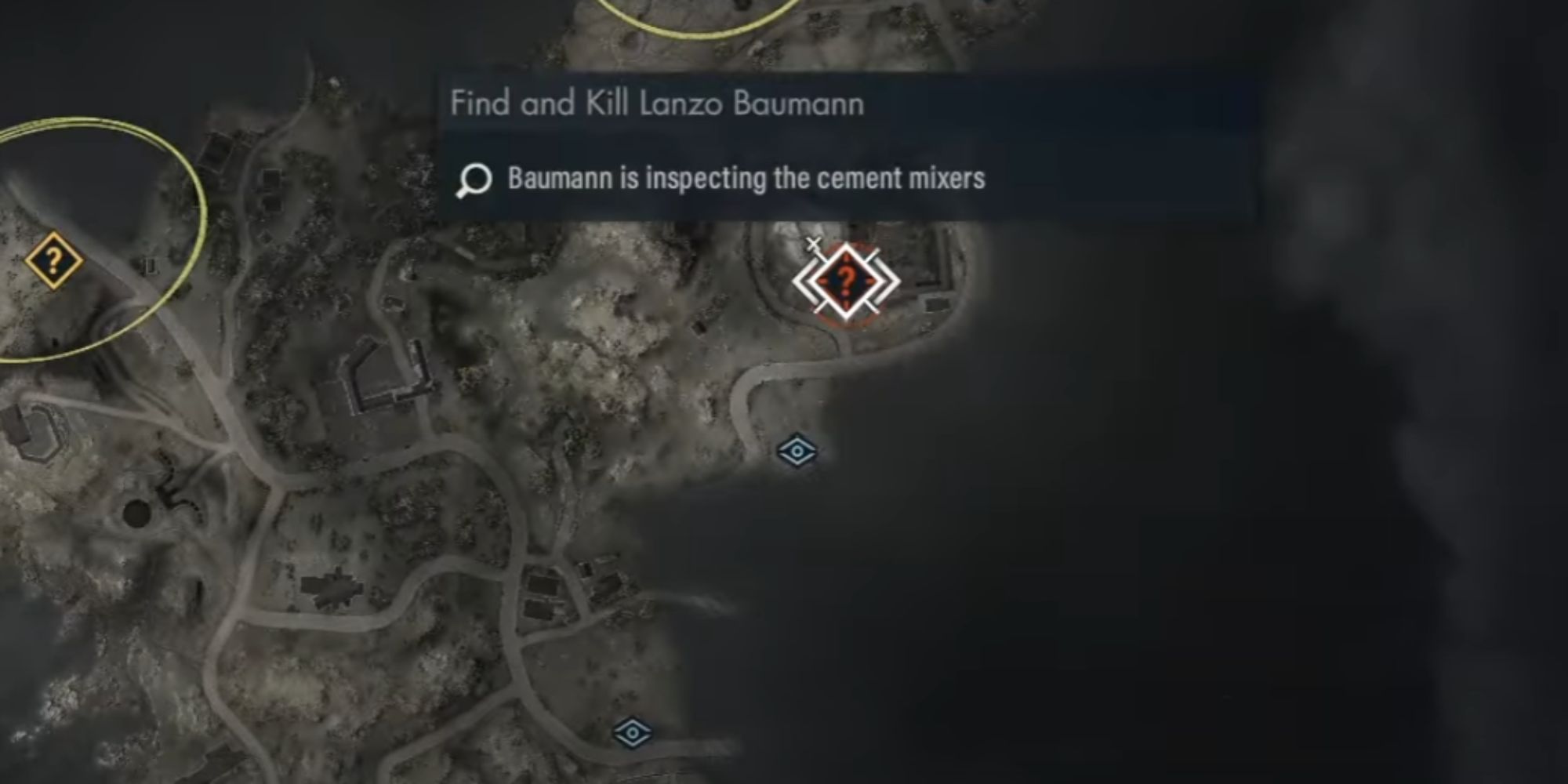 Lanzo Baumann is on your Kill List for the Festung Guernsey mission. Travel to the eastern section of the map, to the location in the image above. Baumann will be inside the building and distracted, so you can sneak up and kill or incapacitate him using a melee stealth attack.

You can also shoot Baumann with a sniper rifle from afar, but that might attract enemies if you don't have a good silencer. 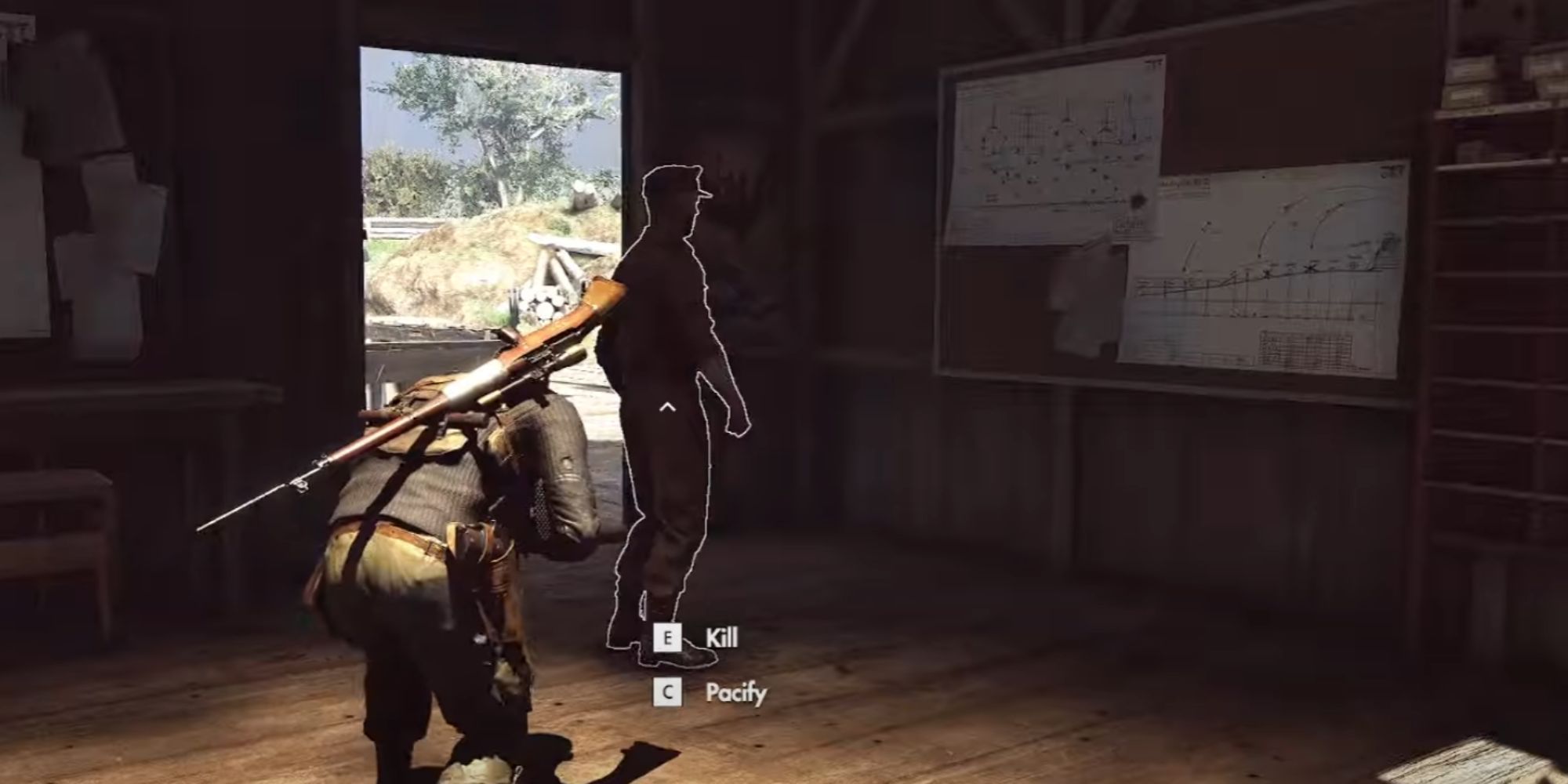 There's a bonus if you bury Baumann in concrete. If you want to do so, you need to sabotage the cement mixer directly outside his office.

Make sure you sabotage the fence on the platform next to it as well. Baumann will come to check on the cement mixer, fix it, and then lean on the fence – only to fall into the cement, to his death. 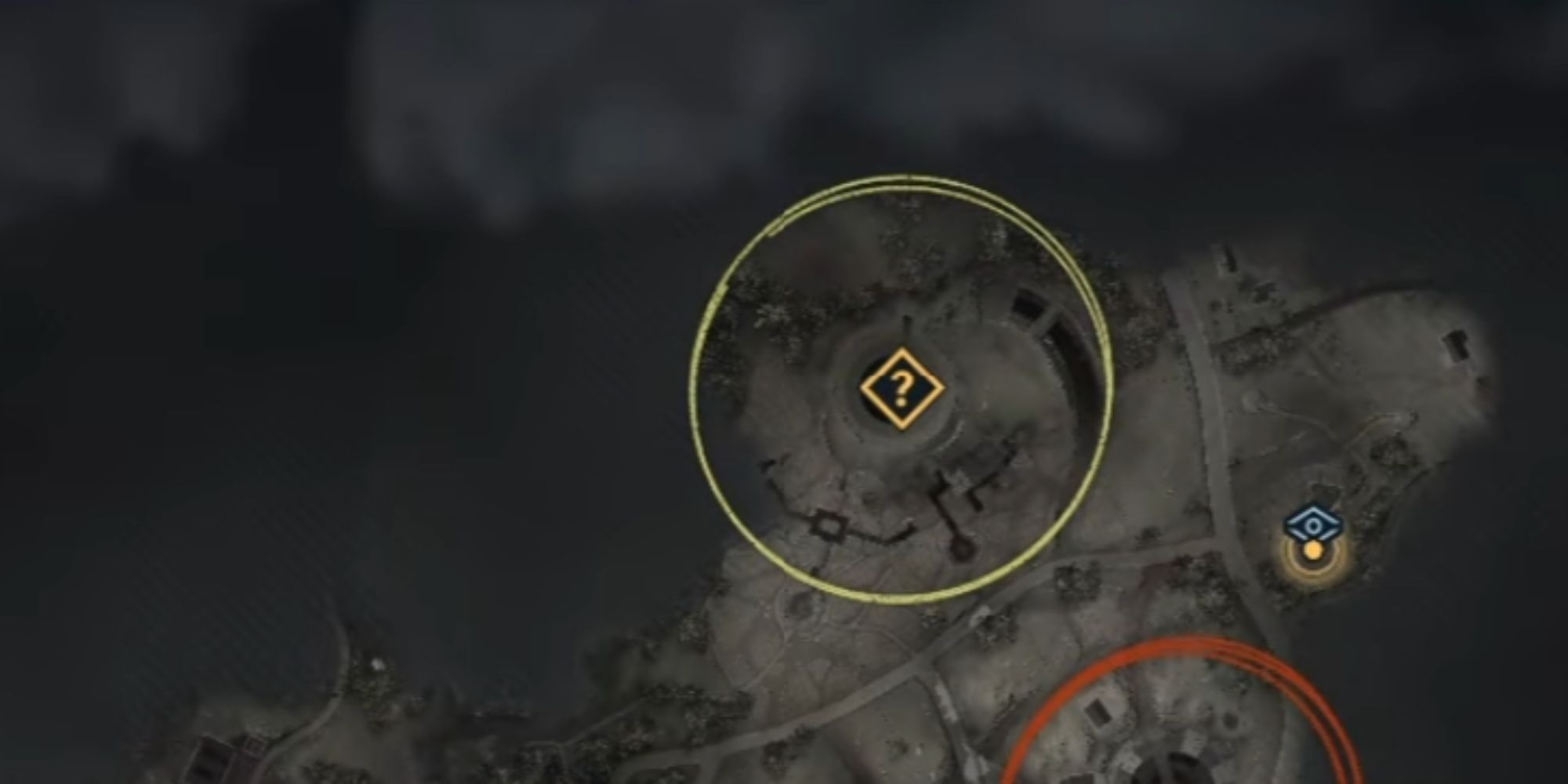 There's a large artillery gun you need to sabotage in northern section of the map. Once you get there, you'll find patches of tall grass around the area, along with a couple of soldiers above the trenches. You can use stealth melee attacks to pick them off quietly. 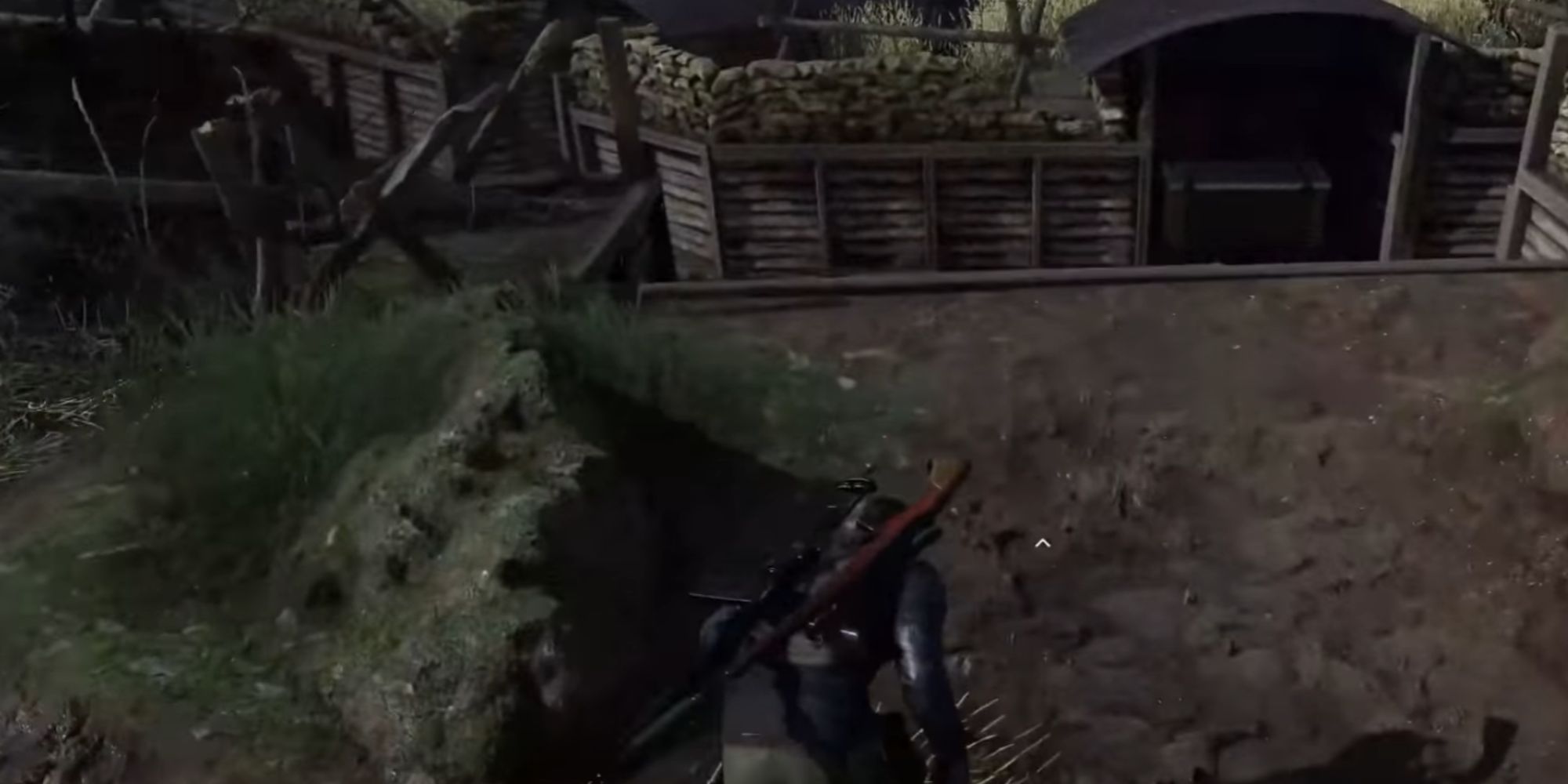 A gap in the barbed wire – somewhere around the middle of the trenches – is where you need to enter from. The trenches will be filled with soldiers either way you go.

You can try to sneak up on them and use stealth attacks, or use your secondary weapon if it has a good silencer. 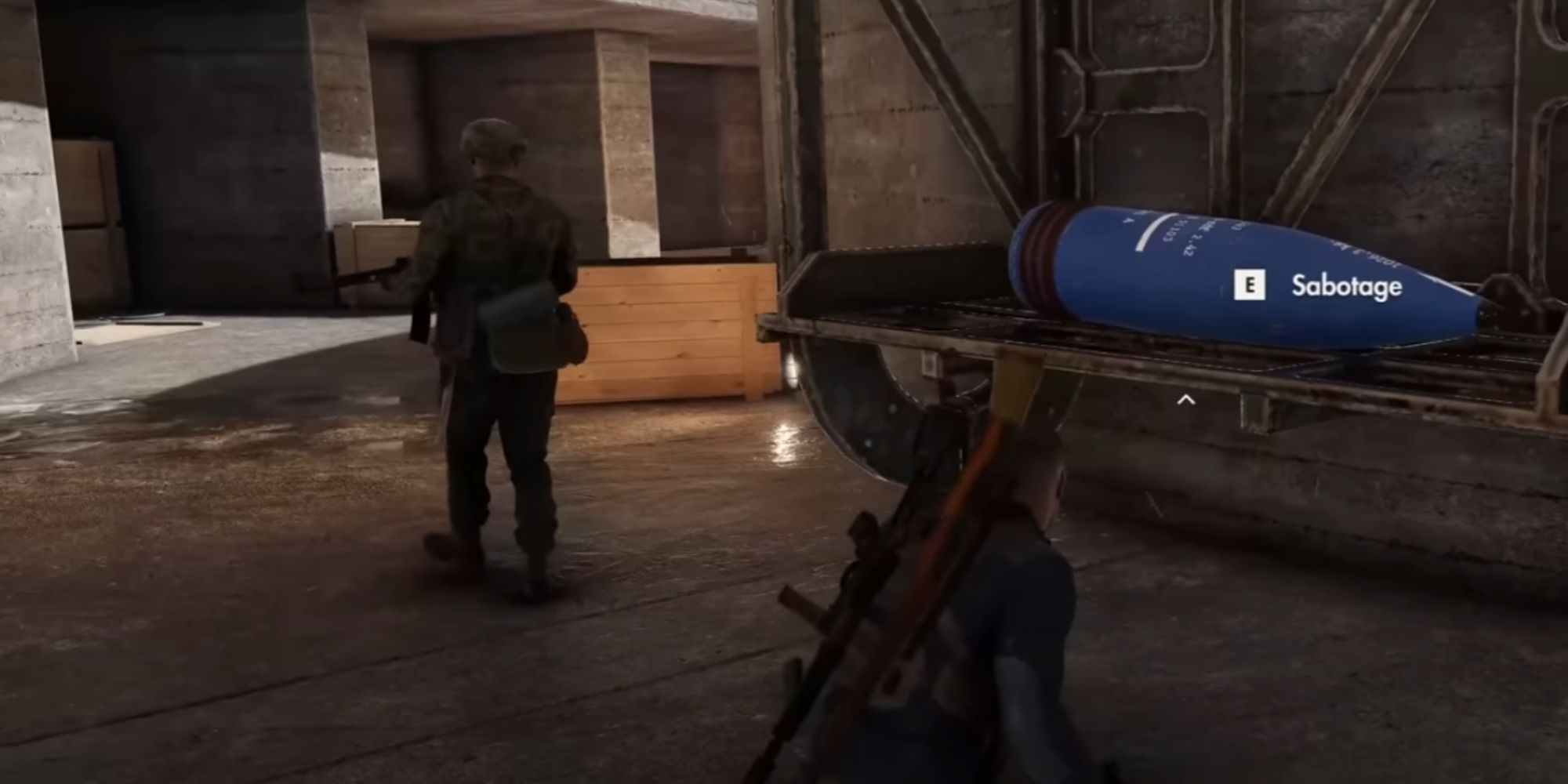 After making your way to the quest marker, you'll come upon the bunker that houses the giant gun that you need to destroy. You can do so by sabotaging the large blue shell that the gun uses. Quietly sabotage the shell and leave the trenches the same way you entered.

You're likely to encounter a few soldiers on your way out of the trenches too, so make sure to prepare for combat by pulling out your secondary weapon.

Now that you have all the optional objectives out of the way, you can focus on finding the Stealth Plates. In order to do this, you need to find intel by investigating the Underground Hospital.

While the hospital is underground, it's not very far below the surface at all. Travel south from the big gun you just destroyed. There are a few entrances to the hospital, although the front entrance is actually quite easy to get through. 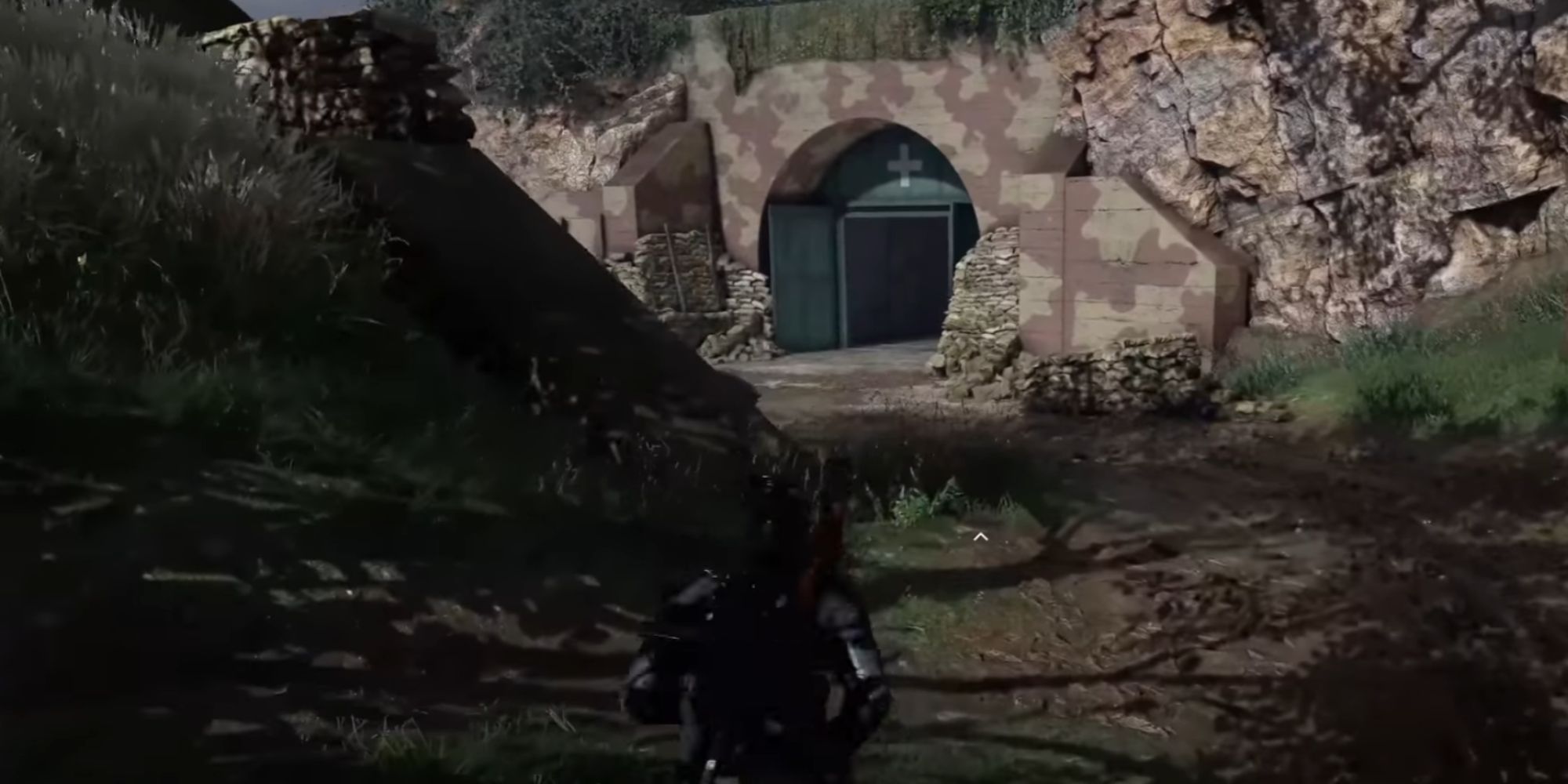 There are many trucks patrolling the roads around this area, so make sure you duck for cover when one approaches. Once you reach the front entrance, you'll see three soldiers guarding the area.

You can use distractions, like a bottle or whistle, to get them to come to you while hiding in the nearby grass. Then, simply use melee stealth attacks to defeat them one by one.

Go through the entrance and walk down the tunnel. You'll come across multiple rooms on either side of the structure.

You don't need to defeat every soldier in the hospital, so try to avoid combat if possible. Many of them are distracted by conversations or some other task, so it's easy to sneak past them if you don't enter their rooms. 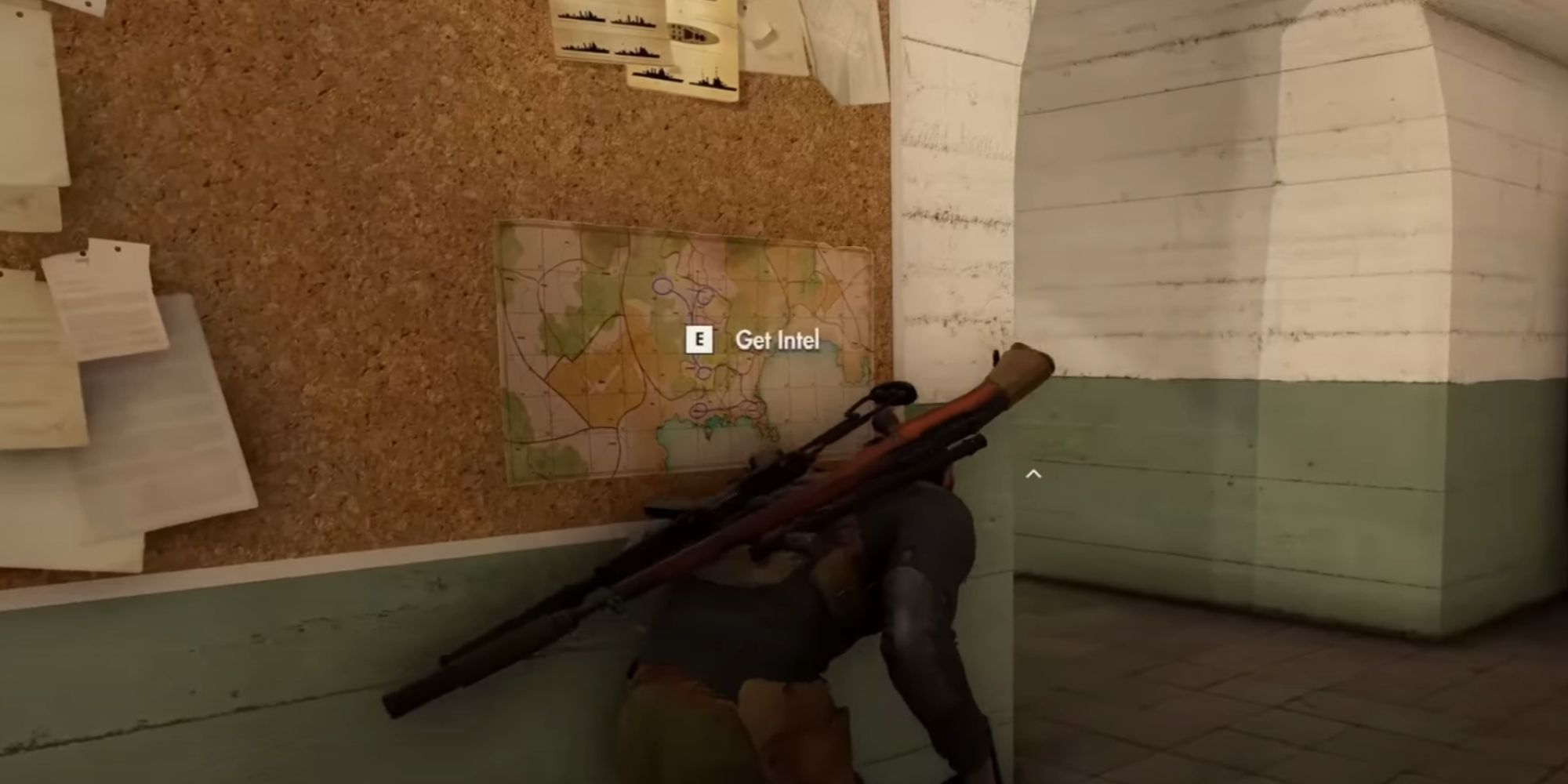 Continue straight down, until the end of the tunnel, then take a right at the furthest corner, and you'll see a small room with a soldier with his back to the door. The soldier doesn't immediately move, so sneak up behind him and kill or incapacitate him.

The Stealth Plates are in this room, but you need to figure out where they're being taken to. 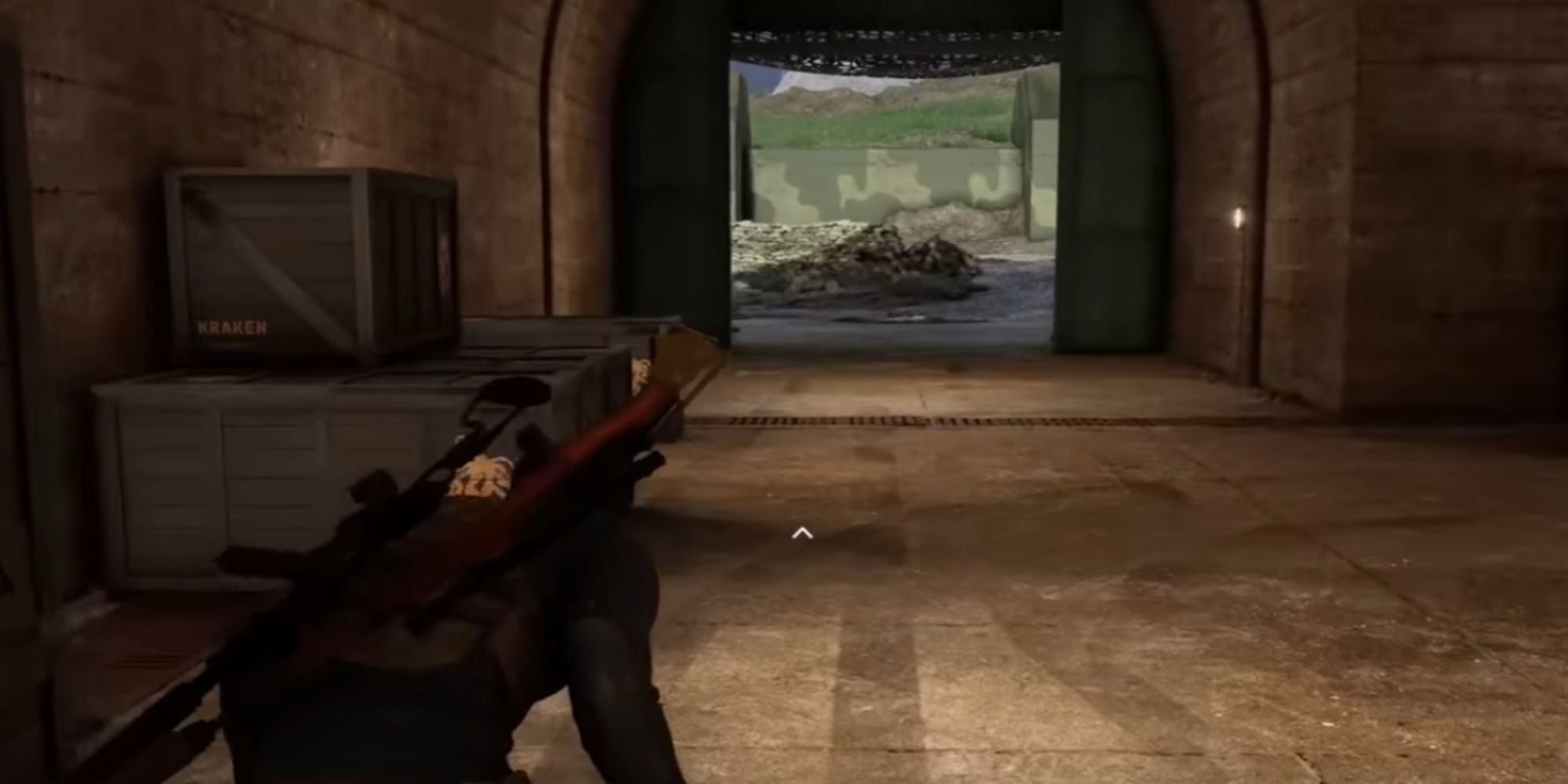 Now you can leave this tiny room and go to the one diagonally left from it, where the officer was. There's a piece of intel called Transport Trouble inside this room, pick it up, and you can now leave the hospital through a nearby entrance to the right of the room you're inside. You now know where to find the hidden facility. 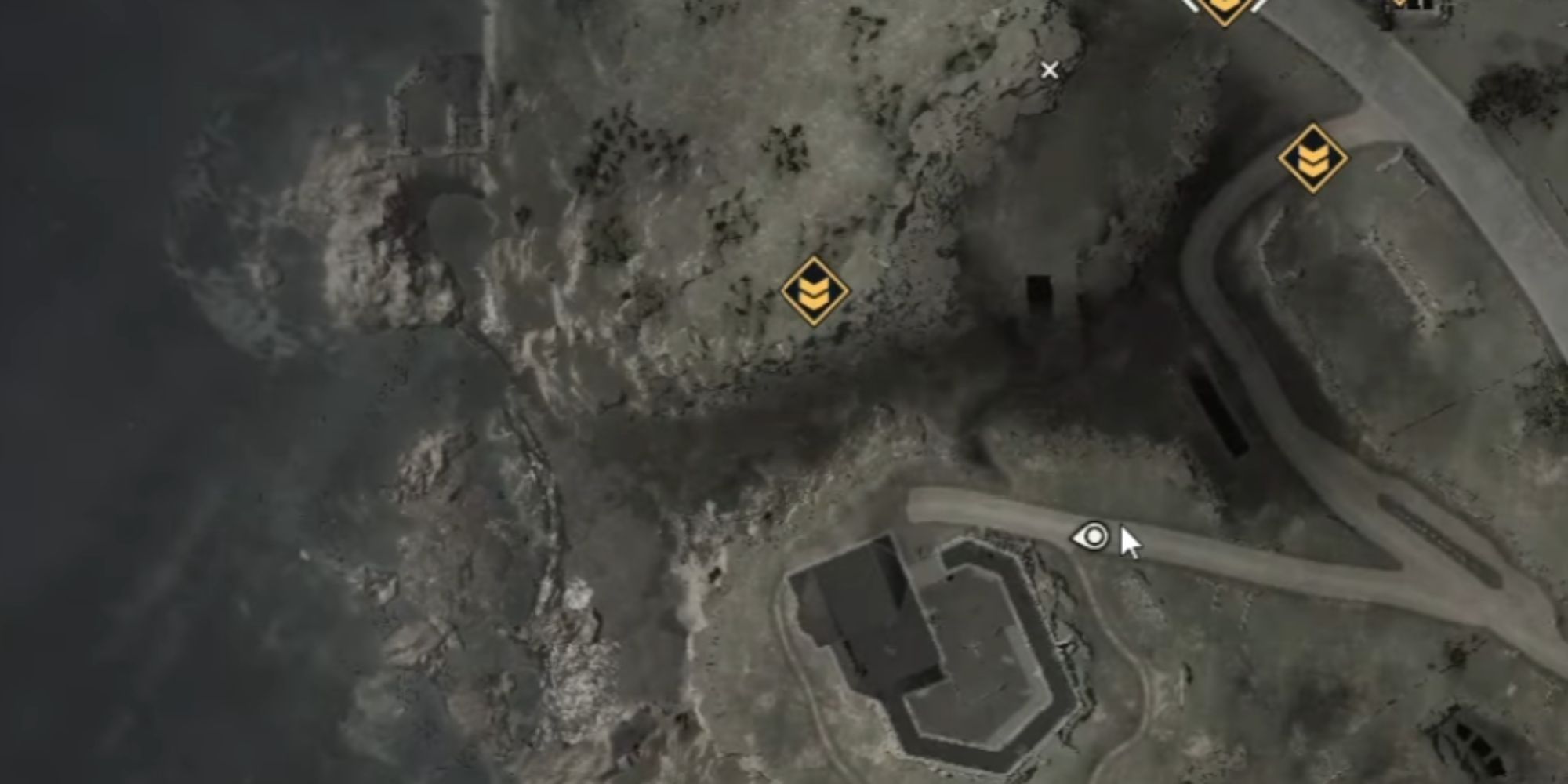 Now that you have intel on the hidden facility, travel west of the hospital to the location above. The entrance to this bunker is heavily fortified with soldiers, a guard tower, and even a tank. You can try to sneak past the guards, but it's difficult as security is too tight. However, there's a second entrance that you can use to enter the facility. 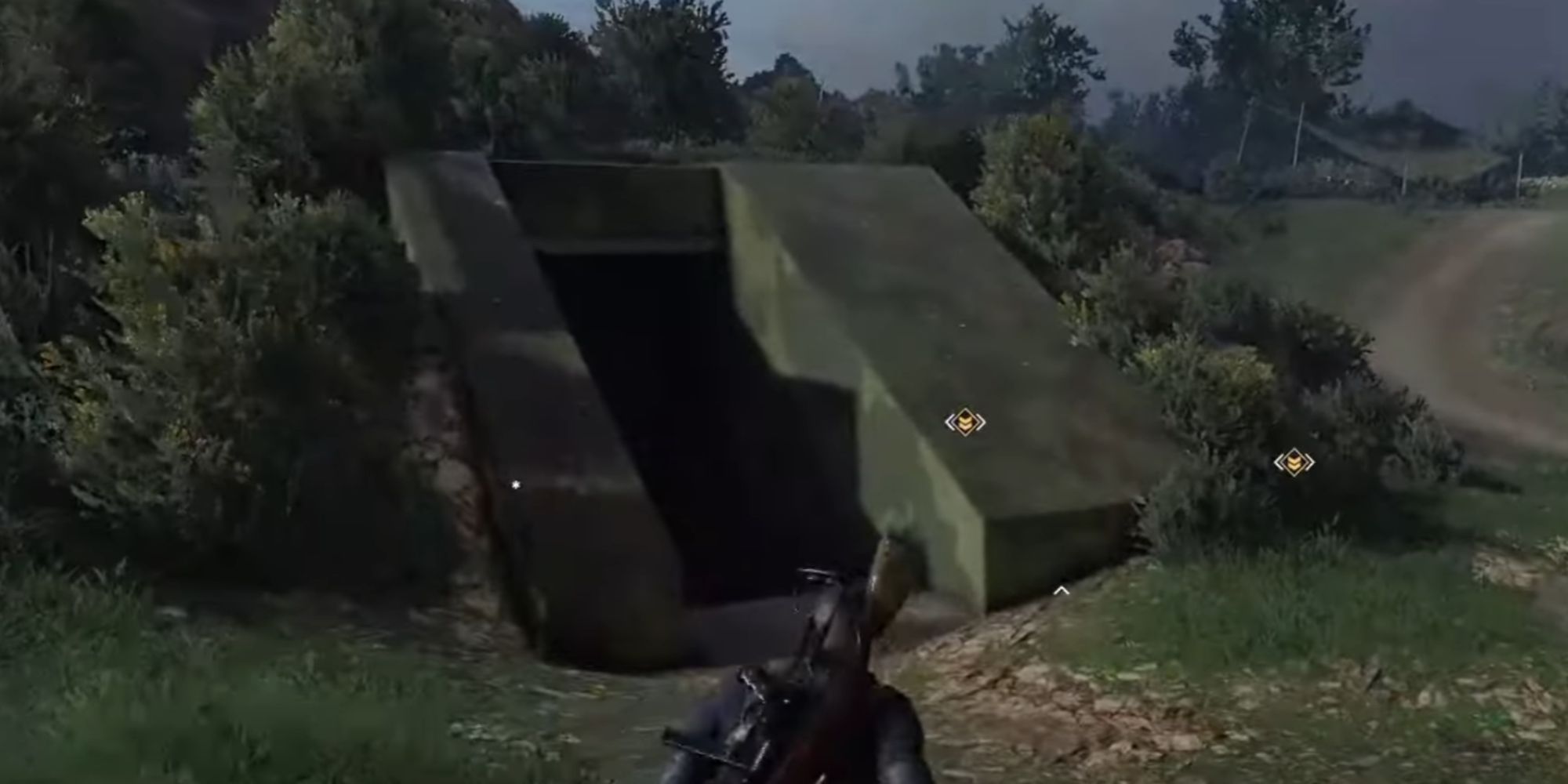 If you travel further west, you'll encounter a set of barbed wire barricades with a wide opening that leads down a path. There's a soldier at the entrance, but there's also grass, so you can take him out via a stealth attack.

Turn left at the bottom of the path, then make another right to find the entrance leading underground. Follow the path, but be wary of the officer in the small room to your left. Also, remember this small room for later.

Climb down the ladder near the entrance, continue walking straight to the interior until you encounter a submarine. This is submarine is what you're here to destroy.

Find A Way To Destroy The Prototype 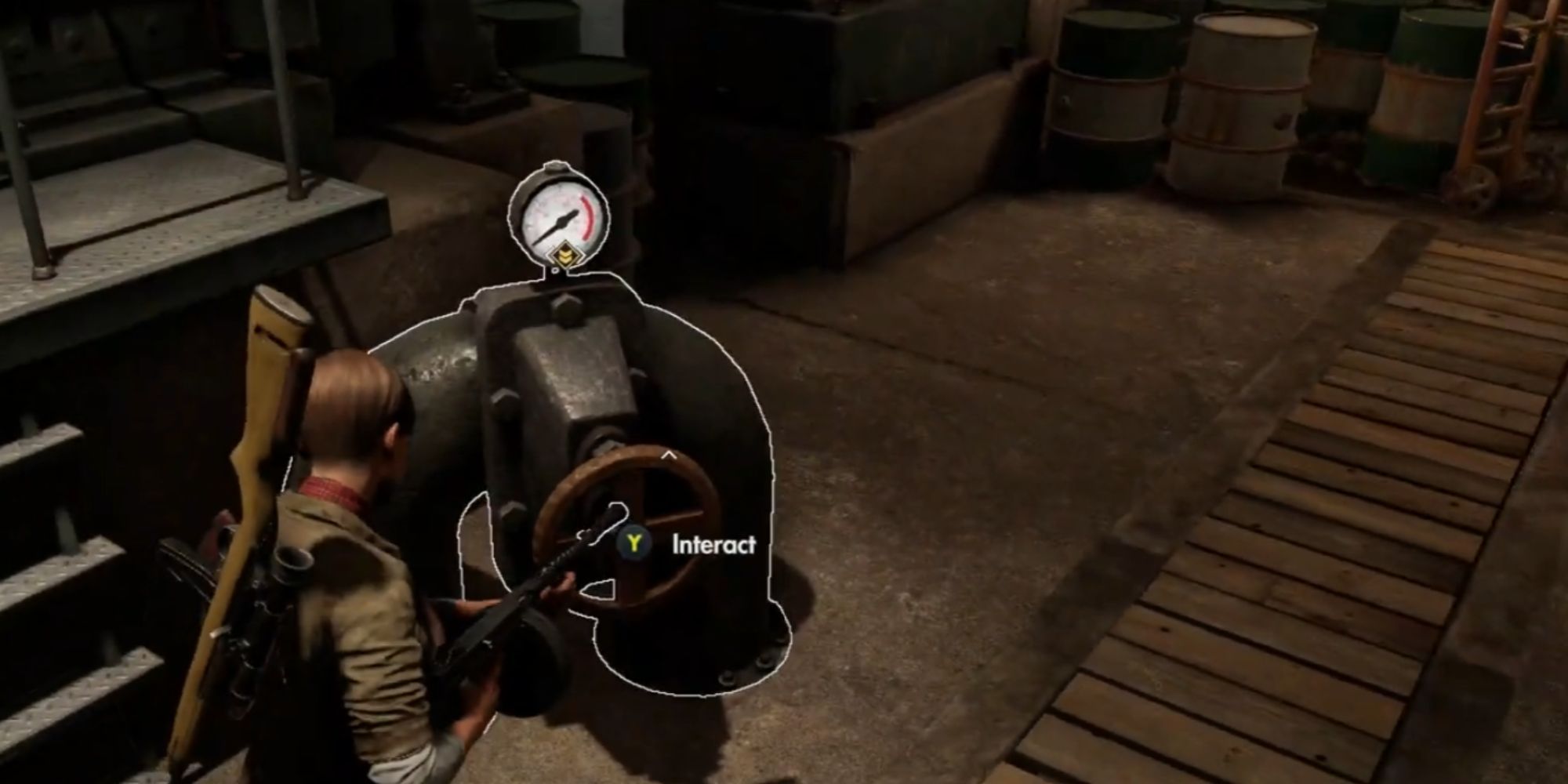 Eventually, you'll come across a staircase on the left of the platform. There are numerous soldiers and scientists within this facility, and they walk around the area, so you need to keep your eyes out for them.

After walking down the stairs, you can head through the doorway at the other end of the room to find a room with pressure valves. There are two pressure valves and a control panel that you need to interact with inside this room to open the vent, so that you can drop an explosive into the facility from above ground. 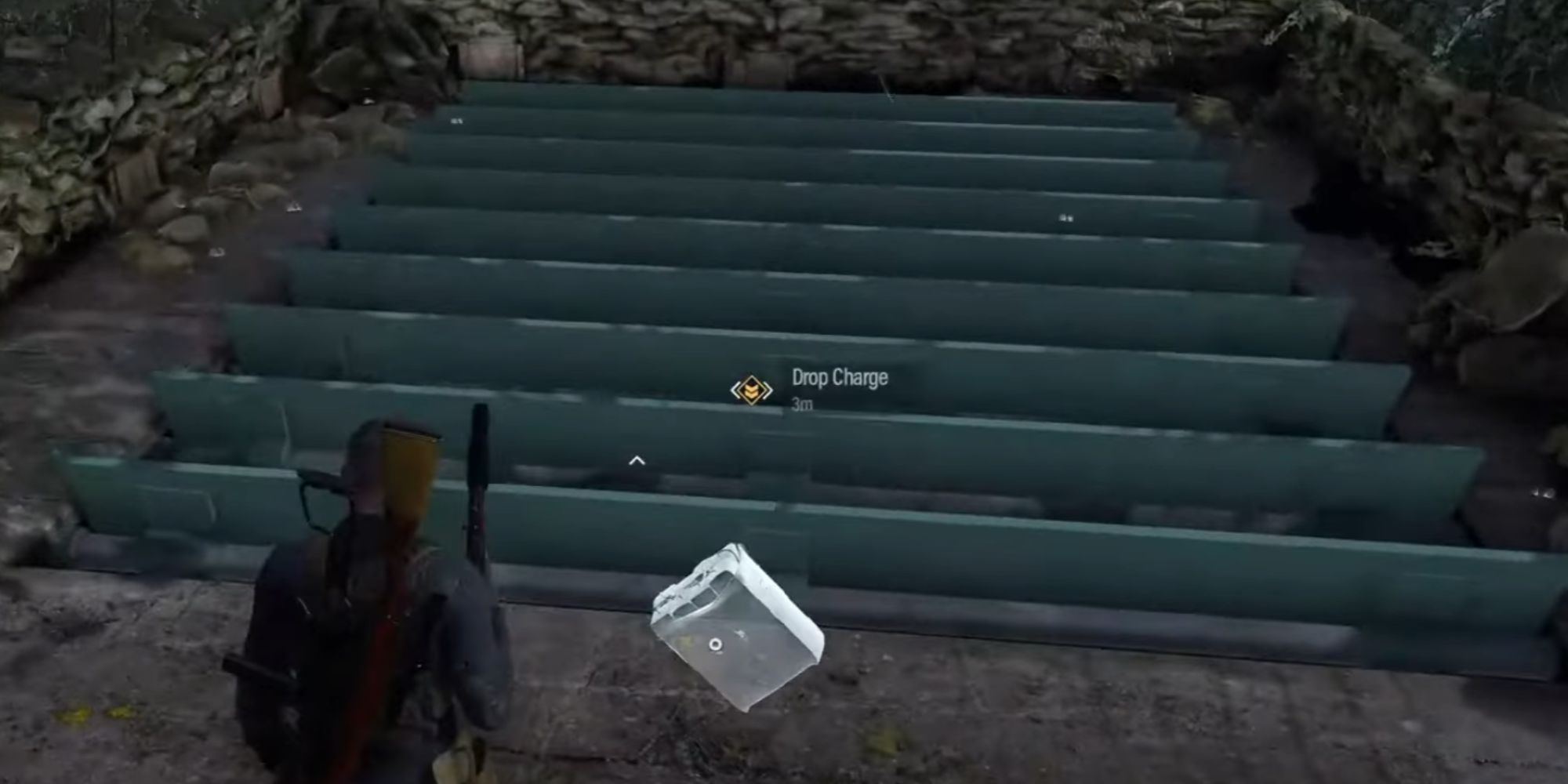 Now grab a Satchel Charge from the crate near the valves, and leave the facility the same way you entered. There's a gate northeast of the bunker entrance that you can use Bolt Cutters to open.

Crouch and crawl through the gate, then turn left and place the Satchel Charge next to the open vent. This will cause an explosion, destroying the prototype weapon.

There are two other ways to complete this objective if you want to try something different.

Option A: Set Up A Chain Reaction 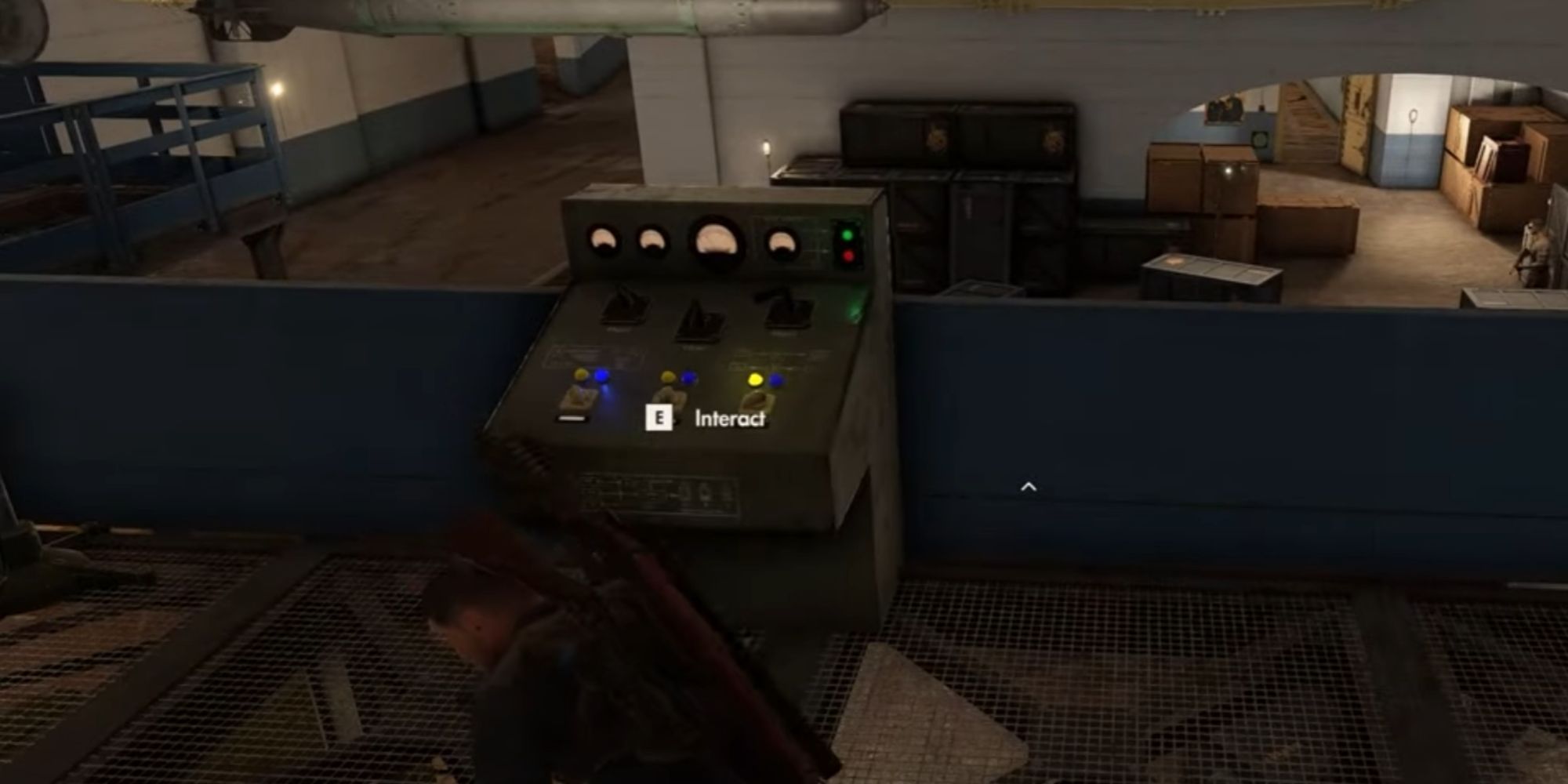 Enter the facility the same way, travel downstairs and head northeast. At the northeastern end of the submarine, there is a control panel that you can interact with. This panel directly controls the fuel to the submarine.

Now walk across the room and climb up the ladder to find another control panel you can interact with. These are the controls of a crane that holds a torpedo – it needs to be positioned directly above the submarine.

You need to get to a safe distance and then shoot the hook of the crane to drop the live torpedo on the prototype sub. The tunnel that opens up into the sea is a good spot for this, as you'll have a clear line of sight to the torpedo as well. Shoot the hook from there and watch the fireworks.

Option B: Radio In The Scuttle Code 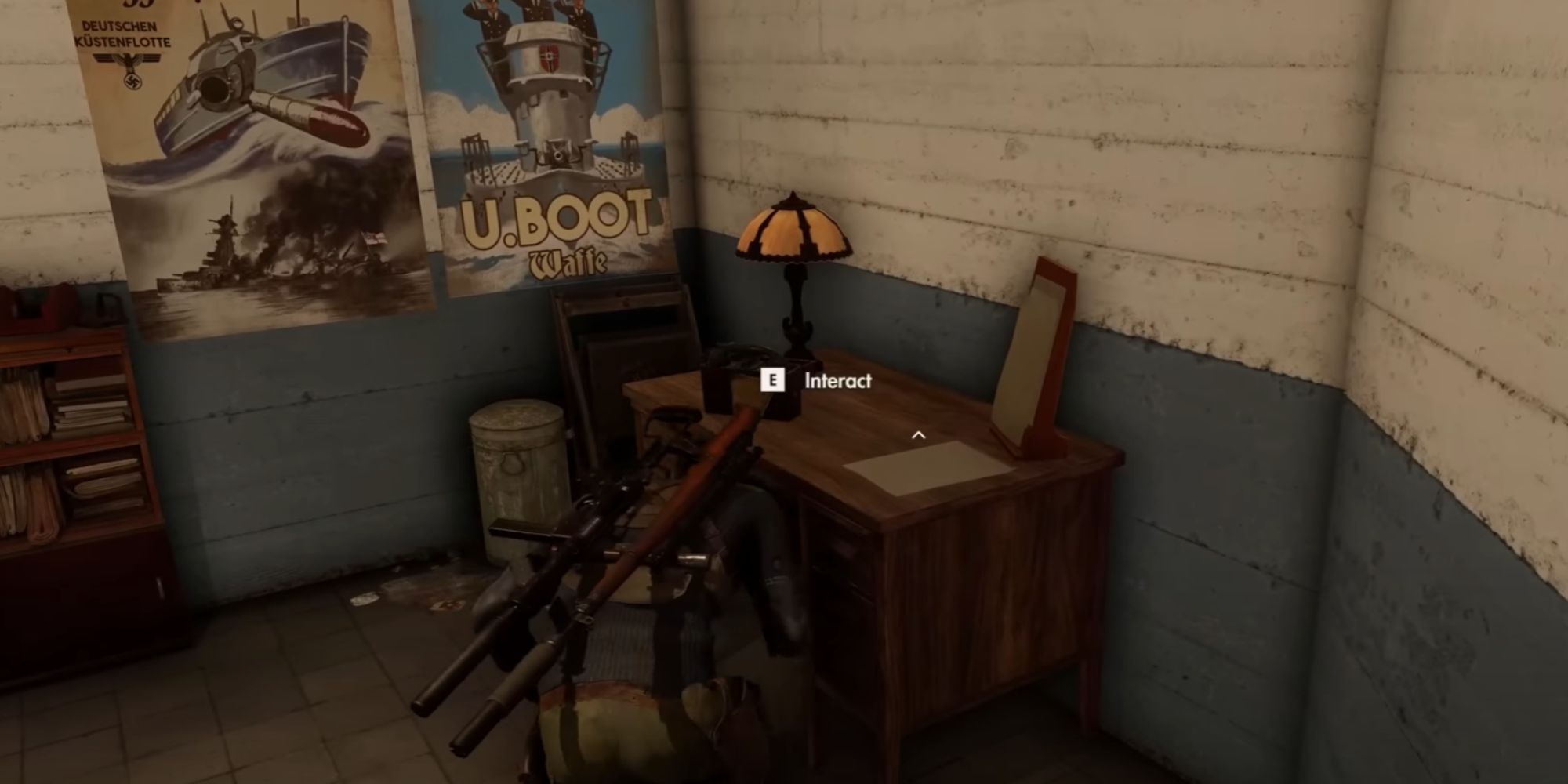 When you first enter the facility through the secret entrance, you'll see a conference room to your left. Neutralize the guards and take the Fischer Safe Combination off of their bodies. Now exit the conference room, take a right, and head to the safe at the other end of the hall. The safe contains the Submarine Scuttle Code and some other intel.

Now, head back the way you originally came in, to the small room with the officer which we asked you to keep in mind. Interact with the phone, and the Nazis will destroy their own prototype weapon. 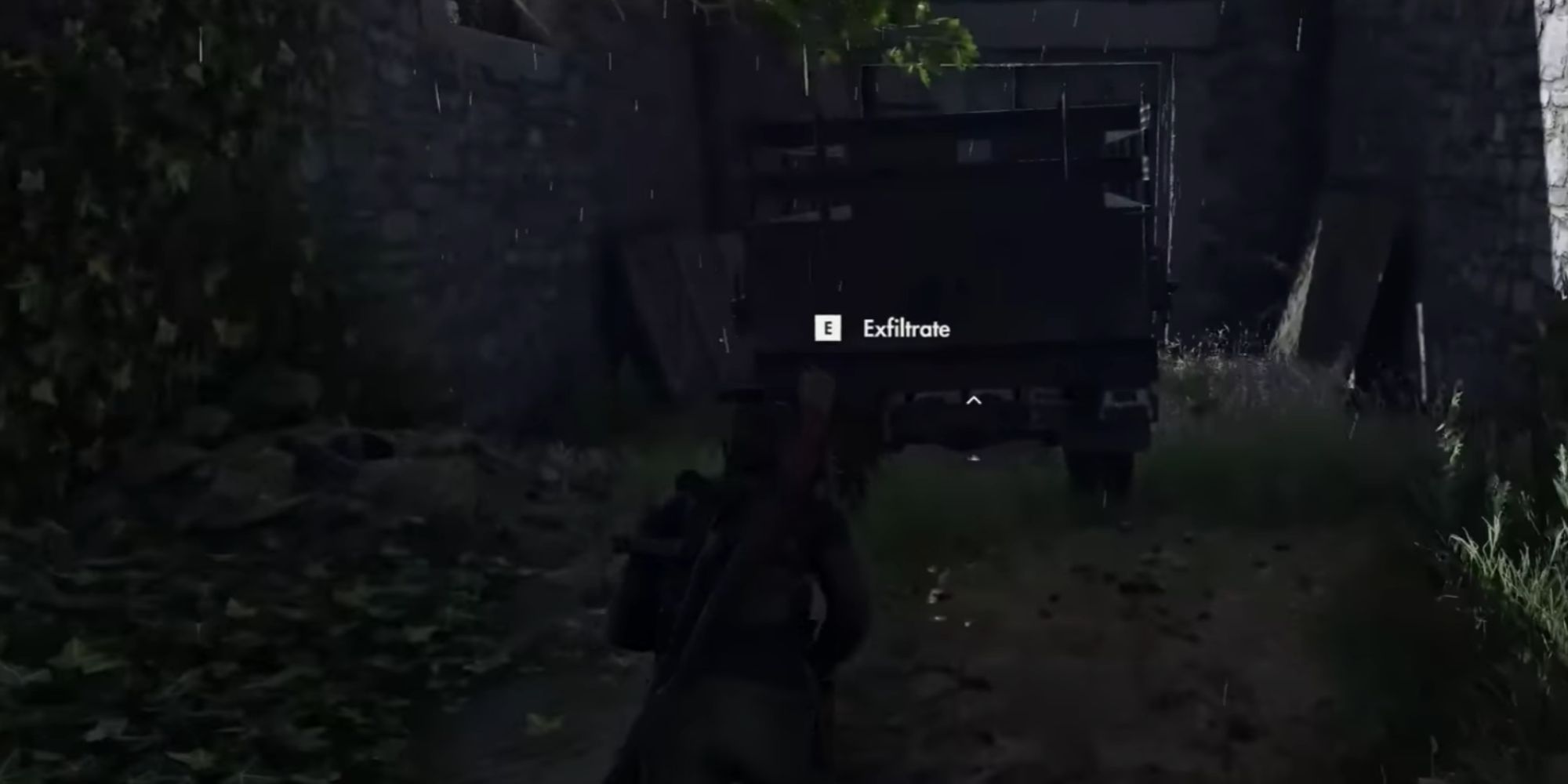 After you've finished every objective, it's time to exfiltrate. Follow the dirt path to your Exfiltrate quest marker. There's no real strategy here, just run to the marker and interact with it to end the mission.