In Somerville, the first game from Jumpship, you play as a man attempting to find his wife and infant child in the aftermath of an alien attack. As the unnamed protagonist, you have the ability to walk, run, push and pull stuff, and (after the invasion imbues you with strange powers) create an electric pulse which can be used to boost electrical currents.

But, before you play as the man, you take control of his infant child. You toddle around the house, getting the basics of the controls by completing a few unavoidable tasks. You get the hang of the camera's fixed perspective. You pick up a lamp. You open a pair of drawers, then use them as a set of stairs to reach a window.

The baby section is short, but by playing as a character who is naturally limited, you can learn the basics of the controls without the dissonance that can sometimes result from playing a character who, for some reason, just doesn't feel like using all their abilities at the beginning of the game. 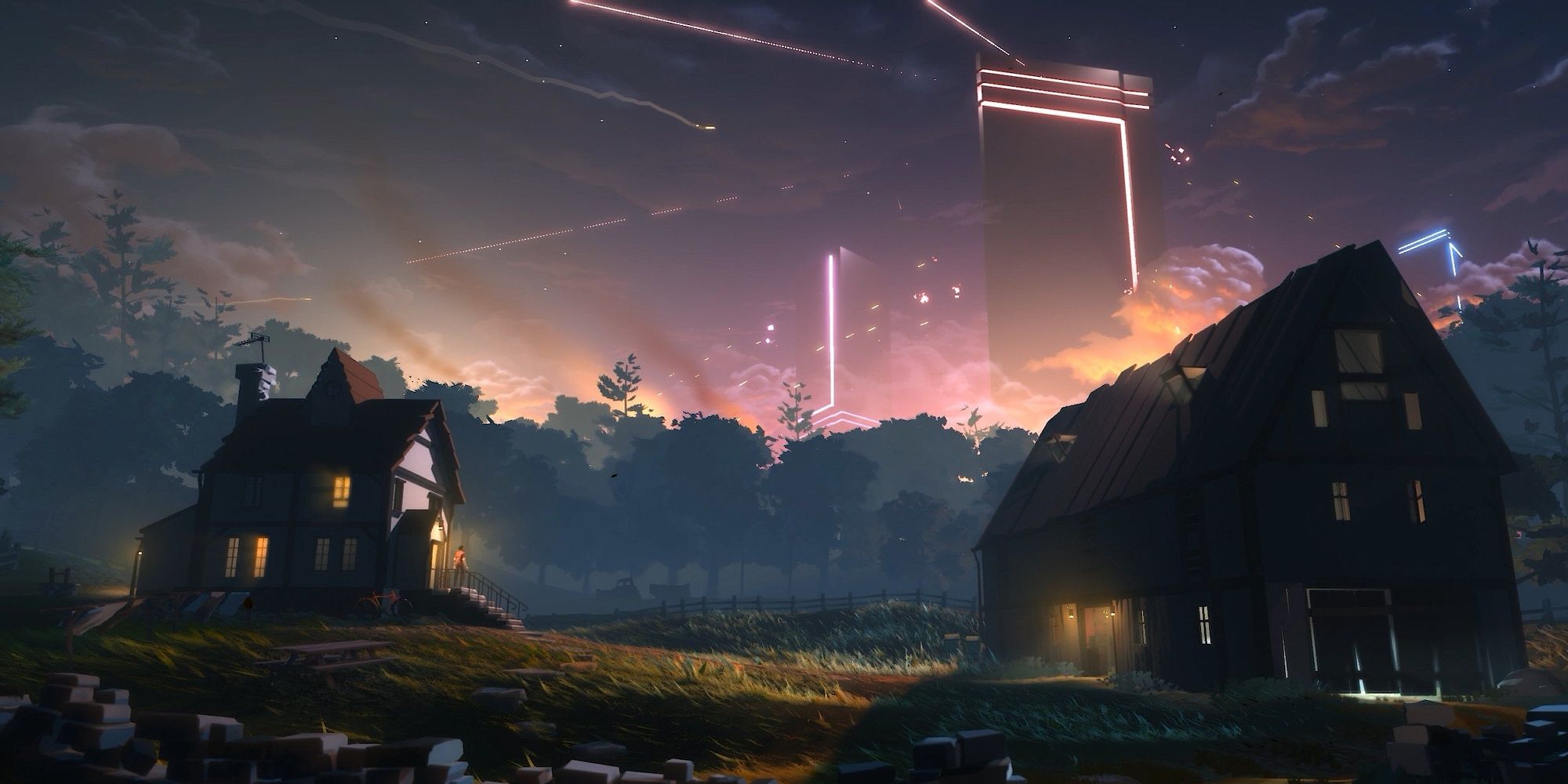 Back in 2009, Assassin's Creed 2 did something similar. The first time that you control Ezio Auditore in Ubisoft's open-world game, the assassin is a newborn. After his birth, the midwife hands baby Ezio to his father and the player is instructed to press the face buttons, one at a time, to move his head, arms, and legs. The next time we see Ezio, he's a teen and putting those skills into practice in a fight against a rival gang. Helpfully, the face button layout is displayed in the top right corner, with each of the four actions corresponding to a body part. You can taunt (the head), punch and grab (the arms), and strafe (the legs). Though the context is different, you're still doing the same basic things you learned as a baby.

Fallout 3, a year earlier, began with a similar introduction, putting us in the protagonist's shoes before they have shoes: at the moment of their birth. As a newborn in Vault 101, you choose your gender, your appearance as an adult (through a fun in-universe bit of tech called "gene projection"), and your name. The game then skips forward a year and you're a toddler, learning to use the left and right sticks to walk and look around. In this early section, your goals (like in Somerville) are very simple. You need to open the gate to your playpen and pick up a picture book called "You're SPECIAL!" The book tutorializes you on what each of your stats do — with rhymes like, "I is for Intelligence, it means I'm really smart! I use my brain for lots of stuff, like science, math and art!" — and is also where you assign points. After this, the game skips forward to your tenth birthday, when the overseer presents you with your Pip-Boy and you get more freedom to explore the vault and complete the early missions.

The Fallout 3 intro is one of the best openings of all time, a masterpiece of hidden tutorialization perfectly presented as world-building. What exactly each stat does is often one of the hardest things to get to grips with when you start a new RPG. Fallout 3 gets around this by presenting it in the simplest terms possible — terms a toddler can understand — but contextualizes it so well that it doesn't insult your intelligence.

That's what's great about this kind of tutorial. Whenever we start a new game, we are functionally infants in its world. We may be familiar with lots of other games like it, but we still need to learn the basics of that specific game. By making the character a baby, it makes it okay for the player to be one, too.