The Rana frog-people are the underdogs in Songs Of Conquest. They've suffered at the hands of humans for generations, and the appearance of Wielders among their people has given them the power to fight back at last. A culture of hunters and beast-tamers, the Rana excel at lightning-fast attacks and forcing the enemy into unfavorable conditions.

Most Rana units can't take a hit, so winning with these froggy fighters means using Creation spells to slow the enemy's advance before unleashing the fury of the Marsh on them in an overwhelming assault. Play aggressively, and there will be few armies that can stand in your way.

Songs Of Conquest is in early access at the time of this writing. The contents of this guide may change alongside the game's development process. 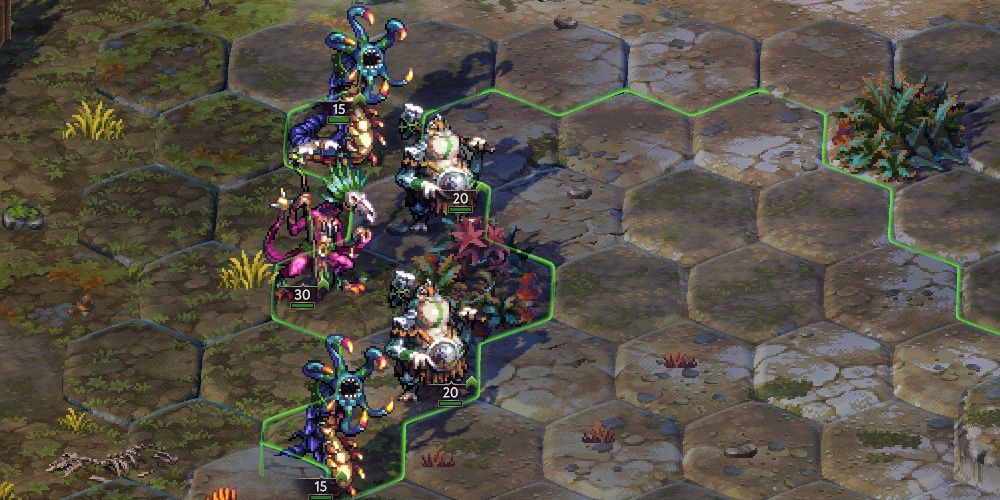 The Rana deploy a mix of anthropomorphic frogs and lizards in battle alongside vicious swamp predators trained for combat. While their ranged capabilities are limited, as a whole the faction is capable of dealing considerable damage in melee, provided they make the first strike.

In the late game, as long as their economy can support such an investment, the Rana are capable of deploying Dragons, the game's most powerful unit. 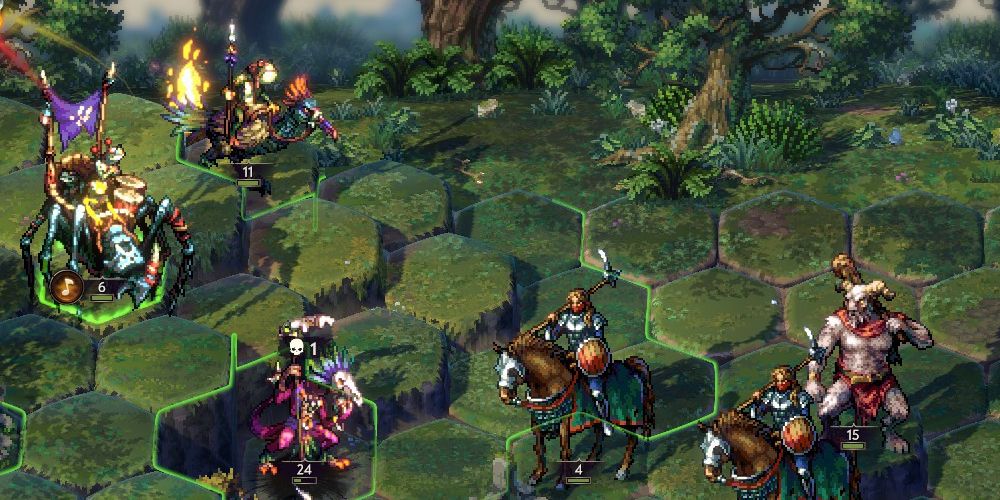 Depending on your starting Wielder, your starting army with the Rana will eventually be built around either Ravagers or Crawlers. These mid-tier units will be your primary damage dealers, and once you've unlocked them you'll want to upgrade them as soon as possible for the Wait ability. In the meantime, build up large forces of Hunter and Shamans to fight enemies near your city and level up your Wielder.

Ravagers are generally the more economical option over Crawlers as they have fewer requirements to unlock. Go with Crawlers if you're planning a ranged-heavy army with lots of Shamans and Ethdra, who will need Guards to protect them. Otherwise, build a Beast Corral and start training Ravagers.

When battle is joined, wait in your deployment zone and let the enemy come to you. Once they're within charge range, rush their front line with everything you have. Unlocking the Wait ability on your Riders and Adult Crawlers lets them charge at the end of a round, then attack again almost immediately at the start of the next round, potentially eliminating two enemy units right away.

If your opponent is using a ranged-heavy army (which is likely if you're facing Arleon or Barya), advance just to the edge of their range on the first round. An AI opponent will likely move closer to take their shots, suffering a damage debuff for moving and leaving their troops vulnerable to next turn's charge. If you overextend yourself and a unit is in trouble, a defensive spell such as Mist or Ethereal Scales can keep them alive until you extract them. 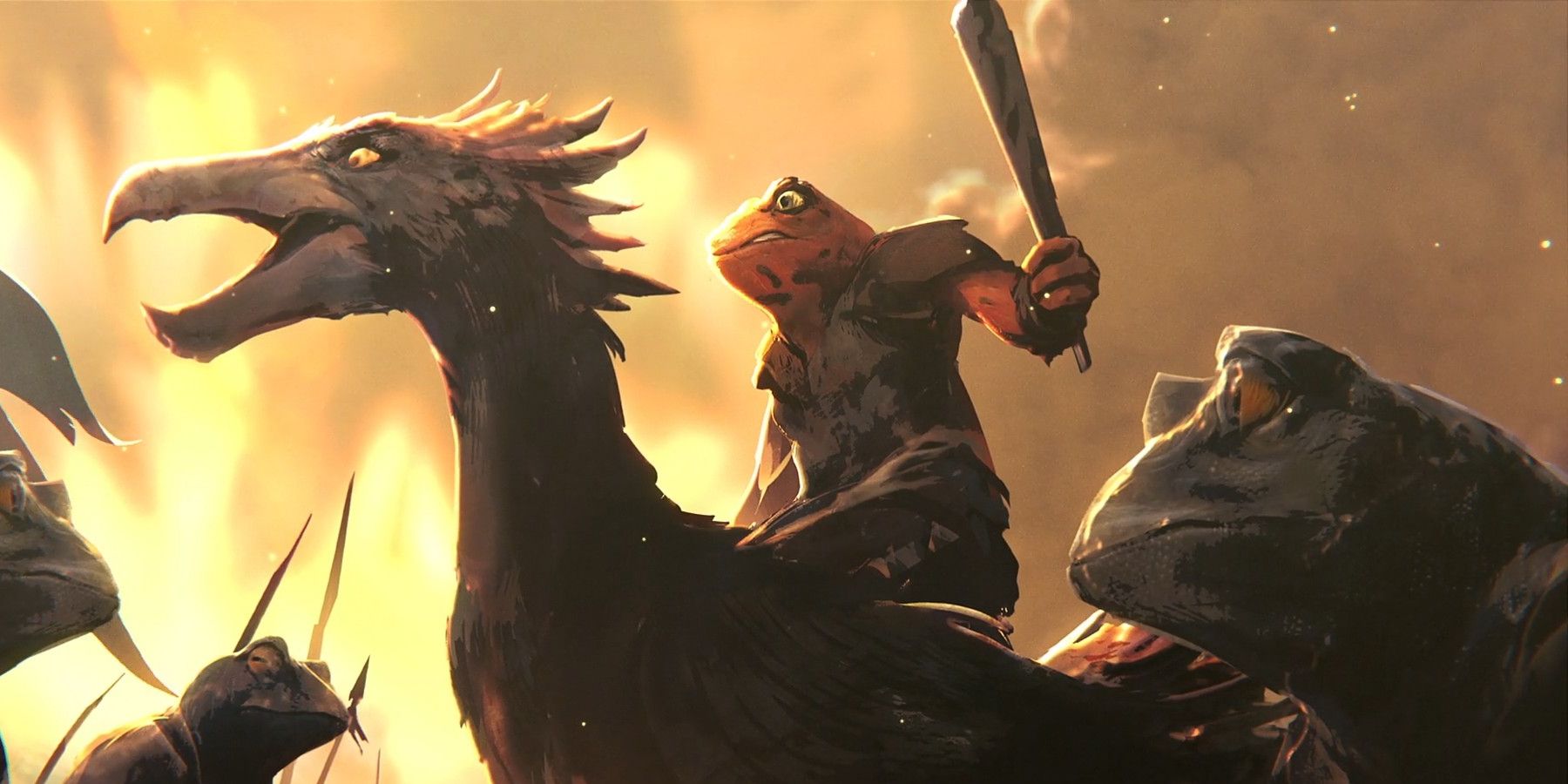 With a handful of exceptions, Rana Wielders play to their faction's strengths by focusing on speed and attack power. The few who buck this trend, like T'Chyra and P'Cha, allow modifications to the standard Rana play style useful in countering enemy builds. 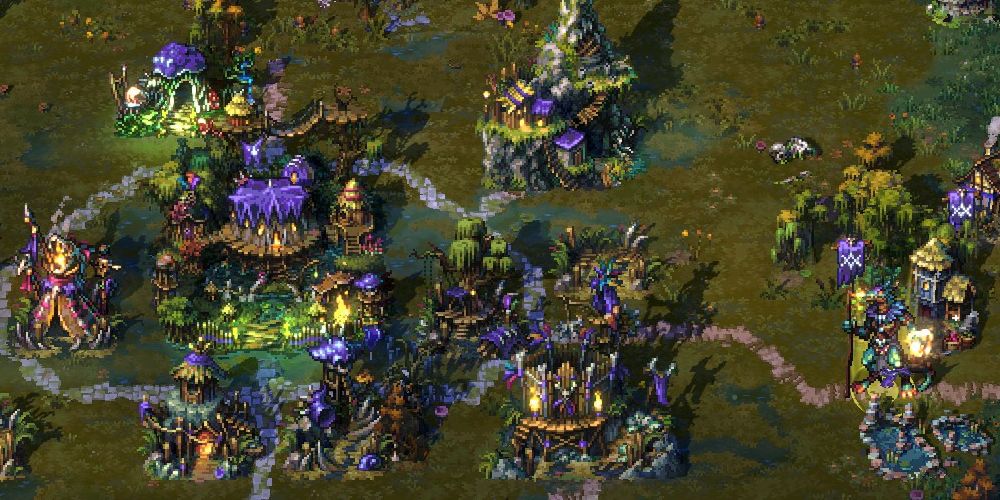 As stated earlier, your first decision will be whether you plan to build around Ravagers or Crawlers. Mud Huts require Wood, while Beast Corrals require Stone, so your first resource building – Diggers or Gatherers – should be selected based on that need. Your second building should be a Lean-To, since Hunters require large numbers to be effective.

After you've added more building sites, a Shaman's Tent is a good next step as it will provide your army with much-needed ranged attacks. After that, fill the medium slot with a Mud Hut or Beast Corral according to your overall plan.

Going for Dragons is an expensive proposition, and you should only consider it if you expect the game to go long. Two-player duel maps will likely be over before you get a chance to use your prized fire-breathers, so you're better off spending your resources on upgrades for your regular troops. If there are multiple opponents on the map to contend with, though, what better way to proclaim your dominance than with a horde of Elder Dragons?

April Fools’ Day Is Bad Because It Made Yakuza Turn-Based