According to a new interview, Sonic Colors Ultimate will be getting rid of game overs entirely by removing the lives system.

Speaking to Famitsu (and translated by Tail’s Channel), Sonic Studio creative officer Takashi Iizuka was asked what was new in this release of the game. Iizuka commented on the game’s new graphics but also said, “the biggest change was removing the old life system. “Game Over” as we know it, doesn’t fit with the current context for gameplay, so this time players can play it unlimitedly without worrying how many times they fail.” 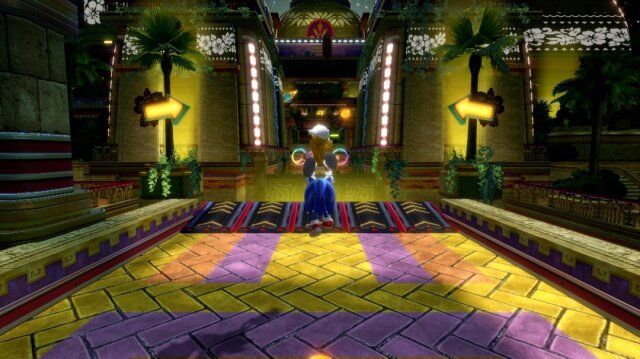 To go one step further, Sonic Colors Ultimate also adds a “Tails Save” function. Iizuka describes it as, ” Going even further, since it’s an action platforming game, if you fail to jump, you could fall in a bottomless pit and commit an error, but we have added the function of “Tails Save” to help the player. As indicated by the name, if the player falls in a bottomless pit, Tails will appear and save them.”

There’s no word yet on if series veterans can customise these options at all, but previous screenshots for the game have shown a lives counter in the top left corner so it’s possible that it’s similar to Nintendo’s systems that allow players to turn on help when stuck on a course.

When discussing these changes, Iizuka said that it allows for more beginners to access the game and that it could be a good way for people who have been introduced to Sonic through the movie to get used to the character in-game. The interview also speaks about the addition of the Jade Ghost Wisp, and how it’s being implemented for exploration.

Interestingly, fans had noticed a lot more Tails appearing in the trailers and gameplay screenshots for Sonic Colors Ultimate. It looks like he might end up being playable in the game as well, as some fans have spotted Tails on the lives counter in several different screenshots.

Rumor: Nintendo Will NOT Hold A June Nintendo Direct (Due To Coronavirus)