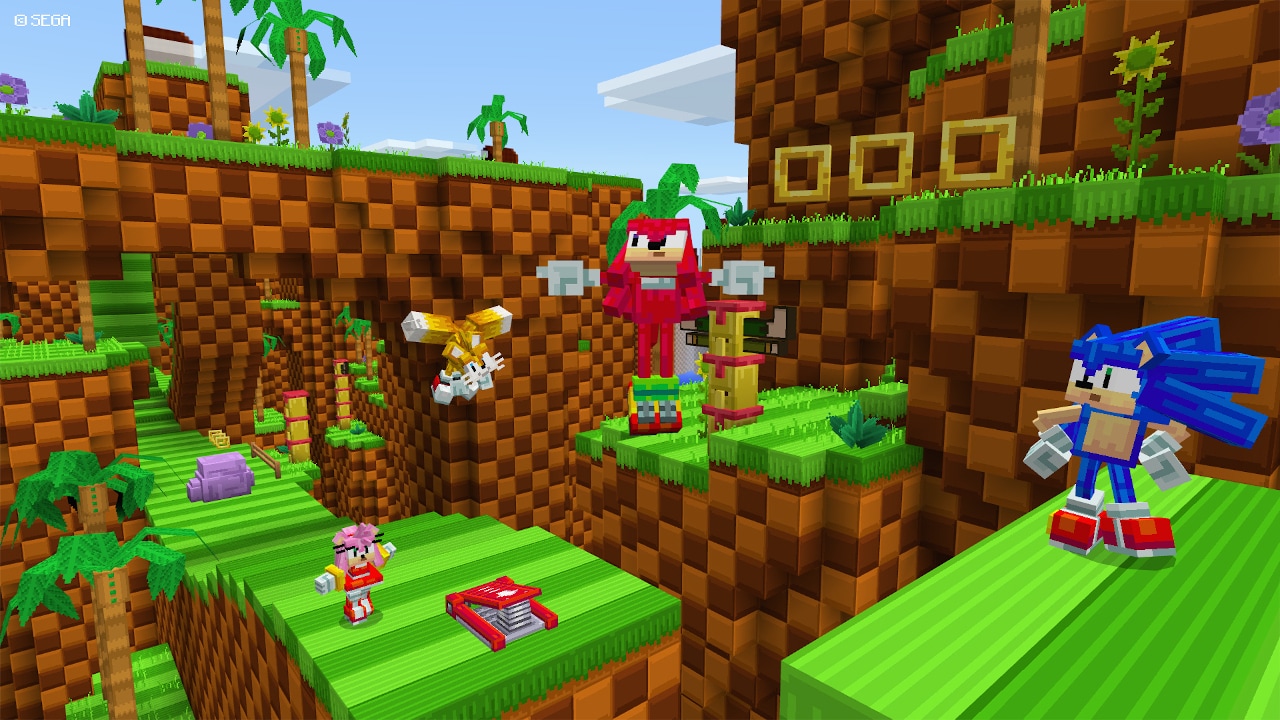 It’s Sonic’s 30th birthday today and while there’s no new game to celebrate there is a recreation of the old Mega Drive games for Minecraft.

Those are three of the most influential video games of all time and yet not one of them has been given any kind of official commemoration from its creators, beyond a quick mention on Twitter.

That’s no doubt the fault of the coronavirus but at least there is something to celebrate Sonic’s 30th, even if it is only a DLC pack for Minecraft.

The DLC pack is actually pretty substantial and as well as the expected skins of Sonic and his friends you also get procedurally generated maps inspired by specific levels such as Green Hill Zone and Chemical Plant Zone.

The levels work similarly to the real thing, including robot enemies and rings you can collect, which means that Minecraft, of all things, is in danger of being one of the best 3D Sonic games ever.

Each of Sonic’s friends have their own unique abilities, including Tails who can fly, Knuckles who can glide, Amy who has her signature giant mallet, and Shadow who has a motorcycle (but thankfully not a gun).

If you’re a massive Sonic and Minecraft fan but for some reason don’t want to pay for the DLC there’ll also be a special server event for the next two weeks, hosted by The Hive.

The event will allow you to unlock a free Sonic the Hedgehog character creator and play some unique new mini-games.

Although it’s missed the big anniversary a new Sonic game is in development, which is rumoured to be an open world adventure called Sonic Rangers.

Sonic Team boss Takashi Iizuka has even suggested it’ll be a milestone release for the series, comparable to Sonic Adventure in terms of its influence.

The only new release with an actual release date though is Sonic Colours Ultimate, a remaster of the Wii original which will launch on all formats on September 7.