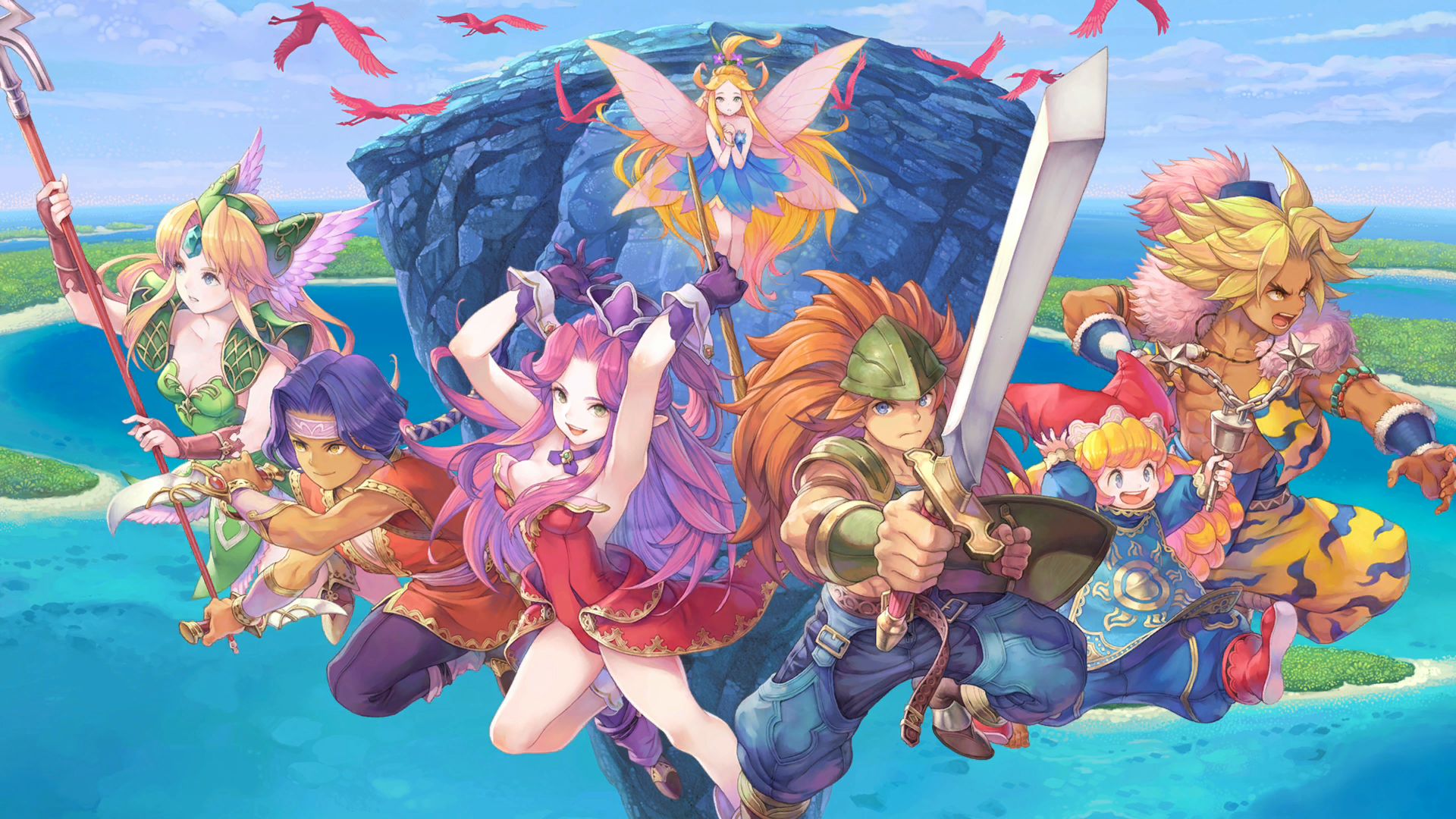 In a recent livestream, Square Enix shared plans for future Mana projects, including two mobile games and an anime adaptation.

It may not be as globally popular as the Final Fantasy series or have as many entries, but Square Enix’s Mana series of role-playing games (known as Seiken Densetsu in Japan) has been going strong for 30 years now.

During a recent livestream to celebrate the 30th anniversary, Square Enix announced a few new projects for fans to look forward to, with the first to release in only a couple of weeks: a mobile version of the Trials Of Mana remake.

Released in 2020, Trials Of Mana was a full-fledged 3D remake of the original 1995 game. It’s currently available on PlayStation 4, Nintendo Switch, and PC, and the mobile version is scheduled to release on July 15. Eager fans can pre-register for the game right now on the Apple Store and Google Play.

It will boast unique features, such as touch controls, customisable graphics settings, and cloud save capabilities. You’ll also receive two pieces of gear to help you get started, which increase the amount of experience and money you earn from battles until you reach level 17.

A brand new mobile game is also confirmed to be in development and will release in 2022. Titled Echoes Of Mana, it’s been described as a free-to-play action role-playing game that will feature ‘new and beloved Mana series characters alike.’

Details are still slim, but it will include multiplayer functionality. A teaser website and trailer are available too which show the game in action and some of the characters that will be making an appearance.

The last announcement isn’t of a game, however, but of a new anime series called Legend Of Mana -The Teardrop Crystal-. It serves as a tie-in to the recently released remaster of the original Legend Of Mana from 1999, which is available on PS4, Switch, and PC.

The anime doesn’t have an air date yet, but the plan is to make it available worldwide. It’s being worked on by Yokohama Animation Laboratory, the same studio that made the remaster’s opening cinematic.