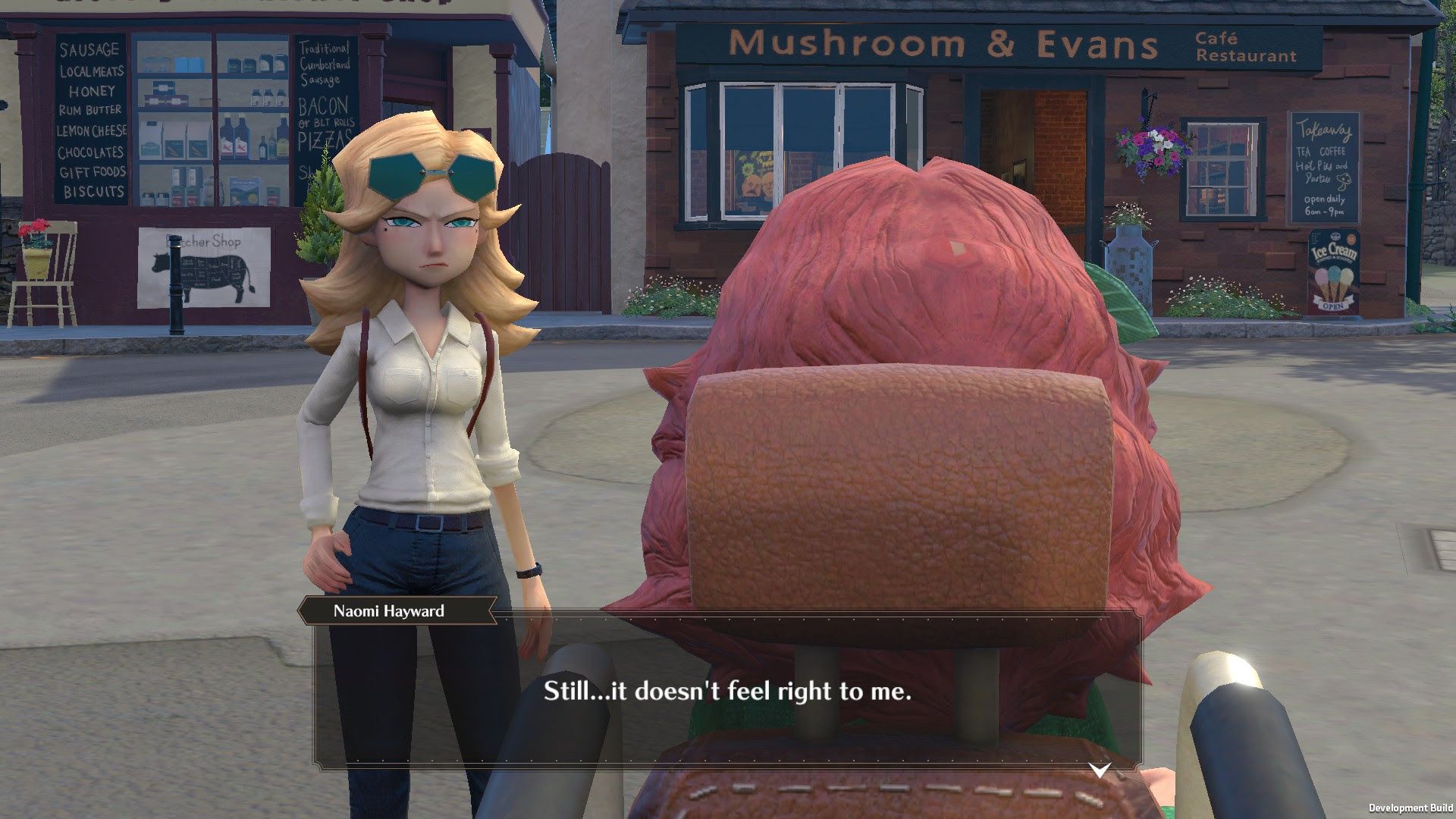 The new game from the creator of Deadly Premonition has a new trailer and a release date, and it all looks encouragingly weird.

With the unexpected success of Deadly Premonition, Hidetaka ‘SWERY’ Suehiro became one of gaming’s most unlikely superstars. But while subsequent games, such as D4: Dark Dreams Don’t Die and The Missing, were also very good they never gained the same cult following.

Deadly Premonition 2 struggled too, in large part thanks to some serious performance issues, but now, hopefully, The Good Life will gain him a new critical and commercial hit.

The game has been in development for some time, following a successful Kickstarter campaign, but it will now be released on Xbox One, PlayStation 4, Nintendo Switch, and PC on October 15.

Inspired by SWERY’s trip to the UK, to see his publisher based in Hertfordshire, The Good Life casts you as New York-based photography Naomi, who becomes stranded in the small town of Rainy Woods.

Dubbed the ‘happiest town in the world’, its populace has the peculiar ability to transform into cats and dogs, and Naomi has to figure out why – while indulging in a spot of transmogrification herself.

Exactly how the game works is still not entirely clear, but it seems to involve Naomi paying off a debt of some sort and renovating her house and garden while growing and harvesting crops. And also solving a murder while riding a sheep?

On paper it sounds like a cross between Deadly Premonition and Animal Crossing – which instantly seems like a good idea – but knowing SWERY it’ll probably end up even weirder than that.