Just after the launch to Early Access, RAM Pressure devs also locked and loaded in a Day One Patch that reportedly solved a bunch of user-reported critical issues at launch. Some of the fixes included character freezes, game freezes, map and GUI errors, and more. The devs also announced their partnership with NVIDIA GeForce NOW, which now allows the game to “be played at maximum settings, even on weak hardware and tablets”.

If you’re a fan of XCOM’s combat style, a based-in-reality sci-fi setting, and tactical online multiplayer action, RAM Pressure may be of interest to you. The story here centers on a near-future Earth where a swarm of unusual meteorites (aka aliens) has slammed onto the planet. In an attempt to quell public panic, hide the possible alien invasion from Earth’s citizens, and be the first government to lay claim to the discovery and intent of these aliens, you are placed in charge of a paramilitary group with orders to recon and secure the ‘crash sites’.

As your group secures more of these landing sites and the alien tech recovered there, you learn more and more about “government conspiracies and state-sponsored attempts to use alien technology to control the world’s population.” You also discover that this ‘first contact’ is something much greater, and that a clear and present danger exists that threatens all mankind.

RAM Pressure features squad-level combat action against online multiplayer opponents, single-player and multiplayer missions, a selection of 10 high-tech and alien weapon classes, and over 100 guns. You’ll also be able to play as any of 12 character classes and 160 skills. Maps are procedurally-generated, terrain is destructible, and the day and night times cycle, as does the varying weather conditions. 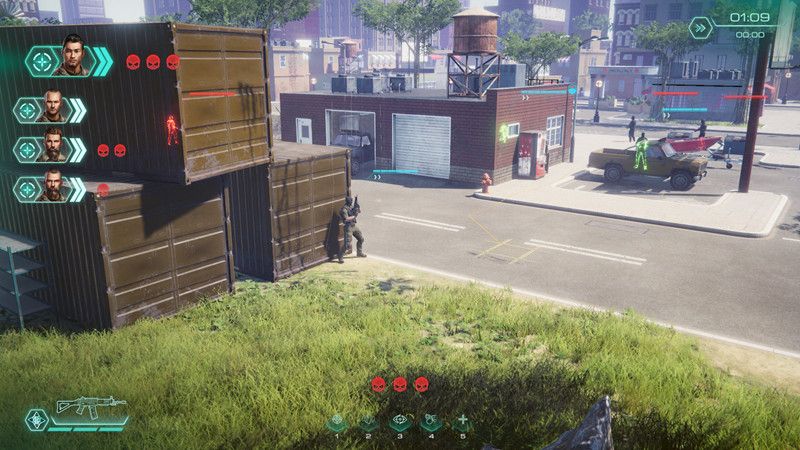 To see some live gameplay, check out the RAM Pressure – Mission 01 walkthrough video on publisher GDT’s YouTube channel. To learn more about the game, scout out the official RAM Pressure website and Twitter channel.

Turrican Is Coming Back 30 Years Later, Will Be Shown At Gamescom