Compared to 2020, Magic the Gathering has been comparatively light on the bans this year. With Eldraine rotated out and the likes of Strixhaven, Adventures in the Forgotten Realms and the Innistrad sets being much lower in their power levels, Standard is having a much stabler time.

That doesn't mean this year has been totally free of bans, though. Magic's had some major, high-profile bannings across its other formats. We've had delicate, considered bans of individual combo pieces, while other cards have required the nuclear option and been removed from most of the game. Here are the five most notable bans of the year. 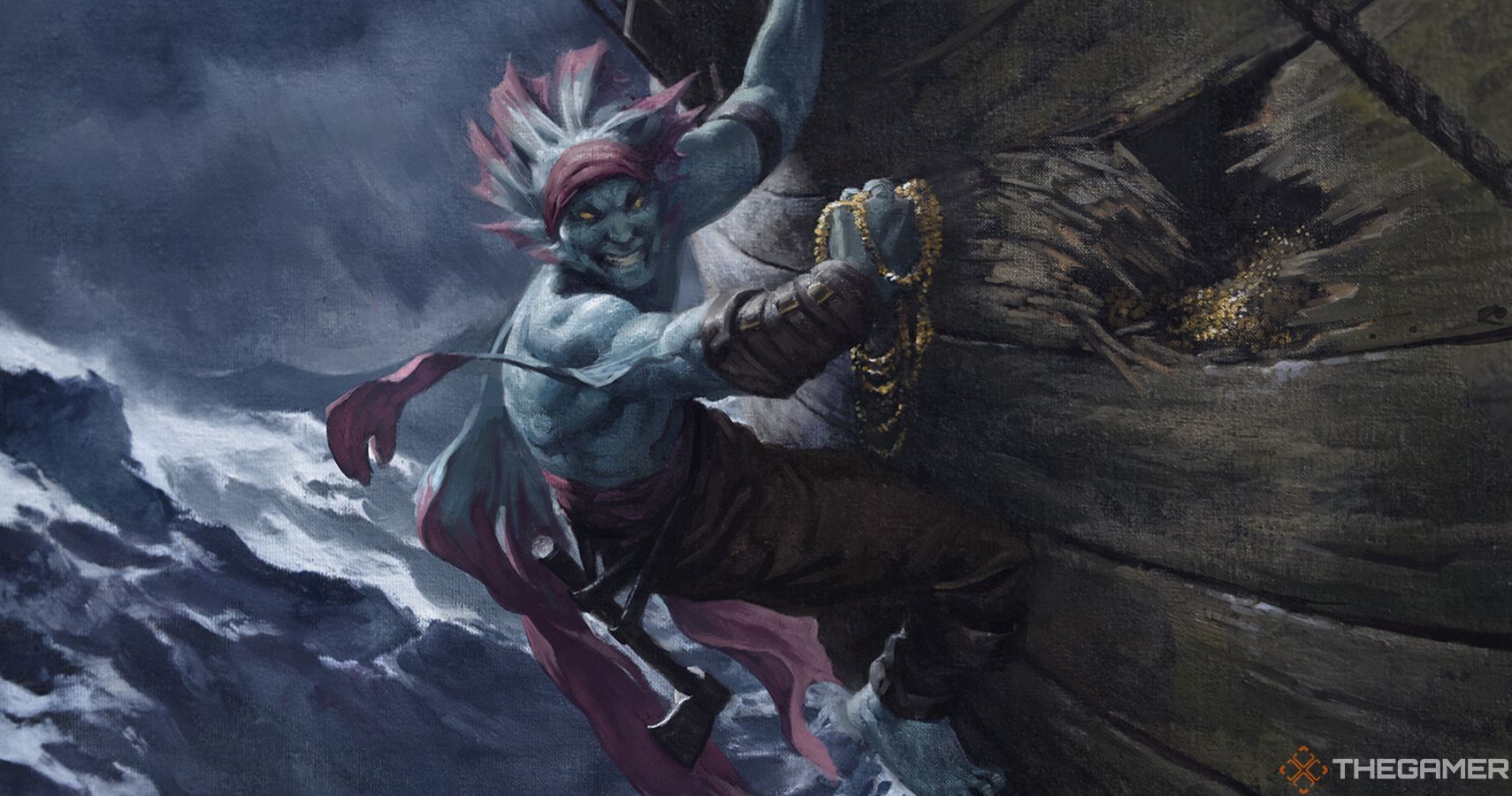 When Commander Legends launched in November 2020, everybody knew a Hullbreacher ban was coming. It was just a matter of 'when', not 'if', and the sword finally dropped in July.

Hullbreacher is a Merfolk Pirate that costs two generic and one blue, and has flash. If an opponent draws more than the one card in their draw step each turn, you make a treasure token instead.

The two big issues of Hullbreacher were its mana cost and the word "instead". By being a mono-blue card, compared to Notion Thief's Dimir colours, it could slot into almost any deck with blue in it, and it behoved players to put it in even if it wasn't strictly part of their game plan. Many players also felt the card should have been white, as it fits more into white's philosophy of rule-setting and would have been a major buff to white's struggling role in Commander.

The other problem was "Instead". Draw prevention cards like it, Notion Thief and Narset, Parter of Veils are already controversial in Commander, as they can shut a player out of the game completely. It was frequently used alongside 'wheels' like Windfall or Teferi's Puzzle Box, which meant other players would have to throw away their entire hand and would be unable to draw a new one, while at the same time giving Hullbreacher's controller a massive number of treasure tokens. It was oppressive and unfun, and you were heavily incentivised to build around Hullbreacher in the scummiest ways possible.

Had Hullbreacher given them the draw as well as you the Treasure token, or had it cost even one more coloured mana, it's debatable as to whether it would have been banned. As it is, it was a perfect storm of nonsense that had to be snubbed out of Commander for the good of the format.

4 Tibalt's Trickery in Modern and Historic 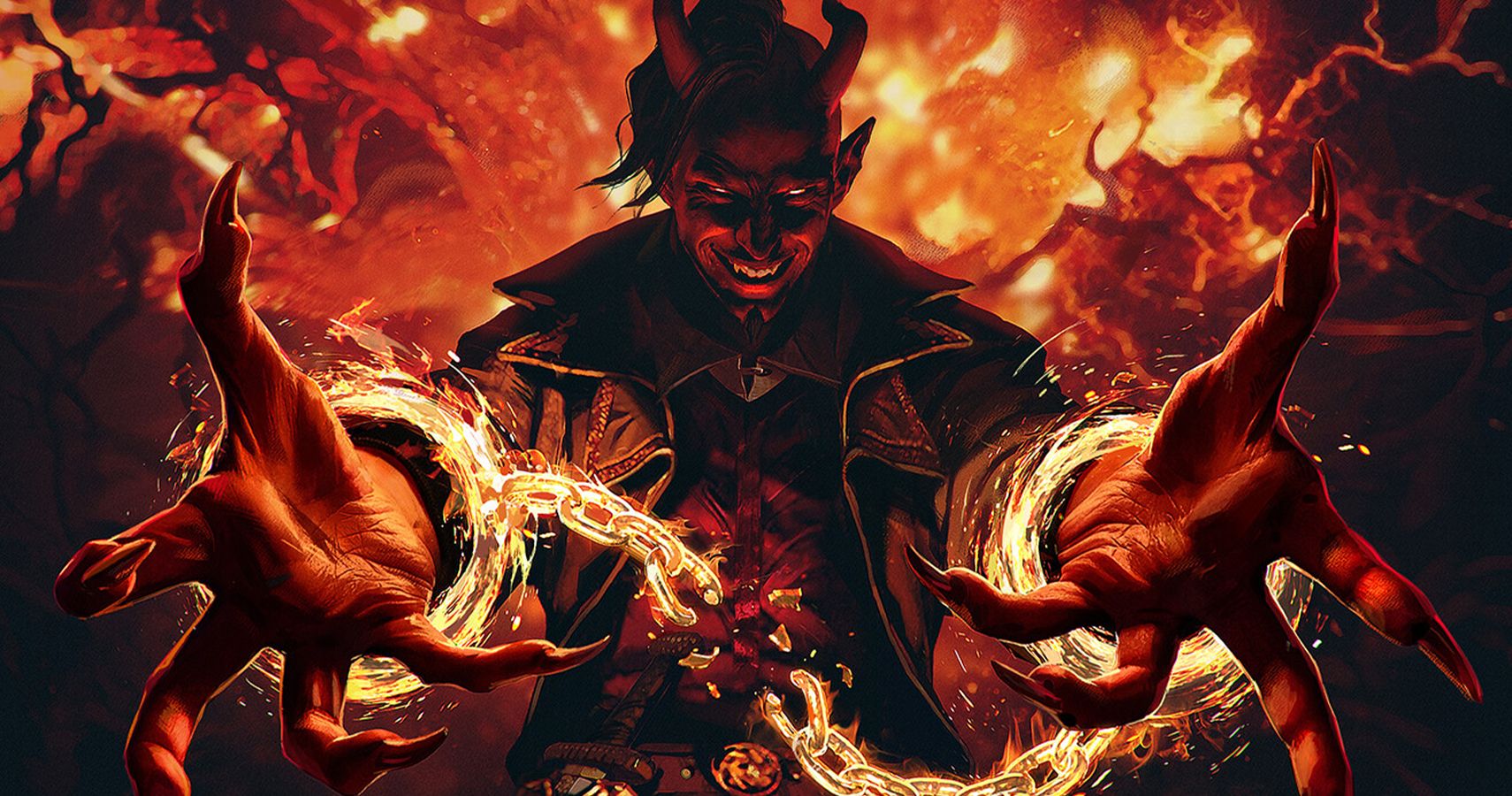 Very few Standard-legal cards released this year have been a problem (Alrund's Epiphany aside…), but Tibalt's Trickery managed to cause havoc both at the beginning and the end of the year.

Tibalt's Trickery is an instant that costs one generic and one red. It counters a spell, and then its controller mills one, two or three cards at random, before exiling cards off the top of their library until they hit a spell with a different name to the one countered. That spell can then be cast without paying its mana cost.

When it launched in Kaldheim in February, players quickly realised Tibalt's Trickery could be used to cheat out powerful spells as early as turn two. The first ban came to the Modern format the same month, where people were regularly casting a zero-cost spell like Tormod's Crypt, countering it themselves with Tibalt's Trickery, and then flooding the board through a combination of Tibalt's Trickery's exile ability and hitting a spell with Cascade to repeat the process.

After its Modern banning, Tibalt's Trickery became a lot less prevalent in other formats. Decks built around it were very much glass cannons that relied on a precisely-orderded deck to work. This changed when Cascade finally came to Historic with the introduction of Throes of Chaos. With Cascade in Historic, it quickly faced the same problem Modern did, where people could use it to cheat out entire boards worth of creatures for very little cost. It was banned in Historic in October, almost seven months after its Modern ban.

While cards are often banned in multiple formats, it isn't every day the same card is banned in one format, only for another format to naturally develop an environment where the same problem can independently sprout up again. It's like Magic Convergent Evolution, except instead of Starfish or something you get annoying counterspells.

Pauper is a format that only uses common-rarity cards that has been growing in popularity in recent years, despite little involvement from Wizards of the Coast. This year, in particular, was pretty rough for Pauper, thanks to an early banning of Fall From Favour in February, followed by months of radio silence on the health of the format.

Things came to a head with the release of Modern Horizons 2. Partly it was due to the inclusion of Sojourner's Companion and common-rarity, dual-coloured artifact lands driving artifact-heavy Affinity decks into overdrive. The bigger problem, though, was games would frequently be swamped out by an overwhelming wave of squirrels, and it was all thanks to Chatterstorm.

Chatterstorm only costs one generic and one green mana, and it makes a 1/1 green Squirrel token. It also has Storm, which means it copies itself for each spell cast before it that turn – three spells means you get four Squirrels. Pauper as a format is thin on board wipes, as most of them are found in higher rarities, making even just a few Chatterstorm copies enough to get a board state your opponent couldn't overcome.

Those squirrels plagued Pauper for months until participants in a Pauper Preliminary tournament on Magic the Gathering Online protested by replacing their entire decks with nothing but basic lands. The tournament ground to a halt (one player still took their normal deck, and that player conceded in the finals to send the message to Wizards), and this spurred Wizards into banning Chatterstorm at long last. In the ban announcement, it said Chatterstorm was gone to encourage a "slower, lower-powered version of the Storm deck". 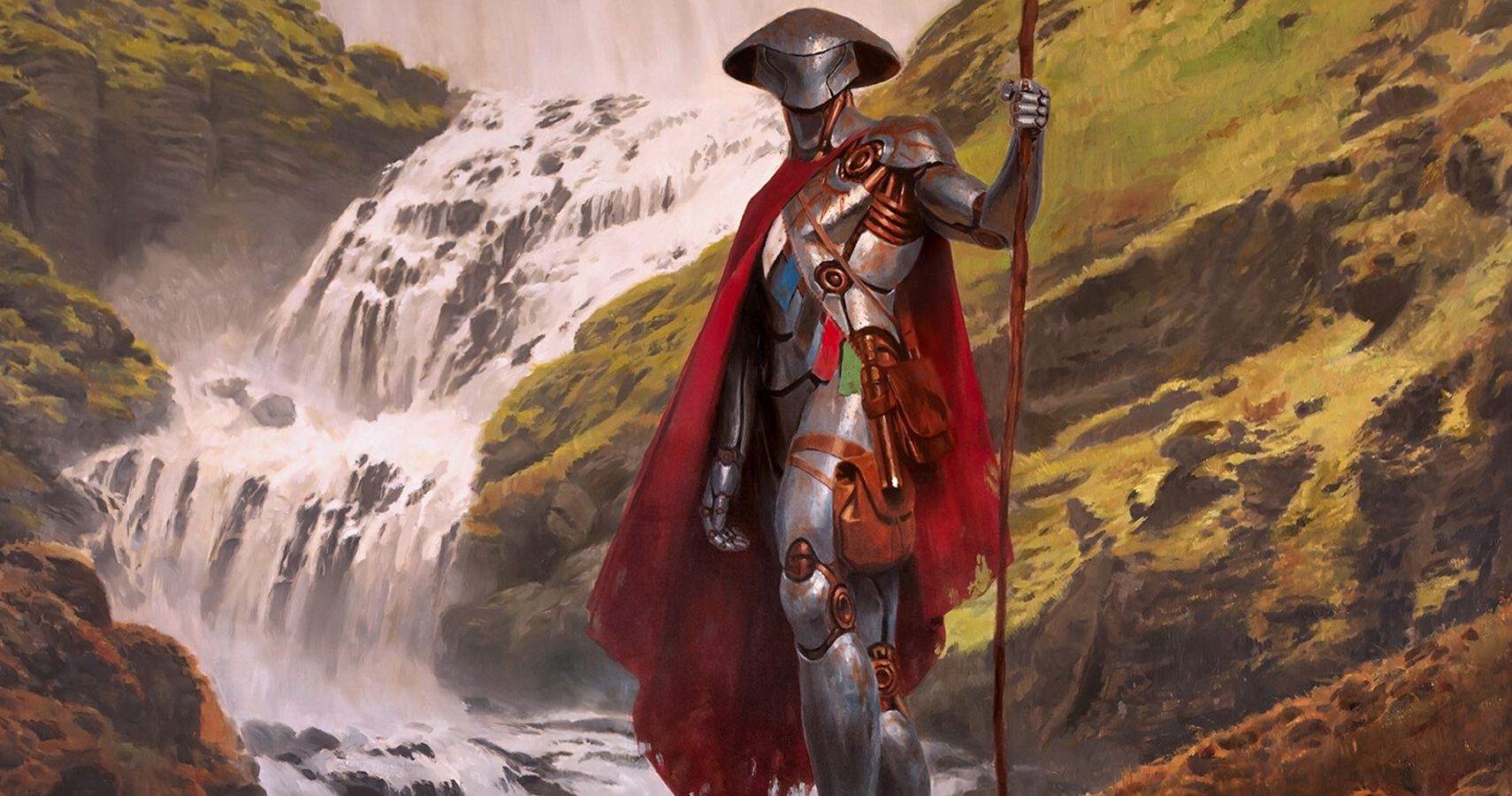 Despite being its most popular Commander, Golos, Tireless Pilgrim was a problem for the Commander format. It was able to do a little bit of everything incredibly well, and its WUBRG colour identity meant it works as the Commander for virtually any deck.

Golos' banning was huge for a couple of reasons. First, at the time of its banning, Golos was the number one most-used Commander according to the Commander stats website EDHRec. Thousands of decks with it as their Commander had been registered, pushing it hundreds of decks ahead of second place. Secondly, the banning was so unexpected. For all but the most involved Commander players and those on the Commander Advisory Group, who help shape the format, Golos' banning seemed to come somewhat out of the blue and was preceded by very little of the community discourse Hullbreacher had had earlier in the year.

While the banning was ultimately good for the health of the format, it upended a lot of players' decks. There are alternatives for it, as Golos was used as a kind of one-size-fits-all-decks Commander in decks that really should have been using a more specialised creature, but this ban shook through the Commander community like no other this year.

1 Uro, Titan of Nature's Wrath in Historic, Pioneer, and Modern

Few cards defined Theros: Beyond Death's time in standard more than Uro, Titan of Nature's Wrath. It was a ridiculously powerful card that frequently appeared in high-level play, to the point where the Zendikar Rising Championships had it appear in six of the eight top decks.

Like Golos, Uro did everything a little too well. It was aggressively undercosted for a 6/6, only needing three mana to cast, and when it entered the battlefield you gained life, drew a card, and got to put a land from your hand onto the battlefield. It would then sacrifice itself, but you could just bring it back with the Escape mechanic for four mana next turn and do it all again. Once Uro was out to stay, you got a land, life, and card draw whenever it attacked as well, furthering the value.

Uro's first ban was in Standard in September 2020 after the Zendikar Rising Championships, but it took a few more months for bans to also come to three more formats: Historic, Pioneer and Modern. The reason given for all three formats was the same: Uro is just way, way too good, and warped the formats around to a significant degree.