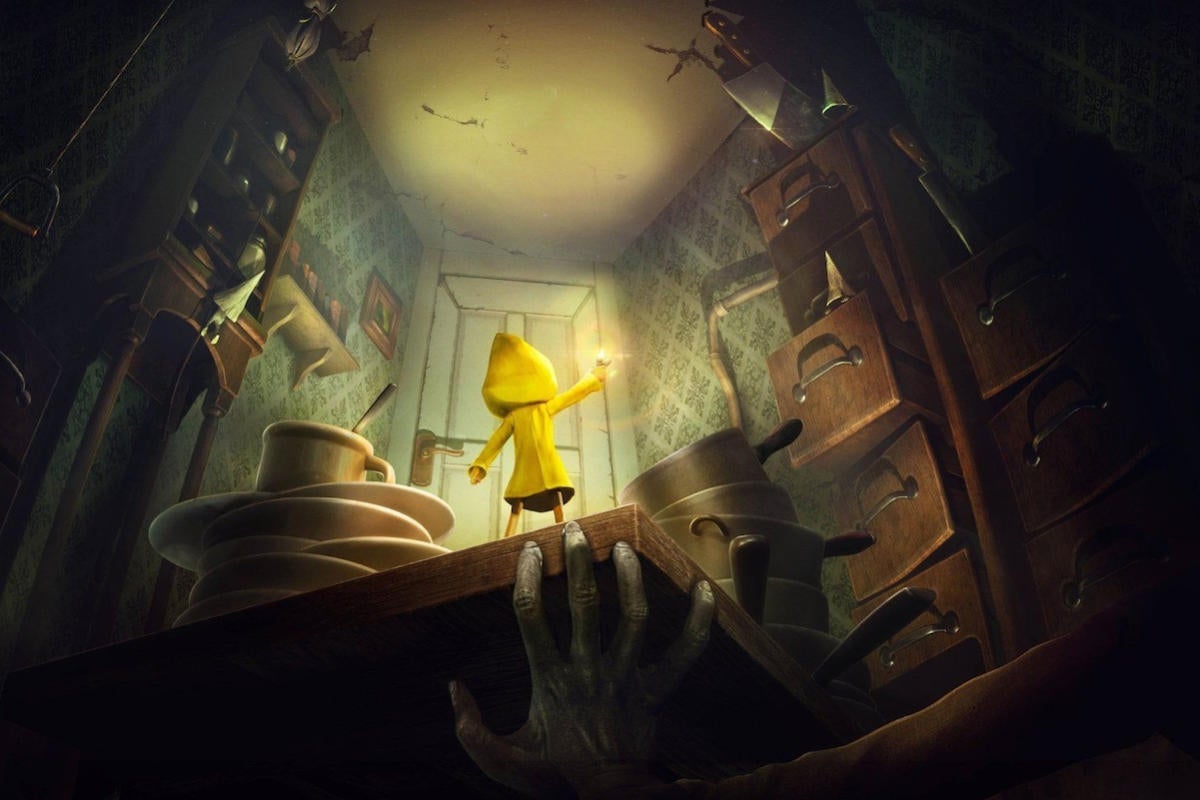 Enjoy a good puzzler? Then you may find something to love among May’s drop of standout iOS games. Sometimes last month’s puzzling is slow and tense, as in the moody but delightful Very Little Nightmares. Sometimes it’s so fast that you barely have time to think, as in the rapid-fire Jumpgrid. Regardless of your preferred pace, May’s games remind us that puzzlers work so well on the iPhone because they thrive on touch controls in ways that genres like platformers and action games do not.

May had so many good games, in fact, that this month there’s an honorable mention in the form of Word Forward, a cool word game that first dropped on the App Store in 2014. It’s back now in premium rather than free-to-play form, but it’s still about clearing the board by matching tiles that make words with three or more letters. When you get stuck, you can use a number of power-ups to either shuffle the letters or replace them with others. Like many of the other games on this list, it’s equally a brain-teaser and a brain-pleaser. 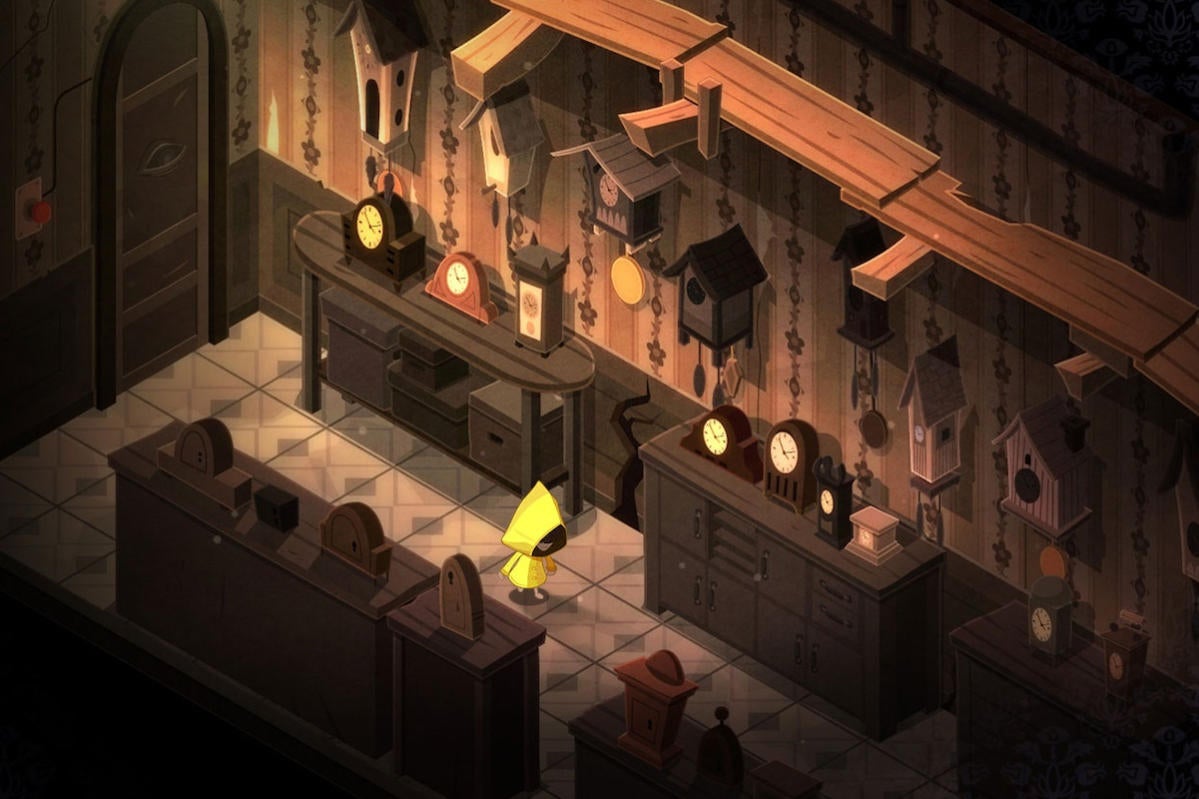 Little Nightmares left a big impact when it crept into what seemed like every gaming system apart from the Mac back in 2017, as its tense 2D stealth spawned more scares than many of its 3D cousins in the horror genre. And now, at last, that experience has made it to the iPhone with Very Little Nightmares, right down to the yellow-slickered hero who stays a step and a shadow ahead of the monsters. The main difference is that she’s now sneaking her way through a mansion rather than a scary ocean facility.

This isn’t a port: It’s a prequel that’s specifically designed with the iPhone’s vertical display in mind, although it features the same brand of puzzles, traps, and occasionally ghastly enemies that made the first one so remarkable. It’s reminiscent of Limbo in its brevity and creepiness—and considering that Limbo is one of the best indie games of all time, that’s not a mark against it. 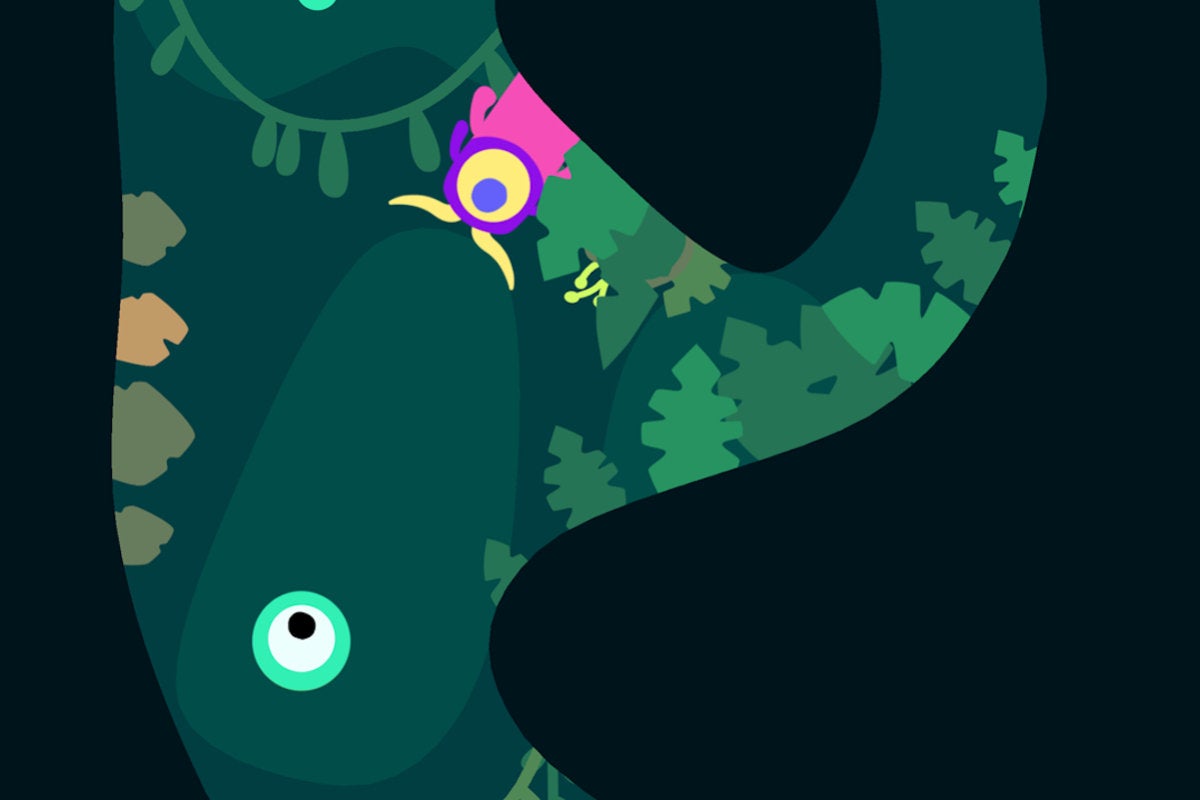 Ordia plays a lot like Angry Birds: Pull back on your avatar with your finger, and it fires off in the direction you aimed in. But that’s about where the similarities end. Here you’re a gloopy eye-like blob ascending through the primordial ooze, and so you do your platforming vertically rather than horizontally. Along the way, you plop over to other gloopy blobs for support and calculate catapults over spikes, until at last you break through the surface at the end of the stage—and, perhaps, to the next stage of evolution.

It’s a simple concept and not particularly original. Ordia’s excellence, though, lies in how well it executes this concept across three worlds and 30 challenging levels. It’s unburdened by in-app purchases, and it’s lovely in sight and sound every slimy leap of the way. 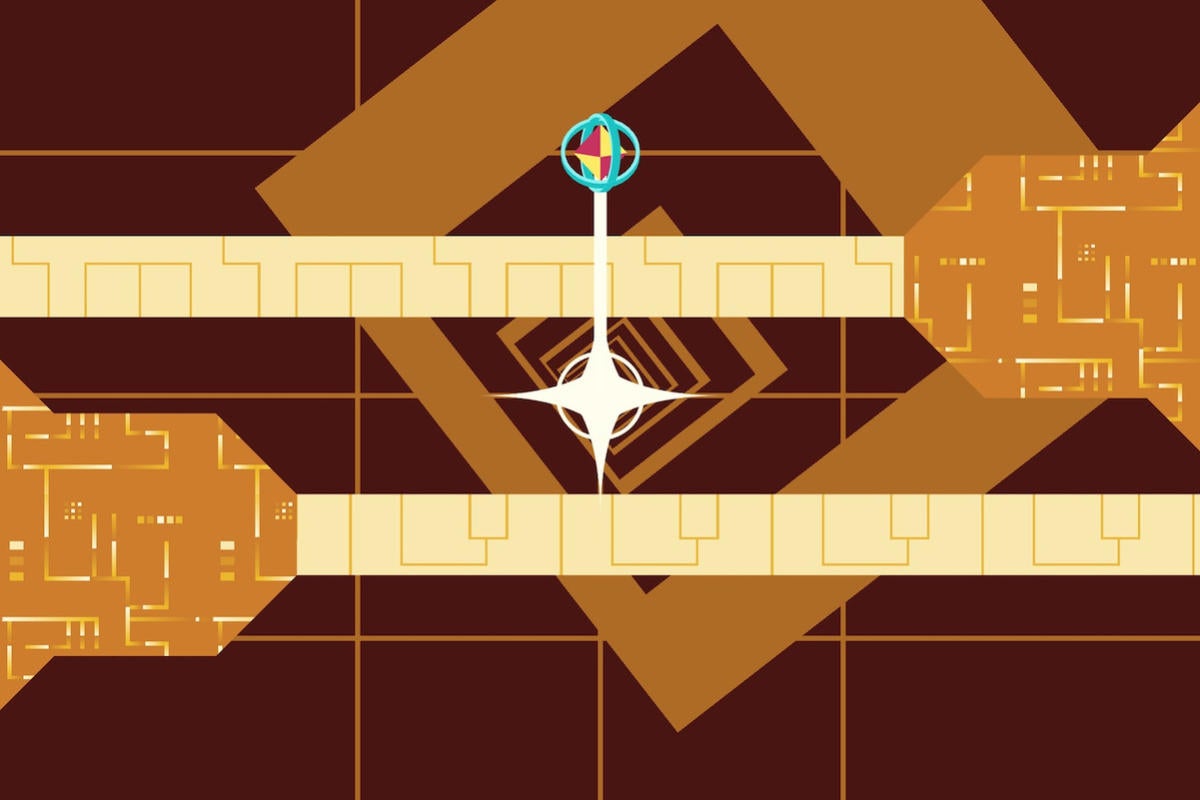 Jumpgrid is aptly named, as it’s about shuffling a gamepiece around a grid with swipes of your finger, all while collecting an assortment of nodes before you swipe over to the portal leading to the next level.

Don’t expect to zone out, though, as Jumpgrid is frickin’ intense (although you can slow the speed if needed). The whole time you’re collecting these nodes, you’re also dodging sliding and rotating barriers, either by vaulting past them or simply staying ahead of them. You’ve got to be quick, too, as some of these can slam into you barely half a second into a round.

Some puzzlers are relaxing even when they’re challenging, and this month’s Ordia falls into that category. But Jumpgrid is addictive for the opposite reason: It keeps me holding my breath, and every victory feels like a narrow escape. If you somehow don’t find the normal mode intense enough, Jumpgrid also features speedrun and infinite modes. 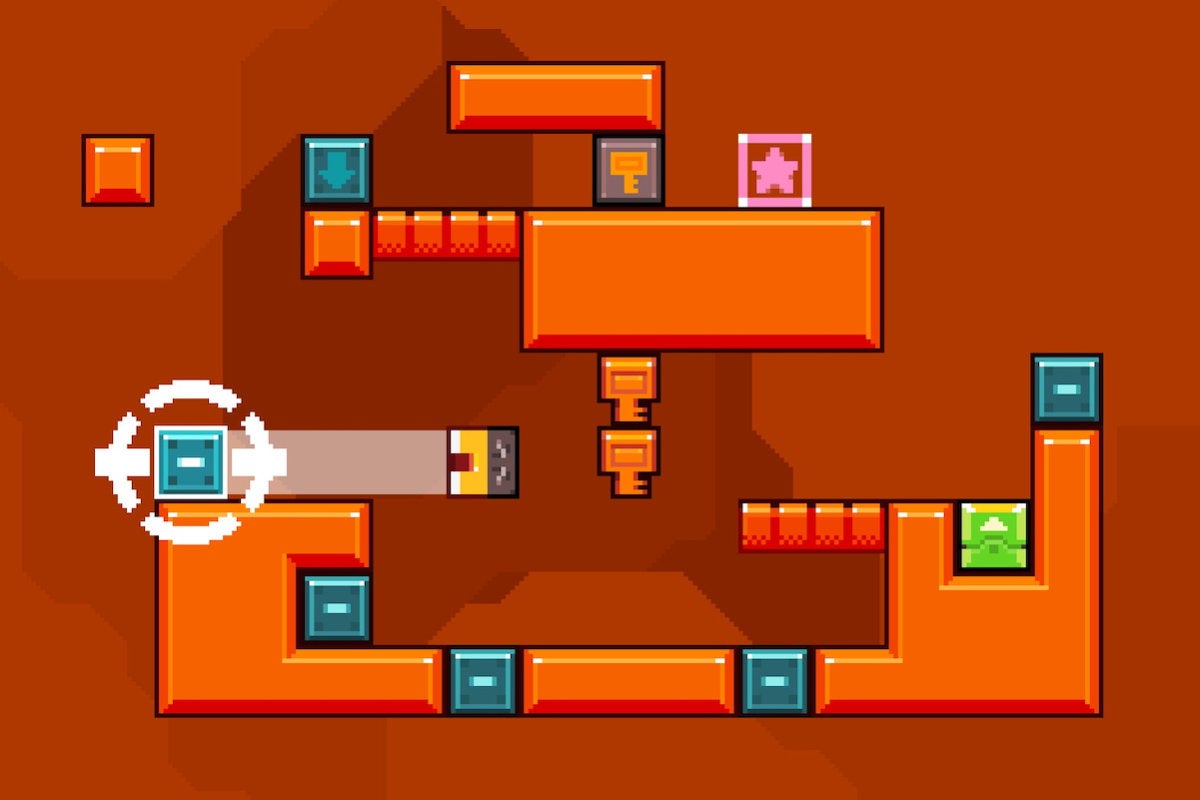 Magnibox may sound a bit like an electronics manufacturer, but it’s actually an entertaining 2D platforming puzzler featuring boxes and magnets. You spend all 160 levels tumbling a box across the screen, and then you use magnets to pull that box to various platforms until you’re able to roll through the goal.

It’s simple, but it presents challenges that feel rewarding but never exasperating. Success lies in figuring out how to roll into the right position, which sometimes involves clever use of the magnets or the assorted conveyor belts and movable boxes. Many other games force you to tough your way through these challenges until you succeed or fail, but Magnibox comes with a welcome undo feature that erases either your last move or lets you start over from scratch. And since there aren’t any in-app purchases, you can do this without penalty. 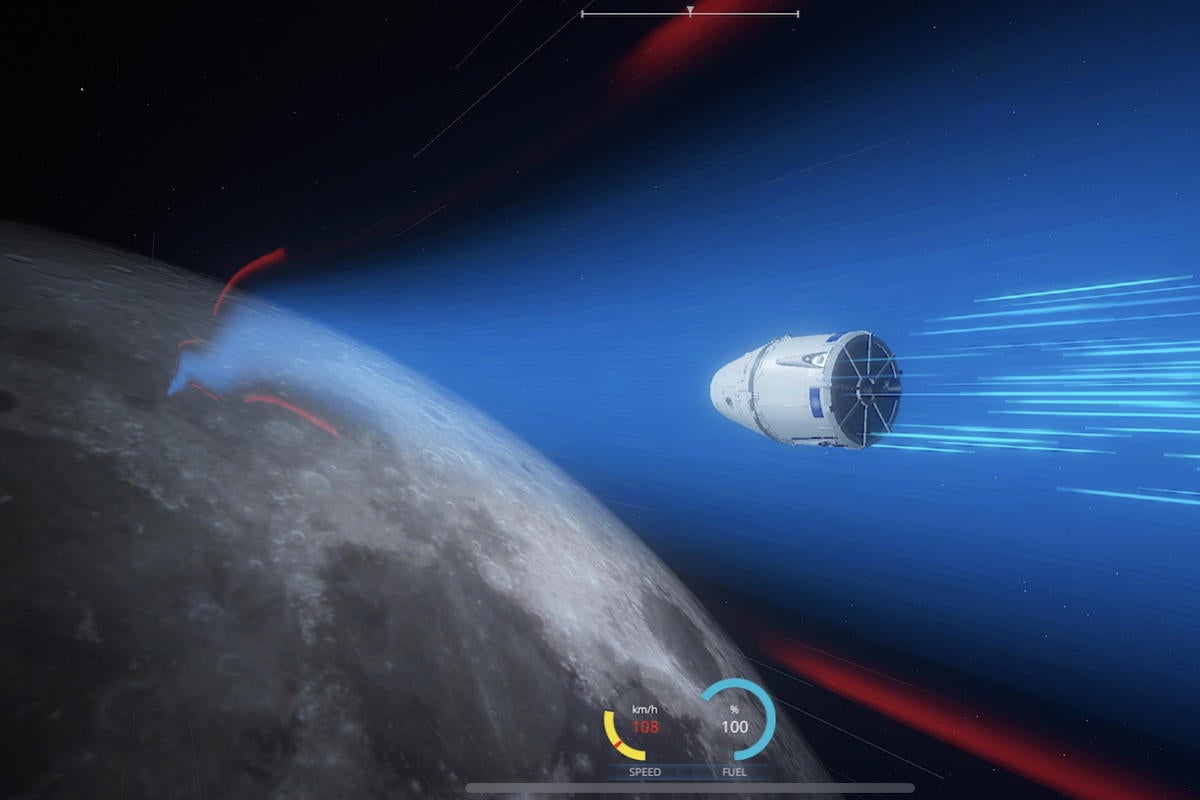 If you ever need to be reminded why the expression “It’s not exactly rocket science” exists, you should spend some time with Solar Explorer: New Dawn. It’s worlds away from the difficulty of landing a module on a moon or another planet, but Solar Explorer’s need for arcadey precision does a good job of capturing the tension. It’s basically a modern spin on 1979’s Lunar Lander, but developer Dwarf Cavern has updated it with lovely animations for the three phases of entry—and, more grimly, a message about the need to settle on other planets once Earth starts running out of room and resources in the 2040s.

A PC version dropped last year, but the mobile version is better suited for the core business of using thrusters to keep the craft in line or slowing it down for landing. It’s sometimes frustrating and there’s a definite demand for skill, but the atmospheric highs when you perfectly nail a landing make the learning process worth enduring.

Microsoft Mascot Clippy Has Been Added To Halo Infinite