Horror games are commonly known for their atmospheres, disturbing imagery, and terrifying enemies, but sometimes those factors don't work together all that well. While the enemies that appear in various horror games are usually meant to scare and disturb the player, some enemy designs end up being more silly than scary.

One would think this is limited to less popular horror games, but even some of the most popular series have enemies that players have a hard time taking seriously; although some of these creatures are much sillier than others due to their appearance, what they do, or a combination. 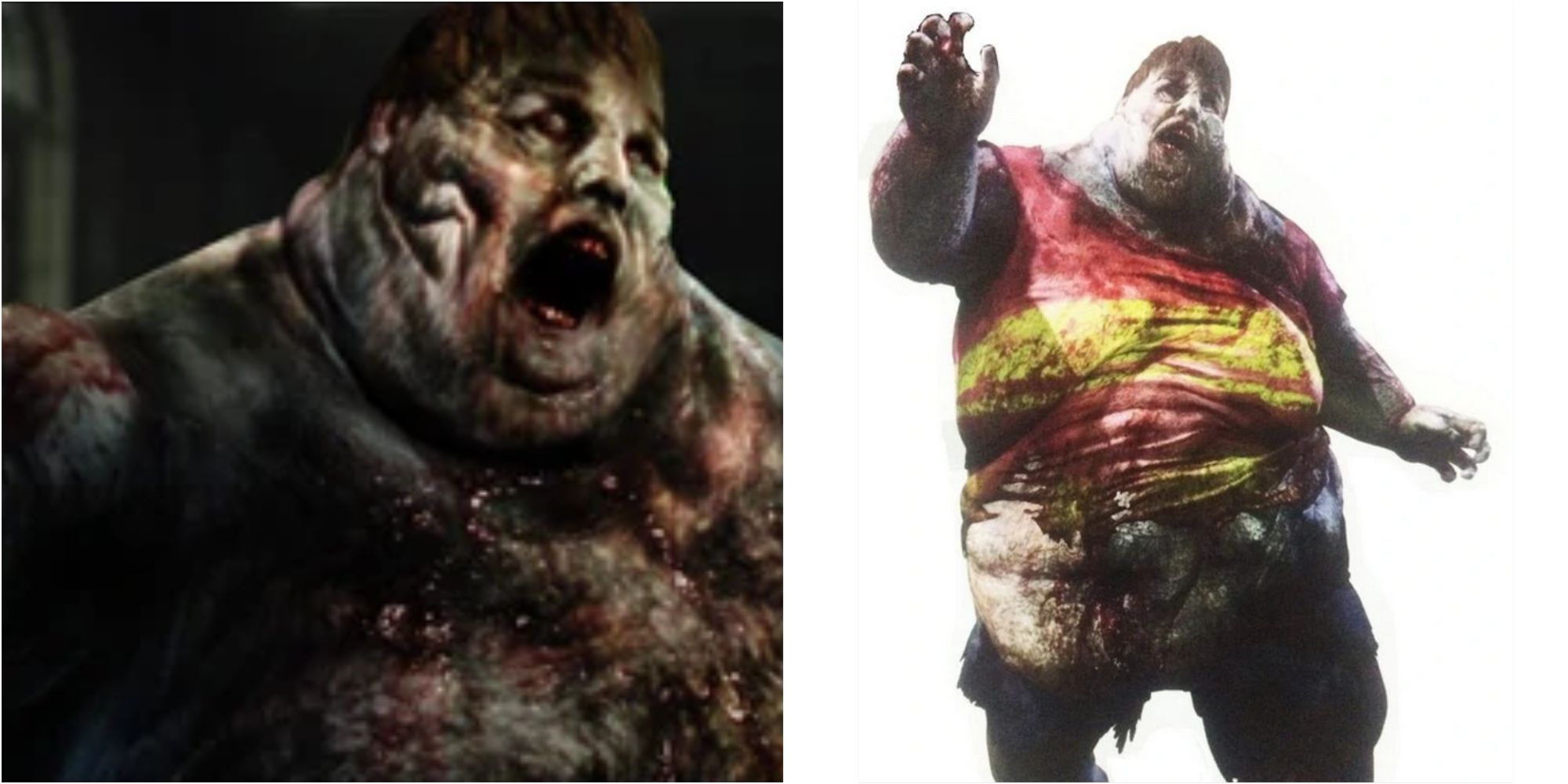 Big zombies aren't anything new to the zombie horror video game genre, but the Whopper and Whopper Supreme are the most disappointing of them. While the similarly shaped Boomers from Left 4 Dead explode and the Gatling Majini from Resident Evil 5 at least have a gatling gun, Whoppers and Whopper Supremes are simply just big, durable, and strong, with no additional abilities. They're also slow for the most part due to their weak legs but can use brief bursts of speed to attack the player. 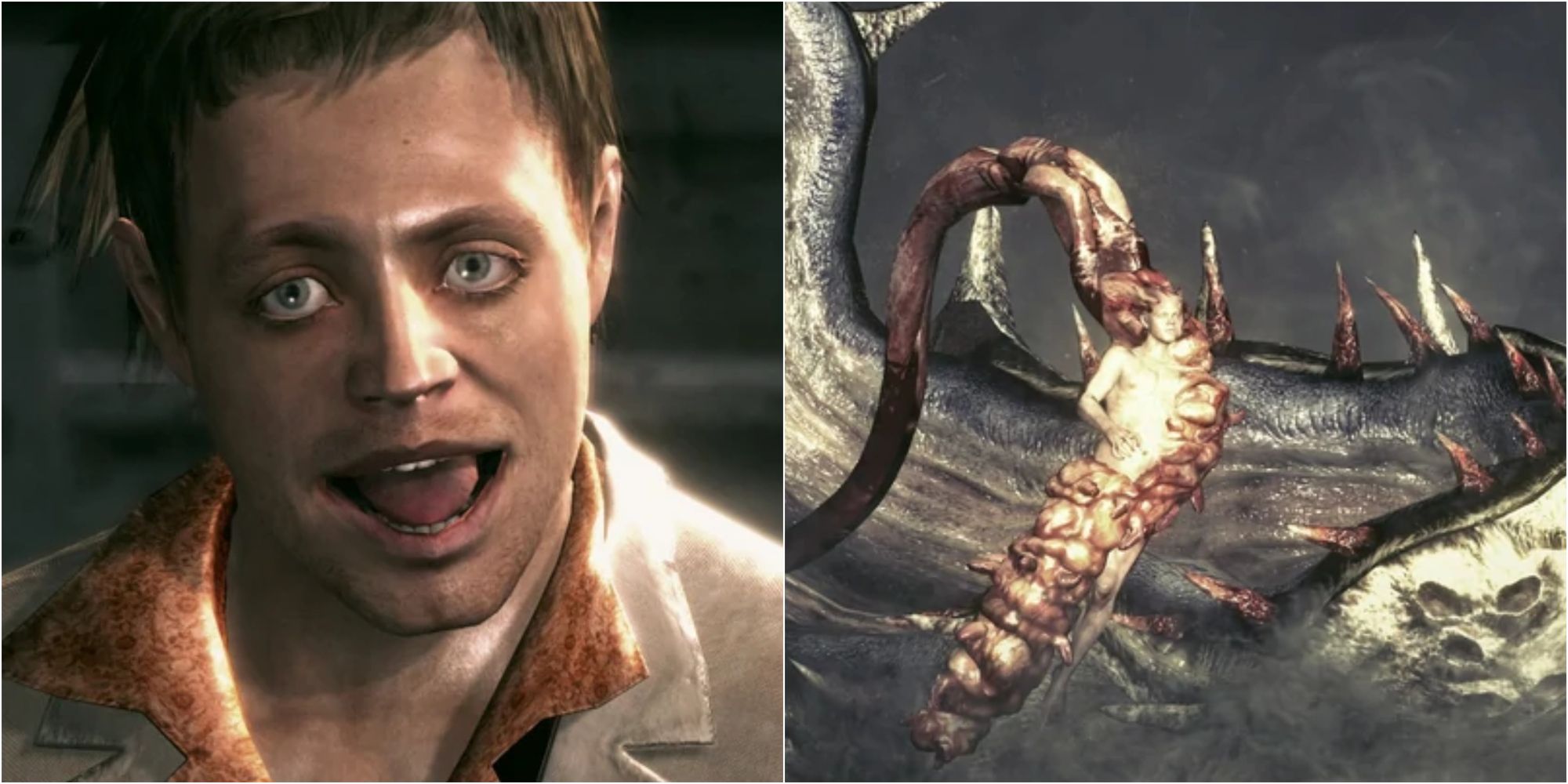 Irving from Resident Evil 5 looks a little disturbing after injecting himself with the ouroboros virus. Still, he seems a little too similar to the frogfish monster from the Spongebob Squarepants movie.

What makes him even sillier is that the top half of his body stays intact after transforming, so he talks while the player fights him and just won't shut up. Luckily, this stops later in the fight, so it's easier to focus on the battle. Sure, Irving's final form is a bit scarier, particularly to those afraid of the ocean and giant mollusks, but at that point, it's hard to forget the chatterbox he was before becoming fully mutated.

6 Name – The House Of The Dead 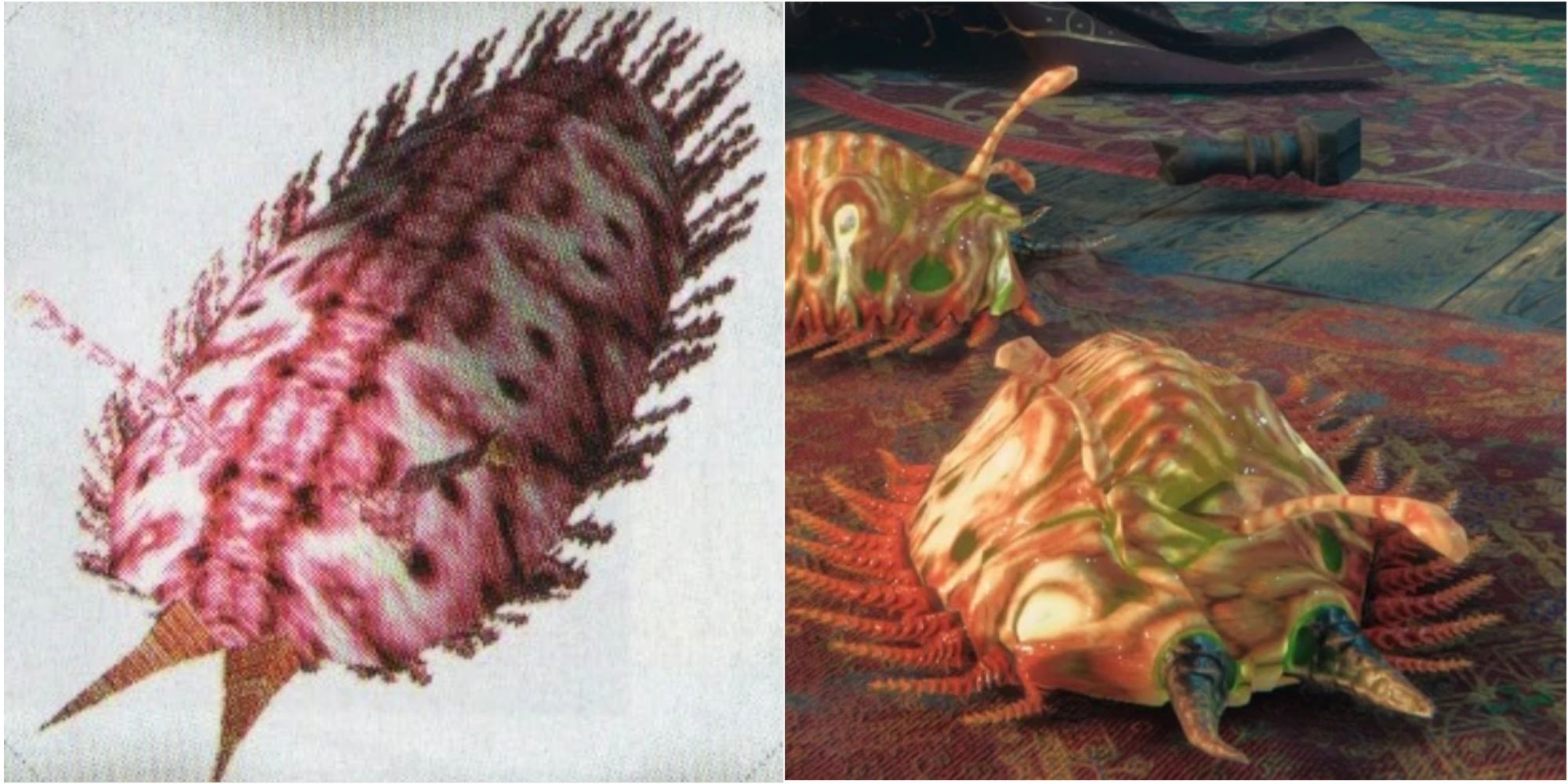 This enemy only briefly appears in the first The House of the Dead game and its remake, never to show up again. Name are slugs infected by the Curien virus that can be killed in one shot. Unlike your typical garden slug, Name can jump and bite, but in the end, they're still just slugs.

The Curien virus-infected spiders and worms that also die in one hit, known as Tarans and Murrers, respectively, are much creepier due to the real-life creatures they are based on. Since Name only appear in the first game and the remake, it wouldn't be surprising if the developers decided not to include them in later entries just because they're so lame. 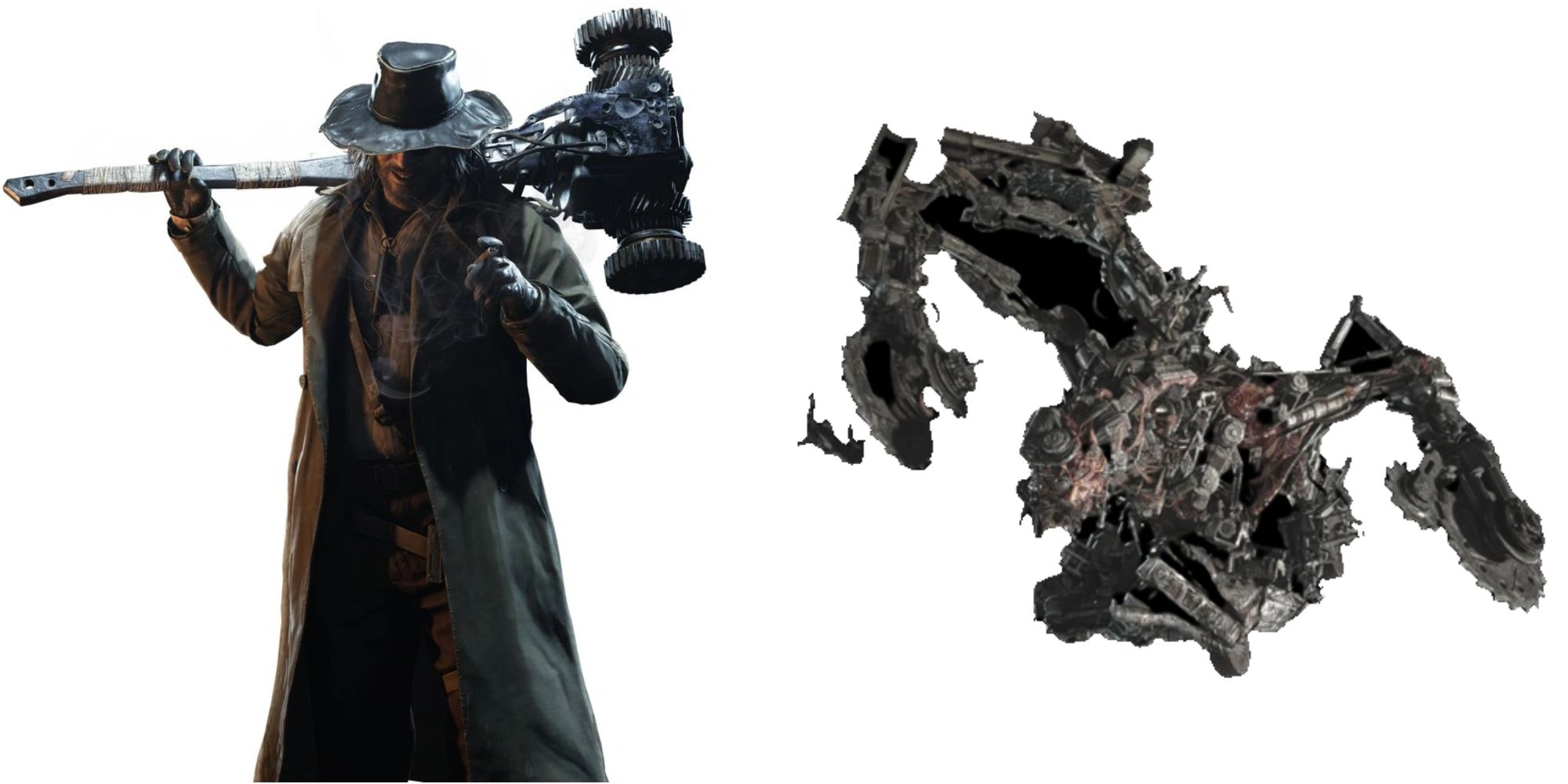 Karl Heisenberg is one of the antagonists in Resident Evil Village. In his human form, Heisenberg looks like someone cosplaying Lord Gascoigne from Bloodborne, but human villains have always been present in the Resident Evil series since the beginning.

However, his fully mutated form is entirely different from Gascoigne's beastly second form. Instead, Heisenberg transforms into a heaping mass of metal and buzzsaws that looks like it came straight from Michael Bay's Transformers film series. Due to this, Heisenberg's mutated form severely lacks the scare factor it could and should have. 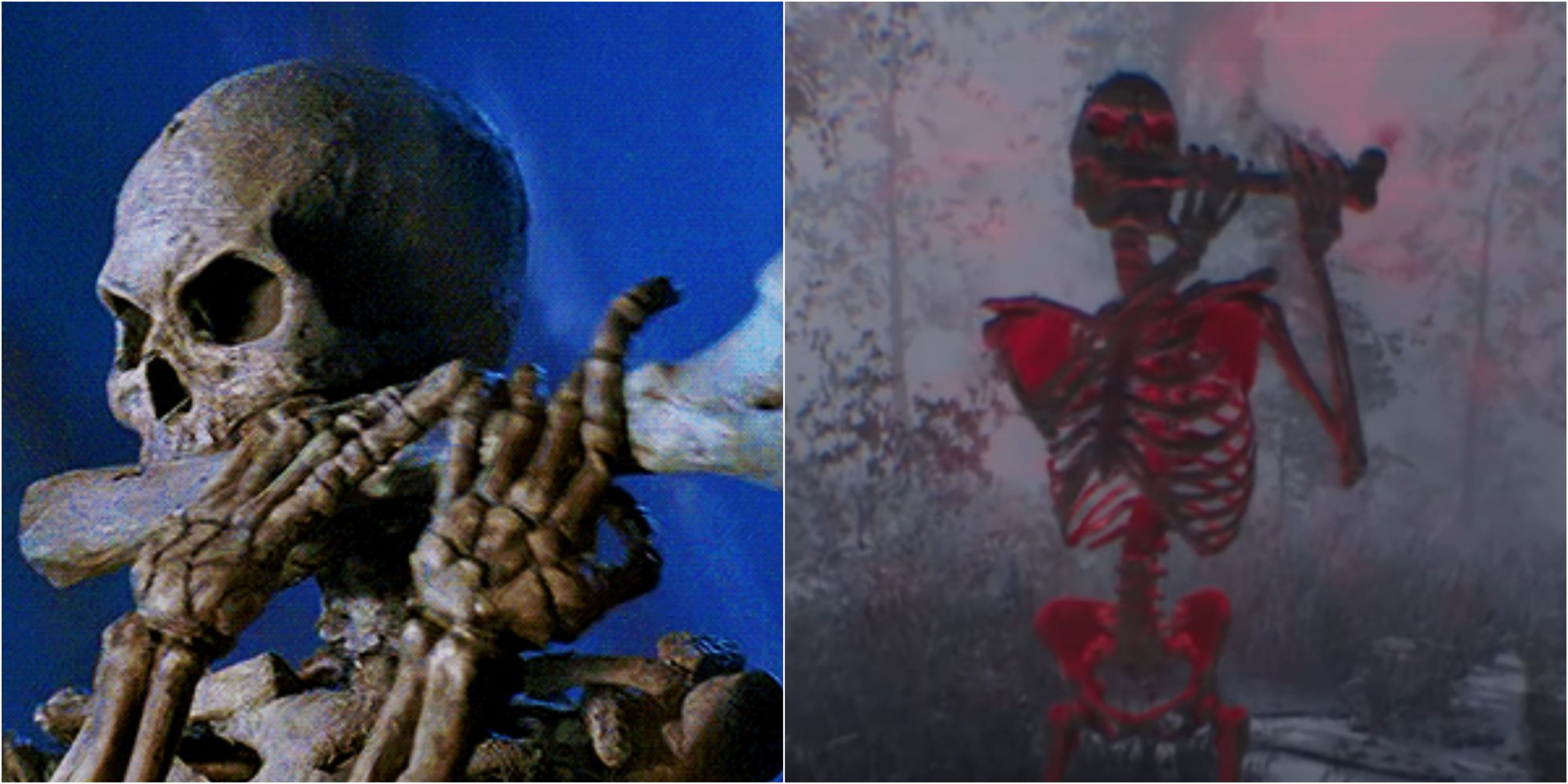 Due to the humor seen throughout the Evil Dead series, the Flute Skeleton from Evil Dead The Game is likely to be intentionally silly. First appearing in the 1993 film Army Of Darkness, Flute Skeletons provide support for their demon allies by playing their femur bone flute, which causes a debuff for Survivor players that will not be deactivated until they have killed the skeleton.

The funniest part? The flute skeleton plays a sour note when it dies, making it even more cartoonish than it already was. It may be a silly enemy, but at least it's intentional in this specific case. 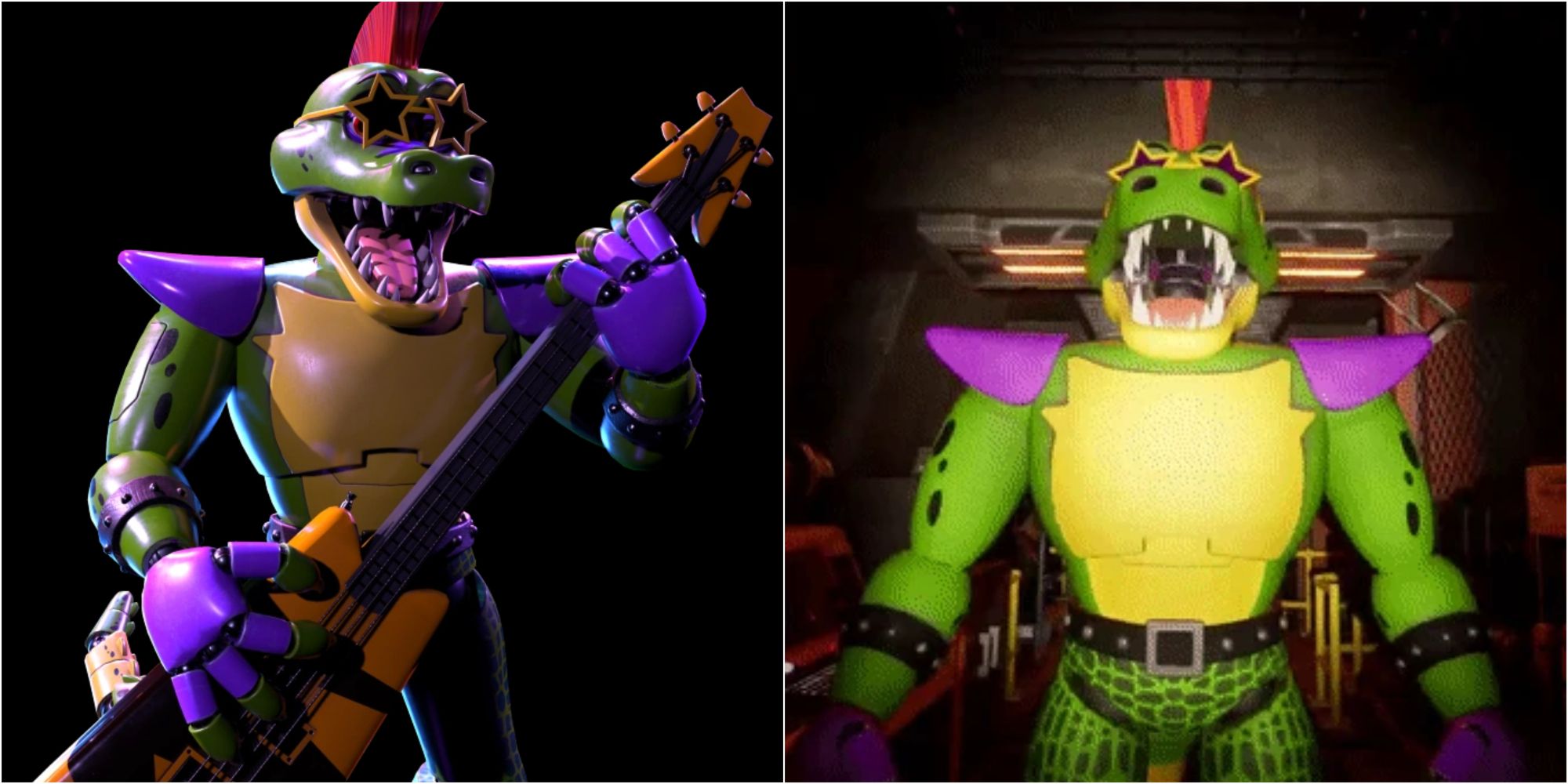 As creepy as the animatronics from the Five Nights At Freddy's series can be, it's difficult to take Montgomery Gator seriously. This character might feel more at home in a Cartoon Network cartoon than in a survival horror game between the bright green scales, purple shoulder pads and gloves, red mohawk, and star-shaped sunglasses. 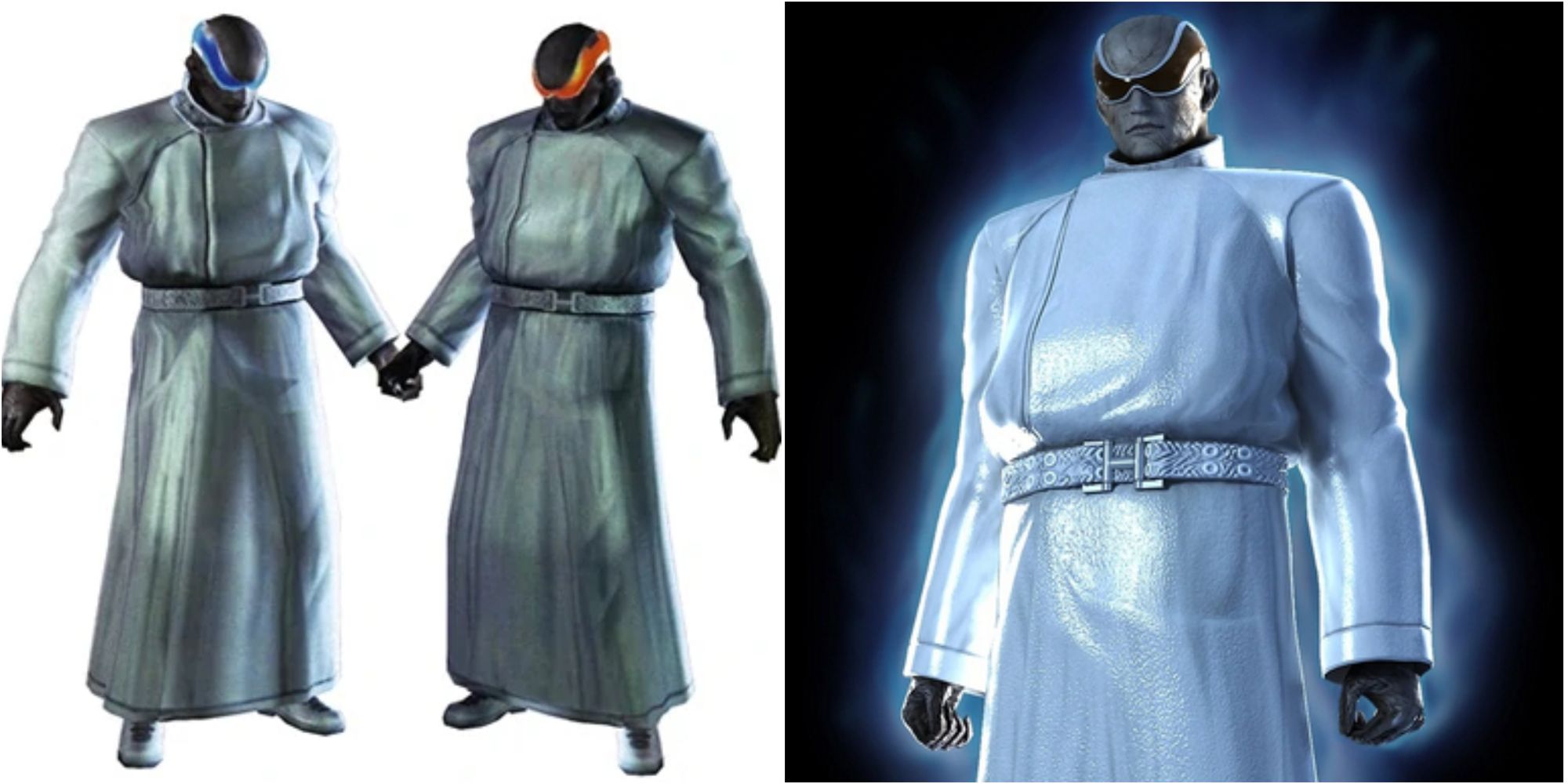 Ivan is one of the least terrifying enemies in the Resident Evil series, but he only appears in the lightgun spin-off of Resident Evil The Darkside Chronicles. Ivans are re-engineered versions of the T-103 Tyrant. Their purpose is to serve as a bodyguard for Sergei Vladimir, which is why they have a more humanlike and less monstrous appearance compared to their predecessors.

While re-engineering past enemies to serve humans is cool, why were the Ivans given an outfit that is essentially priest robes rather than something more fitting to their role as bodyguards? A cool concept in theory but poorly executed. 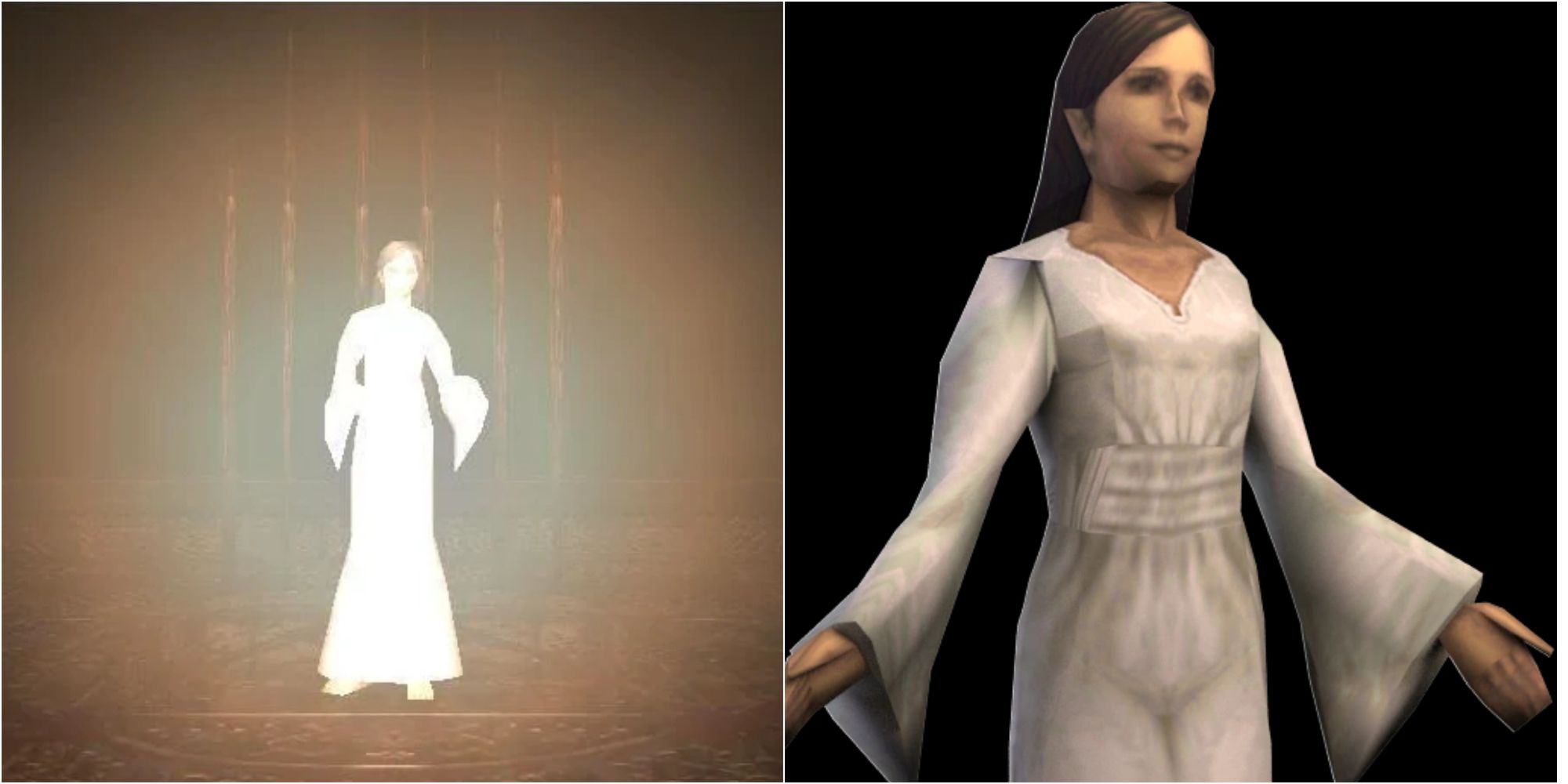 While the Incubator appears in all endings of the original Silent Hill, the player only has to fight against her in the two bad endings, which aren't considered canon. The Incubator appears if the main character Harry Mason has not completed a specific side quest and is the result of Alessa Gillespie and Cheryl Mason combining with a mysterious God. The Incubator appears with an angelic light and wears white robes, but in old PlayStation graphics, she looks very reminiscent of Mr. Burns in the season eight episodes of The Simpsons, The Springfield Files, where the character also has a bright glow and white robes but is mistaken for an alien.

Terraria Hits A Huge Sales Milestone And Celebrates With A Sale