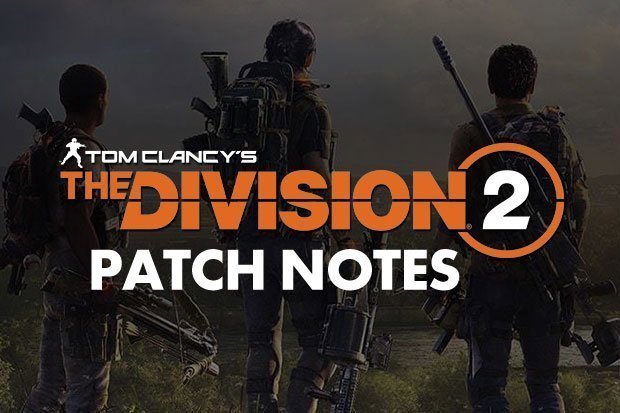 The Division 2 is down this morning as Ubisoft sets to work updating the game with some important changes and fixes to the game.

Soon enough the game will come back online too, and with it, these new changes will be live in-game.

In the meantime, keep reading to take a look at those official patch notes, as released by Ubisoft’s community manager, Ubi-Johan, on the games official forum.

• Changed the Clan Member UI colour to not conflict with Elite enemies.

• Changed Push-to-Talk to be the default VOIP setting.

• Reduced the UI flickering effect present in the menu.

• Fixed abnormal skill behaviour when equipping a skill after having switched to a grenade.

• Fixed instances of skills going on cool down when deploying a shield.

• Fixed an issue where multiple Cluster Seeker Mines could be deployed in short succession.

• Fixed an issue where donating a weapon with mods attached would remove the mods from the players inventory.

• Fixed daily and weekly missions not resetting for offline players.

• Improvements made to Co-op health scaling.

• Fixed an issue where armour/gear scaling would not take World Tiers into account.

• Fixed players potentially becoming stuck on the “Meet The Division Coordinator” objective after having played in Co-op.

• Fixed an issue that would allow players to upgrade neutral control points.

• Fixed an issue that would cause low level players to gain unintended amounts of XP by completing side missions with a high level group member.

• Fixed “Navigate Categories” and “Mark as Junk” being bound to the same button in some occurrences.

• Fixed an issue where the HDR setting slider would not move.