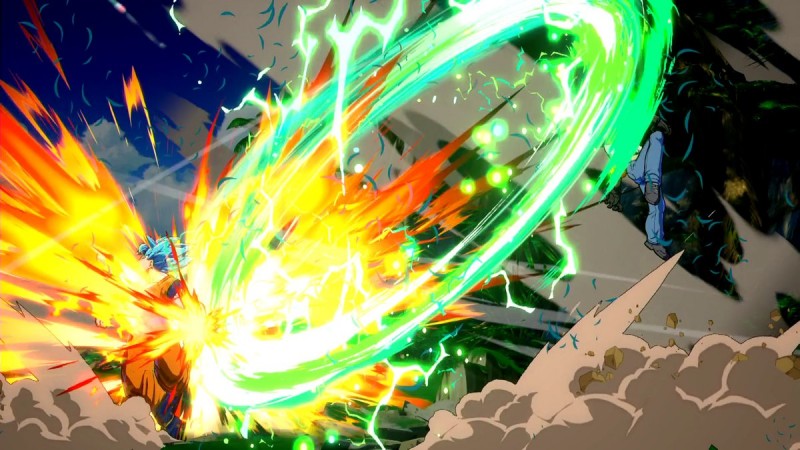 We are already deep into season two of Dragon Ball FighterZ’s DLC, with announced characters like Videl, Broly, and the already-released Dragon Ball GT Goku in the second season. Curiously, Bandai Namco has held back on announcing the final character for the season so far, but it might been accidentally leaked thanks to Microsoft.

During a recent episode of This Week on Xbox, Microsoft’s Larry “Major Nelson” Hryb talks about new Dragon Ball FighterZ content. He refers to new skins, though it is not clear what that means, but he likely means characters for download as he mentions Dragon Ball GT Goku first. Then, curiously, he says Janemba, the villain from the 1995 Dragon Ball Z movie Fusion Reborn.

You can hear him say this in the video below at the 3:20.

It’s not quite clear what Major Nelson meant here. It is possibly Hryb is merely just a giant Dragon Ball Z fan and always has Janemba on his mind, but that doesn’t seem especially likely. For whatever reason, the name was in his script for DLC to talk about during the FighterZ segment, which might mean Bandai Namco accidentally slipped it in there assuming an announcement was supposed to be made by now.

Regardless, it’s a little odd they haven’t revealed the final character yet, though maybe they planned to just keep silent for a big EVO reveal in early August or possibly much sooner than that at E3. I’m prepared to riot when it’s not Kefla, but I’ve been prepared for that since they announced season 2 in the first place.

Dragon Ball FighterZ is available on PlayStation 4, Xbox One, Switch, and PC.

Every Butterfly And Moth Pokemon, Ranked