Home » News » The Forgotten City – How To Save Ulpius

The Forgotten City features many intertwining stories and characters, with most of the quests having a ripple effect and stretching out to others. Ulpius' fate in A Permanent Solution and beyond is a great example of this. 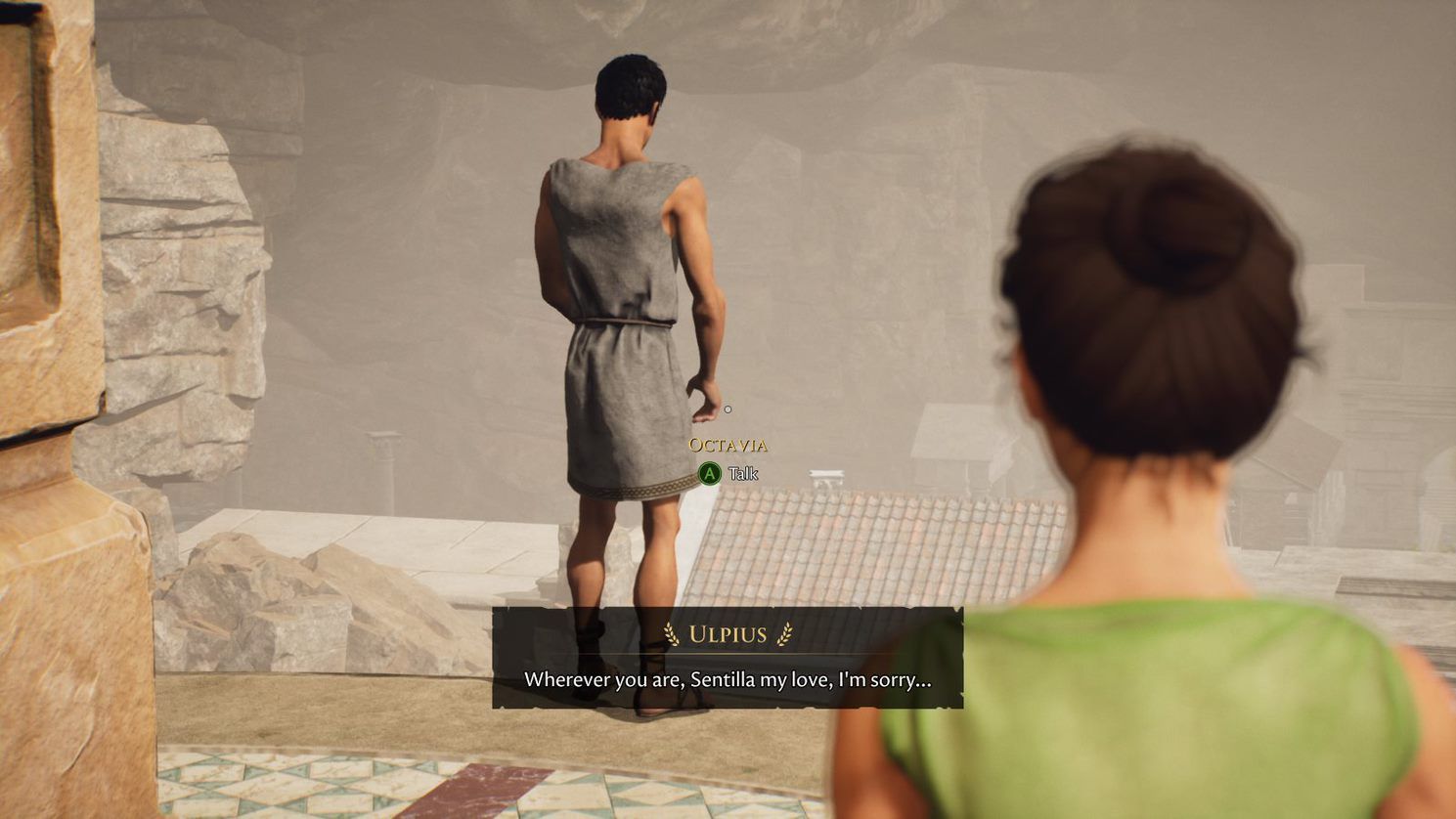 Either during your attempts to get into Malleolus' villa, or just from generally exploring the city, you'll run into Octavia and Ulpius near The Great Temple. Considering some quests late in the game require you to go near The Great Temple, it's going to be pretty hard to avoid these two.

Once there, Octavia will talk to you and you can ask her a few questions. No matter what, if you try and leave the conversation, Ulpius will prepare to jump off the cliff to the villa below. The first time you do this quest, there's no way you can save Ulpius, although as he jumps he'll mention Sentilla's name, which will give you a clue as to how to stop him from jumping.

How To Save Ulpius In The Forgotten City 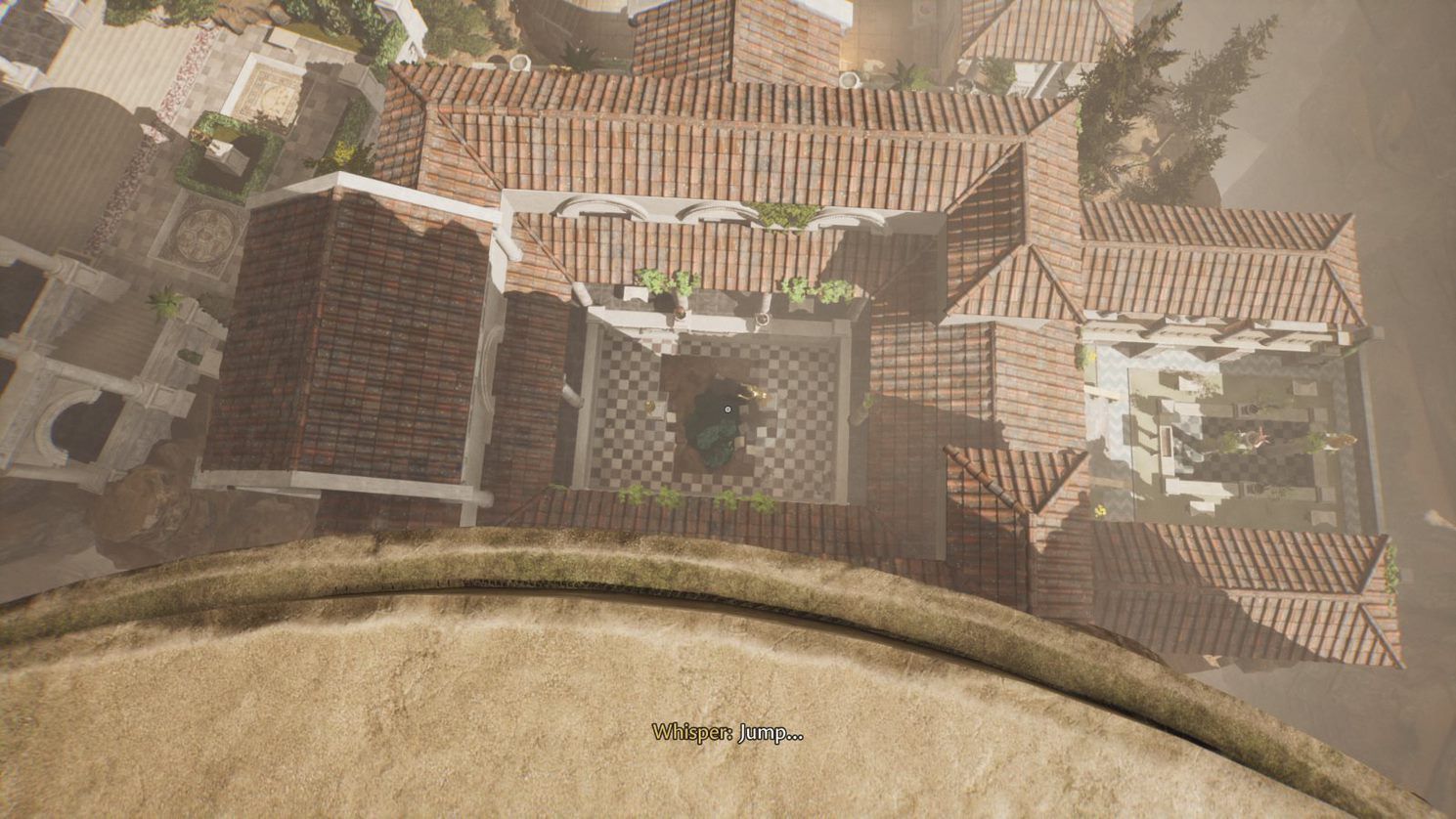 It's important to remember that this is one of the only quests in the game that requires a time loop to complete, as you can only do it after witnessing it go wrong, similarly to getting rid of the assassin and getting the resin from Desius. Once you've seen Ulpius jump the once, you'll first want to jump off after him to get the key to the villa and have access to it on subsequent runs. 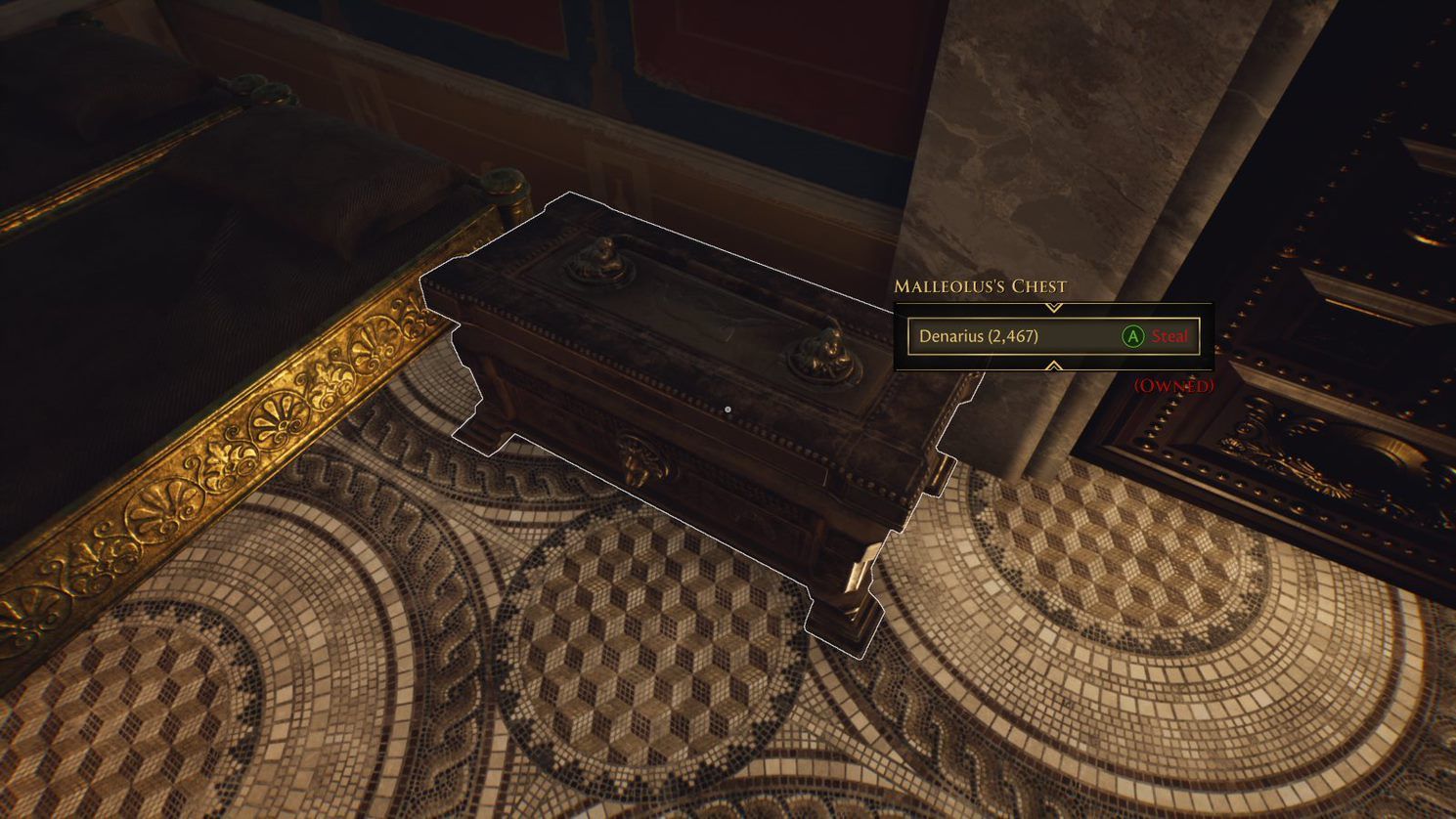 You're also going to want to rob Malleolus of his 2000 denarii while you're in here. You're going to need to reset time anyway to save Ulpius, and one of the things he needs is 2000 denarii to free him from his slavery. To find the denarii, go upstairs to where Malleolus' wife is and steal from the chest right next to her. Alternatively, if you don't want to steal the 2000 denarii from Malleolus' villa, you can also tell Malleolus to free Ulpius and Iulia from their slavery once you've convinced him to drop out of the election.

Before talking to Ulpius, you're also going to want to make sure you've saved Iulia in the "Dying Gasp" quest-line. This quest requires you to get the Silphium Resin from Desius (preferably by stealing) to prevent her from dying. Iulia and Ulpius are both slaves together, so if Ulpius finds out that Iulia is dead, he'll jump no matter what you say. Similarly to other quests, if you've got the Silphium Resin once, you'll have it for every other time loop. 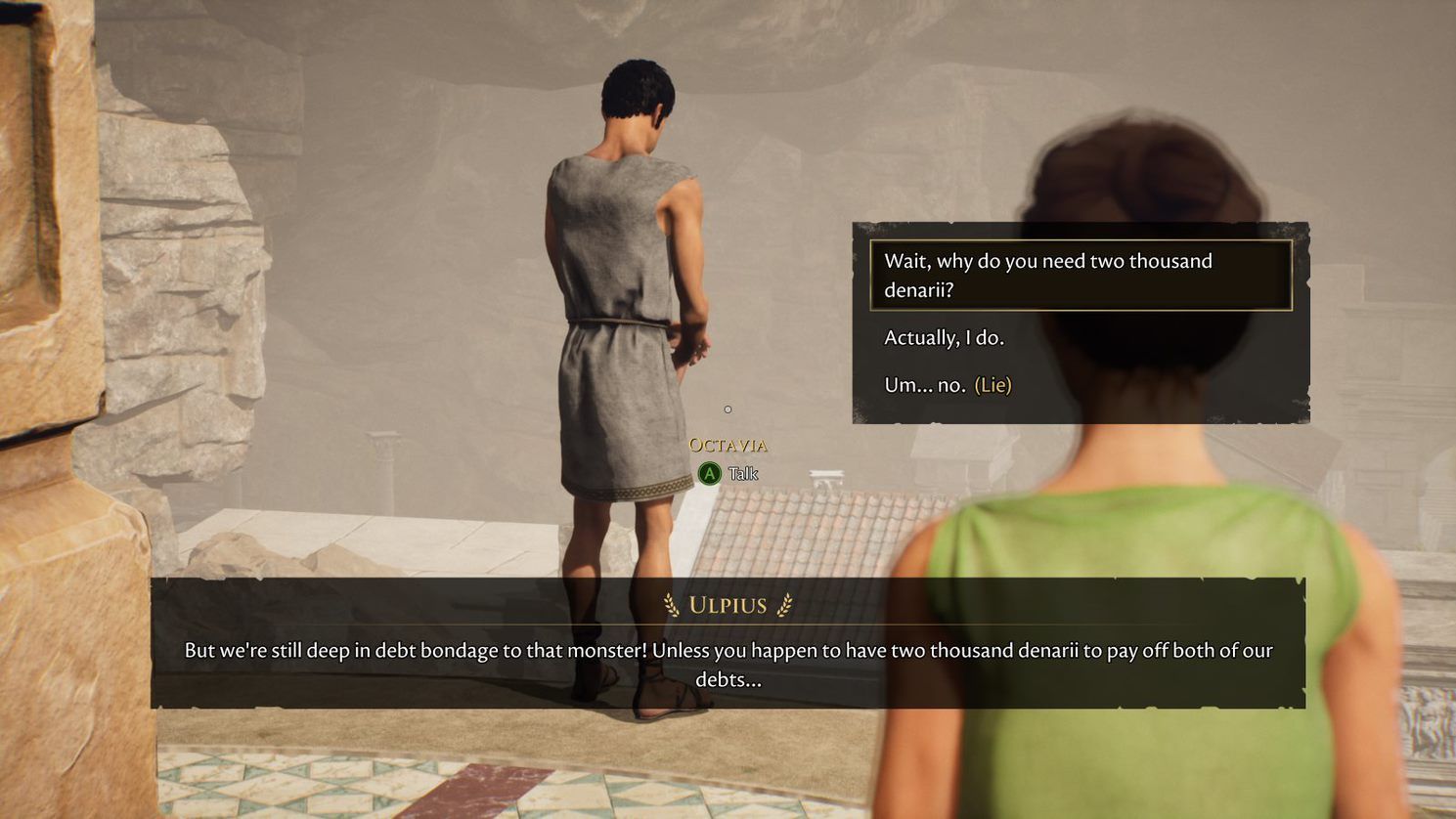 Once you've saved Iulia and rounded up 2000 denarii, go back to where you found Ulpius and Octavia the first time. Talk to Ulpius again and you can now follow this line of conversation to stop him from jumping:

Once you've stopped Ulpius from jumping, you'll have completed the "A Permanent Solution" quest and helped save a few lives in The Forgotten City in the process. Ulpius will then show up if you get the game's fourth ending.

Games Inbox: Who is currently the best video games developer?