The Great War: Western Front was the very first game I saw at Gamescom, and in many ways it set the tone for what this year's showcase was going to be like. While a lot of the big blockbuster studios sat this one out, I found myself most drawn to titles I hadn't given much thought to before. I'm not hugely enamoured by RTS games, and as such I was expecting to be writing about The Great War in a purely professional sense. Here's what the game does, here's its gimmick, here's a picture from the game, the end. But seeing the preview, and especially talking to developers Frank Klepacki and Chris Becker, I found myself being drawn into the world much more.

The most compelling thing about The Great War is that you cannot win, you can only lose by a lesser degree than your opponent loses. Much like the First World War, the game is an arduous affair about winning by inches, knowing when to stop and conserve your resources, and about maintaining morale in the most difficult and dreary of conditions. In the gameplay demo, Becker had claimed an enemy base, but decided not to push on and claim the other two in what would have been a complete and undeniable victory – because in doing so he would have lost far more men and destroyed his own tanks, meaning future battles would have been all the more difficult. It's an interesting approach, and one that asks for a lot of patience – especially as the first RTS game to embrace trench battles. Still, RTS fans are used to meticulous pacing.

"There's a handful of RTS that have touched on World War One, but they really haven't gone into the heart of World War One," Becker says. "They just kind of gloss over it. And for us, [trench warfare] was a challenge that we were excited to look at. On the strategic level, you have plenty of turn-based games that will push that war of inches. But the only time you see it realistically in real time is more shooters and stuff like that. So we wanted to take this RTS, and push that angle, the idea that you're going from one trench to the next." 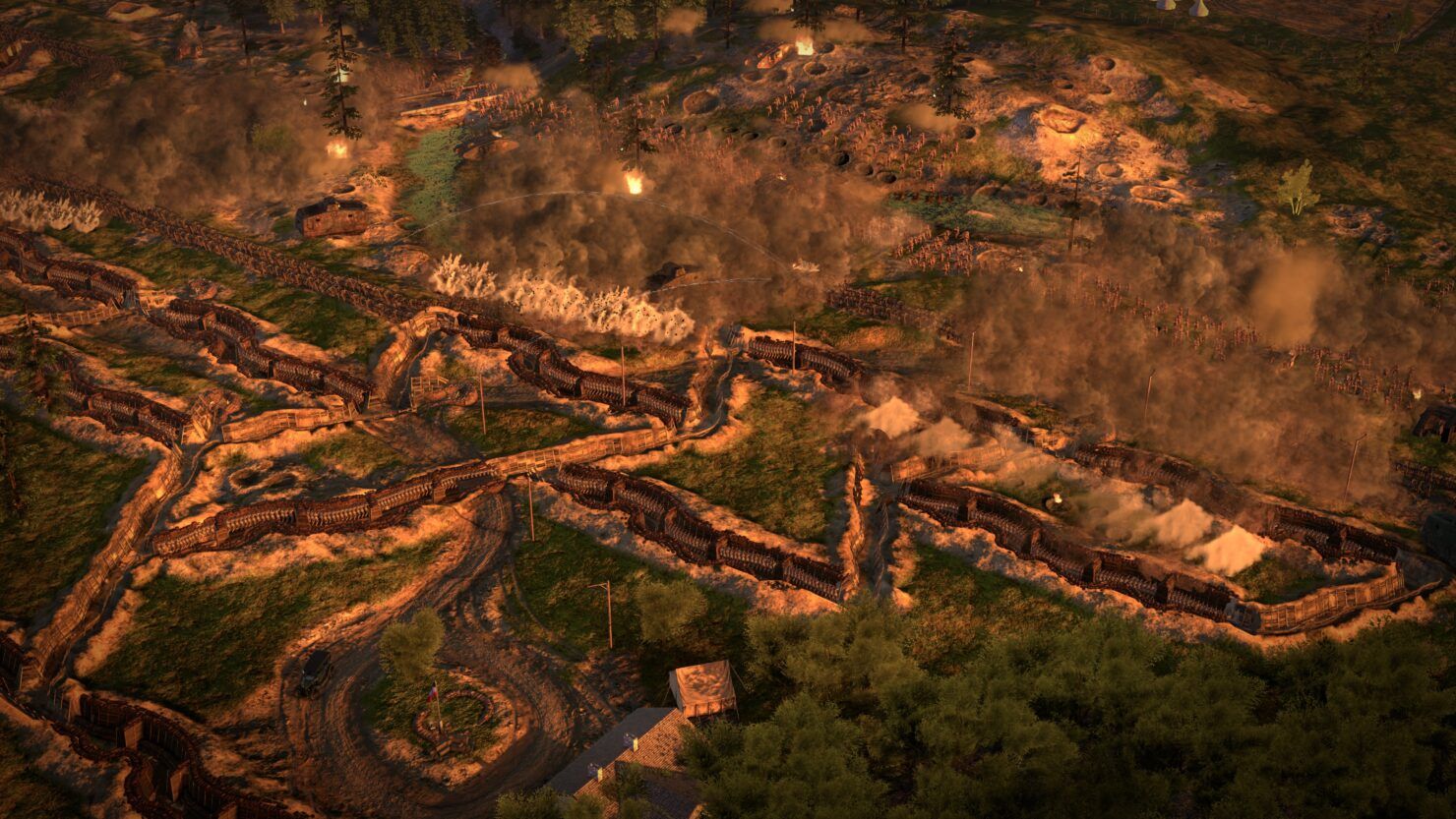 Even when you 'lose', there's a marginal victory system in the game. The idea is that the soldiers know a single battle will not end the war, so they understand as well as you do as the omniscient player that you have won even without winning. The idea of loss as a victory is not the only way the game is trying to be more authentic and avoid the glorification of war – it also uses real footage from the battles, used in conjunction with the Imperial War Museum, as well as an archive of historical context and education. "One of the areas we work with the Lord museum pretty closely is an encyclopaedia," Becker says. "All the game elements have a tie back to something in history that you can read about in our in-game encyclopaedia."

Obviously given the period, these films are silent. To make them more visceral for the player though, the team behind The Great War has used period accurate sound effects, and Klepacki explained how these came together. "You have to a) research the exact weaponry and b) if you can find those things, then will be one option is to field record them and actually get the legit sounds if they're available,” he says, adding that the sounds can be technically recreated by using the most similar available weaponry or bullet shells, which requires an even greater level of research. 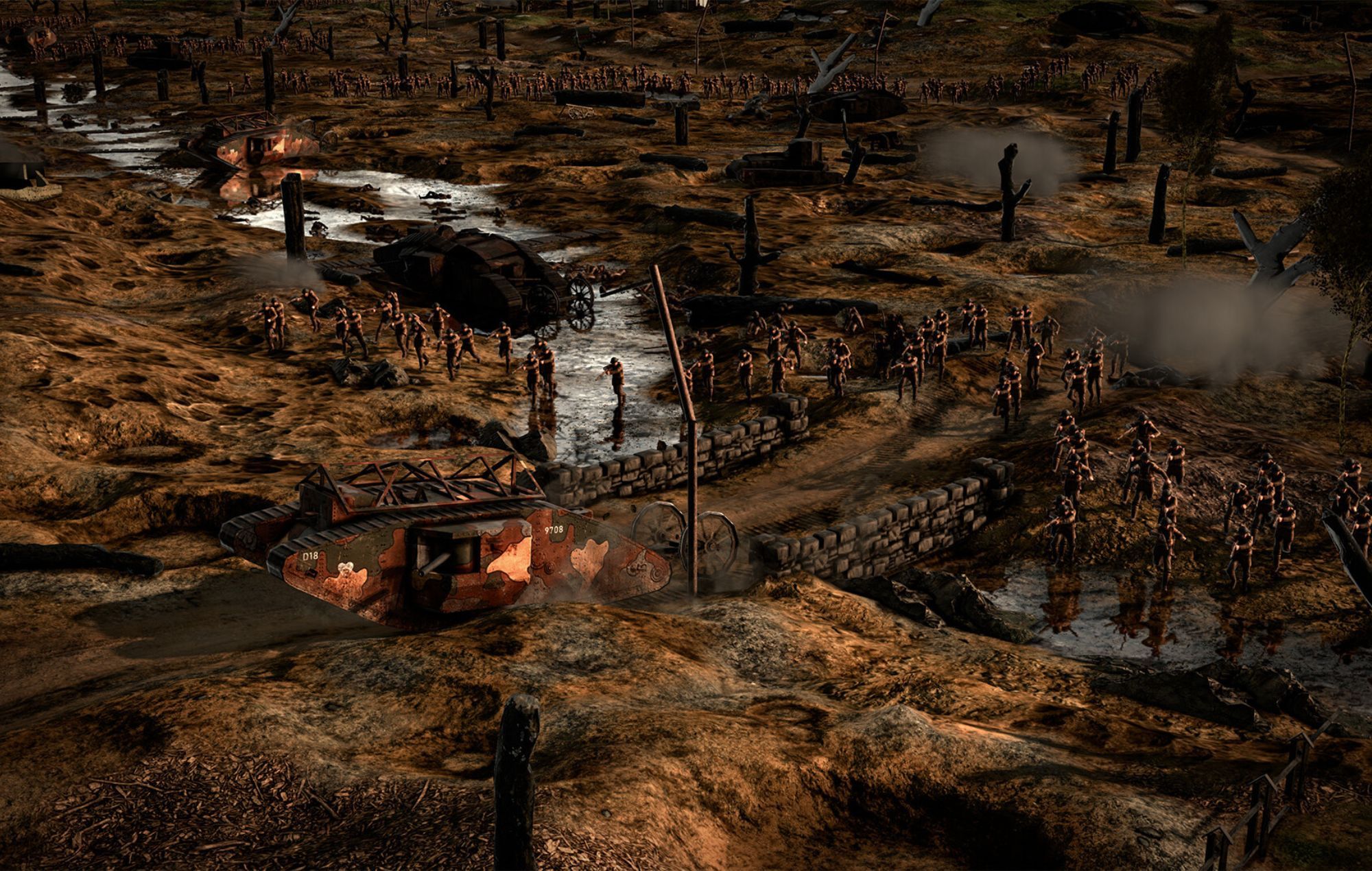 Within the game, players can choose to start in 1914 and work their way through the early stages of the war, or jump to 1916 when the fires of Europe are blazing. Either way, players are encouraged to complete challenges to mimic real-life turns in the tide, but can also choose to rewrite history in their own direction. You'll find out more when The Great War launches in 2023.

Ghostbusters: The Video Game Remastered listed for Xbox One

Grab Quake 3 For Free On PC Before It's Gone Tomorrow