Fate has an interesting way of bringing people together. For instance, consider the circumstances that bind the dignified Elisabeth Blactorche, flamboyant Ash Crimson, and brash Kukri in The King Of Fighters 15.

In the events leading to KOF15, Kukri helped Elisabeth find Ash after Ash rose from the dead. Now, upon the reappearance of his deceased mentor, Dolores, Kukri recruits Elisabeth and Ash to fight in the latest KOF tournament and find his teacher. Want to learn the truth behind Dolores's resurrection? In this guide, we'll teach you how to play Team Ash so you can find out!

All the stats in this article come from SNK's The King Of Fighters 15 official website. This site is an excellent resource for new and veteran players to learn more about their fighters, as well as pick up juicy bits of story that you can't find anywhere else!

All stat grades are rated out of five, represented visually (with green squares) and numerically. 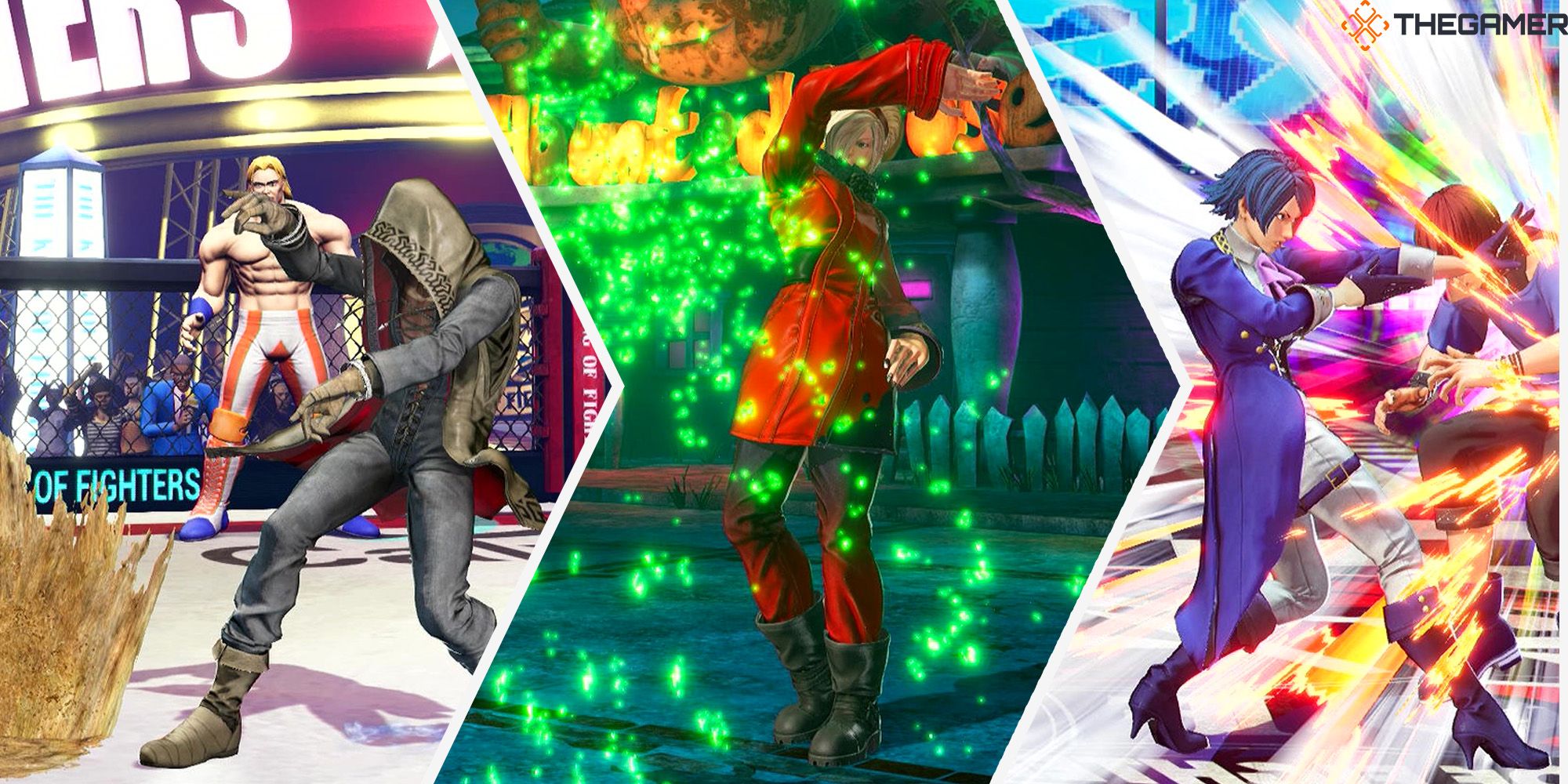 Team Ash has less offensive power and speed than other teams in KOF15. However, they make up for these weaknesses with extraordinary defensive capabilities. Furthermore, once an opponent is in their reach, these fighters have fantastic juggling capabilities!

In turn, because Team Ash's members work better with a bait and switch strategy, they also take more time to learn. Ash primarily uses charge attacks that you'll need to incorporate into battles without getting cornered. Elisabeth, a slow and deliberate fighter, relies on patience from the player. Lastly, Kukri has great zoning and rush-down potential, but it comes with a steep learning curve. 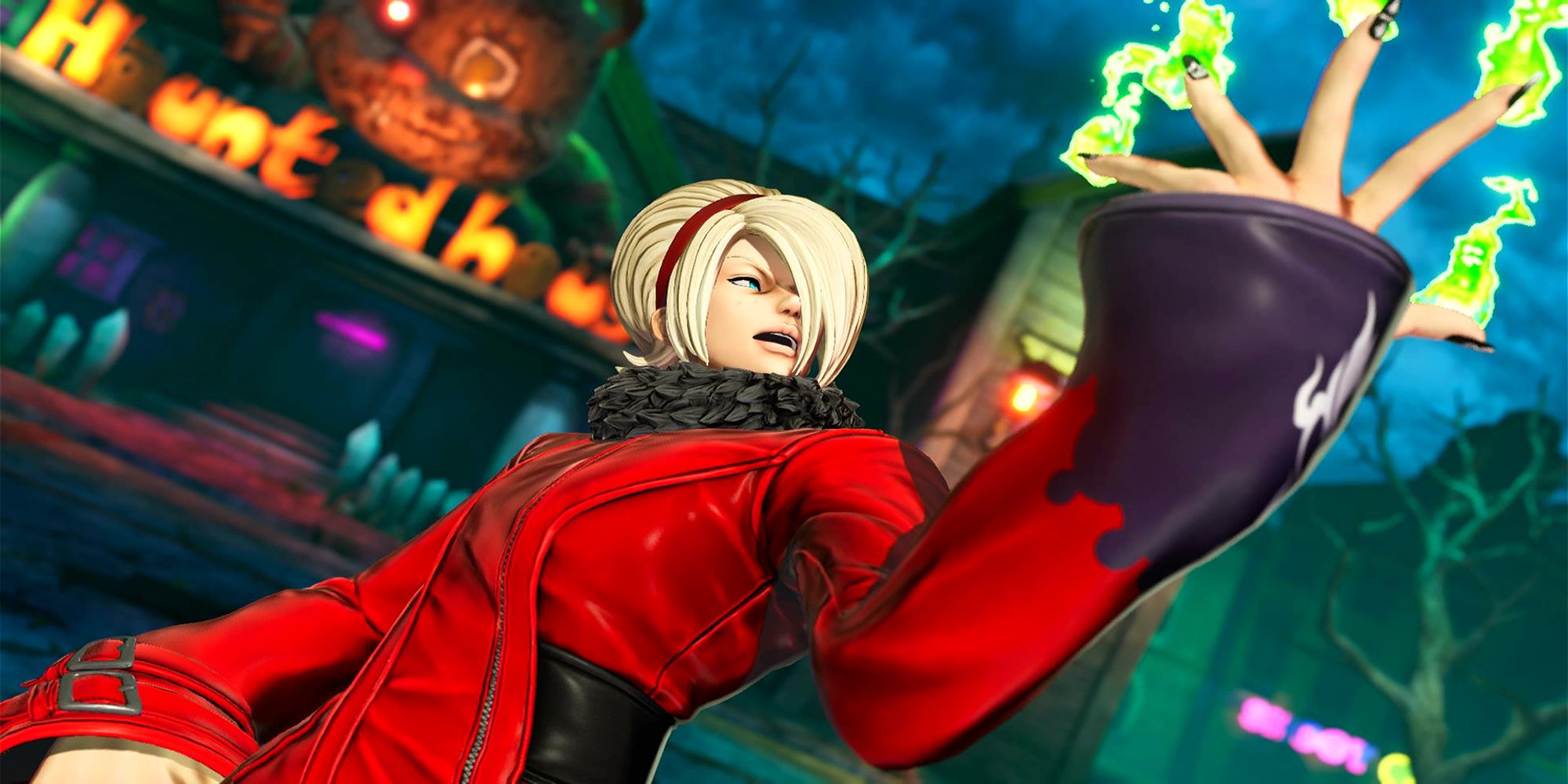 Like most charge characters in fighting games, Ash plays best from a defensive stance. However, once he contacts an opponent, he can apply significant offensive pressure. For instance, Germinal Caprice closes space between Ash and his opponent and makes a fantastic launcher. From there, you can use Ventose to trap your foe in a juggle combo.

Still, Ash can also work well from a far range. His projectile, Ventose, has similar qualities to Guile's Sonic Boom from the Street Fighter series. What's great about this attack is that it can travel across the stage, even when it's activated with a light punch. Unfortunately, however, it also travels very slow.

So, how can you work with Ventose's slower speed? The quick answer is to spam the EX version since it moves significantly faster. However, we encourage you to get creative. One great asset about Ventose's slow speed is that you'll have enough time to approach your opponent and add some follow-up attacks to Ventose after it hits.

Another significant ability of Ash's is the Sans-culotte. This Super Special move gives Ash the ability to use simple inputs for his charge attacks in exchange for two blocks of power gauge. In other words, you can activate attacks like Ventose and Nivose with two quick flicks of the joystick.

With Sans-culotte in mind, saving Ash for your finisher position makes sense. With five power gauge blocks on hand, you can deal a lot of damage with the Sans-culotte's quick inputs working in tandem with super, advanced, and max cancels. Plus, since he is a more uncomplicated character, Ash is less overwhelming to manage under pressure. 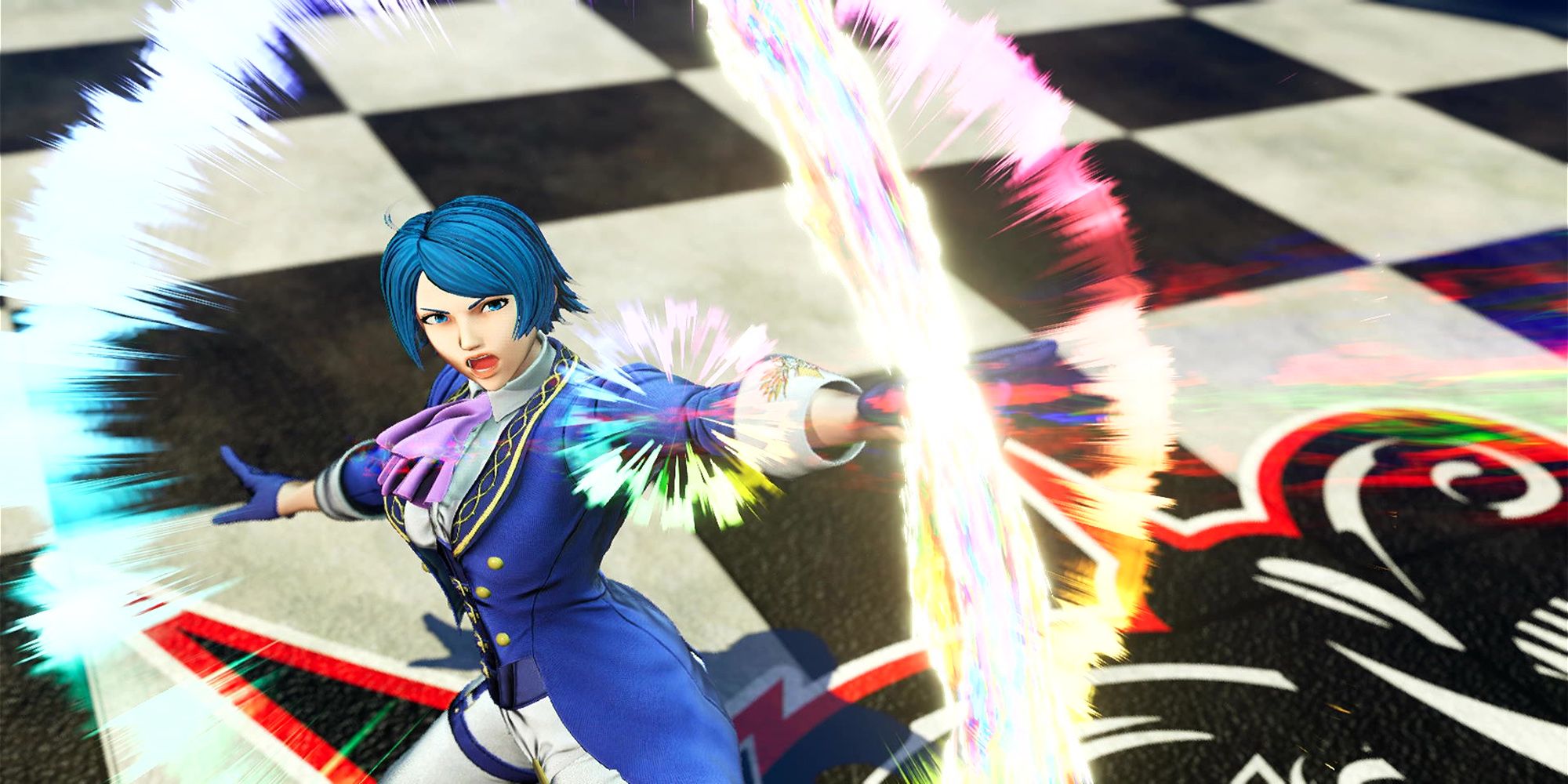 Elisabeth is an equally straightforward and frustrating character to operate. On the one hand, her move set is easy to learn. On the other hand, these moves do not have much reach. If you're the kind of player who enjoys charging forward with the first attack, you'll have a hard time understanding Elisabeth at first.

When it comes to Elisabeth, the keyword to heed is patience. You have to allow your prey to come to you. For example, try taking Elisabeth into versus mode with a speedy character like Chris. If you run forward and try to engage with him right away, you'll get owned. However, if you wait for Chris to head towards you, you can punish him with moves like Illusion and Aurore.

In turn, along with patience, you'll need to study your foe closely to get the most out of Elisabeth. For instance, Illusion requires you to time your input with the first frames of your opponent's attack. However, Elisabeth will perform an evasive cross-up if you successfully manage it. While the movement itself isn't damaging, you could use it to transition into other punishing attacks.

However, while you're getting used to Elisabeth, it makes sense to get acquainted with her ranged projectile, Étincelle. Étincelle is a good attack for playing from a distance, which you'll want to do while you learn how to use Elisabeth up-close. Still, Étincelle has two fixed distances, which you'll need to memorize or risk missing your opponent entirely.

If you're an offensive player, you can transition into understanding Elisabeth by learning moves like Coup • de • Vent and Grêle. Coup • de • Vent, especially, is a great launcher that can lead to some effective juggling.

Considering that Elisabeth's playstyle relies more on observation, it makes sense to make her your point. She is not the most valuable player to lose early on, and you can use her defensive tactics to learn how your opponent fights in battle. 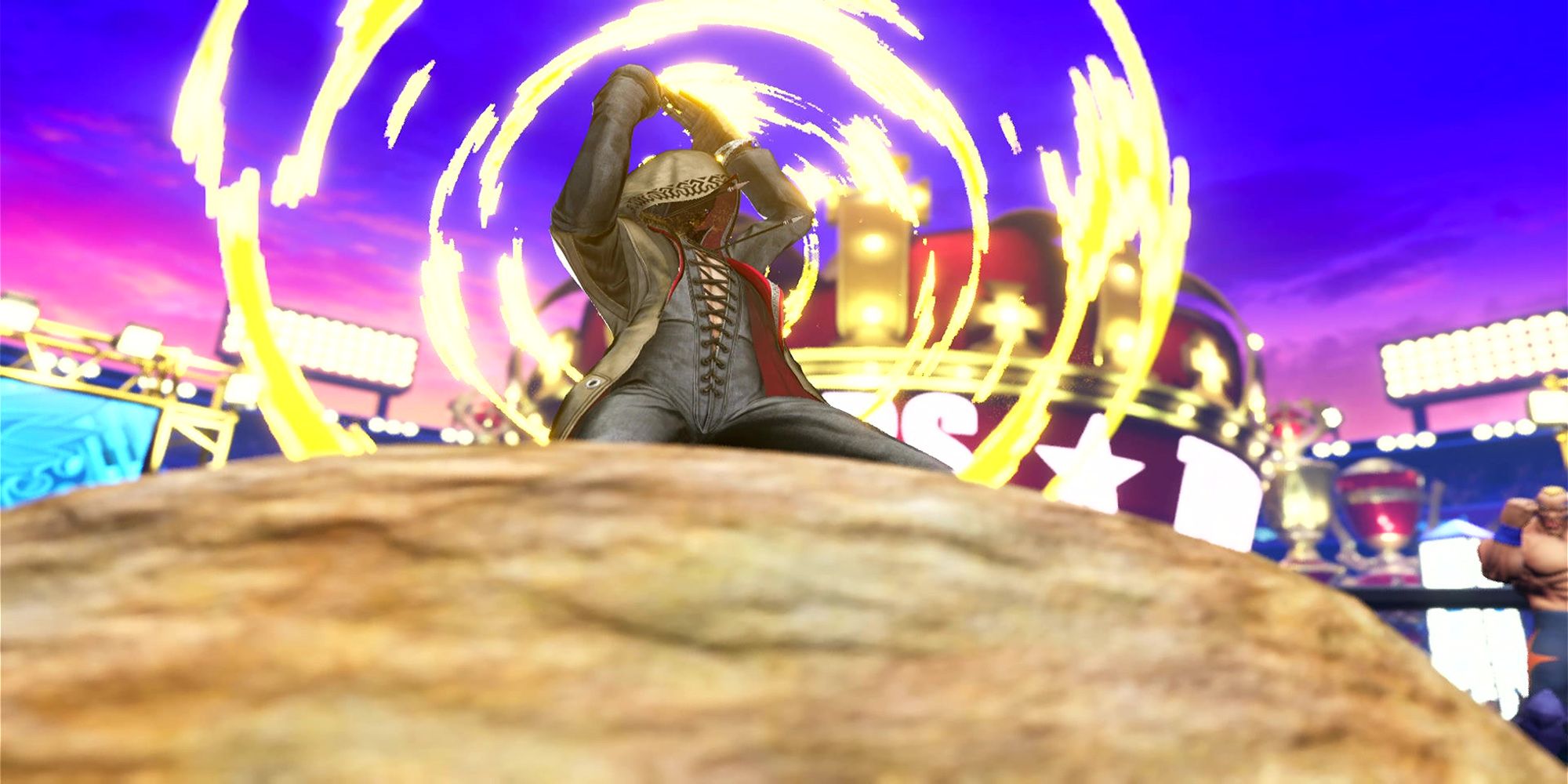 However, with his more balanced move set comes more details to remember. Specifically, we're referring to each attack's range and traveling capabilities.

Consider, for instance, the Nessa Chugeki. This attack does not cover many ranges, but its three versions have somewhat nuanced differences. First, the light Nessa Chugeki lands in front of Kukri. Meanwhile, the heavy version of this attack lands a few feet away from Kukri. Lastly, the EX version has the same range as the heavy version, but it launches opponents higher.

Granted, you could likely get away with not knowing these details in easier matches. However, as you face more formidable opponents who know how to make use of space, you'll want to remember where these attacks land to avoid getting punished.

Furthermore, you'll find more flexibility as Kukri once you learn these details. For instance, Nessa Senpuu works as a solid close-range attack. However, the EX Nessa Senpuu travels fastly across the stage, making it a great option to evade forward jumping opponents trying to land an overhead attack.

Considering Kukri has more safe options for approaching opponents but less offensive power than Ash, you may want him as your mid. This way, you can use the intel you learned about your foes as Elisabeth to inform your offensive maneuvers as Ash.

Amazon Just Launched An Awesome Sale On Switch, PS4, And Xbox One Games