Home » News » The Sims: A Complete History Of The Caliente Family

There's maybe no family in The Sims with a history as varied as the Calientes. In some games, Nina and Dina live together and compete for the attention of the womanizing Don Lothario. Sometimes, they're the result of an alien abduction. Others, they're somehow connected to the disappearance of Bella Goth and are persistent in chasing her husband once she's gone.

But just who are these girls? Why are there so many mysteries surrounding their ever-changing and routinely suspicious backstories? With The Sims timeline as twisted as it is and with the Calientes almost always popping up with a new story, we wanted to look back and try to figure out just who these ladies are. 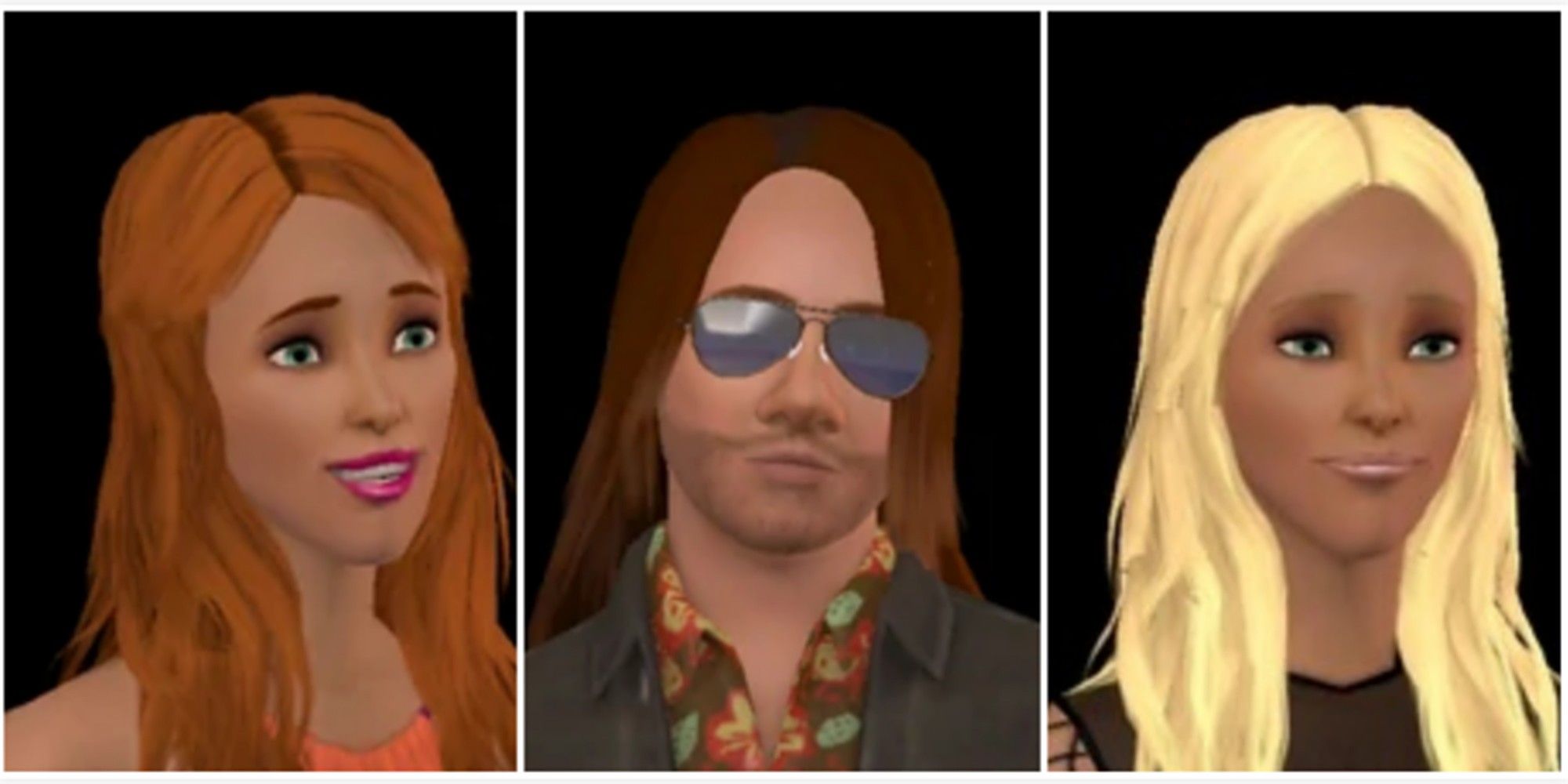 While The Sims 3 is canonically first in the overall Sims timeline, it’s the game that adds more questions than answers for the Calientes. They’re missing from the base game, but are available as a household in Barnacle Bay, one of the neighborhoods available for download from The Sims Store during this era.

Nina and Dina are twin sisters as always, but they’ve also got a third roommate, Luisa Libros. While Luisa tends to stick to herself – her biography says that she’s “intrigued by the wild ride that is living with the Caliente sisters” – Nina and Dina have both gotten around. In fact, Luisa’s bio also says she’s hesitant to bring romantic partners home, all too aware that the twins might try to make a move.

Both of the sisters are romantically involved with Juan Jr. Inkbeard, another Sim that came with Barnacle Bay. He’s an aspiring rock star that’s been driving the girls wild with his constant flirting, and both sisters are attached to him, leading to near constant jealousy in the home. To make things worse, Luisa likes him, too.

When the twins aren’t flirting with Juan, they’re both connected to Jeff Smith, a political intern hell-bent on ruining one of the other families in Barnacle Bay, and Alec Trebo, who’s on the island looking for treasure. Dina is also connected to Richie Radan of Barnacle Bay, while Nina has the hots for his roommate, Rahul Patel.

But the sisters do have lives outside their well-known romantic pursuits as well. Dina is at level five in the Culinary career, while Nina is just starting out in a Sports career. Interestingly, Nina has full Charisma and a level eight writing skill, and without any athletic traits, her career choice raises some questions. Regardless, the Calientes have definitely made a splash – between their work and their romantic notoriety around town. If you’re playing with Late Night, the twins will be four-star celebrities. 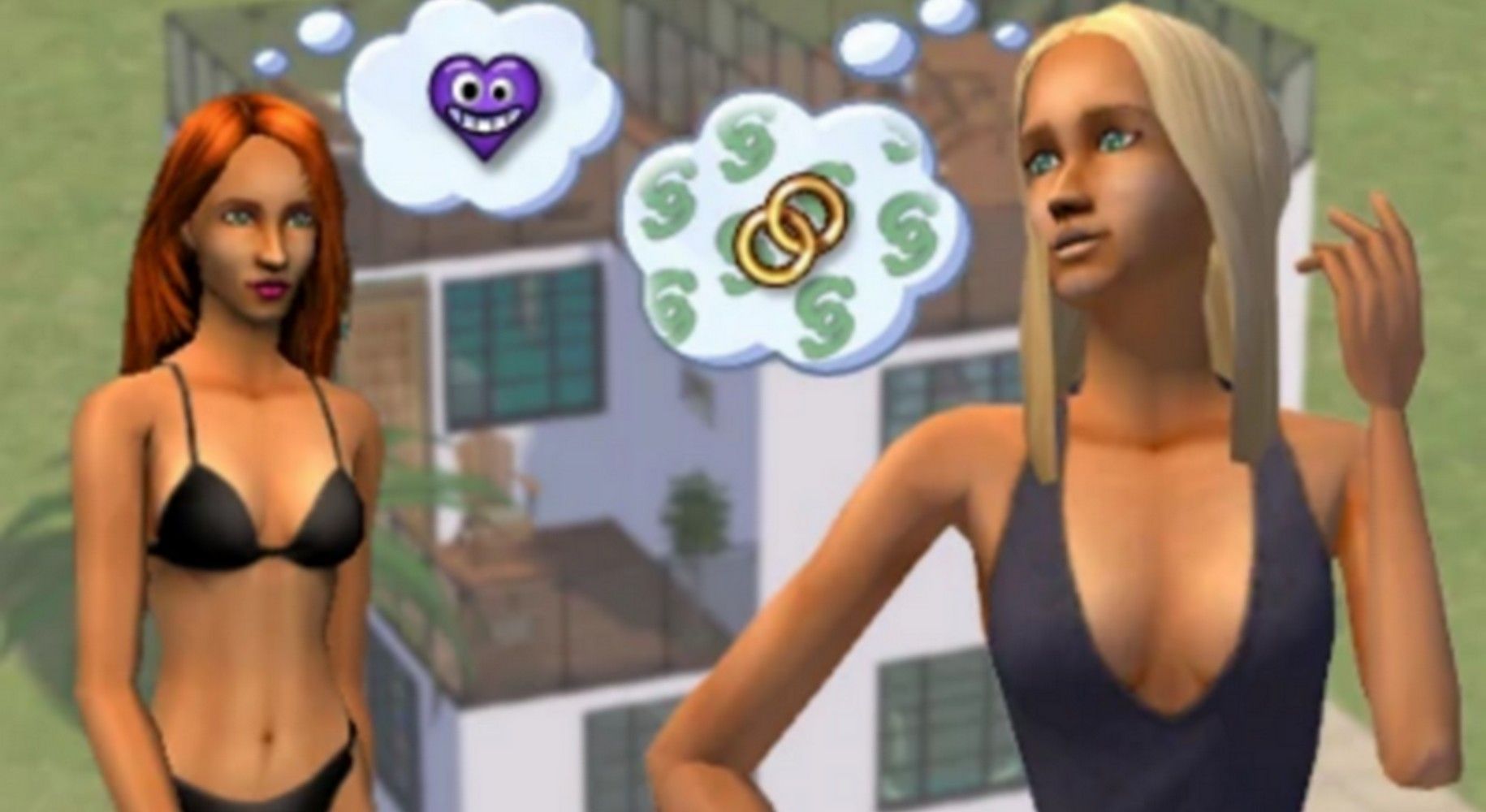 While the original Sims canonically comes next in the twisted timeline for the series, the Caliente family didn’t debut in the base game until The Sims 2. However, the Sims Team definitely introduced them with a bang – they got to Pleasantview the night before Bella Goth mysteriously went missing and make it no secret that they’re attracted to her husband, Mortimer.

But the link between the Calientes and the Goths is well-founded in-game. Bella’s maiden name is Bachelor, which she changed upon marrying Mortimer. However, Bella had a brother, Michael, who’s the late husband of Dina Caliente. The pair married when Michael was an elder and never had children, but Michael’s urn remains in the living room at the Caliente household.

And while the mysteriously vanished Bella has a straightforward backstory, the twins can’t say the same, since they’re part alien in this game. Their father is Flamenco Caliente, whose parents are Nestor Caliente and Pollination Technician 7, making Flamenco half-alien, and the girls a quarter.

Flamenco married Nighat Al Mahmoud and had Nina and Dina. Their family tree and memories suggest that their mother died when they were children, while Flamenco seems to have died only recently when you first load into the Caliente household – he died when they were adults, but the twins are only on their second day of adulthood.

The girls, for as materialistic as they seem to be, begin with very low household funds and no jobs, lending further to the notion that their father has just passed, and they’re on their own as adults for the first time. Dina is the more out-there, playful one of the two, while Nina is far more reserved as they try to figure out their lives.

This is where the infamous love triangle with Don Lothario began. In The Sims 2, he lives next door to them in Pleasantview, and while he’s said to be Nina’s lover, he’s also involved with Dina, too. It seems that neither sister is aware of his infidelities.

But Don isn’t Dina’s only interest – she’s romantically linked to Mortimer Goth as well, despite neither of them having memories of one another to start the game, but the game is clear that she’s something of a gold digger and is hell-bent on marrying Mortimer. When you first load into the Caliente household, the game directs Dina to become engaged to him, saying that she “wants to lay a claim on Mortimer! Don’t wait for him to make the big move! Be aggressive!”

Marrying Dina off to Mortimer on day one is the only way to prevent a burglar from spawning during your first night playing in their family. If Dina is still in the household on night one, a burglar will always spawn that night.

While a burglar alarm is a significant chunk of their low household funds, you’ll actually come out in the black after the burglar’s arrest, making it a worthwhile investment. 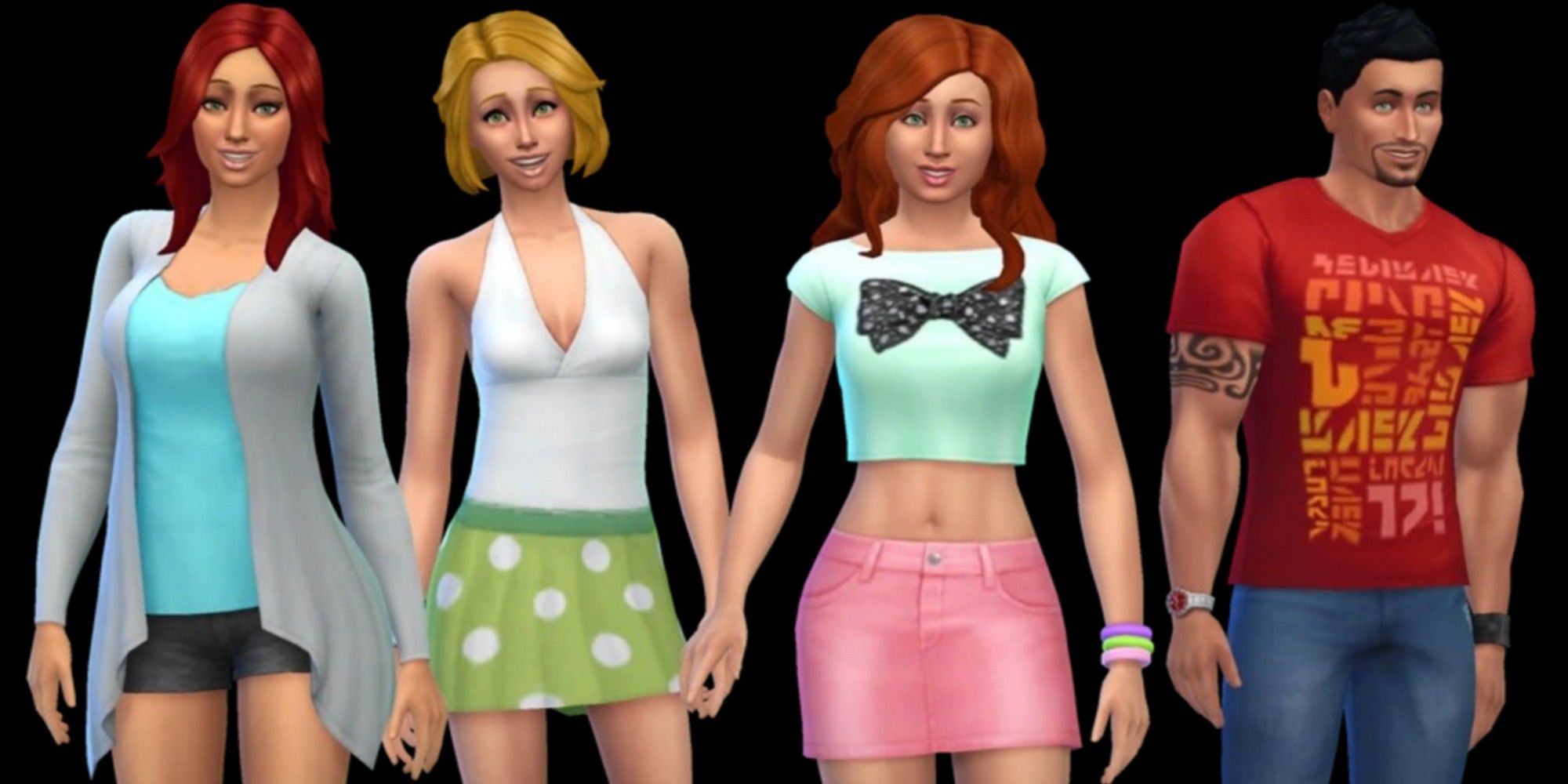 With The Sims 4 taking place in an alternate universe, it’s no surprise that the Caliente’s story is so entirely jumbled. The family comes with the base game and lives in Oasis Springs, but you’ll notice a new face in the household – Katrina Caliente, who, in this universe, is their mother. Though the game’s description of the family implies that Katrina and Don are romantically involved, loading into the family for the first time shows them only as acquaintances.

But the family’s description describes Don as Katrina’s “mooching boy toy,” and ponders whether he can remain loyal to Katrina with her “fiery, attractive” daughters also in the house. Perhaps lending to their old, materialistic ways, though the family begins relatively low in funds in The Sims 2 and 3, the Calientes live in a well-to-do area of Oasis Springs and are quite comfortable monetarily.

This could have something to do with Katrina’s dreams of stardom – she begins at level four in the Entertainment career, with points toward Comedy and Piano hinting that her specification between comedian and musician could go either way when the time comes. Though, unlike the previous game, installing Get Famous doesn't give anyone in the house any level of celebrity, although Katrina is implied to be a well-off entertainer.

The twins are much different in this version of The Sims, both still pretty and seen often around town, but they’ve changed a little. They’re still flirty and prone to romantic interactions, but other traits seem to have undergone some big changes. Where Nina was previously very active and involved in the athletics career, she’s now listed as Lazy in The Sims 4. Dina is the active one between them now, beginning with two points in the Fitness skill and Active as a personality trait.

Neither of the twins begin with romantic connections to anyone else in this game, but they are both Romantics, according to their personalities. This makes it easier to get them into flirty moods, and with Don’s Serial Romantic aspiration and the family’s bio hinting that he’ll become connected to all three Caliente women, it’s not difficult to segue them into their old romantic habits once again.