The tabletop Classic Risk is getting a Grimdark makeover with the release of a Warhammer 40,000 edition by The OP.

Risk is a tabletop classic and a mainstay of many a bookshelf since it’s release way back in 1957 in France. Combat revolves around dice rolls that determine the outcome, with the winner defending or capturing territory. Players capture territories once all defending army tokens have been defeated. Risk has inspired many other games including the Axis & Allies series, Settlers of Catan, and even modern wargame titles.

Warhammer 40,000 is a tabletop wargame set in the grimdark universe of the 41st millennium. It first saw the light of day in 1987 when Games Workshop released what would be the first edition, Rogue Trader. The setting is unique but has drawn inspiration over the years from the likes of 2001AD and Judge Dredd, Alien, H. P. Lovecraft, Tolkien, and Paradise Lost, to name but a few. Players build an army using miniature models from the games’ range and fight against one another around a table over a series of turns. Victory is declared once a set of victory conditions have been met. The 9th edition of Warhammer 40,000 was recently released. 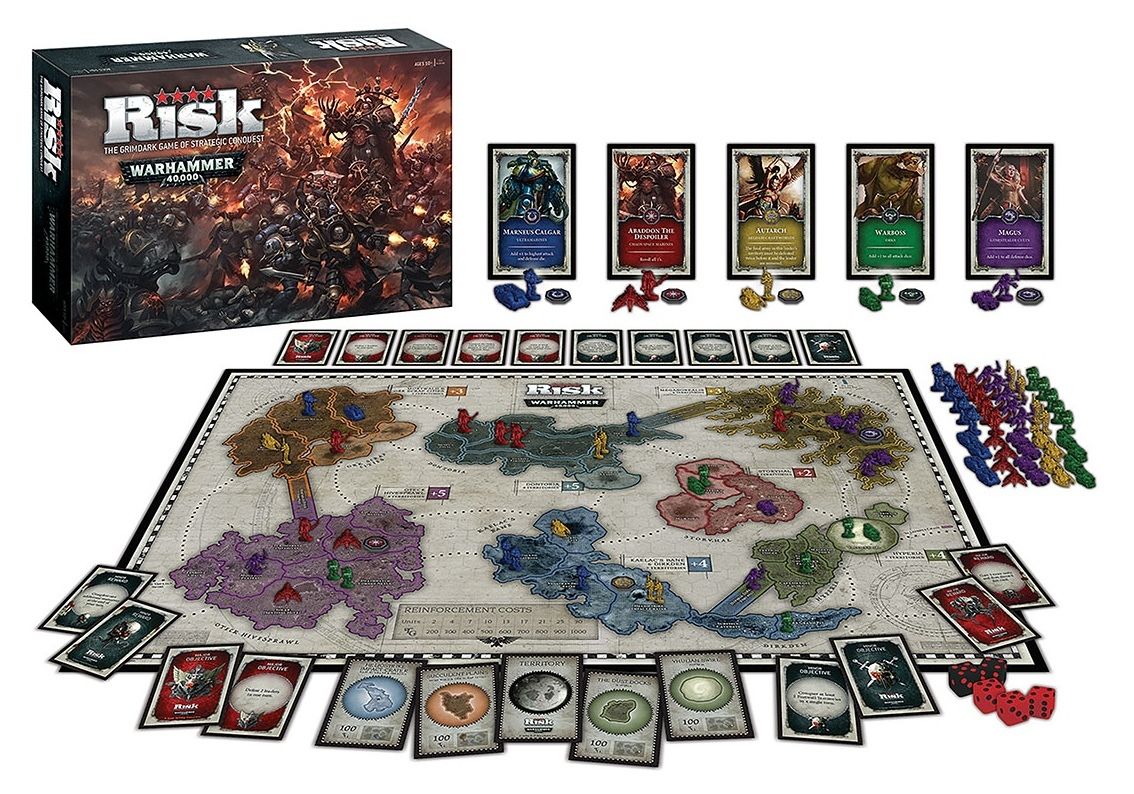 Risk: Warhammer 40,000 is available to order now from The Op website and through your local games store. It has a retail price of $49.99.