Home » News » These Games Justify Upgrading To A Switch OLED

Back in January I wrote about upgrading from a Switch Lite to a Switch OLED and the staggering difference between the two. The bigger screen, sharper display, richer colours, deeper blacks, and sturdy kickstand make this by far the best version of Nintendo's hybrid console. Five months later and I'm still in love with it—and continuing to discover games that make that vivid, pin-sharp display sing. Here are a few personal highlights that have, for me, more than justified the cost of the upgrade. 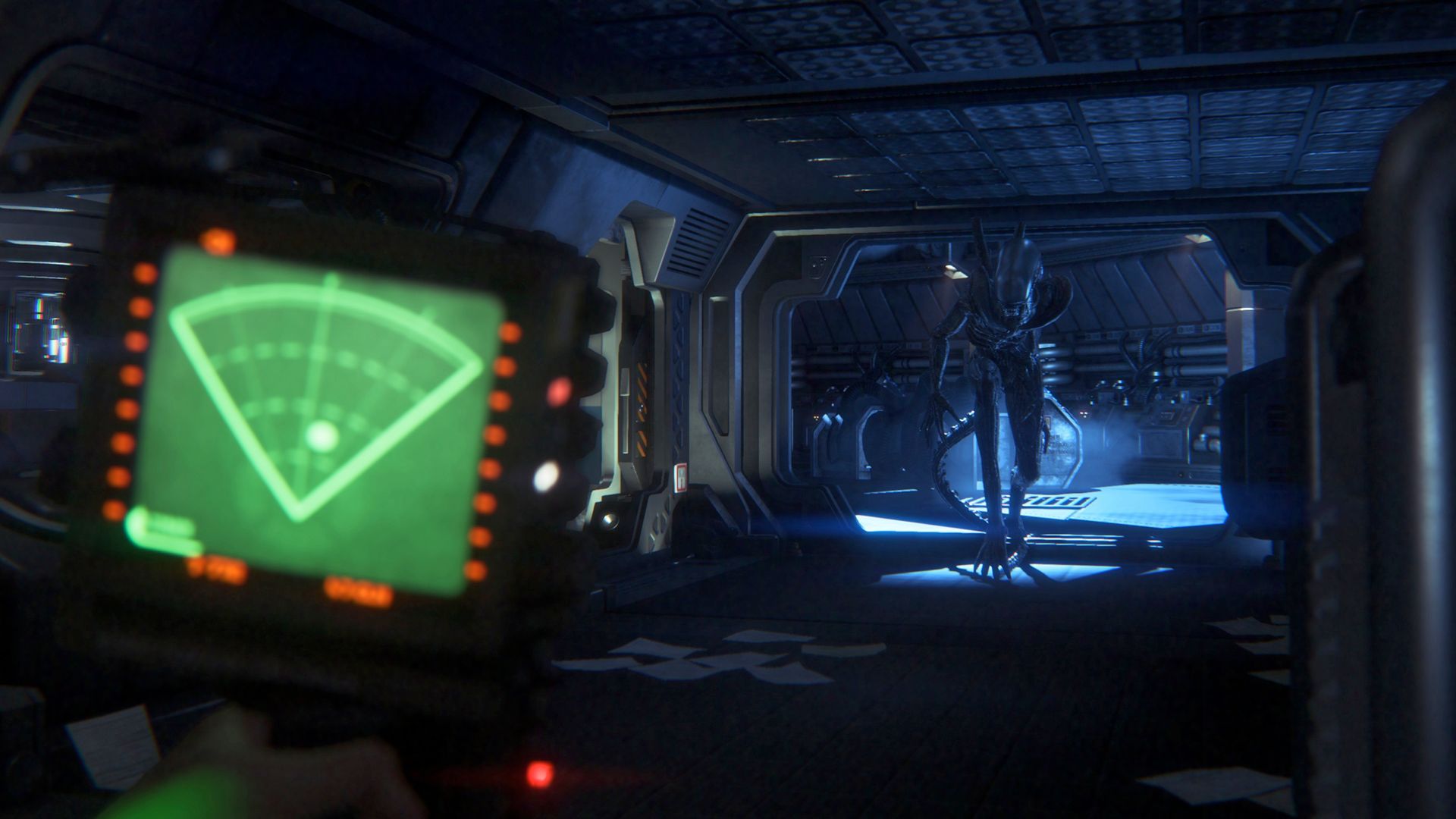 The spooky xenomorph-infested corridors of Sevastopol take full advantage of the OLED display. In dark areas, the shadows have a deep, inky blackness that makes the setting feel even more oppressive and claustrophobic. Remarkably, this is the best looking console port, using an improved anti-aliasing method to get rid of the jaggies and shimmering that plague the PS4 and Xbox One versions. Shadow-heavy horror games in general work well on the OLED, but this is on another level. 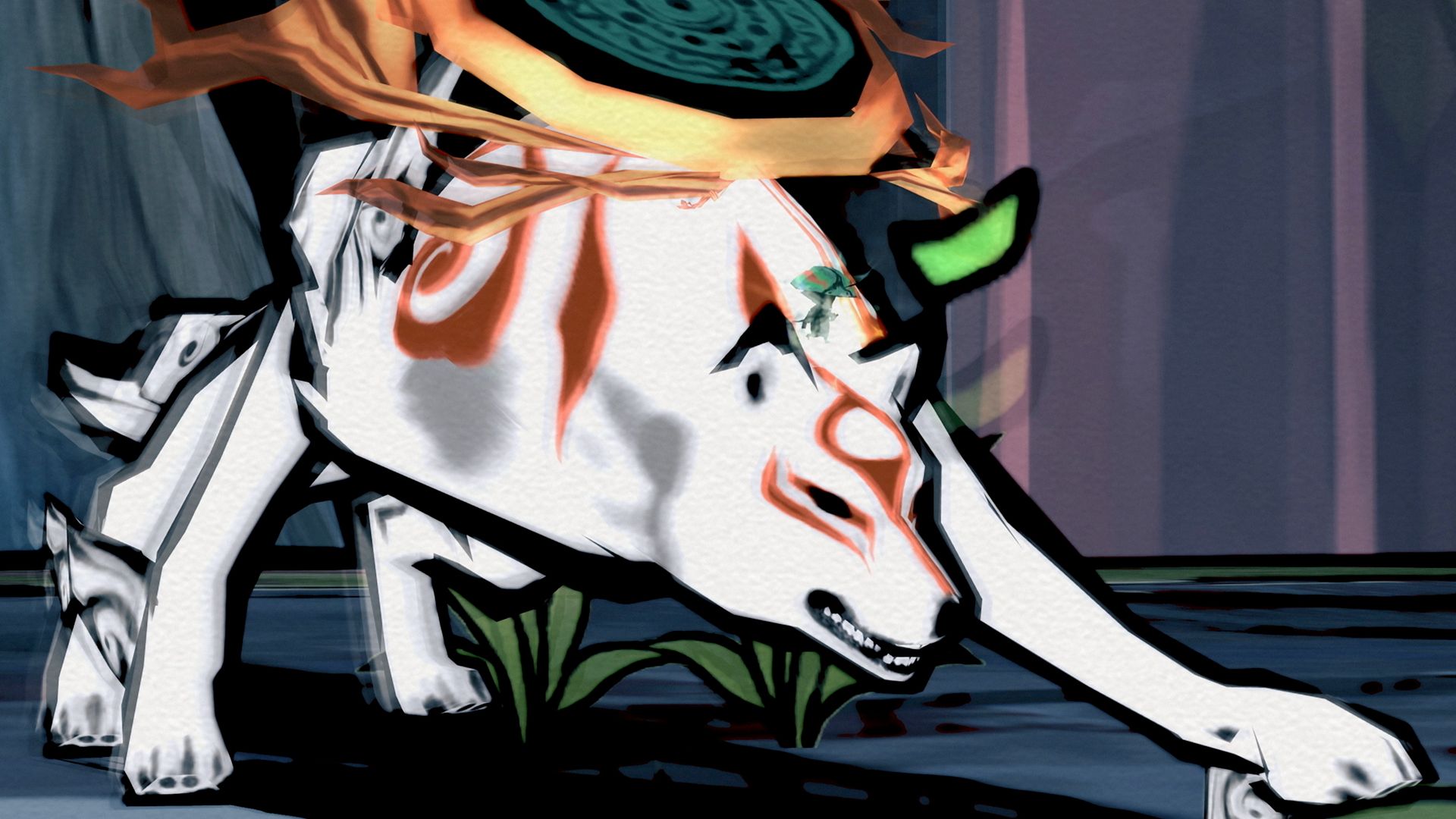 It's been over 16 years since Ōkami first launched for the PS2, and it hasn't aged a day. That's all down to its timeless, lavish art style, which brings traditional Japanese ink wash paintings beautifully to life. I've played Ōkami more times than I can remember over the years, but on the Switch OLED it almost feels brand new again. The black painterly outlines, delicate papery textures, and elegant splashes of bright colour really pop. It's a fitting tribute to the incredible work of Clover's artists. 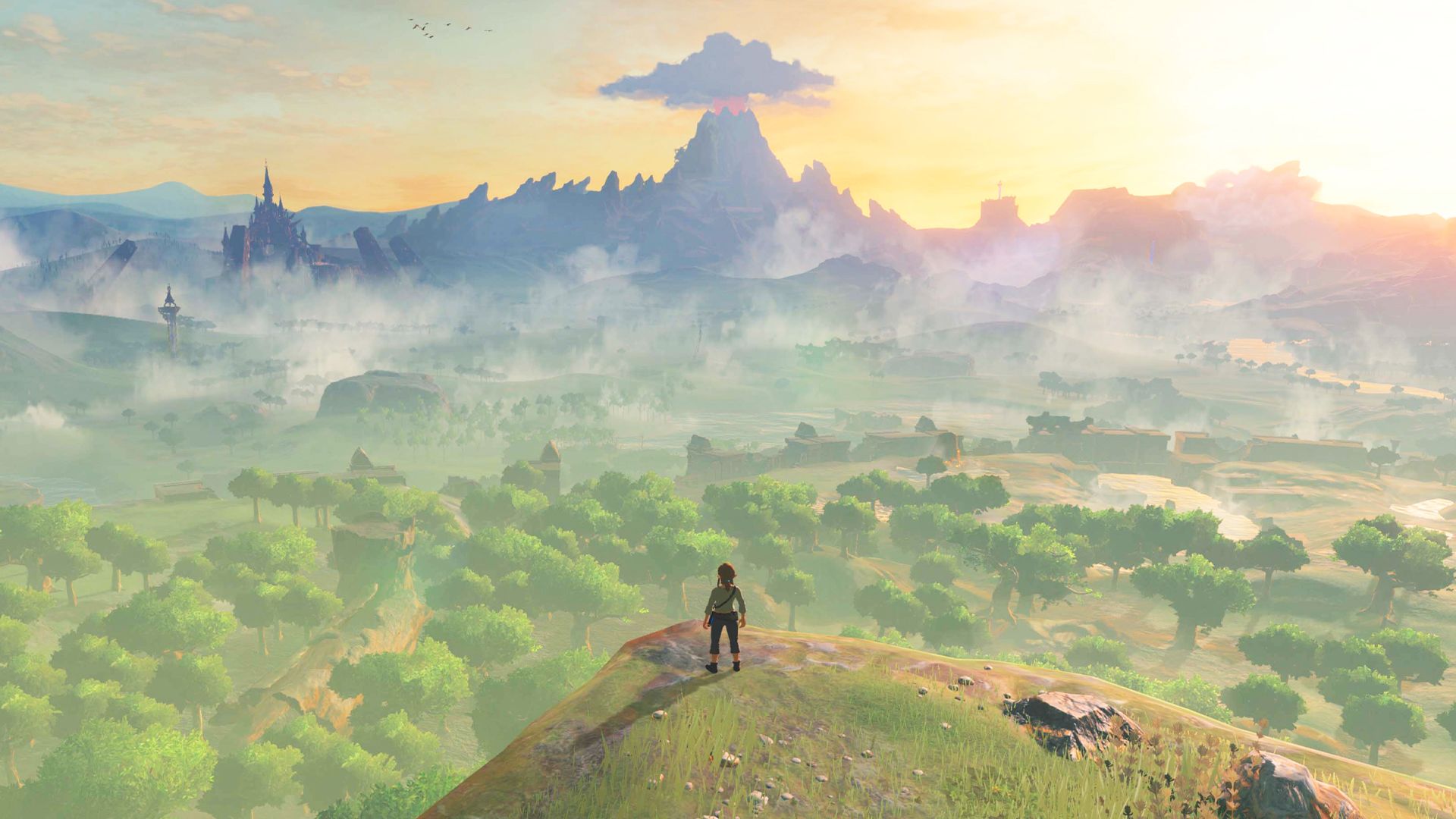 The Legend of Zelda: Breath of the Wild

I originally played this on the Switch Lite, which in hindsight was a very bad idea. It's perfectly playable, but the small, murky screen spectacularly fails to convey the beauty and vastness of Hyrule. On the OLED, however, it's a different story. From a purely practical perspective, the bigger screen makes exploring the open world more enjoyable. But it benefits from a dramatic visual boost too, with lush forests, windswept fields, and glowing lava rivers all looking extra vivid on the new display. 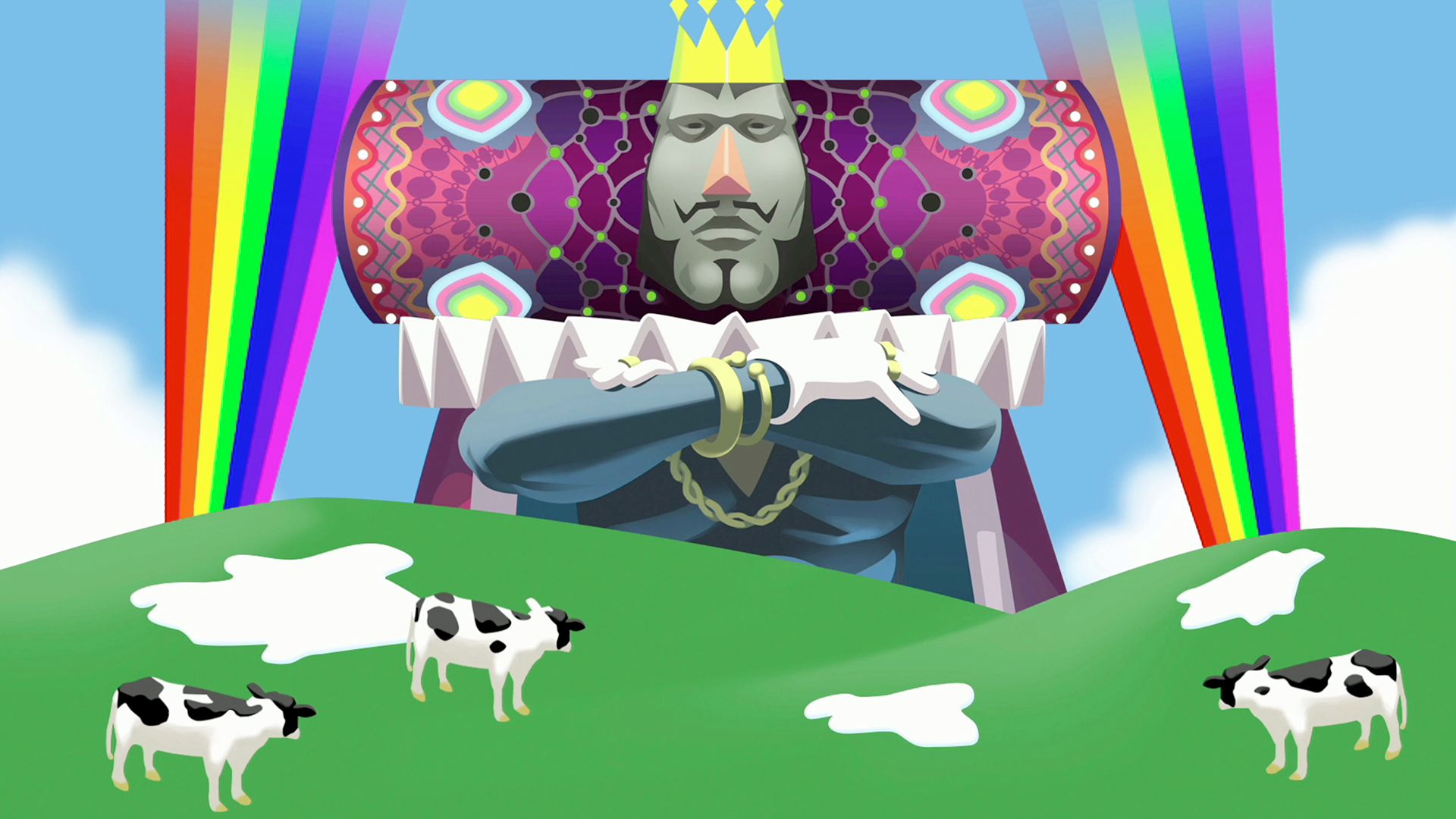 Katamari Damacy is one of the most visually exciting, artistically unique video games ever made, and this Switch port looks absolutely mint. Similar to Ōkami, the boldness and originality of its visual design makes it a real feast for the eyes. The stylised 3D models, hand-painted cutscenes, cluttered environments, and quirky aesthetic seem more vibrant than ever, and you haven't experienced the full majesty of the King of All Cosmos spewing up a rainbow until you've seen it on the OLED. 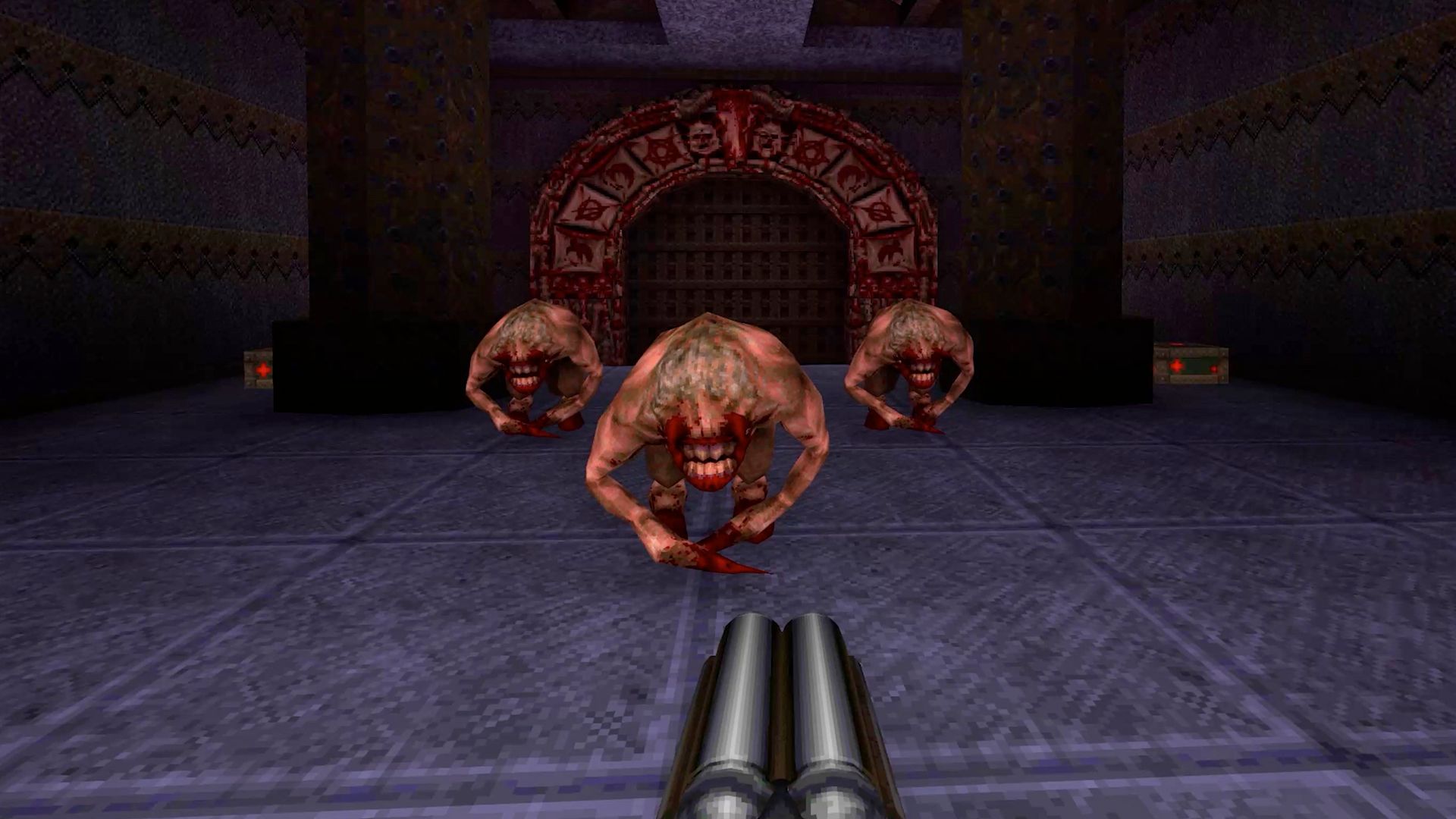 This superb remaster brings enhanced 3D models, anti-aliasing, depth of field, and other modern graphical effects to id's classic '90s shooter. But, crucially, it still retains the distinctive grimdark aesthetic of the original—and all those gloomy medieval castles, lava pools, and industrial hellscapes look supremely solid and crunchy on the OLED. The brightness and sharpness of the image reminds me of playing it on a CRT monitor back in the day, which adds a nice flicker of nostalgia too. 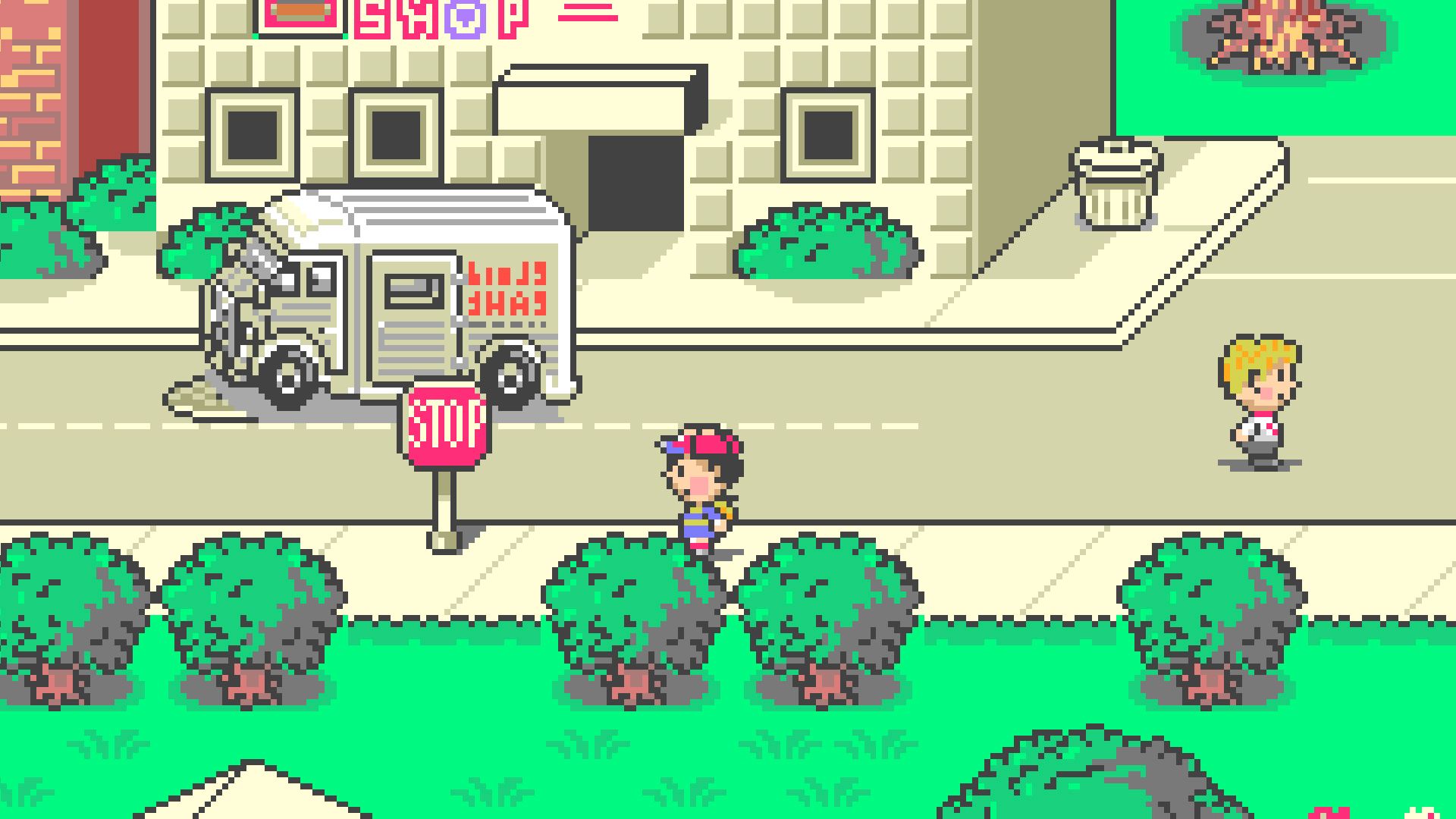 If you subscribe to Nintendo Switch Online you get access to (among other things) a bunch of classic SNES games—and they're a great showcase for the OLED. Crank the brightness up as far as it'll go and vibrant, colourful, visually impactful games like Super Mario World, Kirby's Dream Course, F-Zero, Super Metroid, and EarthBound explode off the screen. NES, Genesis, and N64 games look great on the OLED too, but there's something about the SNES that works super well with this display. 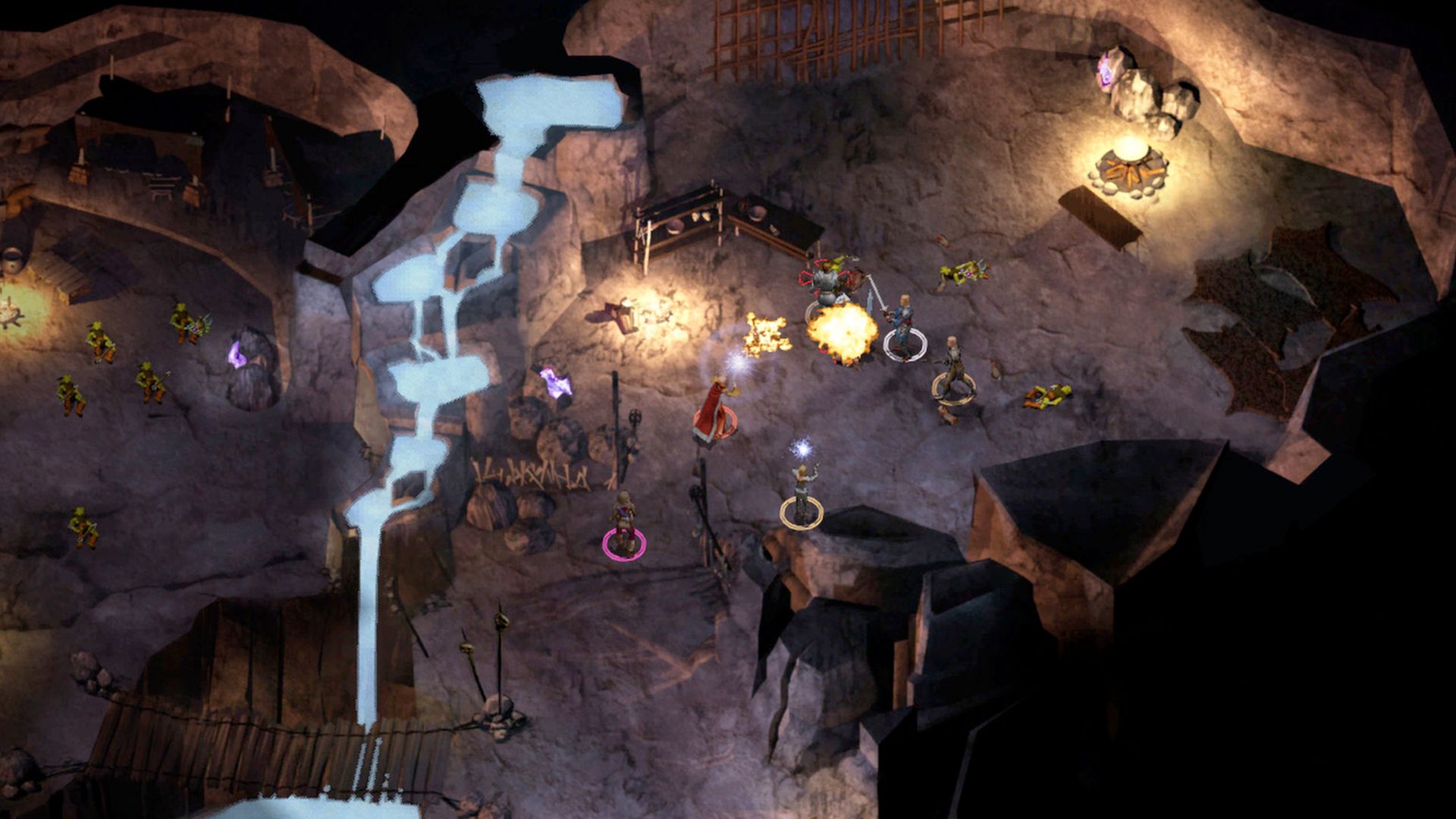 I recently took a gamble on the Switch ports of these classic CRPGs—two of my favourite games of all time—and was blown away by how well they've made them work on a handheld. Not just that, but they look great too. Those richly detailed, evocative pre-rendered backgrounds look magnificent—especially the verdant green forests of the Sword Coast. Also, as they're both dialogue-heavy games, the crisp text rendering on the OLED makes reading it all a much more pleasurable experience. 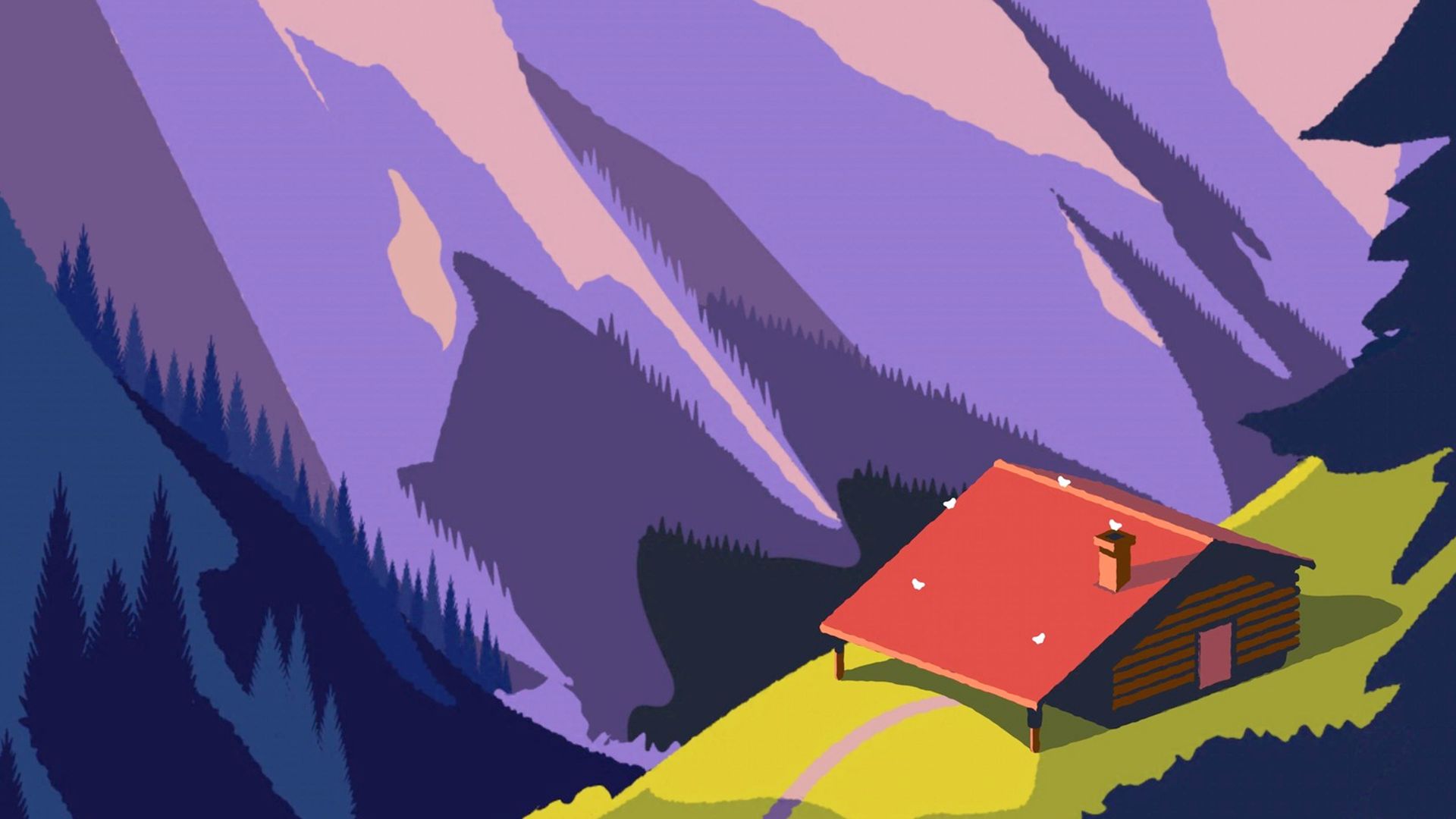 Over the Alps is a wonderfully tense, twisting interactive spy story set in Switzerland in the days leading up to World War 2. It's a great narrative game, and an astonishingly beautiful one too. With an art style inspired by old travel posters and postcards, its Alpine locations are all a dream to look at—as is the stylish Wes Anderson typography and pencil-sketched character portraits. I've played Over the Alps on other platforms, but the Switch OLED's display makes this vintage art sizzle. 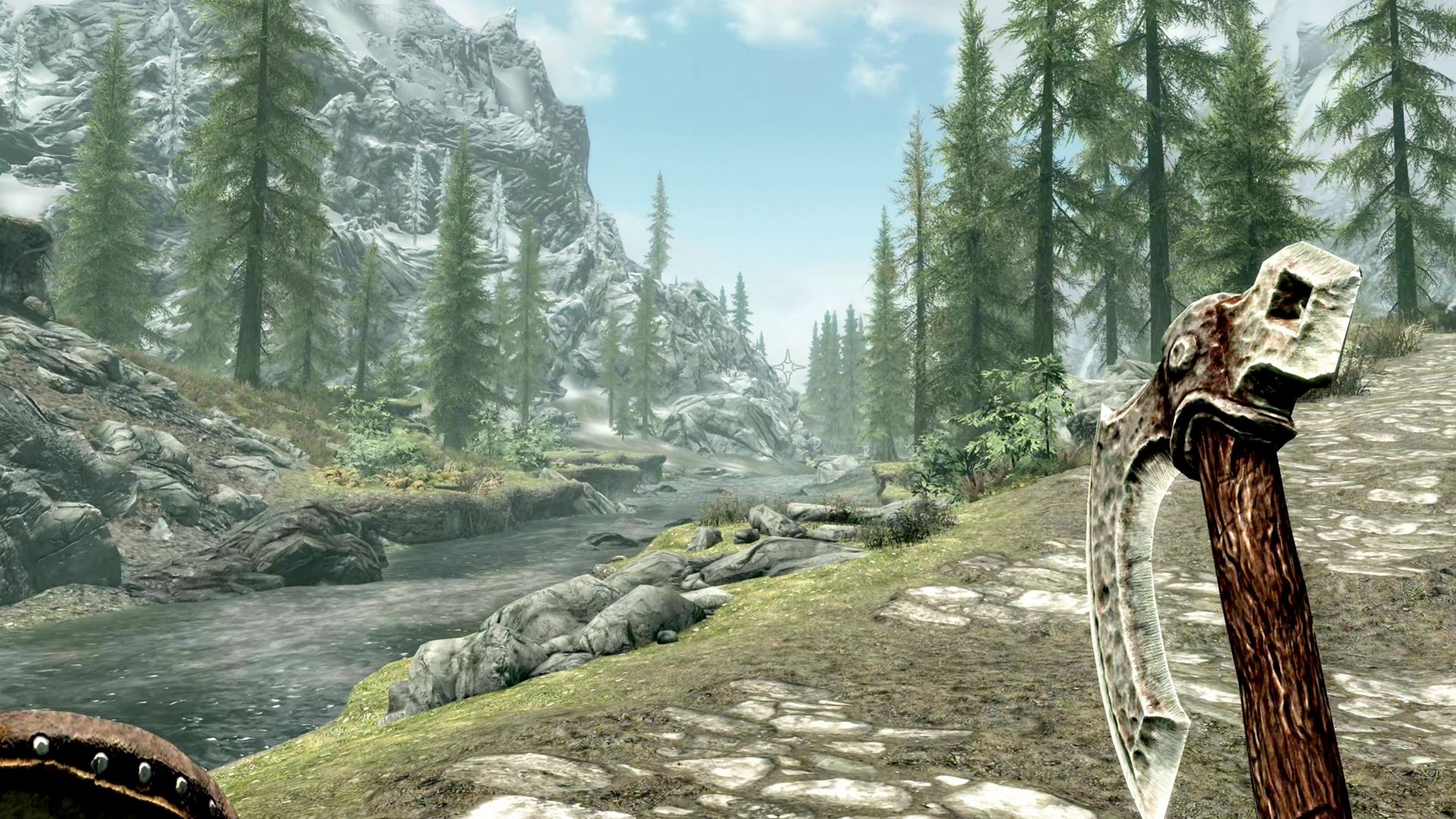 I swore I'd never play Skyrim on another platform, but it looks, runs, and plays great on Switch. The increased screen real estate means all those sweeping mountains and forests fit a lot more comfortably on the OLED. The snowy landscapes look brilliantly crisp and bright too. If you've been planning a replay, this is a great way to do it. I cleared a few dungeons on a plane recently, and similar to Alien: Isolation, the deep black levels nicely added to the dark, ominous, subterranean atmosphere. 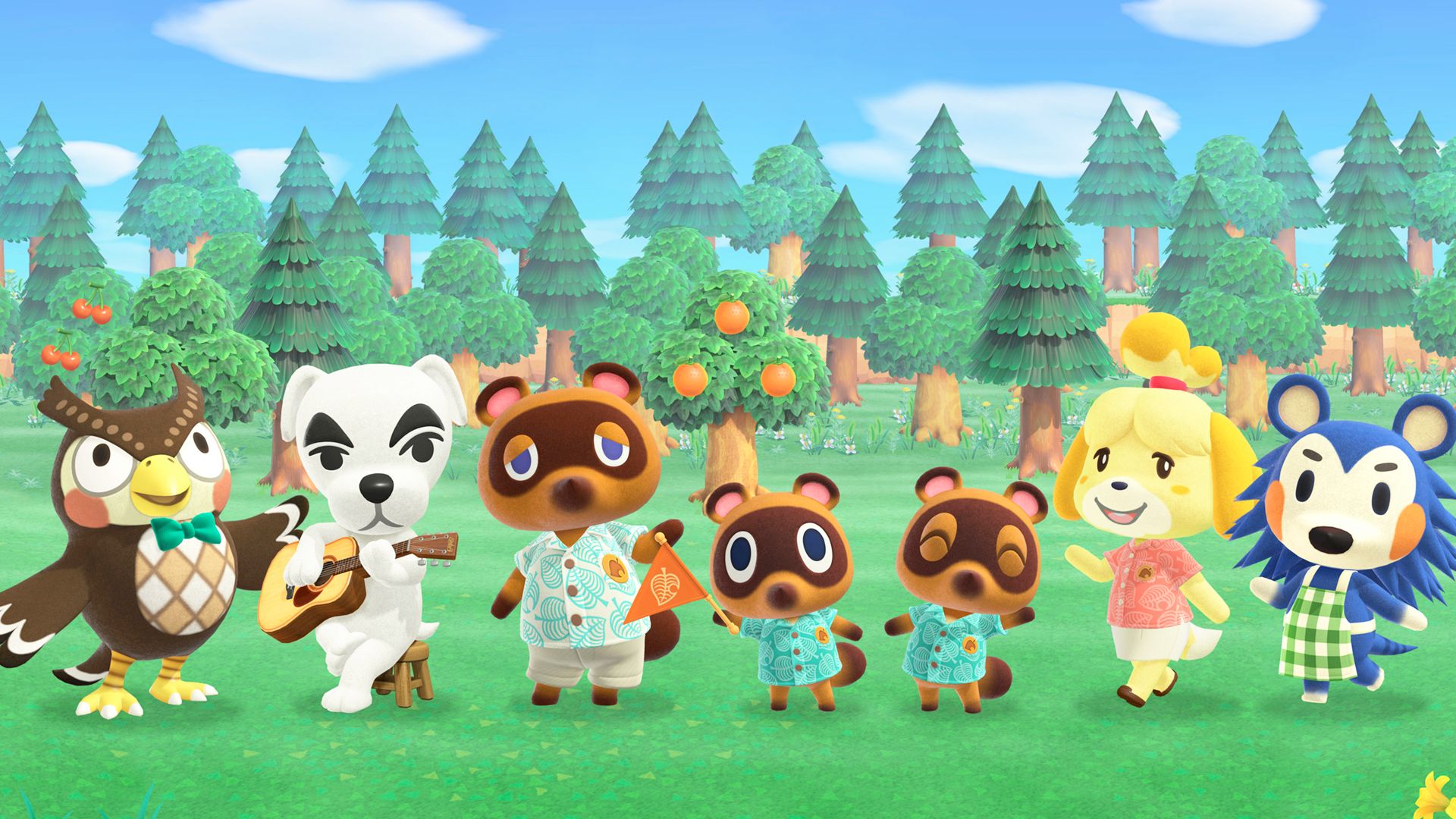 The crisp text looks really nice on the OLED (and there's a lot of it, so it's just as well), as does the big, screen-filling character art.

Navigating the mean streets of 1940s Los Angeles as Cole Phelps is a lot more enjoyable when you have a bigger screen to play with.

The real-time lighting in Doom 3 is superb, and the deep blacks of the OLED enhance the horror hugely in shadowy areas.

If you've been looking for an excuse to replay Odyssey, those colourful, lively worlds look absolutely delicious on the OLED.