Warhammer games are too nice. Sure, we’re in the golden age of Warhammer video games right now, and there’s a wide range of genres and styles to choose from, but they all come across as too nice. Confused as to what I mean? Let me explain.

Warhammer 40,000: Shootas, Blood & Teef has a pumping, Orkpunk soundtrack, but the ramshackle buildings within it actually look pretty clean. Space Marine had the grittiness down a bit better, but most of the environments were drab. There’s room for drabness in the 41st millennium – it’s a bleak old place, to be fair – but when you’re creating a video game, that can get boring quickly. Warhammer 40,000: Chaos Gate – Daemonhunters got a lot of things right, but its planets were more defined by the spread of Nurgle’s rot rather than their original aesthetics. Your ship, the Baleful Edict, was perfect though.

Daemonhunters opens in a huge antechamber and your advisor stands silhouetted against a great stained glass window. The three-metre tall superhuman is dwarfed by the splendour, with the Imperium having constructed an entire cathedral to the Emperor upon this spacecraft. Upon every spacecraft. This is the absurdity of the Warhammer universe, never more evident than in the Imperium’s excess and religious pomposity as they wage eternal war on the galaxy. 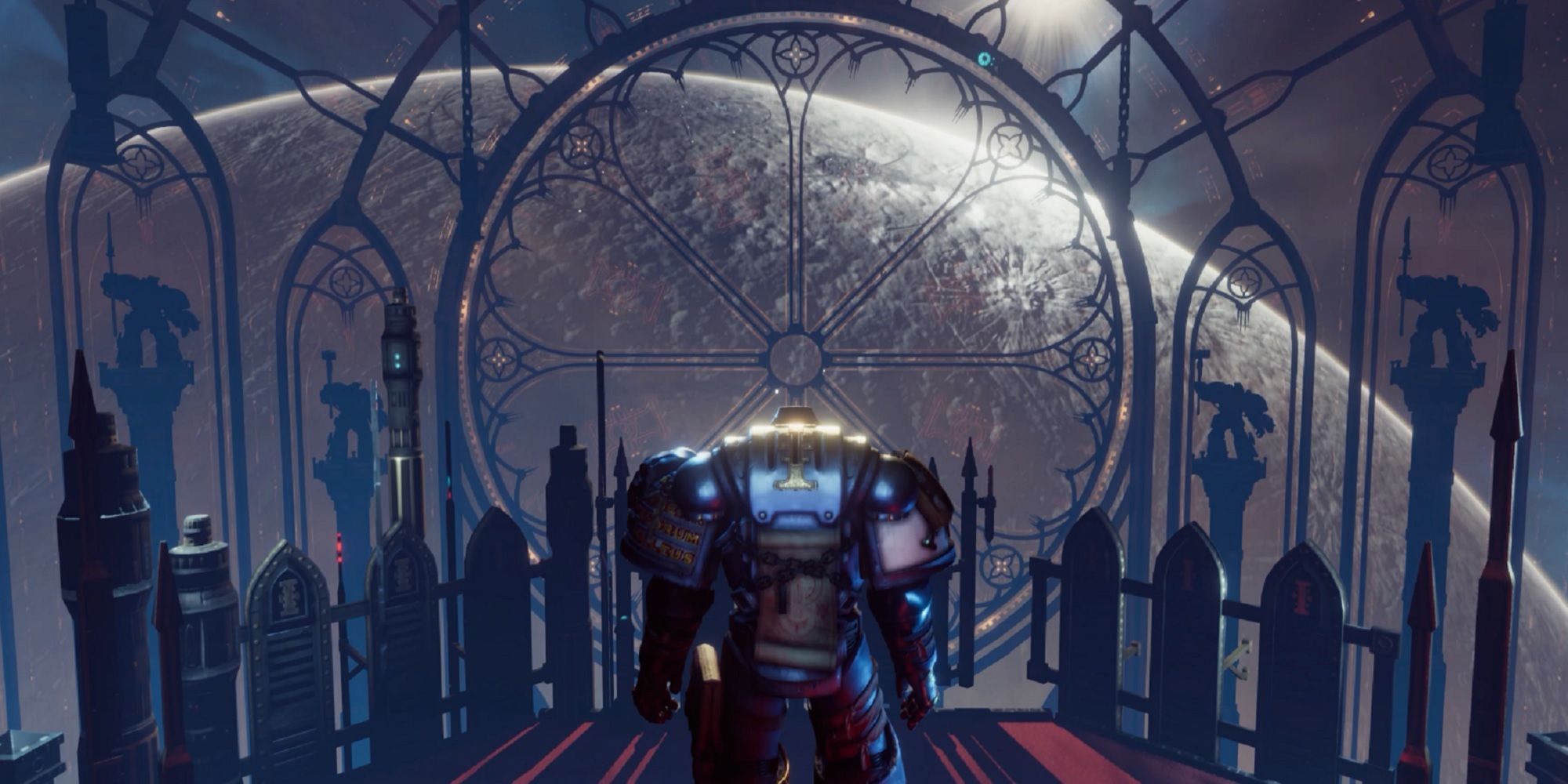 But before the golden age of Warhammer games, things were pretty barren. Pathfinder was great, as was Dawn of War. But it’s hardly the ten-games-a-year fare we’re getting in 2022. Not all modern Warhammer games are great (or even good), but you don’t have to play the ones that you don’t like the look of. We could have had so much more though, as screenshots and footage of a canceled Warhammer game has been circulating online, and it looks great.

Warhammer 40,000: Agents of Death was being developed around 1999, and screenshots posted by Obscure Game Aesthetics show that it goes all-in on the gothic architecture of the 41st millennium. It’s like a Bloodborne demake with the spawn of Chaos at the centre, and that’s exactly what I want from a Warhammer game.

Even with the old school textures, these screenshots and brief multiplayer footage show that Agents of Death nails the gothic elements of the Warhammer universe like few other games do. It’s got the towering cathedrals, the grotesque gargoyles, and the stained glass windows bathing the bloodshed in kaleidoscopic light. It’s the kind of aesthetic that gets your imagination running, and my mind went straight to a modern iteration of the game, putting Warhammer characters straight into Yharnam. 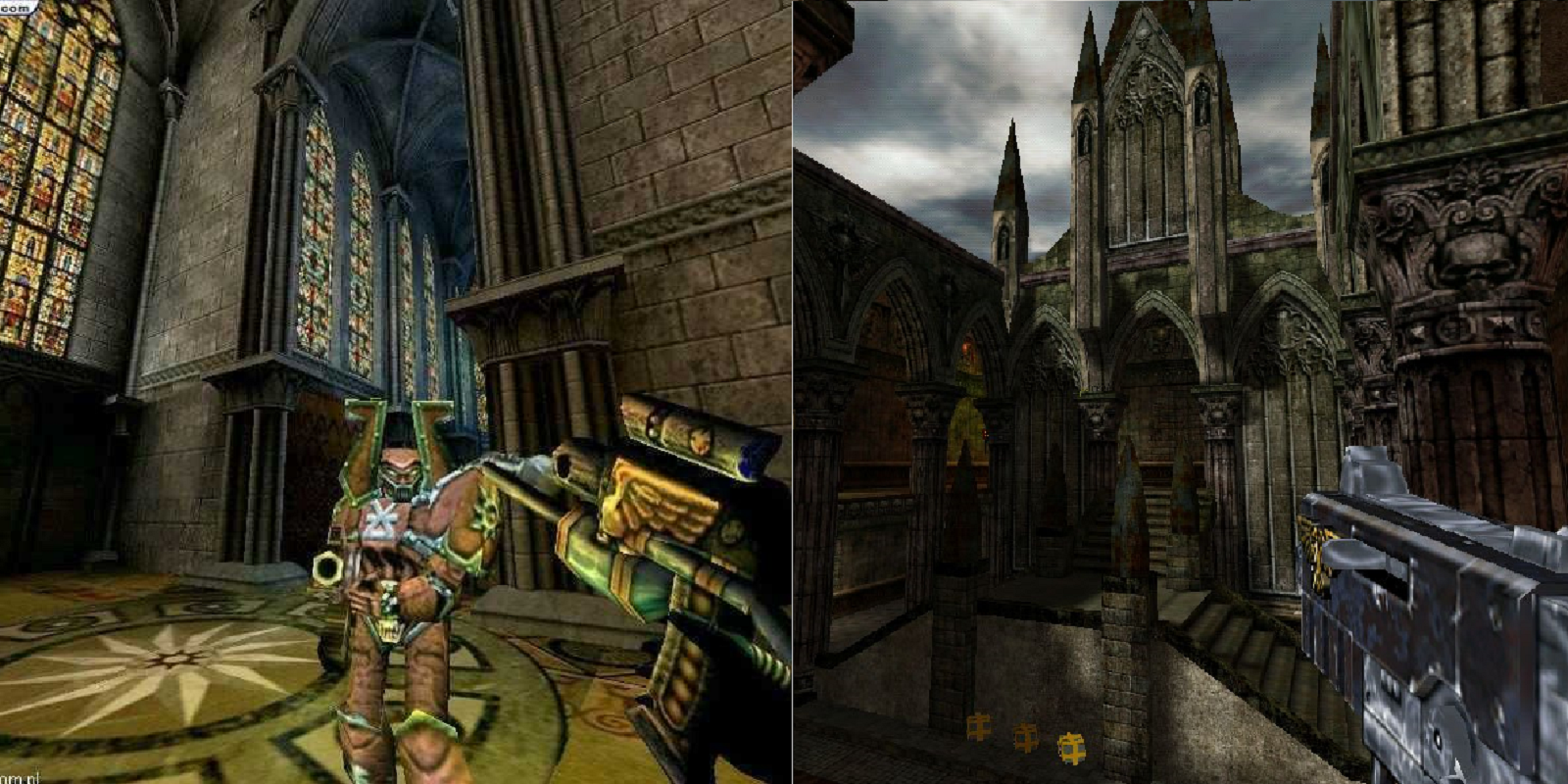 However, as well as the evocative aesthetic, Agents of Death puts you in the shoes of an unusual protagonist; an Imperial Assassin. These Assassins have a variety of skills in the Warhammer universe, from the long-ranged standard sniper rifle of the Vindicare, to the shapeshifting Callidus, and the arcane Culexus. They offer such variety as protagonists, and are the perfect focus for an action game. They’re also nimble and agile, meaning you would get to explore every shadowy nook and gothic cranny as you play through each level.

The gameplay looks more Call of Duty than Hitman, in the multiplayer at least, but we can dream. It was canceled, after all, so who knows what the final product might have ended up looking like? It looks like whatever we want it to look like. To me, Warhammer 40,000: Agents of Death is a Warhammer version of Hitman that takes place in Yharnam’s Grand Cathedral.

Dreamlight Valley Is Getting Me Hyped For Disney Games Again