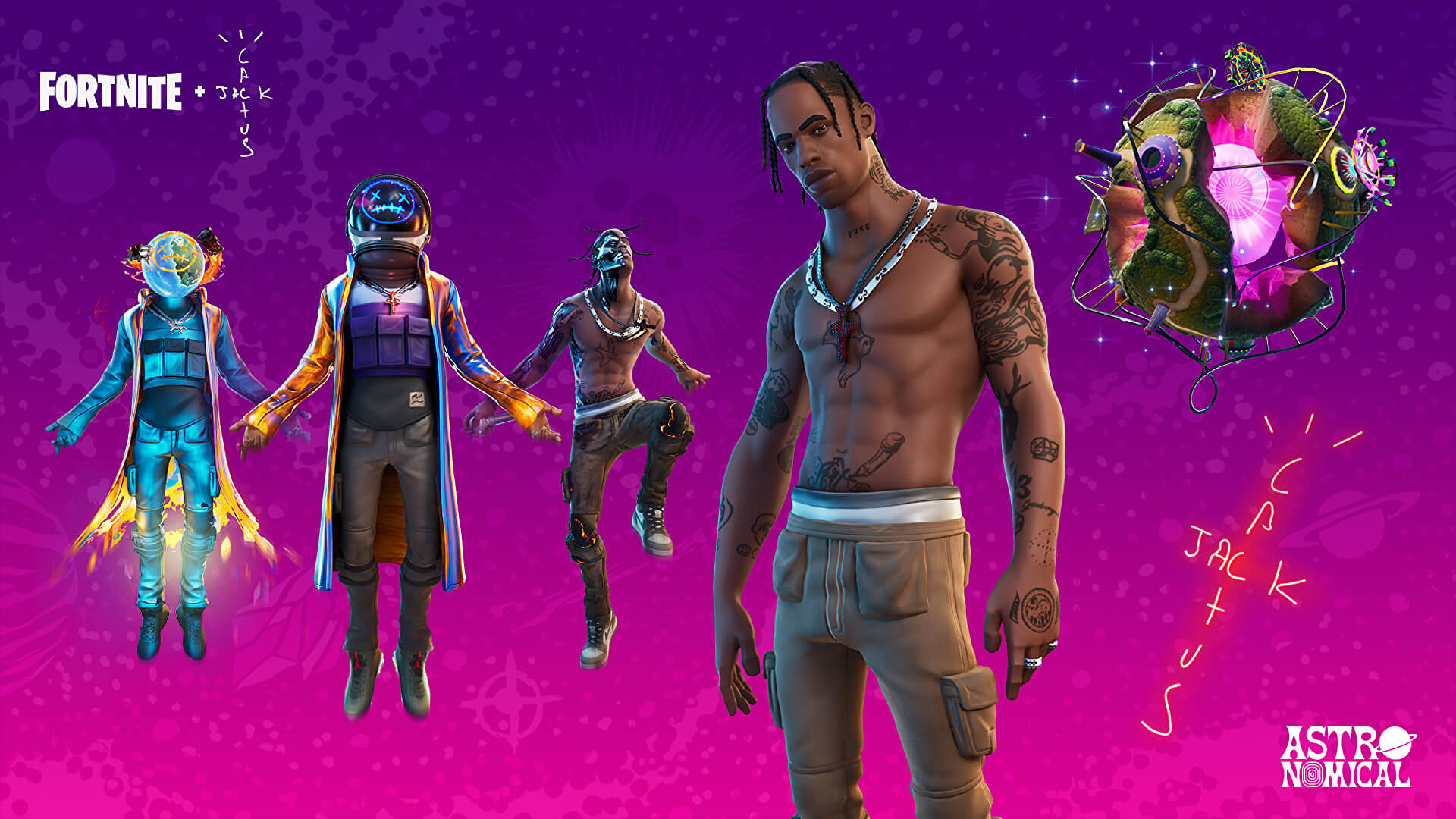 A new Travis Scott music emote is no longer part of the Fortnite item shop, but an existing skin is still playable in the game.

US rapper Travis Scott has a long and lucrative association with Fortnite, with his 2020 in-game Astroworld concert supposedly earning him $20 million (£14.7m) and paving the way for other artists, such as Ariana Grande, to appear in the game.

Scott, real name Jacques Webster, is now facing legal action following the deaths of eight people at a concert in Texas at the weekend, and the injury of many others.

The Out West emote seems to have been intended to commemorate the end of the tour, and features officially licensed music from the song by Travis Scott and Jackboys.

Epic Games has not made any official announcement about the removal, and generally never does about the contents of the shop, but it seems unlikely the emote or other scheduled items will return.

However, if someone already owns the emote, or the existing Travis Scott skin, they can still use it in the game, as it’s only its presence in the online shop that’s been blocked.

The skin was sold as part of the original in-game Astronomical concert in 2020, so there’ll be a lot of them about. As such, many fans are calling for it to be at least blocked temporarily – given the obvious capacity for abuse.

That’s not something Epic has ever done before but then the more real-life celebrities they have in the game the more chance there is for them to create difficulties such as this.