Call of Duty: Black Ops Cold War is getting its first new Zombies map next Thursday, February 4, and today, a trailer is dropping to show it off. However, it doesn’t end there as Treyarch has unveiled another three posters for the map.

They are very comic-like, with the first showing the purple teleporter, the second showcasing the new mini boss, and the third featuring a jump-pad that looks right out of Ascension with somebody being hurled to their deaths. The posters also have the logo for Omega Group, the villains of the Zombies story, in the bottom left.

Adorning the first poster, there is some text in Russian which roughly translates to, “Don’t turn [into] biomass, teleport only solved materials!” Will the player die if they use the teleporter incorrectly? Perhaps. The second says, “You think security? You have it.” The third? “Avoid accidents, check gravitational.” Perhaps the third is a hint to some new form of jump-pad in Firebase Z. 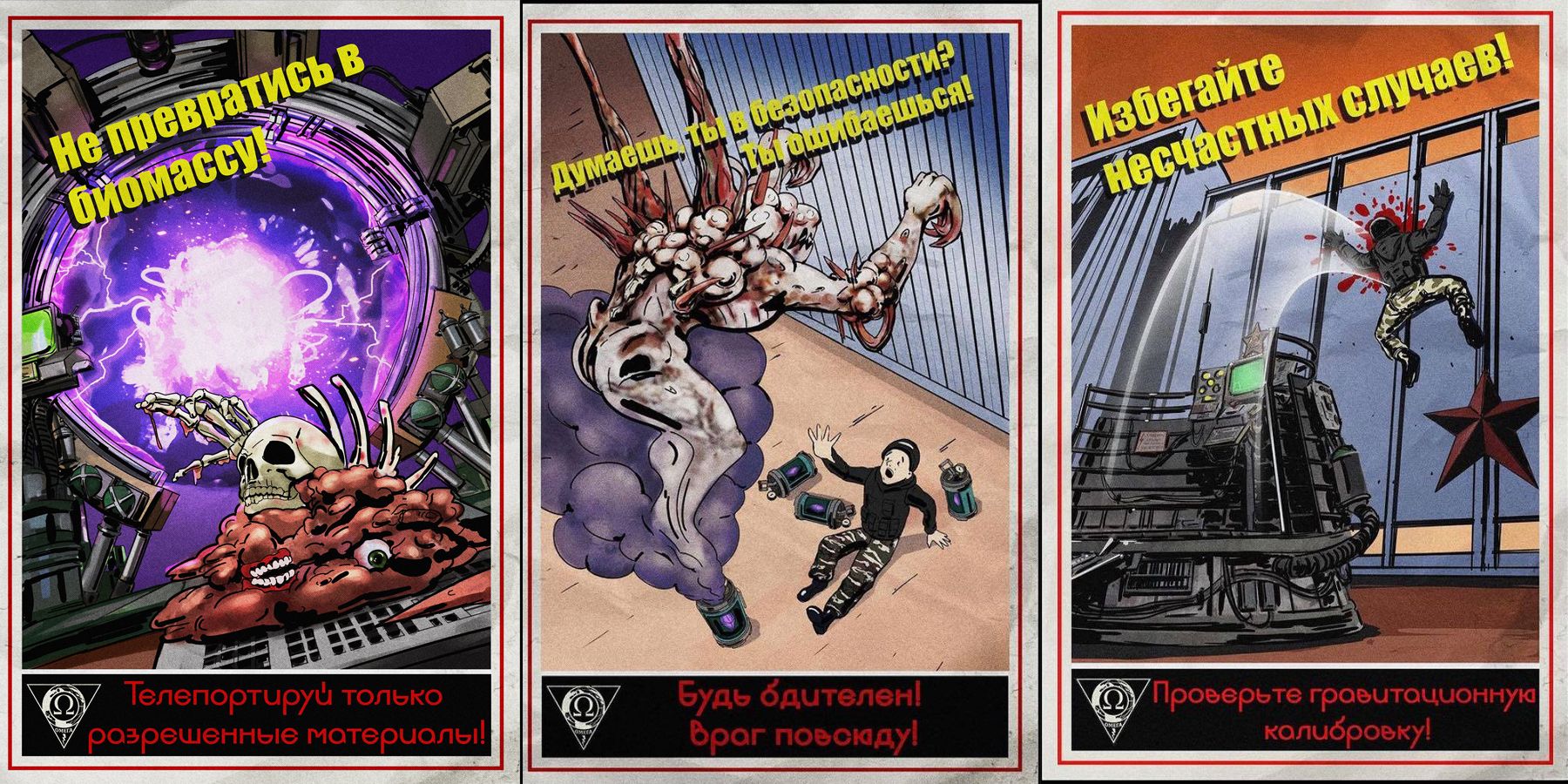 The trailer releases at some point today, and yesterday, Treyarch released a teaser emphasizing this portal. The portal, for context, is the link between the village and the Omega Group facility – two separate locations that makeup Firebase Z. It’s how players get from A to B, although not much has been revealed on how it will work, although the assumption so far is that it’s as simple as turning on the power and going through it, but perhaps there’s more to it based on its corresponding poster.

As for the other two, the jump pad hasn’t been announced or shown yet, so its significance is unclear. The new boss appears like a genie out of a bottle in the second, so what these cannisters contain and what their role will play is also unknown.

With Treyarch putting such a spotlight on this teleporter, it’s clear that there’s something to it, something more than meets the eye. Perhaps the trailer will shed more light on it, but maybe we’ll just have to see for ourselves next week – hopefully, it doesn’t vaporize everybody who steps in.

Cuphead: How To Beat Hilda Berg

All About Kena: Bridge of Spirits’ Adorable Rot Companions