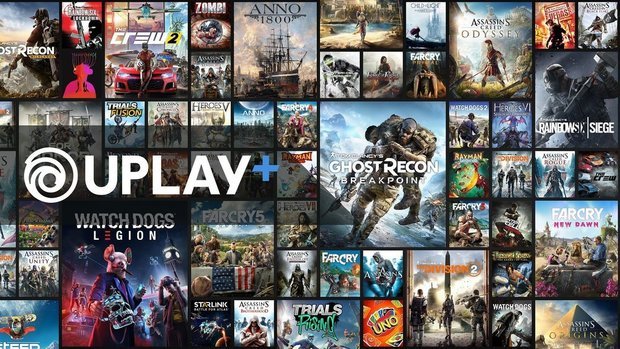 Ubisoft will be launching its own subscription-based service later this year, giving members instant access to a growing library of 100+ games.

The publisher announced the service during its E3 2019 press conference. UPlay+ will be launching on September 3rd and will be an extension of the current UPlay launcher available for PC.

Ubisoft also revealed the price for its new subscription service. It will cost $14.99 a month and we’ve yet to hear if there will be a discount for those who sign up for multiple months or a year long membership.

So, what does UPlay+ actually include? First and foremost, subscribers will get instant access to a huge roster of games that will only get bigger over time.

Chief among them are Ubisoft’s newest releases. Being a UPlay+ member will net you all the big upcoming games as soon as they launch as well as any downloadable content and expansions.

Ubisoft will no doubt unveil its full lineup of games soon but from what we’ve seen it’s a fairly comprehensive selection, drawing from the company’s rich history.

It’s the perfect package for those wanting to dive into any of Ubisoft’s big franchises such as Assassin’s Creed, Splinter Cell, Rayman, Ghost Recon, and many more.

UPlay+ will only be available for PC when the service goes live later this year. Ubisoft didn’t indicate whether we’ll be seeing it on the PlayStation 4, Xbox One, Nintendo Switch, or next-gen consoles.

That said, it did confirm that UPlay+ will be coming to Google Stadia in 2020 though we’re not likely to hear about more on that until Stadia actually launches.

Ubisoft will be the latest publisher stepping into the subscription service space. With Microsoft having just announced its own Xbox Game Pass for PC, as well as similar services being offered by EA, Epic, and Bethesda, it will be interesting to see what the uptake will be and whether it will eventually transition over to consoles and other devices.