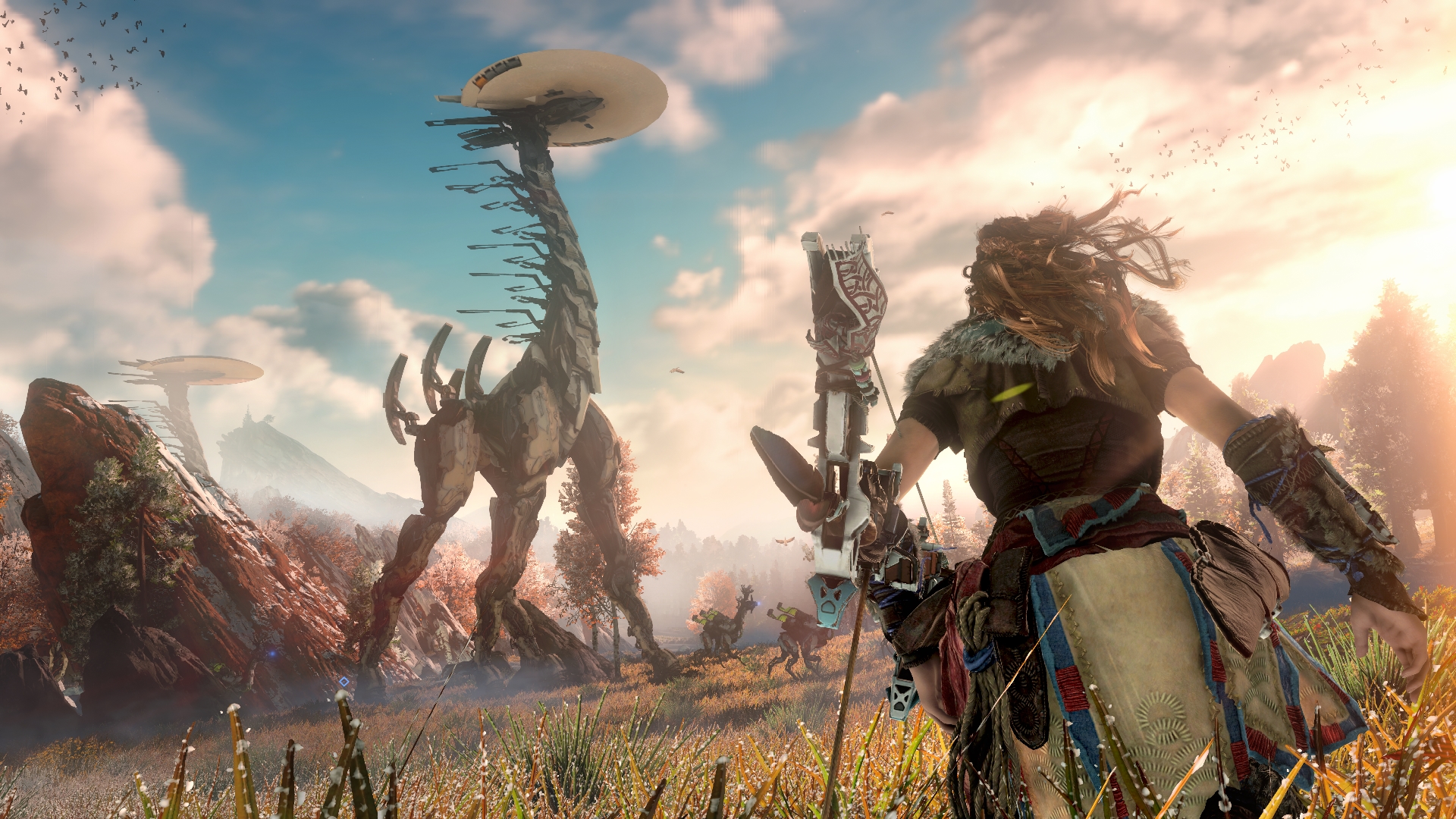 A reader gives three examples of when playing video games at home can cause problems, when another member of the family walks in.

I’ve been playing games for the last 40 years and the thrills of Manic Miner and Chucky Egg are nothing compared to what is possible now. But the biggest change is having a family. I have to choose what to play and consider who might be watching when I’m playing. Below are a few lessons I’ve picked up from some of the incidents when I didn’t pay attention to who was around (Warning: spoilers for Horizon Zero Dawn).

Call Of Duty: Modern Warfare 2. Outside an enemy complex in the frozen forest. I’m trying to infiltrate the base without being seen. Within the swirling snowstorm enemy patrols can be glimpsed wandering past, oblivious so far to my arctic camouflage. It’s taken several attempts, but I finally know what I have to do to complete this level…

‘Oh my god, why are you shooting those dogs?!’ shouts my wife, suddenly walking into the living room, holding our baby son in her arms. I try to explain that you have to take the dogs out first before the soldiers, otherwise they clamp onto you and it’s game over, but my explanation does nothing to placate her as I proceed to complete the level, but it’s a pyrrhic victory.

Lesson Number 2: Batman is not a nice man

Batman: Arkham Knight. Great, I’m driving the Batmobile! More tanks? I hope there’s only a couple of these encounters, as that could get old really fast! Here’s something different, I’ve captured a villain and I need to get information out of him, he’s next to the wheels of my car which has given Batman an idea…

‘Oh my god, why are you driving over that man?!’ exclaims my wife, walking in with our son watching on. I’m not even pressing any buttons anymore. It’s a cut scene that you can’t stop as the hoodlum spills out the information under threat of being crushed. I just turn to stare helplessly at her as he shouts out all he knows while the engine of the Batmobile roars on.

Horizon Zero Dawn. It’s the kids’ party, they’re all outside playing and eating ice cream under the watchful eyes of their mothers, so I’m going to grab a few minutes on Horizon Zero Dawn. I become engrossed in winning the Proving, but now the village is under attack. Rost to the rescue! Oh no, he’s been stabbed!

I hear a gasp behind me and I turn around. My kids are in the room. I turn around further. ALL the kids are in the room. I find out later that my wife and her friends had decided to have a few G&Ts and had sent the kids in to ‘see what Bruce was doing’. Bruce is desperately trying to pause the cut scene. Bruce is frantically trying to quit the cut scene… oh god, there’s a massive explosion and Rost has sacrificed himself! Aloy is falling off a cliff and this could be a much shorter game than I anticipated!

Just three of the lessons I’ve learned, without going into other unintentionally shared experiences, such as the ending of The Last Of Us, Dark Souls and the spider-lady, and Catherine and well… any part of Catherine.