I’ve always admired Better Call Saul’s unwillingness to rely on our nostalgia for Breaking Bad throughout its lengthy tenure. It remains one of the greatest television shows ever made, so less ambitious prequels would simply lean on its grandeur and call it a day.

This personal legal drama never does such a thing though. Choosing instead to build a cohesive universe around Jimmy McGill with new characters, new struggles, and new surprises. Sometimes you forget Walter White and Jesse Pinkman ever existed, their brilliance outshined by characters like Kim Wexler and Howard Hamlin that not only equal their iconic presence, but have arguably surpassed it. Yet as the final season comes to a close, the crossover we’ve all been expecting is finally here, and it’s been worth the wait.

Since Jimmy and Kim’s tragic break-up we’ve gone back to the future. ‘Fun and Games’ and ‘Breaking Bad’ are two episodes predominantly depicted in black and white, a stylistic choice with both aesthetic and thematic weight that informs the dissonance between Saul Goodman and Gene Takovic. One is a trickster who believes he is untouchable and on top of the world, while the other is a disgraced Cinnabon manager trying to recapture a slither of his former glory. It’s undeniably tragic, and the final destination remains shrouded in mystery as our protagonist tries his best to repair bridges that have long been reduced to rubble. 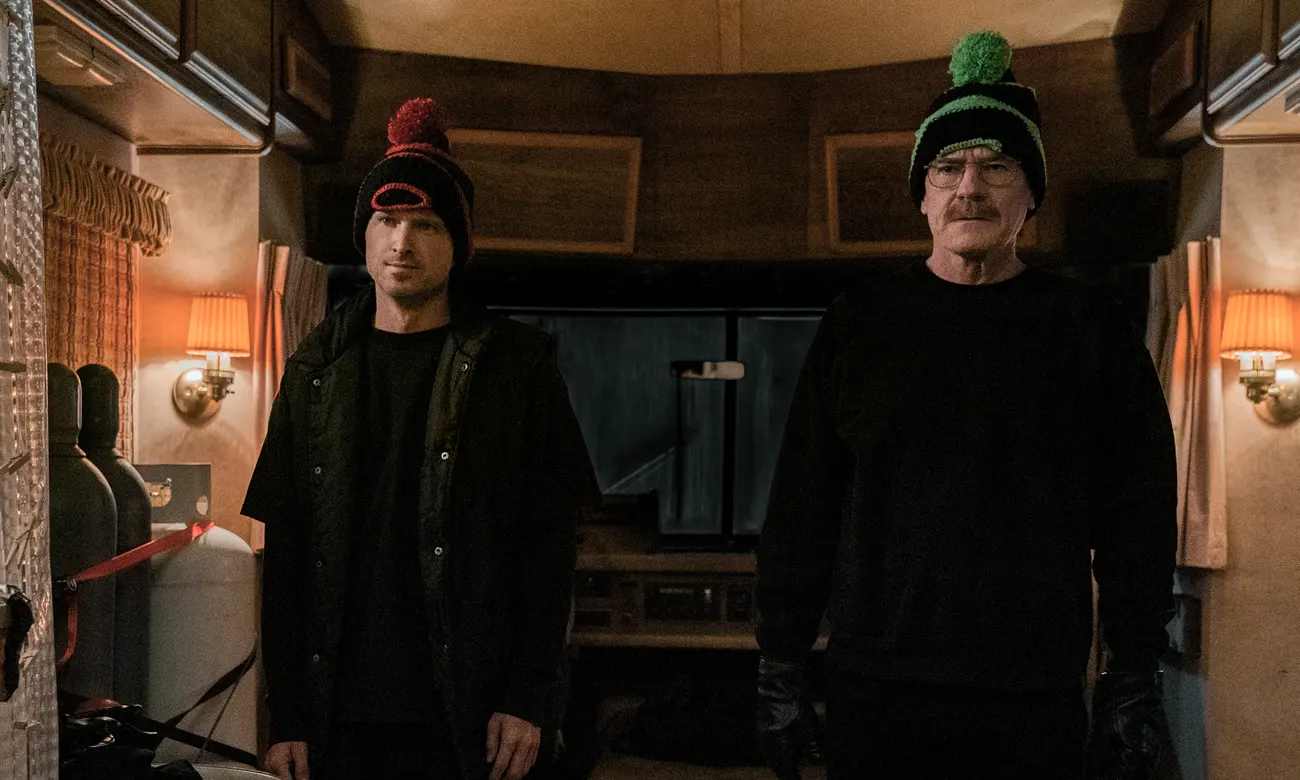 One particular scene presumably has him contact Kim, but we’re taken away from this conversation the second it begins, only given the privilege of muffled speech and frustrated screams as Jimmy slams the phone down upon the receiver. We don’t need to hear their reunion to know that a happy ending isn’t possible here. Too much has happened, too much has been lost, and they’re so far apart now that even assuming their love might be reignited is an act of ignorance. So Jimmy only sinks further into depravity, falling victim to vices he is unable to walk away from, because at the end of the day – it’s all he’s ever had.

Even when Walter White and Jesse Pinkman make their long-awaited return, it isn’t through a new scene drenched in familiar line delivery and hollow fan service. It’s an existing moment from a different perspective, one that is completely recontextualised now that Better Call Saul has changed the character of Saul Goodman on a fundamental level. He might be a sleazy lawyer willing to say anything and everything to get his way, but he’s also a broken man who will react to trauma in empathetic ways. He screams for his life and claims that Lalo Salamanca is to blame as Walter and Jesse thrust him in front of an empty grave, his mind jumping to his biggest personal regrets the moment his mortality is questioned. It’s what drove Kim away and ruined a once perfect life, so of course he’d want to make up for it before biting the dust. This aspect of his character didn’t exist when this scene first aired over a decade ago, but now we’re able to delve even deeper into a character through landscapes so familiar they border on iconic. Saul is taken back into the RV and introduced to Walter and Jesse like they’re old friends, delivering lines like not even a day has passed since the show’s conclusion. But it feels heavier and more consequential, because we know precisely where the buck stops for everyone involved. Except Jimmy, whose future remains uncertain as we move forward into the final few episodes.

The return of Walter White and Jesse Pinkman isn’t treated as a big event, or a plot device for Better Call Saul to depend on even as its own narrative continues to soar. It’s a special appearance, and a relevant layer of storytelling as the past, present, and future collide into a singular mass of dramatic brilliance. I’d almost argue their presence is flawed, but only due to the fact that both actors are so much older and can only really inhabit these characters in certain ways without giving the game away completely. The woolly hats never come off throughout the entire episode, while shots are framed in ways that don’t give attention to facial features that risk fans poking holes in continuity. Aaron Paul’s voice is deeper, and Bryan Cranston has a few more wrinkles, but I’d rather the show acknowledge the passage of time instead of paving over cracks with needless digital technology. I’m unsure if the duo will show up again in Better Call Saul, and almost hope they don’t. Their purpose is fulfilled and fans are satiated, with the show now able to focus its precious remaining time on the likes of Jimmy and Kim as they approach the precipice of finality. We could return to the well of nostalgia, but Vince Gilligan and Peter Gould are smart enough to know that newer stories hold more value, and even shows as masterful as Breaking Bad must be put to rest eventually. Besides, Better Call Saul continues to incorporate the impact of Walter White and Jesse Pinkman into its unfolding narrative through subtle and inventive ways. Their appearances are brief, but so many are still paying for the misguided attempts at success that saw so many lives ruined and so many people killed.

We know enough about Jimmy McGill to consider him a good man, or at least know there is still something deep inside him worth saving beneath all the schemes and deception. But right now he has so little to live for. Kim isn’t coming back, there isn’t any lingering drama to pull value from, and in the worst way possible, the world is moving on without him. Gene Takovic is a man out of time with no purpose anymore, so he’ll screw over those with cancer even if it only results in a pittance of monetary reward and an empty reputation as a trickster that everyone around him is beginning to despise. Breaking Bad has always been a show about consequence, and Better Call Saul is now dealing with that bitter truth more than ever.