Home » News » What Does Your Apex Legends Inventory Say About You?

Apex Legends players have been debating over the past week – and not just about whether the Earth is flat or if birds are stronger than water. Whether we’re arguing about the best Legend – the statistics show Valkyrie, but pros are picking some off-meta choices – the best weapon – Flatline/Volt imo – or the best game mode – obviously Control – nobody can seem to agree on anything.

The latest discussion has been regarding the makeup of your inventory. How much ammo you carry, how many meds you hoard, and how many grenades you have on hand – and of which flavour – is all carefully measured by every Apex player. Your playstyle and Legend choice all impact this, too, but I think you can tell a lot about an Apex player based on what they keep in their bags. Yes, that includes you. 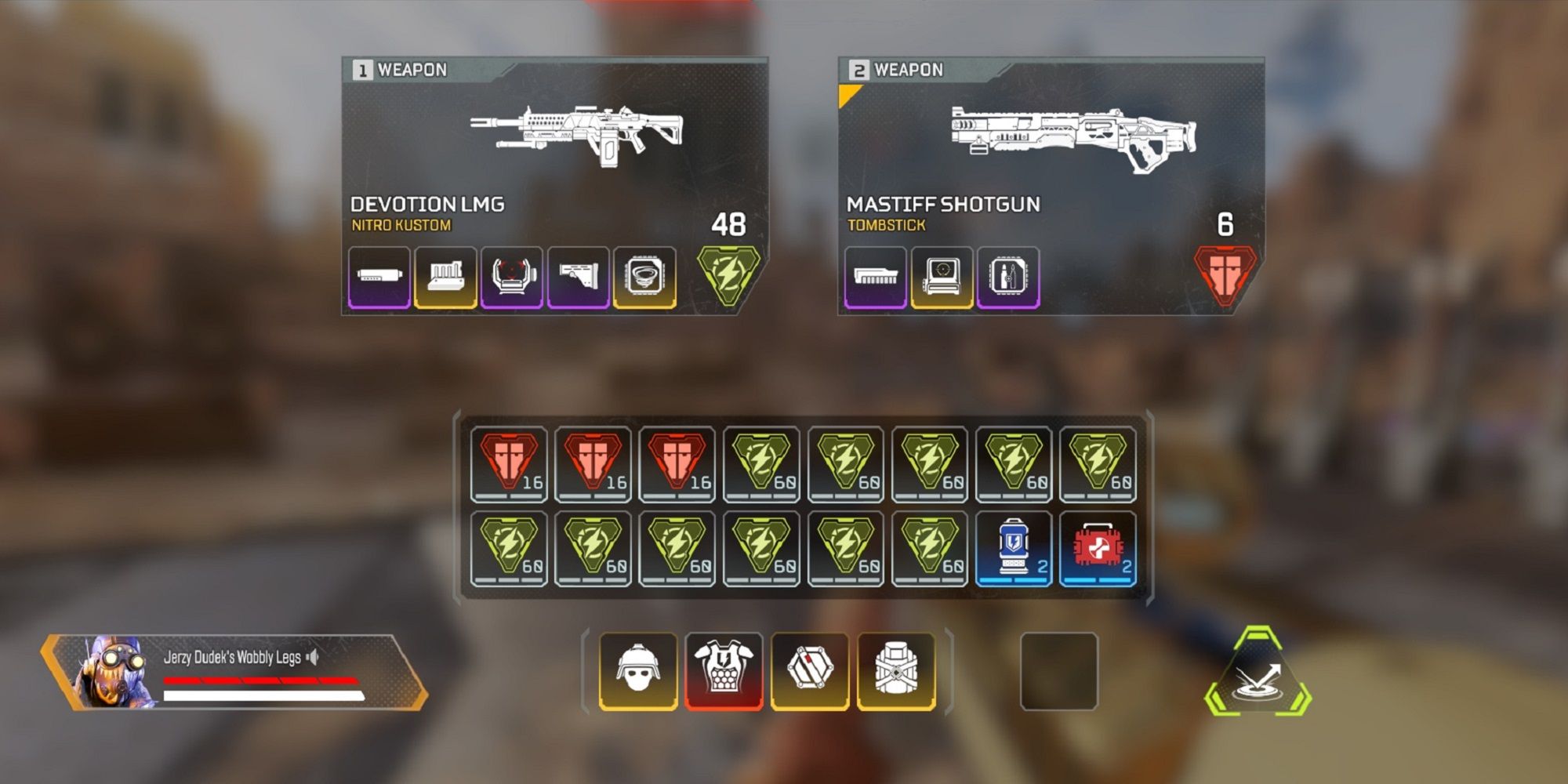 Make sure you’re not running the same weapon as this person. If they’re on Devotion, go R301. If they’ve got a Flatline, don’t pick up that Wingman. If they’re running dual shotguns, ask them why. What has possessed them?

If your inventory looks like this, you’re a loot hoover and a W-key abuser. You will run straight into any fight as fast as possible, with no semblance of tactical nous or a thought to where your teammates are currently positioned. You usually play Octane and stim until you have a slither of health remaining, then stim some more. You pad at the worst possible times and you nick those gold bags from under your Gibby’s nose. Then you deliver said loot straight to a full enemy team, putting a nice little bow on your death box for good measure. 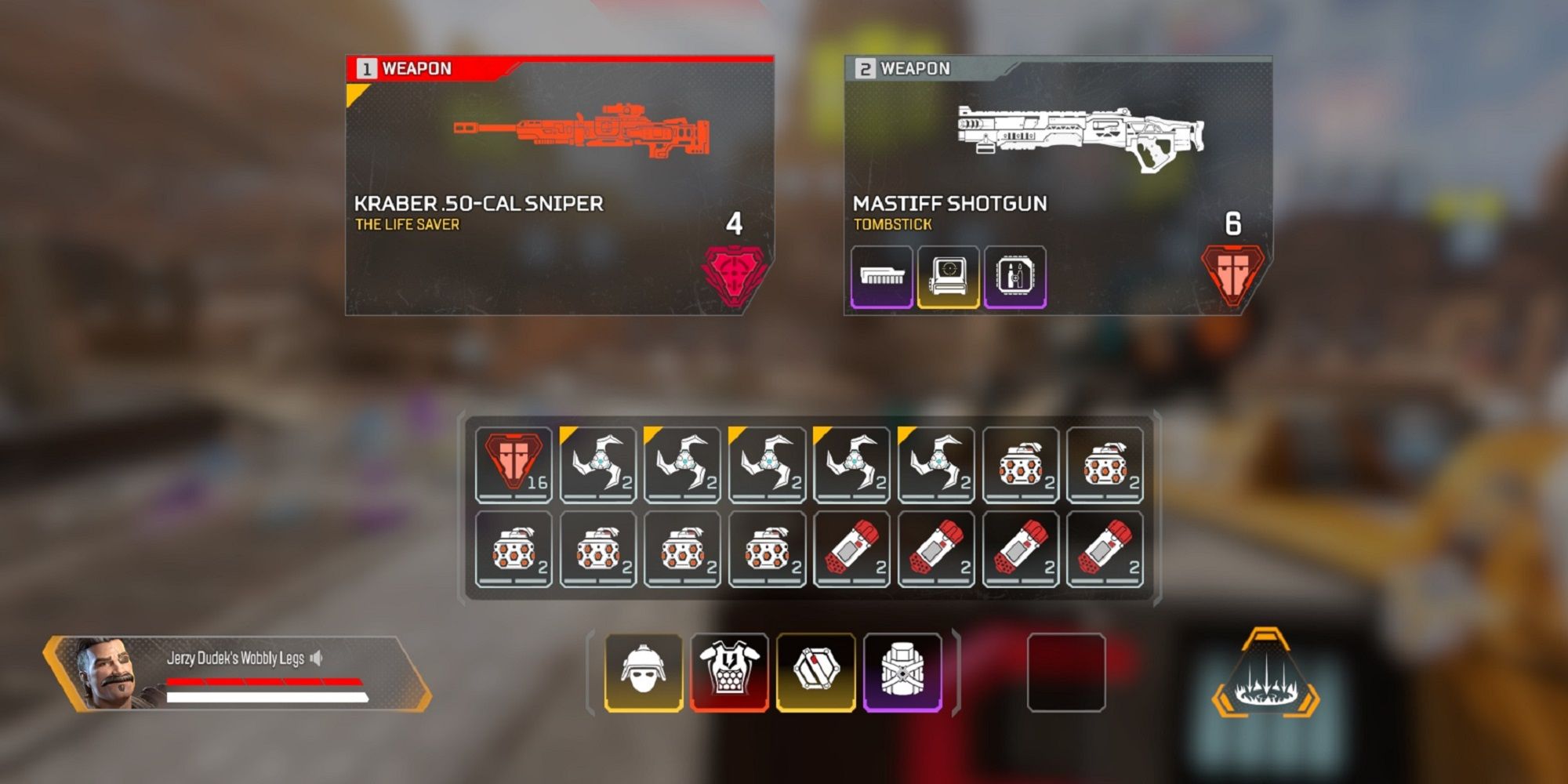 It goes without saying you play Fuse. If you love ‘nades, then there’s no reason not to! I’ve got nothing against the explosive Aussie, but if you’re jumping into a ranked match on solo queue and a Fuse joins your squad, you could be in for an interesting game.

There are some good Fuses out there, but if your inventory looks like this, then you’re not one of them. You don’t know a thing about balance, you just love yeeting grenades from a nearby hill. If your teammates are fighting indoors, you will wait outside until you can use your Ult. Sure, you’re sometimes handy for breaching fortified positions, but one carefully placed Gibby bubble and your whole plan is out the window. Nobody needs eight Thermite Grenades, you’re not even running the Rampage mate.

oh no I just got respawned help me 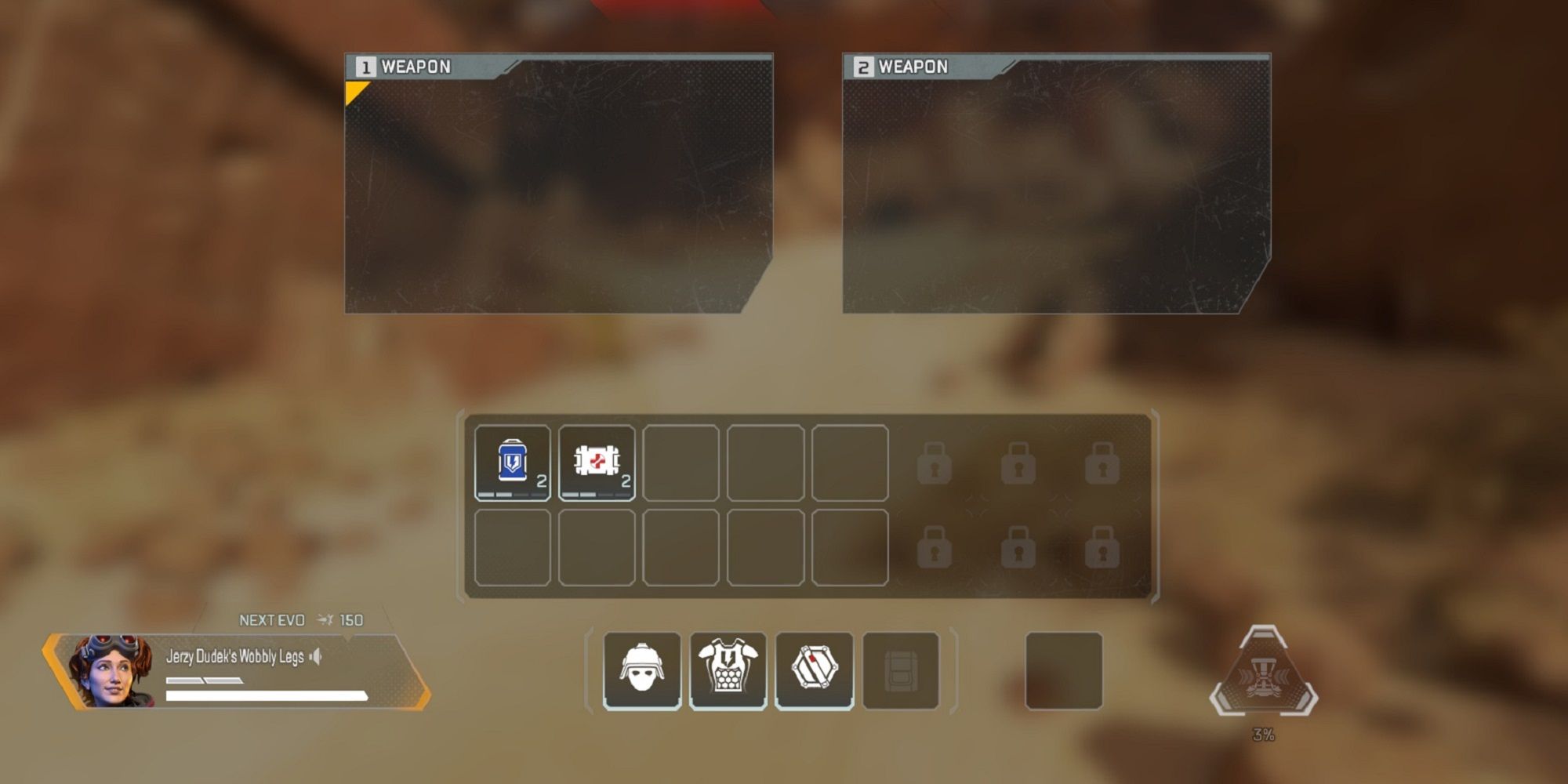 If your solo queue teammates are actually the types to respawn you, it’s inevitable that this will happen. They’ll get to the beacon and call you back into the fight at the precise moment a third party shows up, looted to the nines and ready for a scrap. It’s the Apex equivalent of going for a piss while at the pub with your mates and coming back to a royal rumble with glasses being smashed and chairs flying across the bar. You’re ill-equipped, so you just run around screaming and pinging “looking for a weapon.” What else can you do? 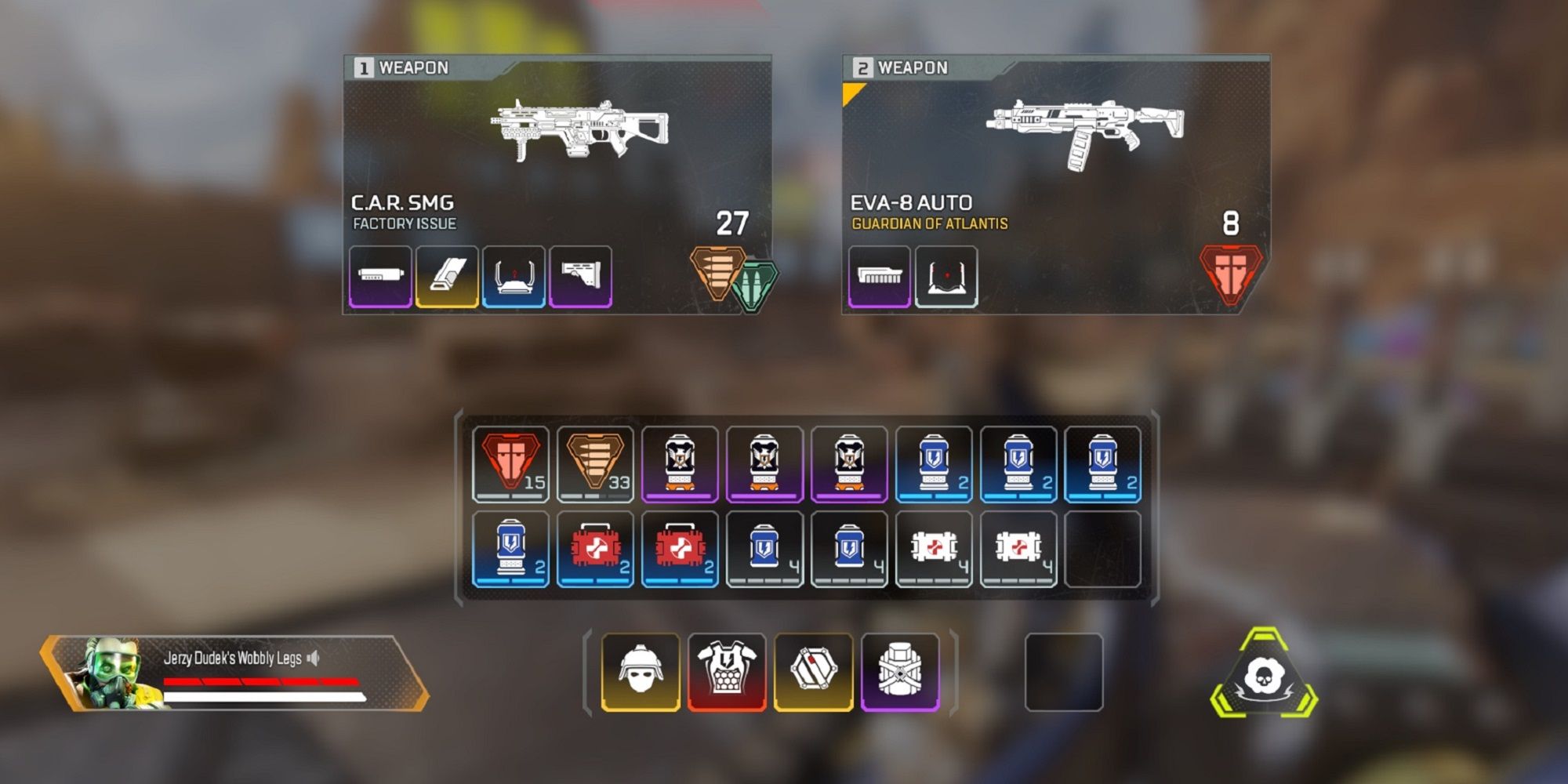 Nobody needs this many shields. I usually carry a few more Shield Batteries than is completely necessary, but that’s because I tend to take a lot of damage and need to reset often until I inevitably run out. Not you, though. You’ll always have plenty of meds, even if it means your teammates are going without.

I have to say, most med hoarders are happy to share the wealth, but you’ll need to be prompted before handing them over. “My shields are broken, anyone got a batt?” your teammate asks. “Oh I’ve got 12, here’s one,” you answer. Rinse and repeat.

Too Much Shooting, Not Enough Looting 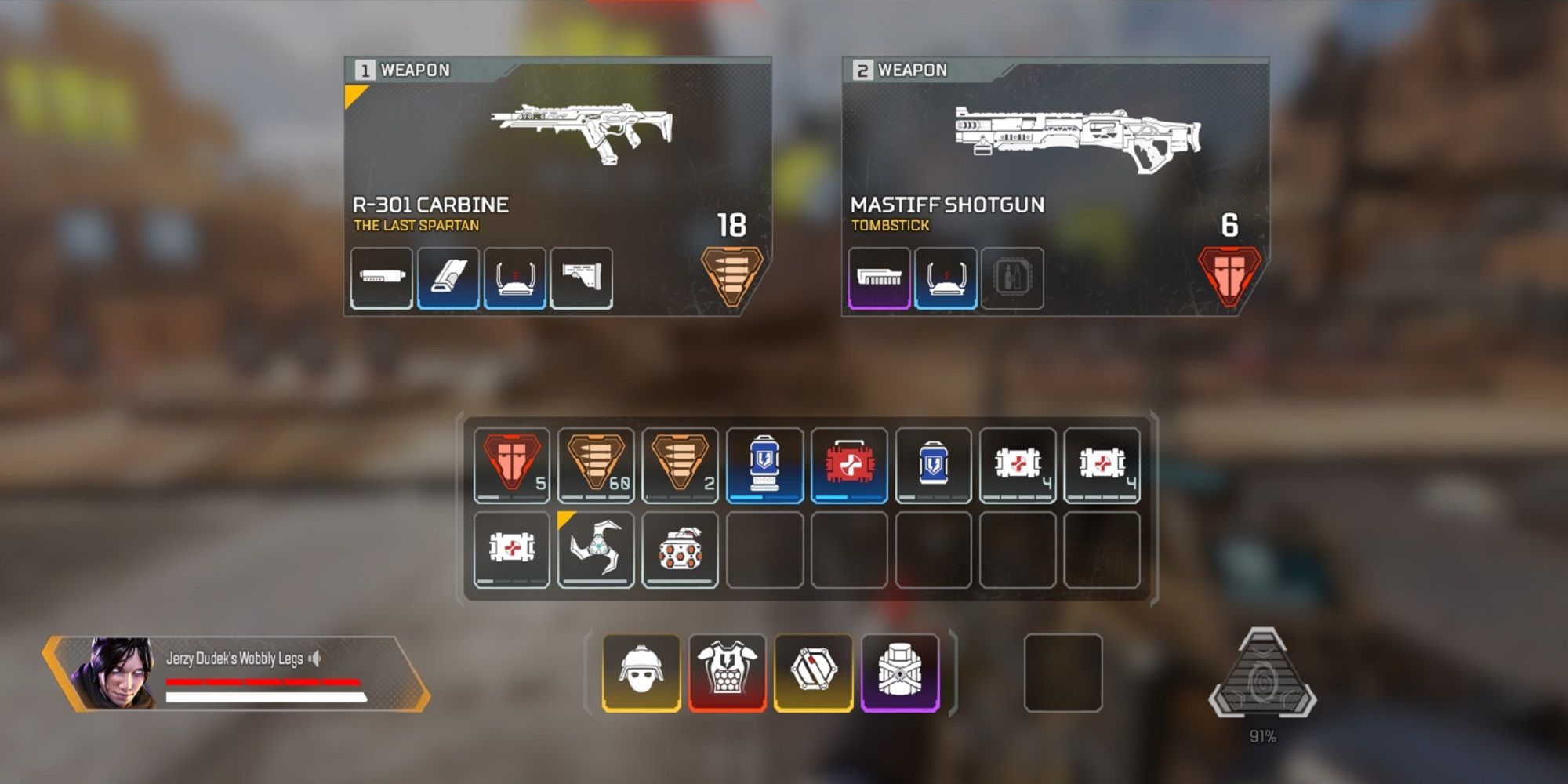 Also known as “the ImperialHal inventory.” You usually play Wraith or Ash, and you’re very good at it. You hit your shots, you’re the entry fragger of your team that’s three-stacking in pubs, and you take 1v3s regularly. You just forget to loot.

You’re too busy taking on opponents and racking up kill points that grabbing a few stacks of Light Ammo is too much to think about. You’ve memorised the most complicated parts of the battle royale: you know the circle endings and the best rotations, but you forget the basics. When was the last time you opened a supply bin after your initial hot drop? There’s no point, enemy death boxes are the best source of loot anyway.

I can’t begrudge players who play like this – they’re usually far better than me, for starters. But if you occasionally look in your inventory when a fight has taken longer than you expected and see more Syringes than Light Ammo, you’ve got a problem. 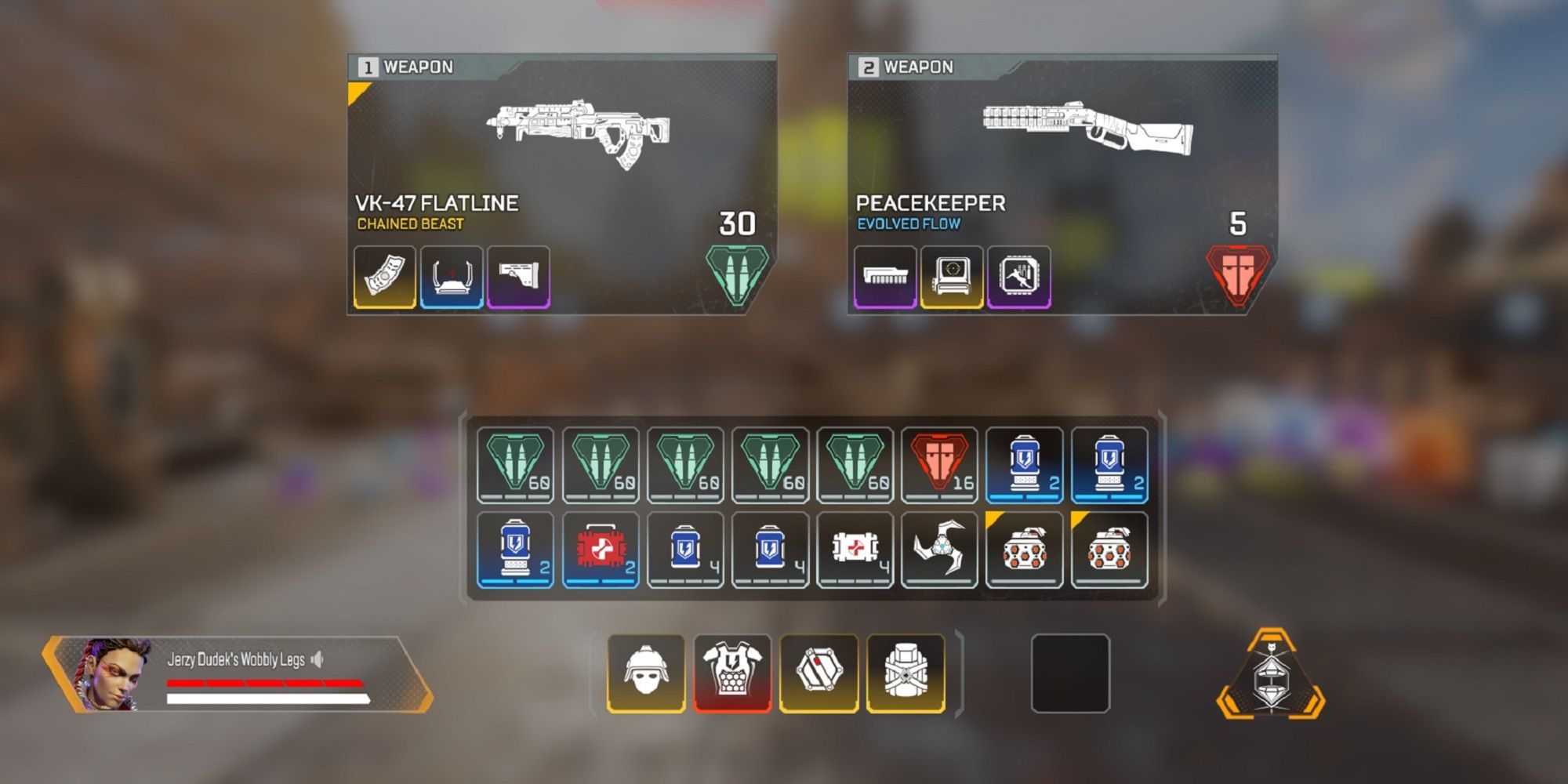 This right here is my perfect inventory. In a perfect match where everything is going well, this is what I aim for my backpack to look like, down to my favourite weapons this season (Care Package notwithstanding). Maybe I’d swap out one stack of Shield Cells for another Arc Star or stack of Heavy Ammo, but you get the picture.

However, with perfect balance comes its own problems. I often spend so much time looting and perfectly balancing my backpack that I end up the opposite of The ImperialHal. I get into a fight and I’ve forgotten that this is a shooting game. My initial reactions are sluggish, and my armour is cracked in my split second of indecision. Should I fire some shots or should I grab those Crafting Materials? Take the shot you idiot.

Which Currency Is Worth The Investment In 2020?